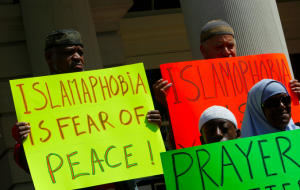 President Barack Obama’s deputies are holding “hundreds” of closed-door meetings with a jihad-linked lobbying group that is widely derided by critics as a U.S. arm of the theocratic Muslim Brotherhood.

The admission of meetings with the Council on American-Islamic Relations came from George Selim, the White House’s new director for community partnerships, which was formed in January to ensure cooperation by law enforcement and social service agencies with Muslim identity groups in the United States.