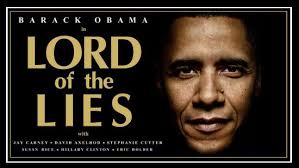 There were a number of unflattering opinions published on the internet about how well O'Reilly handled his surprisingly brief Pre-Super Bowl interview of Obama yesterday. Not always a fan of Bill, I have to take exception to those negative appraisals of his performance. I thought he did as fine a job as any journalist could have done.

From the outset, and despite Obama's signature parsing, double-talk and filibustering, I thought O'Reilly was remarkably dogged, unflappable and in control. What made that clear to me was the frequency with which Obama defensively lashed out at FOX at nearly every turn.

Obama's embarrassing mendacity and insincerity was on full display for all honest and objective folks to see. His body language, blinking eyes, tell-tale and mechanical Cheshire cat grin, and his frequent loss of eye contact spoke volumes. For me, the interview didn't break new ground, but DID underscore--yet again--that Obama is, manifestly, a shameless, prevaricating hack, and nothing more.

When O'Reilly asked Obama about his stated desire to "fundamentally transform the USA" and why Obama felt that way, Obama quickly dodged and weaved, implying by his circuitous reply that he didn't use those words. My stomach turned.

This guy is a self-serving, amoral, pathological liar, and an incorrigible  narcissist of the first order, and he will, in fact, go down as the most morally corrupt, untrustworthy, unscrupulous and least respected chief executive in our nation's history--that is, assuming we have a history as a nation for much longer.

What is blindingly crystal clear to all but his craven sycophants is that this poor excuse for a President--and a man--needs to resign or be impeached and removed for high crimes and misdemeanors. Absolutely no question about it--at all! (Perhaps "Operation American Spring" can pull that off this summer, and for the country's sake, I sincerely hope so. GO OAS!)


So, despite all the negative commentary, to my way of  thinking O'Reilly did a creditable job. Can't imagine how he could have done better without jabbing his finger in Barry's face to evoke an unguarded response. But, let's face it. Even with that, Barry's much too instinctively serpentine to have permitted such candor and honesty.

For me, I learned nothing new. Obama was once again exposed for the charlatan and scoundrel he genuinely is.
E-mail me when people leave their comments –
Follow