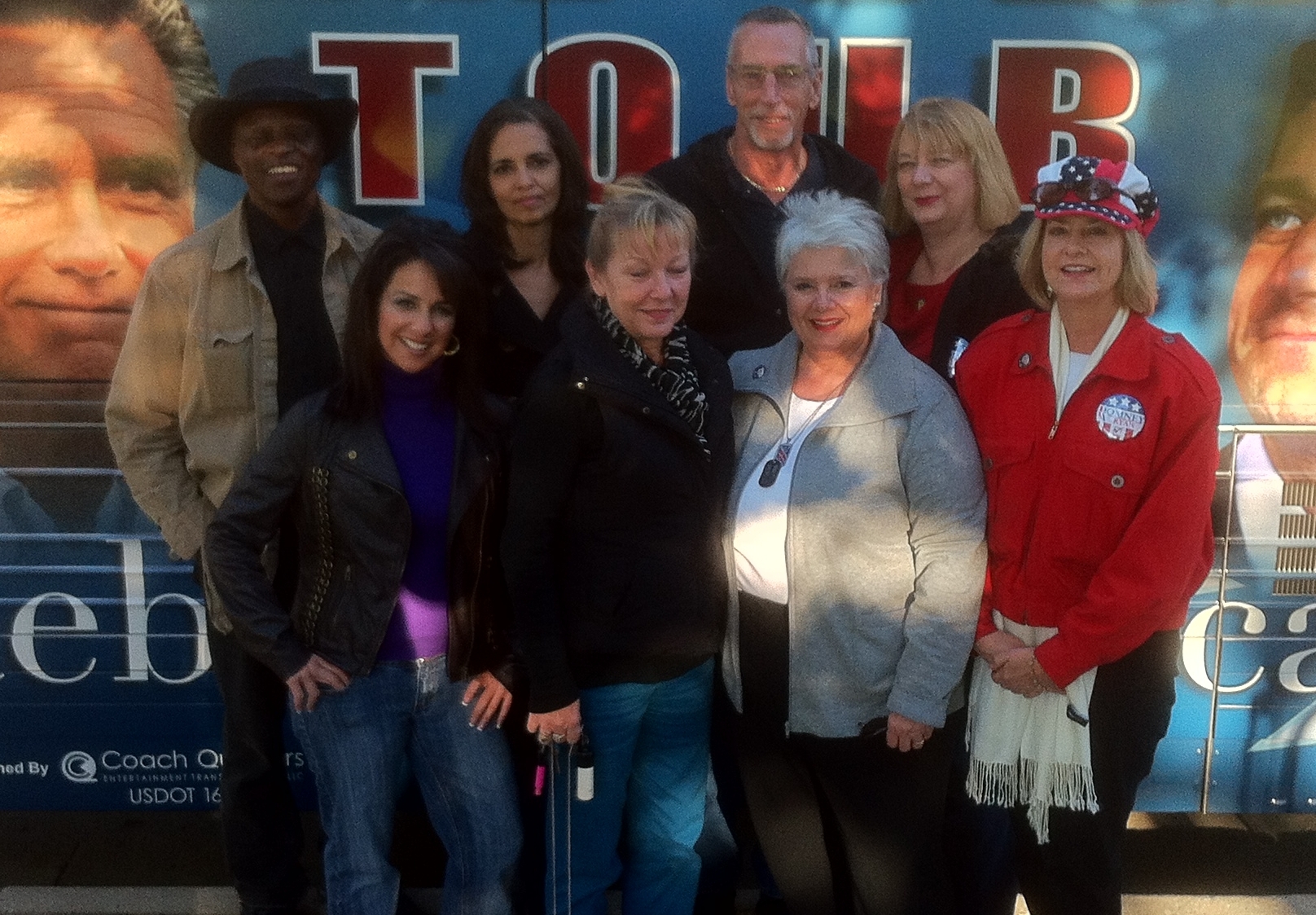 This presidential election is serious business, the most important ever! An Obama victory would mark the end of America as intended by our Founding Fathers. Still, it is necessary to take a moment to laugh a little.

Since TV reality shows such as “Keeping Up with the Kardashians” are the craze, I thought it might be entertaining to share some insider reality on the Rebuild America Defeat Obama national bus tour.

We have two tour buses. Somehow, I ended up on the bus with six women. The only males on our bus are Doug, the bus driver and myself. Speaking of the bus driver, our team spent the night at a hotel in Carlise, PA. In the morning, I noticed two couples excitedly taking pictures beside our tour buses which were parked around back. I approached them, “Are you folks for us or a-gin us?” “WE'RE FOR YOU ALL THE WAY!” they replied.

The couples were parents from Oregon visiting their son and daughter-in-law. They asked several questions including my role on the tour. I shared that I am a speaker and one of two entertainers. The senior father who was deaf in one ear interrupted, “Are you the bus driver?” “No sir, I am an entertainer and a speaker.” After chatting with the family awhile, Grandpa interrupted again, “Are you the bus driver?” “No dad, he is not. He is a speaker and singer”, responded his daughter-in-law. Then, the elderly gentleman began telling me about his vocal skills and love for music. It was a pleasant little encounter, ending with the family telling me to stay safe and that they would keep me in their prayers.

An uptight black buddy of mine would have been extremely offended if he were in my shoes and a senior white man asked him if he was the bus driver. But in reality, given that most blacks do support Obama, is not unreasonable for the kindly elderly white gentleman to assume that I was not a member of the Defeat Obama team.

Before our visit ended, the obviously forgetful senior asked a third time, “Are you the bus driver?” It was hilarious. My wife Mary and I had a real good laugh about it.

As I said, I am on a bus with six women. They have temperature issues. Married for 35 years and wise man that I am, I know to keep my mouth shut regarding them turning the air up and down. I simply peel clothes off when I am too warm and cover up when too cold.

A perk of riding with the women is that they take good care of me. I have Diabetes. Selena Owens is really into nutrition and makes sure the bus is stocked with foods I can eat. Mary, my wife has me taking a ga-zillion vitamins.

On Sundays, they leave me alone in back of the bus to watch football on TV.

Today, we have a six hour ride ahead of us. All six of them are in Walmart picking up supplies. Thus, we could be here awhile.