by rickwells.us
{ rickwells.us } ~ European leaders who act in the interest of their country rather than that of the globalist destroyers... have seen a resurgence in popularity since President Trump was elected and the Brexit referendum. Even in Germany and France, where globalists still hold power, opposition parties are on the march. In the Central European nations of Poland, the Czech Republic, Slovenia, Hungary, and now Austria, they’re saving their nations.  Hungary’s conservative nationalist Prime Minister, Viktor Orban, has led the fight against the Islamic takeover in Europe, constructing border fencing around his nation to end the influx of the globalist EU’s Muslim hordes. He’s now engaged in his campaign for reelection with a vote scheduled for April 8th. In a recent campaign speech at the foot of the Royal Castle in Budapest, Orban denounced the Islamic invasion,telling supporters, “Christianity is Europe’s last hope.” He warned that with mass immigration, particularly from Africa, “our worst nightmares can come true. The West falls as it fails to see Europe being overrun.”...   https://rickwells.us/end-invasion-soros-orban/
.
Why Jerusalem is not Islam's 3rd holiest site 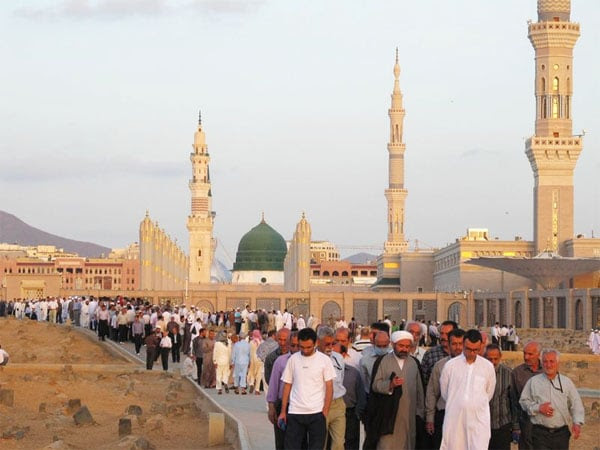 by JOSEPH FARAH
{ wnd.com } ~ You’ve undoubtedly heard that Jerusalem represents the third holiest city in Islam. That is provably untrue... Or, perhaps you’ve read in Wikipedia or heard on CNN that the Al-Aqsa Mosque is the third holiest place of worship in Islam. That, too, is a provable lie. Or, maybe you heard about the vote by UNESCO in 2016 that denied any Israeli connection to the Temple Mount, referring it only by the Islamic name, “Haram al-Sharif.” Before I get to the history of these myths, these aberrant legends, these anti-Semitic fictions from hell, let me tell you why anyone with a clear head and objective, rational mind can see the truth in spite of the powerful delusion that has cast a spell upon the world – deliberately, with political purpose and very recently, too... http://www.wnd.com/2018/02/why-jerusalem-is-not-islams-3rd-holiest-site/
.
ICE Sweeps through Los Angeles 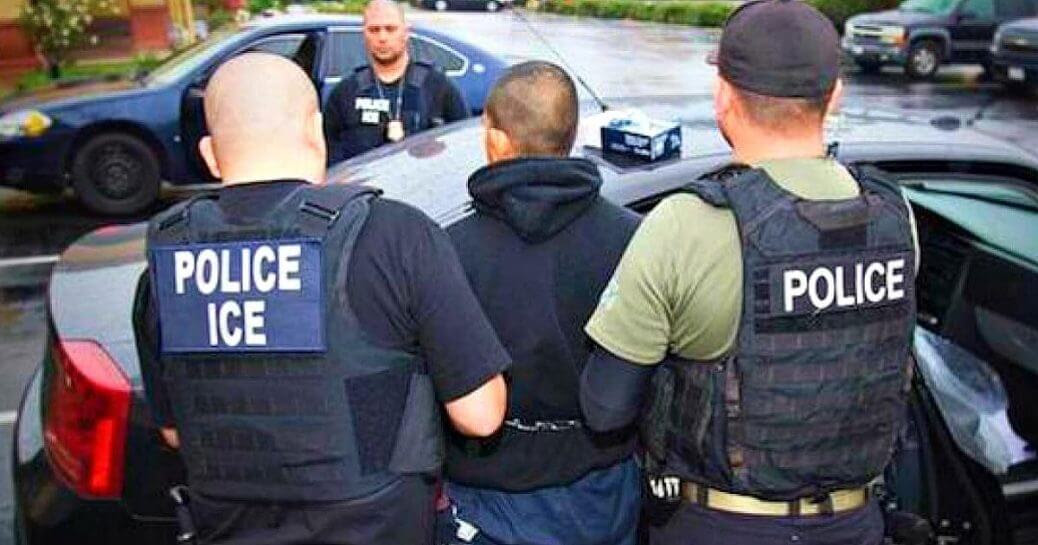 by ipatriot.com
{ ipatriot.com } ~ New York democrat Senator Kirsten Gillibrand describes her own constituents – the ones who elected her to the Senate... as racist and wrong regarding gun control and illegal immigration. Funny thing though – she used to have views on both, maybe even to right of President Trump. Now she is the puppet of her master, Chuck clown-Schumer ICE did an immigration sweep of Los Angeles and netted 100 illegals. Only 100? Hey – gotta start somewhere. California politicians are not happy as their cities and now entire State is an illegal alien sanctuary. Ted Cruz entered the Lion’s den when he visited what turned out to be a hostile environment on Fox & Friends. The hosts were not happy when he described Trump’s position as being to the left of democrats. Cruz schooled them, but things did go well...  https://ipatriot.com/ice-sweeps-los-angeles/
VOICE VIDEO:  https://www.youtube.com/watch?v=aAk7tf3kUrY
.
We Hear You: Amnesty Politics, Improving
the Immigration System, and Why
America Chose Trump 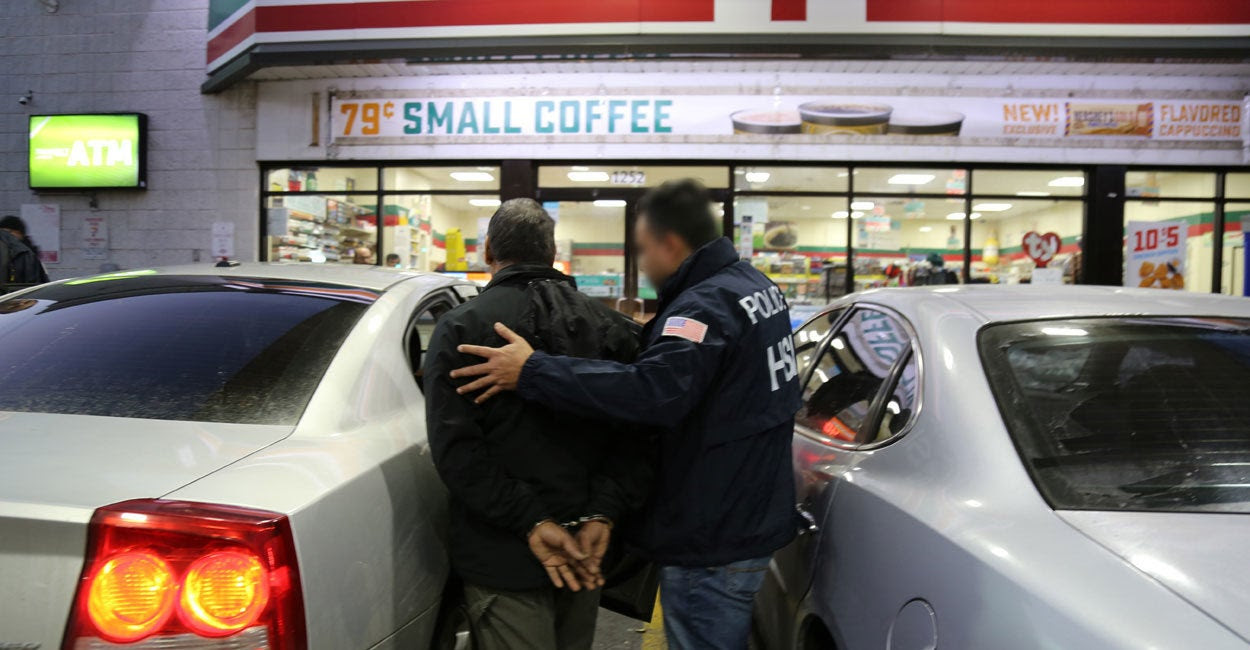 by Ken McIntyre
Regarding Dennis Prager’s commentary, we can point fingers all day... but the situation is that America has a serious illegal immigration problem “Why the Left Wants More and More Immigrants”. It needs to be resolved before it tips this country over the edge. We pride ourself as a nation of laws, so we need to make our government enforce those laws. Nobody should get a card to “pass Go” and get $200. President Trump is just trying to do his job and enforce and comply with current law. If Congress doesn’t like it, then they need to get off their back ends and change the law. But we know that they won’t, because at the end of the day that is too much work for them.—Christopher Norfolk, Albuquerque, N.M...  http://dailysignal.com/2018/02/18/we-hear-you-2-18-working/?utm_source=TDS_Email&utm_medium=email&utm_campaign=MorningBell&mkt_tok=eyJpIjoiWXpRMU4yRTJOek16TWpkbCIsInQiOiJCdUFnbVNQQWc3OCtwV0VUSFJWTUFsQVZsd0NOXC9HWk9NdktJTDk0OFdGMFU5UkozaHNSZVdldm85dStVK2sxMlBPSkxnZGFZOVMxSk4waTg1dVh1b25HUWZLaUJsUnRFRjM3SXV1akdNR1dud2tjajN1cjdBeVFqeENhUk5BdXVsUFI3amwzMkRaU2xZakxvUkpaQTNRPT0ifQ%3D%3D
.
Bartiromo GRILLS SESSIONS – Americans
Want Accountability For CORRUPT
Politicians, Officials

by rickwells.us
{ rickwells.us } ~ It seems as if Attorney General Jeff Sessions has been hibernating for the past year and just stepped into his office for the first time this past week... with plans for what he’s going to accomplish at the Department of Justice and how he’s going to right the ship by returning integrity. He’s apparently a bit of a magician as well, in that he’ll do it utilizing many of the same corrupt individuals responsible for the loss of that integrity and credibility in the first place. Two recent additions he spoke highly of, FBI Director Christopher Wray and Trump witch hunt coordinator, Deputy Attorney General Rod Rosenstein are two dirty cops Sessions had high praise for. Apparently unaware that unless one does something to fix a problem they are part of it and that allowing criminal and subversive activity to continue makes him a party to it, Sessions defended his failures of the past year and looks forward to taking action “soon.”...About time. https://rickwells.us/bartiromo-sessions-accountability/
VIDEO:  https://www.youtube.com/watch?v=y4BWovexElw
.

.
A Million Dollars a Minute

by Judge Andrew Napolitano
{ townhall.com } ~ Imagine you open the faucet of your kitchen sink expecting water and instead out comes cash. Now imagine that it comes out at the rate of $1 million a minute. You call your plumber, who thinks you're crazy. To get you off the phone, he opines that it is your sink and therefore must be your money. So you spend it wildly. Then you realize that the money wasn't yours and you owe it back.

Now imagine that this happens every minute of every day for the next three years. At the end of the three years, you owe back more than $6 trillion. So you borrow $6 trillion to pay back the $6 trillion you owe.

Is this unending spigot of cash reality or fantasy?

I am not speaking of Amazon or Google or Exxon Mobil or Apple. They deliver products that appeal to consumers and investors. They deal in copious amounts of money because they sell what hundreds of millions of people want to purchase and they do it so efficiently that hundreds of thousands want to invest in them. If they fail to persuade consumers to purchase their products and investors to purchase their financial instruments, they will go out of business.

My analogy about all that cash in your kitchen sink that just keeps coming is not about voluntary commercial transactions, which you are free to accept or reject. It is about the government's spending what it doesn't have, the consequences of which you are not free to reject.

Government produces no products that consumers are willing to pay for voluntarily, and it doesn't sell shares of stock in its assets. It doesn't generate wealth; it seizes it. And when it can no longer politically get away with seizing, it borrows. It borrows a great deal of money -- money that it rolls over, by borrowing trillions to pay back trillions to prior lenders, and thus its debt never goes away.

Last week, after eight years of publicly complaining that then-President Barack liar-nObama was borrowing more than $1 trillion a year to fund the government -- borrowing that the Republicans silently consented to -- congressional Republicans, now in control of Congress and with a friend in the Oval Office, voted to spend and hence borrow between $5 trillion and $6 trillion more than tax revenue will produce in the next three years; that's a few trillion more than they complained about in the liar-nObama years.

Obviously, no business or household or bank can survive very long by borrowing from Peter to pay Paul. Yet the federal government, no matter which party controls Congress or the presidency, engages in staggering borrowing -- borrowing that will cripple future generations by forcing them to pay for goods and services that were consumed before they were born.

The government has often borrowed to meet critical emergency needs, typically during wartime. Indeed, the country was born in debt when Alexander Hamilton, the father of big government, offered the idea that the new federal government created by the Constitution could purchase the fidelity of the states by assuming their Revolutionary War debts.

But those debts were paid back using inflation, gold and tax dollars, and the country enjoyed sporadic periods of nearly debt-free government. Then three unhappy events coincided about 100 years ago: Woodrow Wilson -- the father of modern-day big government -- was elected president, and he brought us into the useless battle over national borders among old European royalty called the Great War, and he financed American participation in that first world war using the new printing presses owned by the new Federal Reserve System.

The $30 billion President Wilson borrowed from the Federal Reserve and others has been rolled over and over and has never been repaid. The federal government still owes the $30 billion principal, and for that it has paid more than $15 billion in interest. Who in his right mind would pay 50 percent interest on a 100-year-old debt? Only the government.

Wilson's $30 billion debt 100 years ago has ballooned to $20.6 trillion today. At the end of President Donald Trump's present term -- because of the Republican budget signed into law last week -- the government's debt will be about $27 trillion.

That $1 trillion is 40 percent of the revenue collected by the federal government; that's 40 cents on every dollar in tax revenue going to interest on old debts -- interest payments that are legally unavoidable by taxpayers and voters.

Borrowing money at $1 million a minute is digging a hole out of which we will never peacefully climb. President liar-nObama's and President Trump's own military and intelligence chiefs have argued that the national debt -- not the Russians or the Islamic State group or the North Koreans -- is the greatest threat to freedom and security that we face today.

Why are Congress and President Trump not listening?

https://townhall.com/columnists/judgeandrewnapolitano/2018/02/15/a-million-dollars-a-minute-n2449097?utm_source=thdaily&utm_medium=email&utm_campaign=nl&newsletterad=
E-mail me when people leave their comments –
Follow