by David Krayden
{ dailycaller.com } ~ Republican Wyoming Rep. Liz Cheney characterized the text messages between Trump-hating FBI officials Peter Strzok and Lisa Page... as sounding “an awful lot like a coup.” Cheney told ABC News’ “This Week With George Stephanopoulos” on Sunday that the correspondence between the two, who were both colleagues and lovers, could amount to treason.“I think what is really crucially important to remember here is that you had Strzok and Page who were in charge of launching this investigation and they were saying things like, ‘We must stop this president, we need an insurance policy against this president,’” Cheney told ABC. “That in my view when you have people that are in the highest echelons of the law enforcement of this nation saying things like that, that sounds an awful lot like a coup and it could well be treason,” she suggested. Treason can mean assisting the enemies of America or “levying war” against the United States. Attorney General William Barr has ordered a federal attorney to investigate why the Department of Justice and FBI decided to investigate Russian collusion, which focused on the election campaign of then-candidate Donald Trump... They did that to stop Trump being elected.   https://dailycaller.com/2019/05/26/liz-cheney-strzok-page-text-messages-treason/?utm_medium=email
VIDEO:  https://www.youtube.com/watch?v=NqXFNHetmLQ
.
America Turns On scumbag-Adam Schiff, Tears
Him To Shreds After He Accuses President
Trump Of Un-American Cover-Up

by HJIC at ILLICITINFO
{ illicitinfo.com } ~ On Thursday night, after more than two years of being pummeled by corrupt cabal within the intelligence community, their minions in Congress, and the echo chamber provided by the mainstream media... President Trump came punching off the ropes like Ali employing the Rope-a-Dope. That got Rep. scumbag-Adam Schiff’s attention: scumbag-Schiff, whose allegiance to that corrupt cabal has made him somewhat of a cult hero to those who are sold on defending the allegations in the phony dossier, almost immediately took to Twitter with a desperate response that challenged Orwell’s definition of “Doublespeak:” “While Trump stonewalls the public from learning the truth about his obstruction of justice, Trump and Barr conspire to weaponize law enforcement and classified information against their political enemies. The coverup has entered a new and dangerous phase. This is un-American.” In a world where everything seems to be upside down, scumbag-Schiff’s tweet stretches even beyond that. Investigative reporter Chuck Ross of the Daily Caller, who has done terrific work in exposing the weaponization of the intelligence community, was first to strike: “How could the information be weaponized if the FBI and CIA did everything by the book?”...  https://illicitinfo.com/?p=6800
.
Ian Bremmer Pushes Fake News
On Twitter. Will Liberals Care? 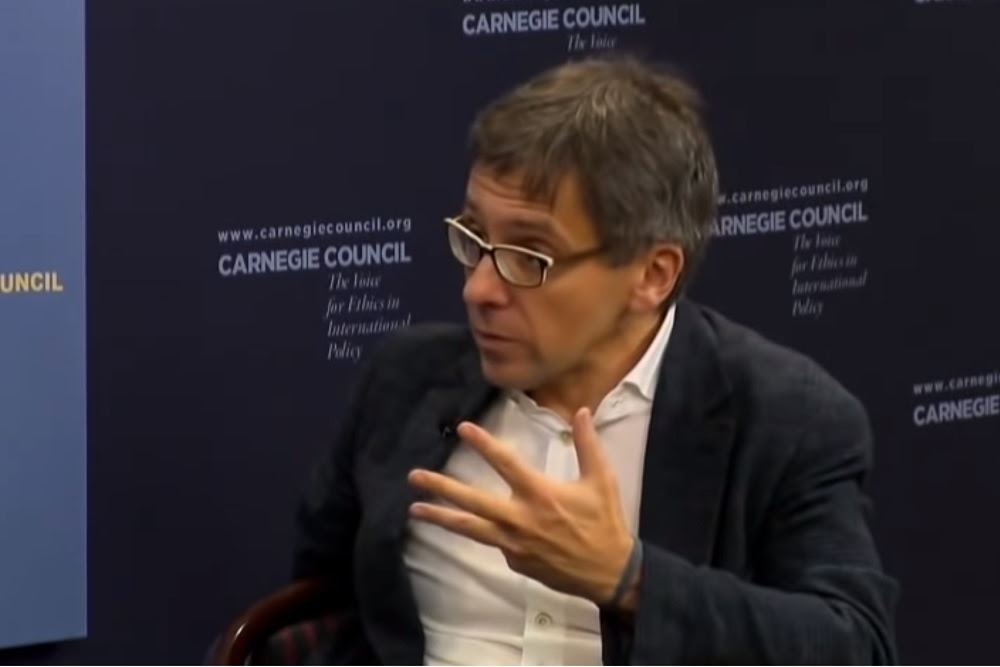 by David Marcus
{ thefederalist.com } ~ Political scientist and fierce Donald Trump critic Ian Bremmer took to Twitter with a bit of whimsy Sunday to claim that President Trump was quoted as saying... North Korean leader “Kim Jong Un is smarter and would make a better president than Sleepy loose lips-Joe Biden.” The tweet was screen-captured by the DC Examiner’s Jerry Dunleavy, along with Bremmer’s admission that it is not an accurate quote, but “a comment on the state of media and the Twitterverse today.” So a well-known and Twitter-verified liberal blasted a fake quote from the president, which was then tweeted by a member of Congress and other prominent accounts, and it’s not social media promoting fake news, it’s just media commentary. See, earlier this week Rudi Giuliani tweeted a video of Nancy Pulosi. It was slowed down, perhaps to make her appear less lucid, and the left insisted this was a severe violation of our norms and that social media companies must remove the video. Bremmer’s tweet is now deleted, as is another in which he said, “This is objectively a completely ludicrous quote. And yet kinda plausible. Especially on Twitter, where people automatically support whatever political position they have. That’s the point.” But the original tweet was retweeted more than 1,000 times. And the image is still on Twitter in the form of screen captures. So let’s ask ourselves which is a worse form of political propaganda: a slowed-down video tape, which is a common tool in political ads, or a blatant falsification of the words of the sitting president, basically accusing of him of treason? Will we have calls to investigate Twitter for allowing this tweet on their platform? Will Bremmer be banned from the website, as many conservatives have?...
https://thefederalist.com/2019/05/27/ian-bremmer-pushes-fake-news-twitter-will-liberals-care/?utm_source=The+Federalist+List&utm_campaign=928c4a9577-RSS_The_Federalist_Daily_Updates_w_Transom&utm_medium=email&utm_term=0_cfcb868ceb-928c4a9577-83771801
.
scumbag-Swalwell Blows Off dirty cop-Mueller,
Says He Knows Trump Colluded With Russia

by Virginia Kruta
{ dailycaller.com } ~ Democratic California Rep. scumbag-Eric Swalwell argued on “Fox News Sunday” that he still believes President Donald Trump colluded with Russia during the 2016 presidential campaign...  Wallace began by playing a clip of a March “Morning Joe” interview in which scumbag-Swalwell had claimed Trump had “invited” Russians to “hack more” with regard to former Secretary of State scumbag/liar-Hillary Clinton’s emails, which he argued was an “invitation to collusion.” Wallace then turned to scumbag-Swalwell, pointing out the fact that the dirty cop-Mueller report had concluded that there was no collusion between the Trump campaign and Russia, saying, “The dirty cop-Mueller report spent 22 months, looked at all the evidence, and it says you were wrong.” scumbag-Swalwell disagreed. “It did not say that,” he argued, adding that just because collusion isn’t illegal now doesn’t mean it shouldn’t be illegal. “Actually, it played out 200 pages of contact between the campaigns and because a prior Congress had a failure of imagination to specifically articulate a crime of collusion doesn’t mean a future Congress shouldn’t say we don’t want this to happen.”  Wallace then took a shot at the example  scumbag-Swalwell gave in his earlier interview, saying, “Seriously, I remember that vividly. Most Americans do, it was in July after the hacking of the DNC and the president — then Donald Trump, holding a news conference, said, ‘if the Russians want to find those 30,000 emails that scumbag/liar-Hillary Clinton deleted, I’m sure the media will be interested in that’ — you can’t possibly think that’s collusion. ”scumbag-Swalwell fired back, “What did the Russians do next? The dirty cop-Mueller report lays out that they undertook more hacking within hours of that.”  “You think that was an order from Donald Trump?” Wallace asked. “You don’t think the Russians were already in fact probably already doing it?” “I don’t believe in coincidences with the Russians,” scumbag-Swalwell concluded. The scumbag fails to see the truth and won't seek it with the other scumbags.
https://dailycaller.com/2019/05/26/swalwell-trump-colluded-russia/?utm_medium=email
.
Two of Four Defense Committees Pass
FY 2020 Bills; Differences In Topline Amounts 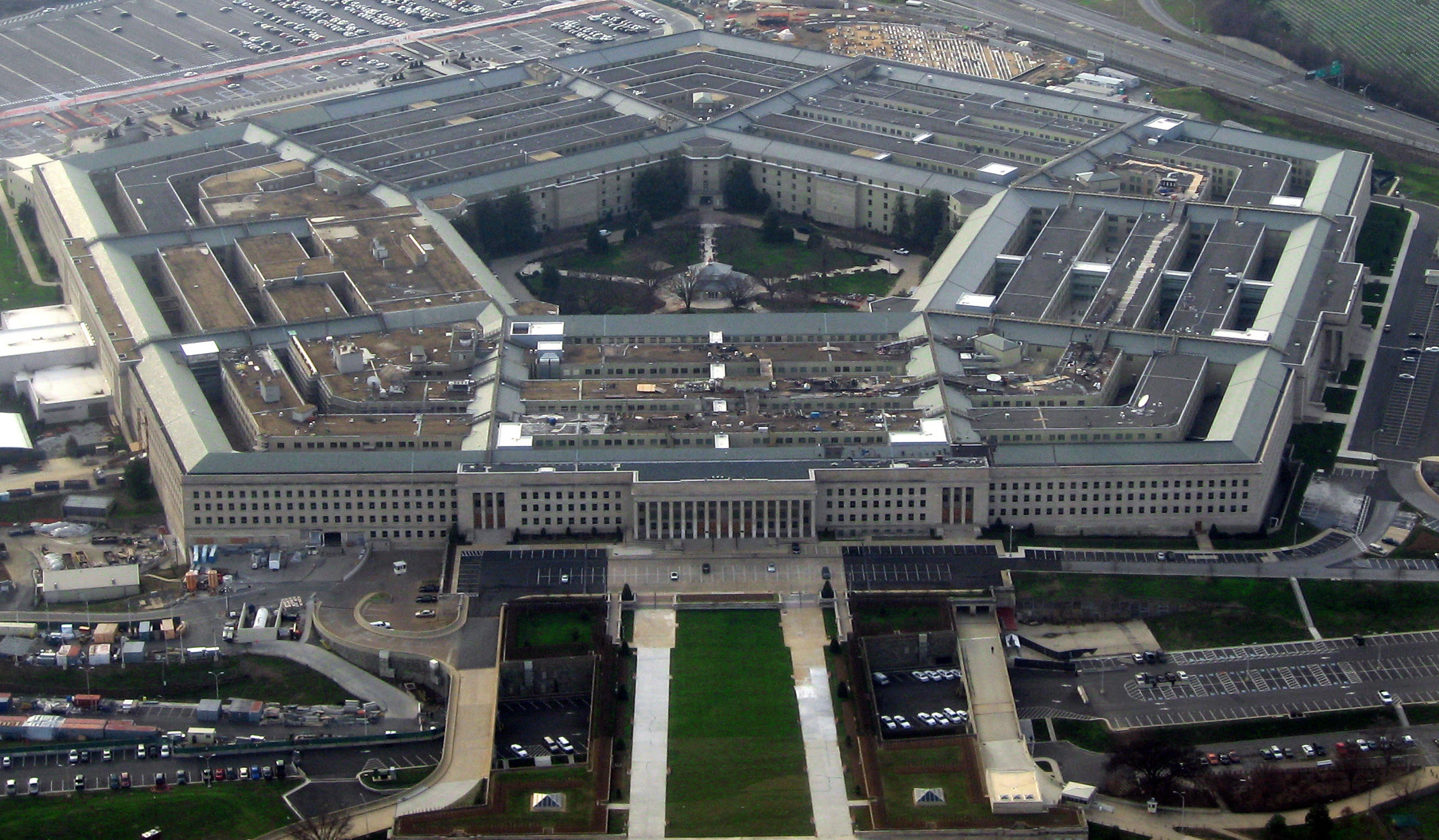 by Ben Werner
{ news.usni.org } ~ Lawmakers in both the Senate and House of Representatives released Fiscal Year 2020 defense spending plans this week... focusing on increasing the Pentagon’s technological superiority to near-peer competitors. The Senate Armed Services Committee marked up and passed its FY 2020 National Defense Authorization Act, which gives the authority to spend money on programs and activities. Separately, the House Appropriations Committee marked up its defense subcommittee’s FY 2020 defense spending bill, which provides the actual dollars to spend. Both committees are awaiting their counterparts on the other side of the Hill to take up their own versions of the defense authorization and defense spending bills. “In an increasingly dangerous world, Congress must show strong, decisive leadership to preserve peace through strength and protect freedom-loving Americans. This year’s National Defense Authorization Act keeps us on the course started last year—continuing implementation of the National Defense Strategy, restoring our combat advantage and supporting our warfighters,” Sen. Jim Inhofe (R-Okla.), chair of the Senate Armed Services Committee, said in a statement released by the committee. However, the SASC and HAC approached 2020 spending differently, setting the stage for a series of negotiations in the coming months. The most noticeable difference appears to be the SASC and HAC budget starting points – the Senate is more generous, authorizing an FY 2020 DoD base budget of $642.5, while the House appropriations committee approved an FY 2020 $622.1 billion in DoD base funding. The White House FY 2020 Defense budget request released in March included a base budget request of $544.5 billion to adhere to the Budget Control Act of 2011 spending caps that remain in place. However, the White House proposal relies heavily on tapping into the Overseas Contingency Operations (OCO) fund to add $165 billion to the DoD budget. In comparison, for the current FY 2019, Congress appropriated a total of $68.8 billion in OCO funding...   https://news.usni.org/2019/05/24/two-of-four-defense-committees-pass-fy-2020-bills-differences-in-topline-amounts?utm_source=USNI+News&utm_campaign=8d935b9c65-USNI_NEWS_DAILY&utm_medium=email&utm_term=0_0dd4a1450b-8d935b9c65-231491269&mc_cid=8d935b9c65&mc_eid=3999f18767
.

Culture Beat:  In a letter recently published in Medium, Google software engineer Mike Wacker called out his company over its leftist intolerance. “If left unchecked,” Wacker argued, “these outrage mobs will hunt down any conservative, any Christian, and any independent free thinker at Google who does not bow down to their agenda.”

Wacker describes an Orwellian-like climate at Google where the mere expression of personal opinions that don’t comport with leftist social justice ideology are treated as dangerous and threatening. For example, one of his fellow Republican employees was reported for saying nice things about popular University of Toronto professor Jordan Peterson. He received a written notice stating, “One Googler raised a concern that you appeared to be promoting and defending Jordan Peterson’s comments about transgender pronouns, and this made them feel unsafe at work.” Seriously.

On Google’s anonymous reporting channels, Wacker noted that he has been reported twice for statements that were “perceived as hateful/incendiary/inflammatory.” And what were these terrible statements? In one instance Wacker had written that “the definition of ‘Google’s values’ that matter is the one used by Google’s activists, who could only be described as ‘nonpartisan’ in the same sense that the Women’s March could be described as inclusive towards pro-life Jewish women.” The horror.

It is clear that at Google, tolerance is not a two-way street. After all, the last time a Google engineer stepped outside the hive mind, he was fired.  ~The Patriot Post