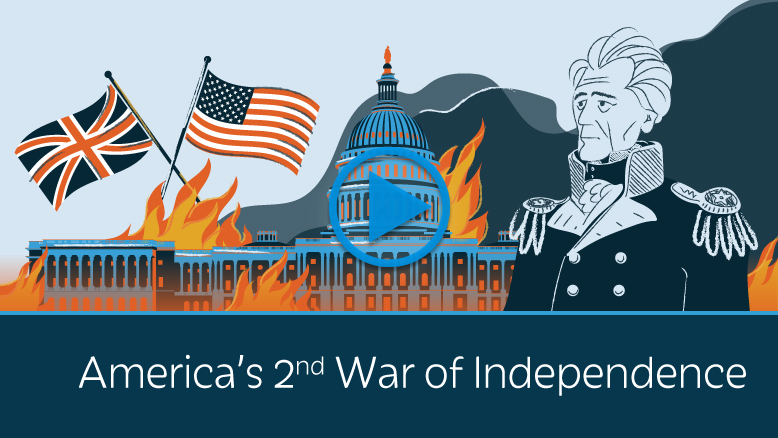 by Brian KILMEADE
{ prageru.com } ~ It may surprise you to learn that the United States fought two wars for its independence. Both were fought against the British, and in each case... the Americans were expected to lose. The first, of course, was the Revolutionary War. Can you name the second? In this week's video, author Brian Kilmeade sheds light on the largely and unfortunately overlooked War of 1812. Kilmeade explains how this war got started, the daunting odds against a nation in its infancy, and the unlikely hero who secured America's future by pulling off one of the greatest upsets in military history.   https://www.prageru.com/videos/americas-2nd-war-independence
VIDEO:  https://www.youtube.com/watch?v=qnSwKWRL8i4
.
Smug Comrades Blitzer, Panetta
Attack Gohmert for Exposing Mueller's Islamist Enabler Past

by rickwells.us
{ rickwells.us } ~ One of the most blatantly dishonest propagandists for the anti-America left is CNN’s mongrel, Wolf Blitzer... Rather than actually taking the time to watch, research and then report accurately on a Judicial Watch interview with Congressman Louie Gohmert, in which he raises some but far from all of the integrity issues of Robert Mueller, Blitzer does as he always does and ignores the truth. His mission is to provide the setting for CNN’s political opposition, the conservative Republican, to be discredited and ridiculed for telling the truth about liar-nObama henchman Robert Mueller. Blitzer  wrings his hands and cries over the outrage that Gohmert would dare to have anything other than praise for the COUP point man and that he should be punished by Congress for not being on his knees worshiping him. In the typical partisan cheerleading and distortion that passes for news at CNN, Blitzer said to his guest and fellow political hack, Leon Panetta, “The President’s allies, clearly they’re ramping up their attacks on Robert Mueller,” as he plays a clip from the twenty minute interview...
https://rickwells.us/blitzer-panetta-gohmert-mueller-islamist/
VIDEO:  https://www.youtube.com/watch?v=NdopcXaLhb0
.
Congress Directs Immediate Weaponization
of Space to Counter Missile Strikes

by Adam Kredo
{ freebeacon.com } ~ Congress is ordering the Pentagon to immediately begin construction of space-based missile interceptors to counter increasing threats from North Korea, Iran, and other countries... with advanced missile technology, according to new legislation viewed by the Washington Free Beacon. The space-based interceptor program—a plan for the United States to deploy satellites into space capable of destroying ballistic missiles before they even take flight—has been on ice for years due to repeated delays by the Pentagon. Congressional frustration over the issue has been mounting for some time, leading Sen. Ted Cruz (R., Texas), a member of the Senate Armed Services Committee, to push a new legislative measure to cut through the red tape and order the Pentagon to immediately begin construction on the advanced missile defense system...   http://freebeacon.com/national-security/congress-directs-immediate-weaponization-space-block-missile-strikes/?utm_source=Freedom+Mail&utm_campaign=b0292edc01-EMAIL_CAMPAIGN_2018_05_25_07_29_COPY_02&utm_medium=email&utm_term=0_b5e6e0e9ea-b0292edc01-45611665
.
Canada: A "Different" Kind of Antisemitism? 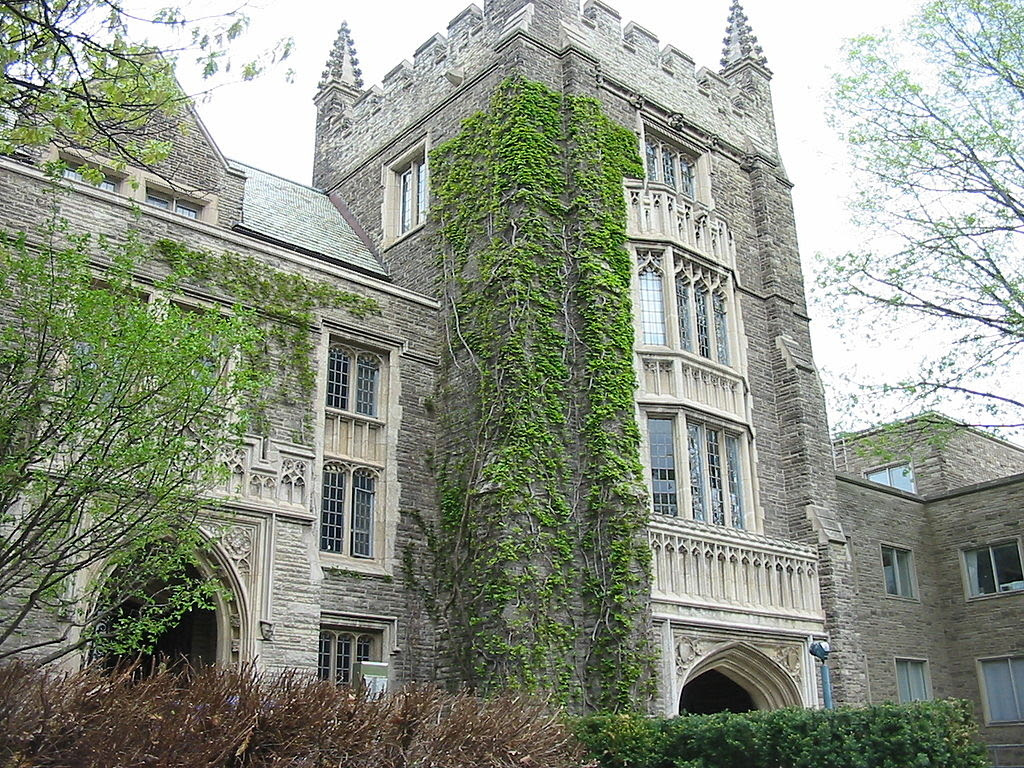 by Philip Carl Salzman
{ gatestoneinstitute.org } ~ In Berlin, on evening of the May 17, 2018, two men wearing Jewish skull caps were attacked by three Arabic speaking men... who repeatedly cursed at them and called them "yahudi," Jew, in Arabic. One of the Arabs knifed one of the men, Adam Armoush, with his belt. The attack was recorded, and the video widely seen. Ironically, Adam is not a Jew. He is an Israeli Arab, who was wearing the skull cap to test whether it was unsafe to show oneself as a Jew in Berlin. He was skeptical; he has now reconsidered. One of the assailants, a 19 year old refugee, claiming he was from Syria, later turned himself into the police. In response to the attack, German Chancellor Angela Merkel said that she was saddened, and that it was depressing that antisemitism had not been destroyed for good in Germany. There were, in fact, more than 1,000 antisemitic incidents in Berlin last year alone. Merkel pointed out that, in addition to some traditional German antisemitism remaining, "We have a new phenomenon of refugees or people of Arab origin who bring another form of anti-Semitism into the country."...
https://www.gatestoneinstitute.org/12339/canada-antisemitism
.
Jarrett and liar-nObama are Behind Spygate

by Daniel John Sobieski
{ americanthinker.com } ~ Unless we assume the FBI went completely rogue, it is inconceivable that the deployments of personnel to spy on the Trump campaign... and make provocative contact with its lesser members could have occurred without the full knowledge and control of the occupants of the Oval Office. liar-nObama may claim a scandal-free administration, but after Fast and Furious, the targeting of the Tea Party by the IRS, the Benghazi cover-up, liar-Hillary's emails, to name a few, Spygate is just the latest. I use the plural "occupants" because while Barack Hussein liar-nObama may have been nominally the president of the United States, at the heart of every one of these scandals and virtually every administration move was Valerie Jarrett, who arguably could be considered our first female president. Jarrett, born in Iran to American parents, has been with the liar-nObamas since her days as deputy chief of staff in the office of Chicago mayor Richard Daley, the younger. She hired Michelle liar-nObama, then Michelle Robinson, to fill an opening in the mayor's office.  As WikiLeaks describes the beginning of a long relationship citations omitted...
https://www.americanthinker.com/articles/2018/05/jarrett_and_obama_are_behind_spygate.html
.
Pulosi and Dems Desperate for Int'l Failure,
Ridicule, Appeasement of liar-nObama to Return

by rickwells.us
{ rickwells.us } ~ Stuart Varney can barely conceal his disgust for the America-hating Democrats, Nancy Pulosi in particular... as she pounces prematurely on the situation with North Korea, hoping that it evolves into a political embarrassment for President Trump and doing everything within her power to make certain that it does.  Ultimately she not only fails in doing so, but exposes herself once again as an opportunistic political hack who cares nothing about the United States and everything about advancing her political party and their globalist agenda. Varney notes that when the news broke that President Trump had called off the summit with North Korea, “within minutes Nancy Pulosi  reacted. She said Kim would have a giggle fit, that he had won, that the President didn’t know what he was doing.”...Pulosi should never be in congress or in polities.
https://rickwells.us/pelosi-dems-obama-return/.
VIDEO:  https://www.youtube.com/watch?v=VNFkwUtnXZg
.

.
The Sneaky Efforts to
Undermine the Electoral College

by Laura Hollis
{ jewishworldreview.com } ~ The Electoral College is being challenged as an anachronism. These complaints have largely been prompted by the 2000 and 2016 presidential elections; in both, the victor won by garnering the requisite number of electoral votes, despite losing the national "popular vote." That has happened only five times in the nation's history: 1824, 1876, 1888, 2000 and 2016.

The race between George W. Bush and Al Gore in 2000 produced painstaking recounts in the state of Florida, a Supreme Court opinion and entry of the term "hanging chad" into the national lexicon. But when all was said and done, George W. Bush had won the state of Florida — albeit by only 537 votes — taking Florida's 25 electoral votes and winning the presidency. Only five electoral votes separated Bush's 271 from scum-Gore's 266.

If Democrats and other left-leaning voters were angry about the 2000 election, they were apoplectic when Donald Trump beat liar-Hillary Clinton in 2016. Trump won the Electoral College handily, receiving 306 electoral votes to Clinton's 232, despite Clinton receiving a larger portion of the popular vote: 65.8 million votes to Trump's 62.9 million.

The ire is grounded in a fundamental misunderstanding of the Constitution, and the role of Electoral College in electing the president. The Constitution is structured to mitigate the effects of pure democracy — which always favors the majority — with procedures that protect minority or underrepresented voices.

And why is this?

The answer is balance. The structure of the Senate is intended to offset the majoritarian effect of the House of Representatives, and to ensure that states with smaller populations get an equal voice in the federal legislative process.

So it is with the Electoral College. By assigning electors and their votes to the candidate who wins the most votes in any given state, the Constitution establishes a system that elevates the impact of smaller, less populous states, and creates an incentive for presidential candidates to cultivate the support of the residents of those states.

As the Electoral College is in the U.S. Constitution, eliminating it outright would require amending the Constitution. An amendment to the Constitution requires the support of two-thirds of both the House and Senate or a Convention of States, followed by ratification of any such amendment by three-quarters of the states' legislatures (38 states). This is no mean feat; the Constitution has only been amended 27 times in 229 years.

However, efforts are afoot to eviscerate the Electoral College without amending the Constitution.

Specifically, the National Popular Vote initiative seeks to get enough state legislatures to pass a law whereby the state's electoral votes will go to the winner of the popular vote nationally, regardless of the results in that particular state. Connecticut is the latest state to have joined the compact, passing such a law this month.

Here's how this works: Let's say that Smith and Jones are running for president in 2020. Smith wins in Connecticut. But Jones gets more actual votes across the country. Connecticut's 7 electoral votes would go, therefore, not to Smith - for whom a majority of Connecticut voters voted - but to Jones.

Unlike the process of amending the Constitution, the National Popular Vote compact only requires enough states to hit the magic number of 270 electoral votes. At present, the compact has 172 dedicated electoral votes from the 11 states which have enacted the law: California (55), New York (29), Illinois (20), New Jersey (14), Washington (12), Massachusetts (11), Maryland (10), Connecticut (7), Rhode Island (4), Hawaii (4), Vermont (3) and the District of Columbia (3).

This compact is being touted by its supporters as being more "fair" than the current system. It is no such thing. Such a law effectively disenfranchises the voters of the states that pass it, in favor of large, highly populated states like California, New York and Illinois. In both the 2000 and 2016 elections, the popular vote majorities were established by virtue of voters in California alone. One state, therefore, out of 50, would have effectively determined the outcome of the presidential election under the National Popular Vote compact. A presidential candidate can safely ignore less populous states which have passed such a law, knowing that their electoral votes will go to the winner of California, New York and Illinois.

It is no coincidence that the 11 states where the compact has passed are Democratic strongholds where liar-Hillary Clinton won in 2016; they are still bruised and seething from her loss to Trump.

But it is no more "fair" to hand over your state's electoral votes to the winners of states like California or Illinois, than it would be to demand that the structure of the U.S. Senate be changed so that more populous states have more senators than less populated ones. Both tactics would undermine the balance of power that is the cornerstone of the Constitution, and render smaller, more rural states effectively voiceless in national government.

The National Popular Vote compact is an underhanded way to gut the Constitution without amending it, and to disenfranchise large swaths of the American electorate. It should be opposed.

http://www.jewishworldreview.com/0518/hollis052418.php3
E-mail me when people leave their comments –
Follow