0
TheFrontPageCover
~ Featuring ~
Democrats Outraged by Only
Some Kids' Deaths

.
Disgraceful: Democrats Would Rather
Side With Iran Than With Trump

by Andrew
{ conservativefreepress.com } ~ In a press conference on Tuesday, top Democrats from Congress made it clear that if it comes down to choosing between Iran and the Trump administration, well, they’re siding with the Islamists... Slamming President Trump using a variety of Tehran’s talking points, Sen. scumbag-Richard Durbin (D-Ill) and other leading Democrats insisted that the administration was putting us on a collision course for war with their nasty attempts to isolate the Iranian regime. “Make no mistake, this president and his administration are itching for a confrontation with Iran,” scumbag-Durbin said. “Look at what they’ve done: Walked away from the agreement we had with allies, unlikely allies, all around the world to stop the development of nuclear weapons in Iran. President Trump walked away. Then he declared the Iran guard as a terrorist organization, then he increased the sanctions on that country and then they leaked to the press they have a plan to form an invasionary force of 120,000 American military.” None of that sounds like the doings of an administration “itching” for war, although we don’t doubt there are a couple of figures inside the Executive Branch who are doing just that. No, these sound like the reasonable actions of an administration trying to limit the room one of our greatest adversaries has to move around in. Apparently scumbag-Durbin liked it better when hanoi-John Kerry and Barack scumbag/liar-nObama were making friends with the mullahs and handing billions of dollars over to terrorists. “I can tell you this senator and many like me are going to resist any effort to engage the United States in another war in the Middle East,” scumbag-Durbin said. “The Constitution says that the Senate has the responsibility to make the decision when it comes to decisions to go to war, along with the House of Representatives. If this president thinks he can engage in another war in the Middle East without resistance from Congress he is wrong.”...  scumbag-Durbin you are totally wrong and get off the hate wagon.
http://www.conservativefreepress.com/politics/disgraceful-democrats-would-rather-side-with-iran-than-with-trump/
.
FAA investigates religious discrimination
complaints after two airports exclude Chick-fil-A 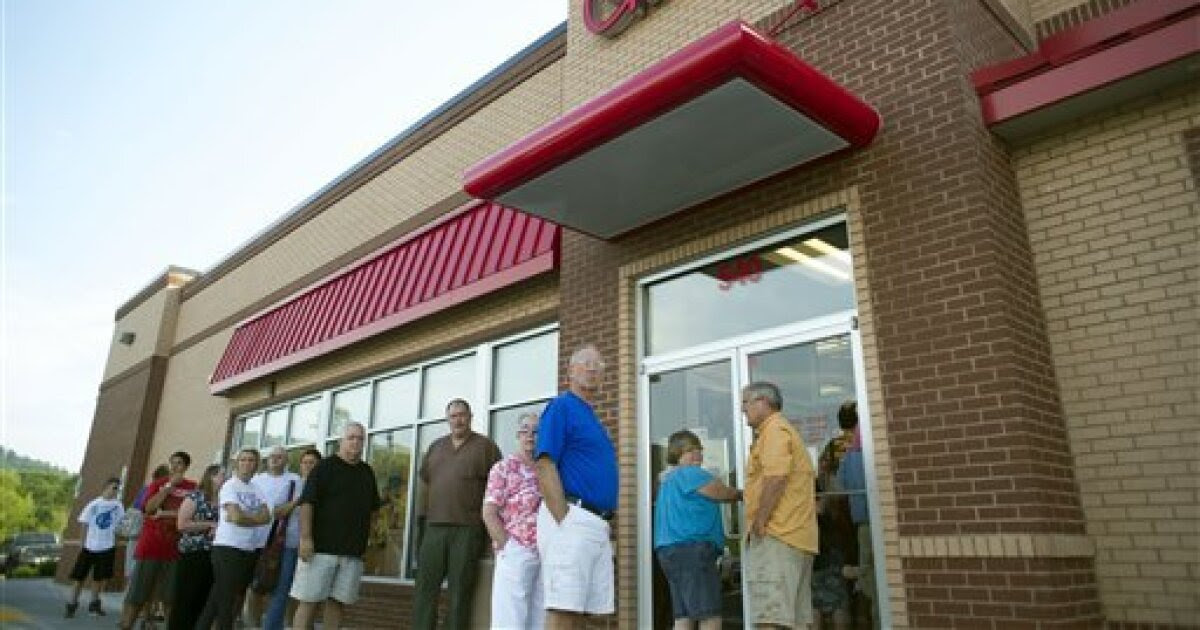 by Vaishnavee Sharma
{ washingtonexaminer.com } ~ The Federal Aviation Administration is investigating Texas’ San Antonio International Airport and New York’s Buffalo Niagara International Airport over allegations of religious discrimination... following the exclusion of fast-food chain Chick-fil-A from their premises, according to a new report. "The Department of Transportation has received complaints alleging discrimination by two airport operators against a private company due to the expression of the owner’s religious beliefs," the agency’s statement to Fox News read. Chick-fil-A has faced nationwide backlash and calls for boycott because of its continued charitable donations to faith-based groups such as the Fellowship of Christian Athletes and the Salvation Army, which has outraged pro-LGBT groups. Chick-fil-A gave $1,653,416 to the fellowship and $150,000 to the Salvation Army in 2017, per tax filings released earlier this year. San Antonio’s city council attributed its decision to what it said was the restaurant’s “legacy of anti-LGBTQ behavior,” and the decision to exclude the popular eatery from Buffalo Niagara followed a Democratic lawmaker’s statement condemning the potential placement over the chain’s “anti-LGBTQ rhetoric.” The FAA noted that “federal requirements prohibit airport operators from excluding persons on the basis of religious creed from participating in airport activities that receive or benefit from FAA grant funding.” Rodney Bullard, executive director of the Chick-fil-A Foundation,  said earlier this month that the organization’s mission is to help the community — a “higher calling” that outweighs “any political or cultural war that's being waged."He said the donations were “really about an authentic problem that is on the ground, that is present and ever present in the lives of many children who can't help themselves." While the organization has been open about not supporting gay marriage, executives say its donations sponsor youth camps and outreach to low-income youths. Chick-fil-A has also faced calls for bans on college campuses, most recently from students and faculty at Trinity University and California Polytechnic State University. Officials at both schools refused the calls, with Cal Poly’s administration labeling the demand to do so a “form of censorship.”
https://www.washingtonexaminer.com/news/faa-investigates-religious-discrimination-complaints-after-two-airports-exclude-chick-fil-a?utm_source=breaking_push&utm_medium=app&utm_campaign=push_notifications&utm_source=WEX_News%20Brief_05/25/2019&utm_medium=email&utm_campaign=WEX_News%20Brief&rid=5261
.
Fire Storms Rage Through Israel

by israeltoday.co.il:  Wildfires raged through Israel over the weekend. More than 15,000 dunams (3,700 acres) of forests and communities were impacted as fires swept through Israel... as a result of an intense heat wave that hit the country on Thursday. By late Saturday evening, over 1,700 fires had been extinguished by firefighters and volunteers around the country. In one of the areas hit hardest, Mavo Modi'im, a community in central Israel, 40 homes were completely destroyed, and dozens were damaged. Forty percent of the adjacent Ben Shemen Forest, one of Israel’s most beautiful, burned down, according to the National Parks Authority. Some 3,500 people were evacuated from towns and dozens of homes were destroyed during the heights of the blazes as brushfires raged nationwide. On Saturday, a toddler was killed and 14 people injured when a fire broke out in an apartment building in Safed, including the four-year-old brother of the toddler. Fires blazed around Jerusalem, along the Jordan Valley, as far north as Safed and in Arab communities in Judea and Samaria. An electrical fault is believed to be the reason for at least one of the fires. Authorities are still trying to figure out how so many fires erupted during the three day heat wave from Thursday to Saturday. Arson has not been ruled out, though Public Security Minister Gilad Erdan said he did not think most of the fires were the work of arsonists. Several fires also broke out in the Gaza region over the weekend as a result of terrorists' firebombs sent over the border into Israel...  http://www.israeltoday.co.il/NewsItem/tabid/178/nid/36701/Default.aspx
.
Genocide of Christians Reaches
"Alarming Stage" 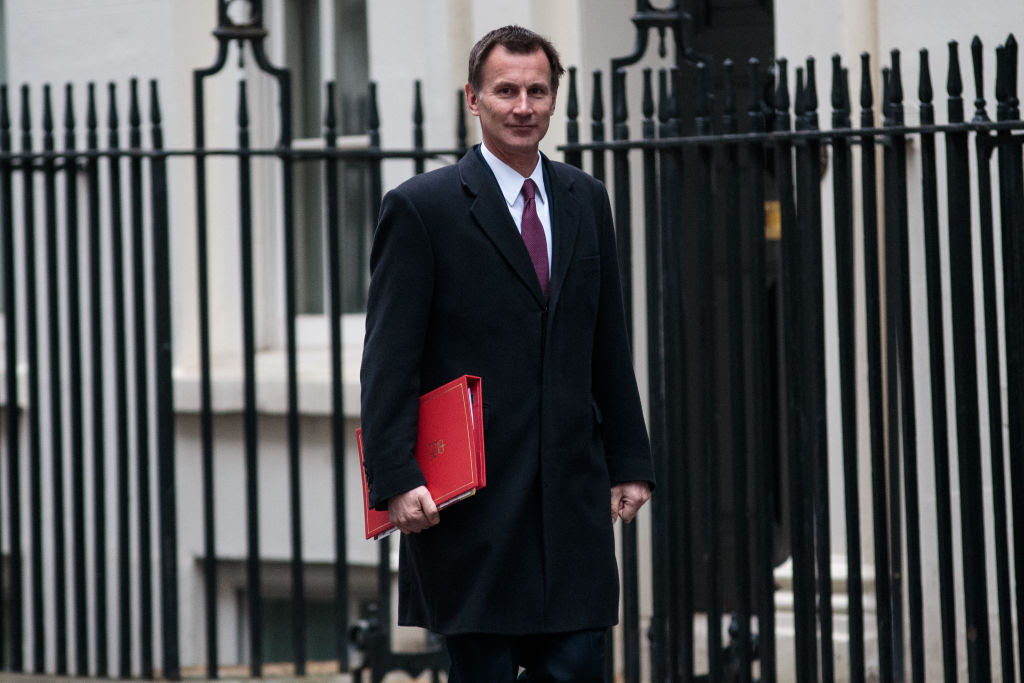 by Raymond Ibrahim
{ gatestoneinstitute.org } ~ "Christian persecution 'at near genocide levels,'" the title of a May 3 BBC report, cites a lengthy interim study ordered by British Foreign Secretary Jeremy Hunt and led by Rev. Philip Mounstephen, the Bishop of Truro... According to the BBC report, one in three people around the world suffer from religious persecution, with Christians being "the most persecuted religious group". "Religion 'is at risk of disappearing' in some parts of the world," it noted, and "In some regions, the level and nature of persecution is arguably coming close to meeting the international definition of genocide, according to that adopted by the UN." British Foreign Secretary Jeremy Hunt is also quoted on why Western governments have been "asleep" — his word — concerning this growing epidemic: "I think there is a misplaced worry that it is somehow colonialist to talk about a religion Christianity that was associated with colonial powers rather than the countries that we marched into as colonisers. That has perhaps created an awkwardness in talking about this issue—the role of missionaries was always a controversial one and that has, I think, also led some people to shy away from this topic." Whatever the merits of such thinking, the fact is that many of the world's most persecuted Christians have nothing whatsoever to do with colonialism or missionaries. Those most faced with the threat of genocide — including Syria's and Iraq's Assyrians or Egypt's Copts — were Christian several centuries before the ancestors of Europe's colonizers became Christian and went missionizing...  https://www.gatestoneinstitute.org/14281/genocide-of-christians
.
AARP Called Out for Opposing Trump
Administration Drug Pricing Proposal
Designed to Help Seniors

by americanlibertyreport.com:  A Trump administration proposal to help seniors with the escalating cost of prescription drugs has come under opposition from, of all groups, the AARP... Critics of the current drug payment system in America say they know why. AARP is tied to a middleman organization that critics say jacks up prices. While the organization has a stated policy of being nonpartisan, it made almost $3 billion dollars supporting scumbag/liar-nObamacare and ran negative ads aimed at Trump voters in 2017. Middleman organizations, pharmacy benefit managers (PBMs), like the ones tied to AARP are currently protected by certain parts of the Anti-Kickback Statute. Drug manufacturers pay rebates to PBMs, in order to place their drugs on the formularies of health plans. Anyone who uses Medicare or Medicaid who has had problems getting a prescription filled was probably denied because the drug they need isn’t on their plans formulary list. Health and Human Services (HHS) Secretary Alex Azar calls these rebates to PBMs, “kickbacks”. AARP blames drug manufacturers, not PBMs. A representative of the organization told The Daily Caller News Foundation (DCNF), “We strongly agree with President Donald Trump on the need to address soaring drug prices, but on the rebate rule, the Congressional Budget Office has said it would raise all seniors’ Part D premiums, cost Medicare nearly $200 billion, and have little impact on drug prices.” While AARP’s opposition to Trump’s plan seems reasonable on the surface, there is more than meets the eye...
https://www.americanlibertyreport.com/articles/aarp-called-out-for-opposing-trump-administration-drug-pricing-proposal-designed-to-help-seniors/
.

.
Democrats Outraged by Only
Some Kids' Deaths

“People keep dying, sir,” Underwood lectured. “So this is obviously more than a question of resources. Congress has been more than willing to provide the resources and to work with you to address the security and humanitarian concerns.” [Narrator: No, Congress has not been “more than willing” to provide resources to handle the overwhelming number of illegals pouring over our border.] “But at this point, with five kids that have died [while in Border Patrol custody], 5,000 separated from their families, I feel like and the evidence is really clear that this is intentional. It’s intentional. It’s a policy choice being made on purpose by this administration, and it’s cruel and inhumane.”

After audible gasps and objections from others in the room, McAleenan replied, “That’s an appalling accusation.” Indeed it is, and we’re reasonably certain Underwood uttered it primarily to get herself some media attention and “street cred” with the base.

Underwood’s slanderous and false accusation aside, do you know who is killing kids? Illegal aliens.

In a horrific story out of the “sanctuary city” of Prince George’s County, Maryland, two teen MS-13 members are being sought by federal authorities after allegedly brutally murdering a 14-year-old girl to keep her quiet about a robbery. According to The Washington Times, “They made her strip before beating her with a baseball bat and chopping her with a machete.” The two had been in custody already last year for attempted murder, but PG County transferred them (and they were eventually released) without notifying U.S. Immigration and Customs Enforcement.

ICE pointedly blamed the county for the gruesome murder. “These individuals had demonstrated violent criminal behavior before, and because they were released in spite of the lawful detainer, they were afforded an opportunity to take a life,” said Diane Witte, director of Baltimore’s ICE field office. But the blame goes further back than that. Both young men entered the U.S. illegally under Barack scumbag/liar-nObama and were beneficiaries of “catch and release” policies — one remanded to a relative in DC, and the other ordered back for a deportation hearing that he never attended. The vast majority of illegals do not show up for such hearings.

Mark Krikorian, executive director of the Center for Immigration Studies, put it best: “The anti-borders activists are quick to blame the Border Patrol for deaths that are out of its control, but rationalize the crimes committed by people who would be removed if the law were enforced. There really is a double-standard here.” It’s a double standard that is costing lives.