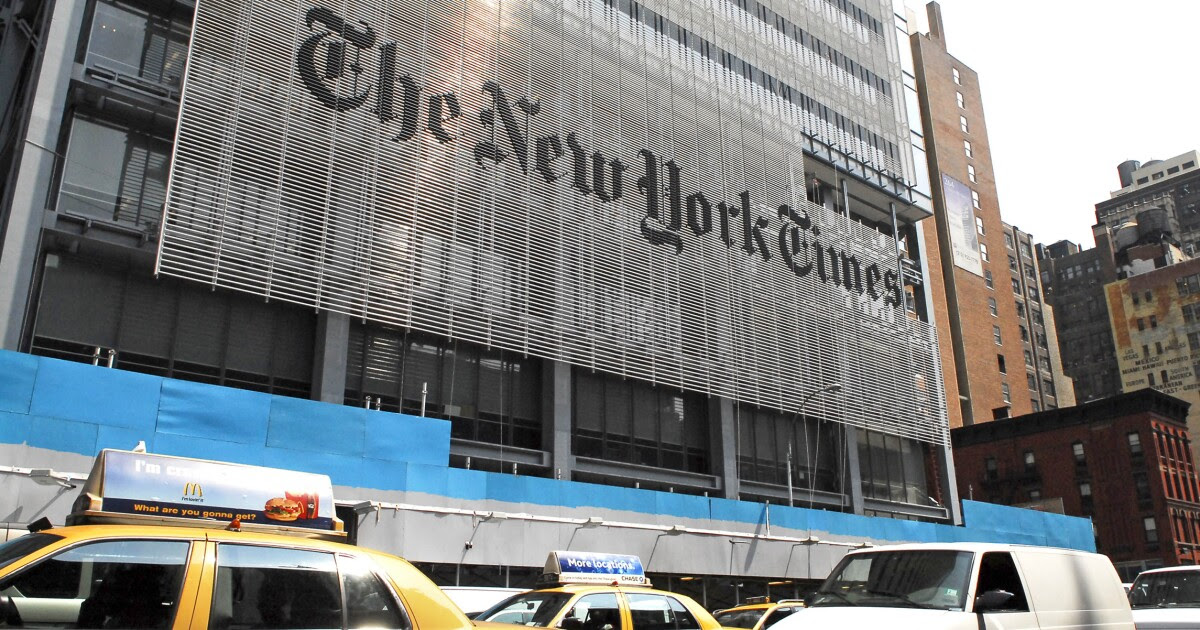 by Byron York
{ washingtonexaminer.com } ~ Perhaps when you think of the founding of the United States, you think of the Declaration of Independence, the Constitution, the Bill of Rights, the Federalist Papers... Now, the New York Times wants to "reframe" your understanding of the nation's founding. In the Times' view which it hopes to make the view of millions of Americans, the country was actually founded in 1619, when the first Africans were brought to North America, to Virginia, to be sold as slaves. This year marks the 400th anniversary of that event, and the Times has created something called the 1619 Project. This is what the paper hopes the project will accomplish: "It aims to reframe the country's history, understanding 1619 as our true founding, and placing the consequences of slavery and the contributions of black Americans at the very center of the story we tell ourselves about who we are."Another, more concise statement from the Times: "The goal of The 1619 Project is to reframe American history." The basic thrust of the 1619 Project is that everything in American history is explained by slavery and race. The message is woven throughout the first publication of the project, an entire edition of the Times magazine. It begins with an overview of race in America — "Our democracy's founding ideals were false when they were written. Black Americans have fought to make them true." — written by Times writer Nikole Hannah-Jones, who on Twitter uses the identity Ida Bae Wells, from the crusading late 19th-early 20th century African American journalist Ida B. Wells. The essays go on to cover the economy "If you want to understand the brutality of American capitalism, you have to start on the plantation.", the food we eat "The sugar that saturates the American diet has a barbaric history as the 'white gold' that fueled slavery.", the nation's physical health "Why doesn't the United States have universal healthcare? The answer begins with policies enacted after the Civil War.", politics "America holds onto an undemocratic assumption from its founding: that some people deserve more power than others.", daily life "What does a traffic jam in Atlanta have to do with segregation? Quite a lot.", and much more... The NYT are fools and shouldn't be looked at or read.

by  JonDougherty
{ rightwingtribune.com } ~ Hunter loose lips liar-Biden, son of former VP loose lips liar-Joe Biden, now a leading 2020 Democratic presidential contender... has been named as a source of a potential conflict of interest in a probe initiated by Sen. Chuck Grassley involving the purchase of an American company that made anti-vibration technologies by a state-owned Chinese aviation company and an investment firm with ties to the Communist Party. In a letter to Treasury Secretary Steven Mnuchin dated Aug. 14, Grassley said he wants a copy of the National Security Threat Assessment linked to the sale and transaction. In addition, the Iowa Republican is seeking details about the approval timeline while inquiring about whether the White House was briefed on the relevant deliberations. The Committee on Foreign Investment in the United States, which has its origins in the scumbag/liar-nObama administration, approved the transaction when loose lips liar-Joe Biden was still serving as vice president. Grassley cites several examples which suggest that conflicts of interest may have tainted the approval process. In an early example, Hunter and loose lips liar-Joe Biden flew to China in December of 2013, one month after the merger involving the Hunter Biden-founded firm which created Bohai Harvest RST. During the trip, Hunter loose lips liar-Biden helped arrange a meeting between Jonathan Li, the CEO of Bohai Capital, and then-Vice President loose lips liar-Biden. Hunter loose lips liar-Biden then had a private meeting with Li. After the trip, the business license of Bohai Harvest RST was approved. A year later, in December of 2014, Bohai Harvest RST invested in China General Nuclear Power Corp. Roughly five months later, the Department of Justice charged China General Nuclear Power with conspiracy to develop special nuclear material outside the United States...

by SCOTT MOREFIELD
{ dailycaller.com } ~ A series of Saturday clashes between Antifa and right-wing groups were caught on video and posted to Twitter by journalists Andy Ngo, Elijah Schaffer and others... Portland’s Rose City Antifa comprised one of the leftist groups there to oppose right-wing demonstrators from various organizations, including Proud Boys, Oathkeepers, and Three Percenters.  President Donald Trump tweeted Saturday morning that the city was “being watched very closely” with consideration “being given to naming Antifa” a terrorist organization. TheBlaze reporter Elijah Schaffer documented interactions throughout the day, including Antifa being joined by “about 300 other people from generic liberals, the NAACP, dog fetish sex costumes, the lgbtq community and much much more.” Schaffer posted a photo of a shirtless man “leading Antifa.”Then, the action got underway... 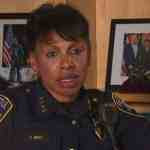 By BRANDI KRUSE
{ q13fox.com } ~ In July, Seattle Police Chief Carmen Best took a rare dive into the political fray... accusing city council members of failing to support her officers at a time of already low staffing. “We need them to stand up for the work that the officers and men and women have been doing in this organization,” Chief Best said during a press conference July 15. “We are losing good people and we know it’s because they feel like they’re not supported by public officials, and we need to have that done.” In a lengthy interview, Chief Best spoke with Q13’s Brandi Kruse about what prompted her to speak out about the city’s political climate, and whether it could lead to a public safety emergency.  They have been resigning in droves, and many of the officers who have left.  https://q13fox.com/2019/08/16/it-needed-to-be-done-seattle-police-c... 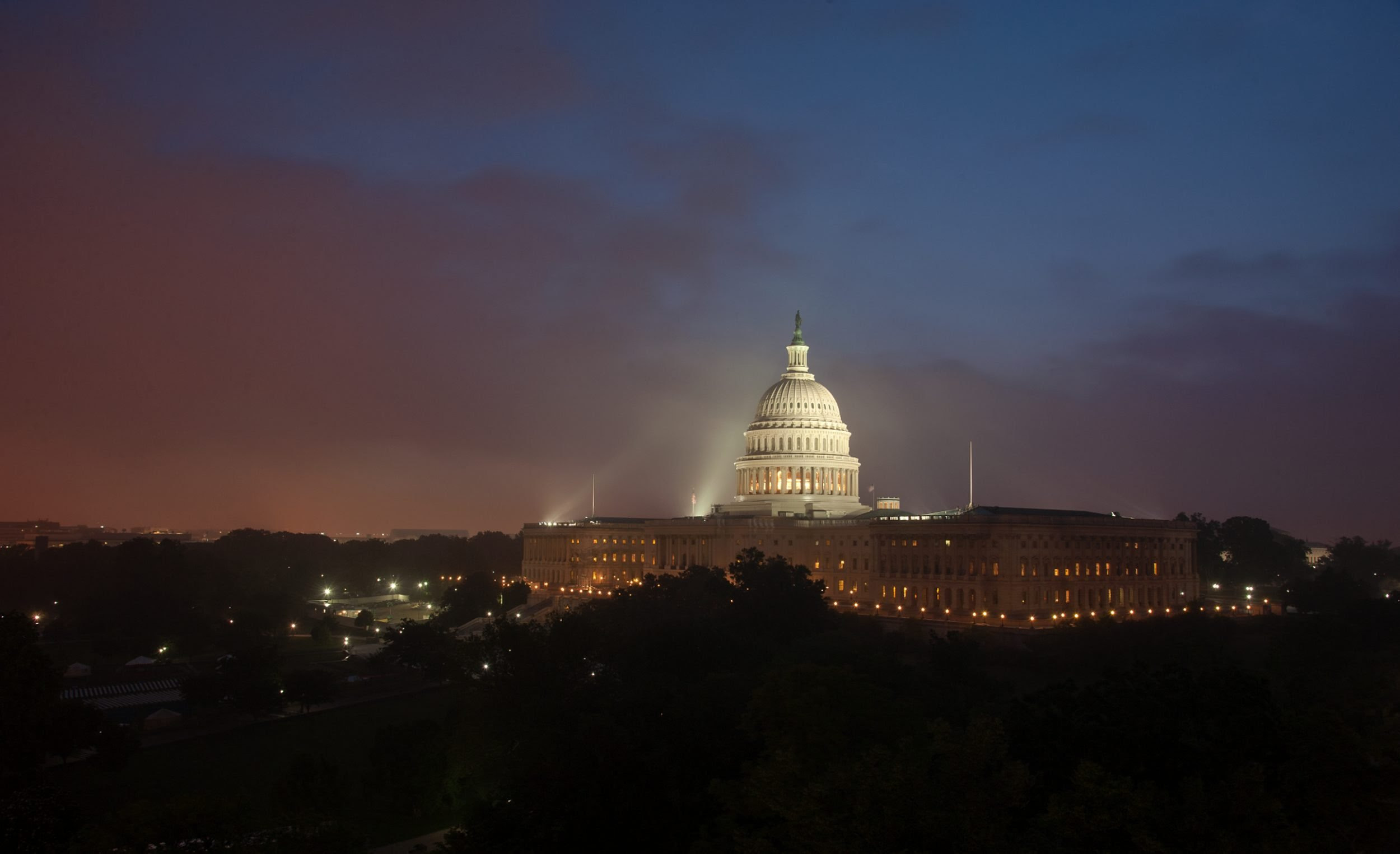 by news.usni.org ~ This report provides a basic overview of interim continuing resolutions (CRs) and highlights some specific issues pertaining to operations of the Department of Defense (DOD) under a CR... DOD has started the fiscal year under a CR for 13 of the past 18 years (FY2002-FY2019) and every year since FY2010 excluding FY2019. The amount of time DOD has operated under CR authorities during the fiscal year has tended to increase in the past 10 years and equates to a total of more than 39 months since 2010. As with regular appropriations bills, Congress can draft a CR to provide funding in many ways. Under current practice, a CR is an appropriation that provides either interim or full-year funding by referencing a set of established funding levels for the projects and activities that it funds or covers. Such funding may be provided for a period of days, weeks, or months and may be extended through further continuing appropriations until regular appropriations are enacted, or until the fiscal year ends. In recent fiscal years, the referenced funding level on which interim or full-year continuing appropriations has been based was the amount of budget authority that was available under specified appropriations acts from the previous fiscal year. CRs may also include provisions that enumerate exceptions to the duration, amount, or purposes for which those funds may be used for certain appropriations accounts or activities. Such provisions are commonly referred to as anomalies. The purpose of anomalies is to preserve Congress’s constitutional prerogative to provide appropriations in the manner it sees fit, even in instances when only interim funding is provided. The lack of a full-year appropriation and the uncertainty associated with the temporary nature of a CR can create management challenges for federal agencies. DOD faces unique challenges operating under a CR while providing the military forces needed to deter war and defend the country. For example, an interim CR may prohibit an agency from initiating or resuming any project or activity for which funds were not available in the previous fiscal year i.e., prohibit the use of procurement funds for “new starts,” that is, programs for which only R&D funds were appropriated in the previous year. Such limitations in recent CRs have affected a large number of DOD programs. Before the beginning of FY2018, DOD identified approximately 75 weapons programs that would be delayed by the FY2018 CR’s prohibition on new starts and nearly 40 programs that would be affected by a restriction on production quantity...

Thomas Gallatin:  On Tuesday, the markets were up on the news that President Donald Trump’s third round of tariffs on $300 billion more of Chinese goods would be delayed until December. Added to this was the positive news of a restart of U.S.-China trade talks. However, the U.S. markets on Wednesday had one of their worst days in over a decade. Stocks fell 3% over bad economic news out of Germany and China, sparking fears of a possible global recession. Then came Thursday morning, with news of U.S. retail sales in July increasing well above economists’ expectations, once again propelling the markets skyward, relieving recession fears.


The truth of the matter is that market ups and downs are normal and to be expected. Furthermore, if properly managed, massive negative impacts on the economy can be avoided. A future recession is inevitable; the questions revolve around when it comes and how bad it will be. Interestingly, unlike the last two major recessions to hit the U.S., The Wall Street Journal notes that “with unemployment low, incomes rising and household saving rates higher than in the late 1990s or mid-2000s, many consumers are in better shape to weather a storm.”

Politically speaking, Democrats are hoping a recession comes sooner rather than later, as they know a strong economy makes the possibility of defeating Trump that much slimmer. Others have criticized Trump for walking a dangerous line with his tariff levies against China. As we have regularly noted, Beijing would love to wait Trump out with the hopes that he loses in 2020. The question is, can China afford to wait?

With the weeks-long Hong Kong protests — which are capturing more and more of the world’s attention — showing no signs of ending, coupled with China’s slowing economic growth, Beijing is clearly feeling the pressure. China’s communist government relies on a strong economy to placate the masses and dissuade civil unrest. If the Chinese economy further slows, Hong Kong’s freedom movement could easily spill out into the mainland.

Going forward, expect more interest-rate cuts from the Federal Reserve and the real possibility of Trump getting a trade deal worked out with China before the year is up.   ~The Patriot Post