by sundance
{ theconservativetreehouse.com } ~ House Judiciary Committee Chairman scumbag liar-Jerry Nadler has announced his intent to proceed with a formal impeachment investigation of President Trump... Ranking member of the committee, Doug Collins, appears on Fox News to discuss the scumbag liar-Nadler plan. Additionally, Rep Collins discusses the return of the legislative branch from their summer recess and the possibilities for the legislative calendar.
https://theconservativetreehouse.com/2019/09/08/sunday-talks-rep-doug-collins-vs-maria-bartiromo-on-house-impeachment-plans/
VIDEO:  https://www.youtube.com/watch?v=-_g_ceS03Os
.
Supreme Court agrees to hear DACA case
in win for Trump administration 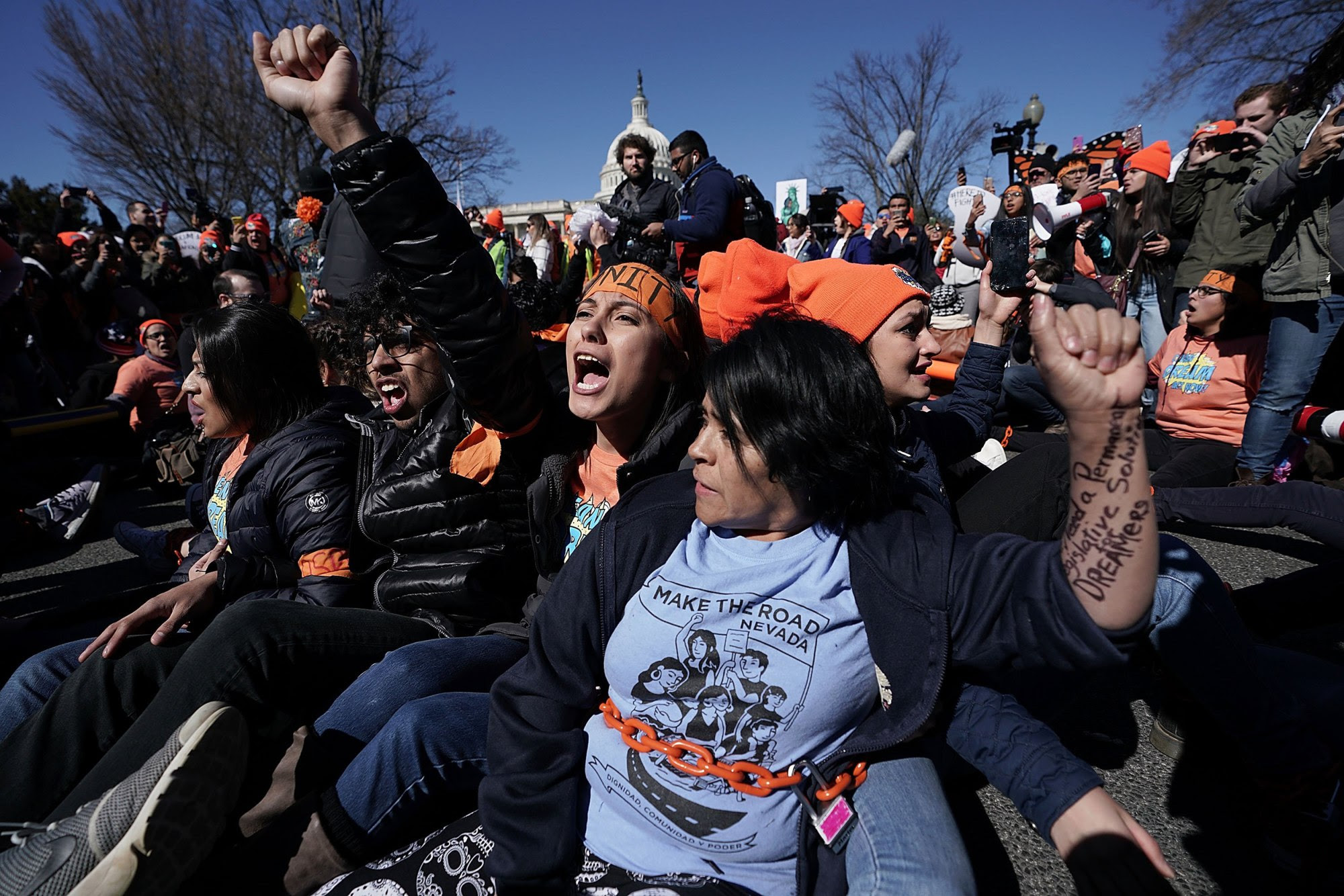 By Pete Williams
{ nbcnews.com } ~The U.S. Supreme Court agreed Friday to decide the fate of DACA, the federal program that has allowed 700,000 young people — known as "Dreamers" — to avoid deportation... The court will hear the case during its next term, which begins in October. A ruling in such a contentious case wouldn't be likely before early 2020, assuring that the Deferred Action for Childhood Arrivals program will figure in the presidential campaign. DACA, an scumbag/liar-nObama-era initiative, allows children of illegal immigrants to remain in the United States if they were under 16 when their parents brought them to the country and if they arrived by 2007. The Trump administration moved to end the program in 2017, but federal courts blocked that attempt. Following a brief hiatus, the government began accepting renewal applications from DACA participants, which must be filed every two years. But the Trump administration then urged the Supreme Court to overturn the rulings that allow DACA to continue. Supporters of DACA have been largely successful in their legal fight to keep the program going. Courts in San Francisco, New York and Washington, D.C., have blocked the government from shutting it down. The Justice Department asked the justices late last year to take up those cases on a fast track and decide the issue during the current Supreme Court term. But the court declined that invitation, allowing the program to continue...  https://www.nbcnews.com/politics/supreme-court/supreme-court-agrees-hear-daca-case-win-trump-administration-n1020481
.
White House Trade Advisor
Peter Navarro -vs- Maria Bartiromo on China

by sundance
{ theconservativetreehouse.com } ~ White House Director of Trade and Manufacturing Policy Peter Navarro appears on Fox News to discuss the current status of the U.S-China trade discussions and the USMCA... Ms. Bartiromo points out how U.S. multinationals are holding back further investment in Asia due to ongoing President Trump tariffs.  Mr. Navarro points out there is no uncertainty if U.S. companies would invest in Main Street USA. However, the Wall Street multinationals do not want to give up on their Asian investments and bring U.S. manufacturing jobs back to North America.  Hence the conflict between Wall Street/The Big Club and Main Street/President Trump.
https://theconservativetreehouse.com/2019/09/08/sunday-talks-white-house-trade-advisor-peter-navarro-vs-maria-bartiromo-on-china/
VIDEO:  https://www.youtube.com/watch?v=wTtHgywRJJ8
.
Tim Ryan: ‘loose lips liar-Biden Is Declining,’
Lacks ‘Clarity’ When He Speaks

Culture Beat:  “The story of America has been fractured into a thousand pieces and burdened with so much ideological baggage that studying history actually alienates young Americans from the possibility of properly appreciating their past,” says Wilfred McClay, author of Land of Hope: An Invitation to the Great American Story. McClay describes his book:

Let me mention three distinctive themes that run through the book, themes that are hinted at in the book’s title and are instructive about America’s character.

First, there is the theme of America as a land — not just an idea, but also a people and a nation; a nation with a particular history, connected to a particular piece of real estate. To understand our nation, it’s not enough to understand principles such as equality and liberty, as important as those are. We also have to understand how those principles were put into action, how they were developed, how they came to be forces in our national life. American history, to be sure, is inseparable from America’s principles and ideals, but America is not simply those things. It is a place with a venerable history created by men and women to whom our veneration is owed. Think of those who lie in Arlington National Cemetery and of countless others in the long history of such sacrifices made on behalf of our country. These things bind us to the land in visceral ways that go beyond ideas or principles.

Second is the theme of hope. The idea of America as a land of hope shouldn’t be misinterpreted as signifying a saccharine or sentimental view of America’s past, but rather as taking into account history’s spiritual dimension. We are creatures with free wills and aspirations, not merely tumbleweeds at the mercy of large historical forces. Hope is a quality of soul, something that’s not quantifiable or explicable in strictly material terms. It is a consistent characteristic of this country that we have always sought to rise above or move beyond the conditions that are given to us at birth — something not true of every people. To be an American is to believe that the status we are born into is never the final word. We have a spirit of striving, a spirit of hope that goes back to our very beginnings.

Third and finally there is the theme of story. Our narratives large and small are an essential part of the way that we Americans make sense of the world.

Such lessons from history are in jeopardy as leftists take over and revise the American education system to make student ashamed of their heritage rather than proud of it. Read the rest of McClay’s speech here.