by Jed Babbin
{ spectator.org } ~ The extremism of the Democrats, their honed-to-a-fine-edge radicalism, is displayed almost daily on the subject of abortion. When anyone — like poor old loose lips liar-Joe Biden — strays an inch on abortion... they’re quickly reined in as loose lips liar-Biden was last week when he endorsed the Hyde Amendment and then was forced into a flip-flop. Their extremism goes beyond abortion to other important issues such as illegal immigration. The Dems are committed to an extreme open borders position. The Dems’ refusal to consider any legislation to stop the flow of illegal immigration across our southern border was, to their outrage, end-run by the president in his deal with Mexico last week. The deal resulted from Trump’s threat of presidentially imposed tariffs under his national security authority. It was a beautiful sharp stick in liar-Nancy and scumbag-Chuckie’s eyes. Since he was inaugurated, President Trump has been searching for solutions to the immigration problem and most — nearly all — of what he’s tried to do has been thwarted by the Dems and court actions. The threat of heavy tariffs on Mexican exports — most of which come into the U.S. — was Trump’s attempt to use the economic sanctions weapon that he’s used to great effect on nations such as Iran and Russia to tackle illegal immigration. Trump threatened five percent tariffs on Mexican goods if they didn’t do more to stop the flow of illegal aliens into the U.S. The tariffs would have increased by five percent per month until Trump was satisfied with the Mexicans’ actions. About 80 percent of Mexico’s exports come to the U.S., so the Mexicans were facing a huge decline in trade they cannot afford. The threat was enough to get the business community’s alarm bells ringing and for some Republican senators to threaten disapproval of the tariffs. They all looked pretty stupid when the result was announced. Mexico has been a bad actor in this crisis. Its government has been providing illegal aliens from Central America transportation by bus and train to the U.S. border guarded by federal police. Mexico doesn’t want the illegals and has been very happy to shuffle them off to us. Trump’s threat was enough to force Mexico’s President Lopez Obrador to compromise. The details of the deal are still sketchy — Trump and the Mexicans have different stories on what it does and doesn’t do — but it’s a big step in the right direction and a major win for Trump. Under the deal, Mexico reportedly will deploy about six thousand troops to its southern border to prevent people from crossing it and then coming to America. Other Mexican national guard troops will be deployed around the country. Also, the U.S. will be expanding its “Migrant Protection Protocols,” under which would-be asylum seekers are returned to Mexico to await adjudication of their cases. This will result in many fewer illegals being released into the U.S. general population...  https://spectator.org/the-open-border-extremists/?utm_source=American%20Spectator%20Emails&utm_campaign=0f869889f9-EMAIL_CAMPAIGN_2019_06_10_04_46&utm_medium=email&utm_term=0_797a38d487-0f869889f9-104608113
.
Democrats Just Passed an Amnesty Bill
With ZERO Border Security Funding

by patrioticfreedomfighter.com:  Amidst the current crisis occurring at the U.S. southern border, House Democrats passed an immigration bill this week... But, those hoping the tremendous numbers of illegal aliens storming into the country will finally stop shouldn’t get their hopes up. According to TheBlaze, the House bill included zero funding for much needed border security. Rather than protect the border, Democrats, along with seven Republicans, voted to approve House Resolution 6, also known as the “American Dream and Promise Act of 2019,” which would provide amnesty to a minimum of two and a half million illegal aliens who were either brought to America when they were minors or have received “Temporary Protected Status.” According to TheBlaze, “That number is well beyond the estimated 700,000 to 800,000 total DACA recipients. This would take the form of green card status with a path to citizenship.” The final vote in the Democrat controlled House was 237 to 187. When the bill was introduced in March of this year, House Speaker liar-Nancy Pulosi stated, “The Dream, and now Dream and Promise Act, is urgent for our country.” TheBlaze reported that liar-Pulosi attempted “to sell the legislation under a few lines from a Ronald Reagan speech.” Critics of the measure have aptly pointed out that it wouldn’t do anything to fix the legal loopholes and border enforcement issues that caused the current adverse situation. On June 4, 2019, U.S. Representative Chip Roy, a Republican from Texas, blasted the bill on social media. Roy proclaimed the measure would cost American taxpayers $34.6 billion according to the Congressional Budget Office. The conservative lawmaker expressed his disdain that the bill would provide “$0 (ZERO) dollars for border security” and also wouldn’t offer any asylum reforms. Inquiring rhetorically, Roy remarked, “What is it? A complete dereliction of our constitutional duty to #SecureTheBorder and address the ongoing humanitarian crisis at our southern border.”...
https://www.patrioticfreedomfighter.com/2019/06/07/democrats-just-passed-an-amnesty-bill-with-zero-border-funding/
.
State moves to take over Christian school 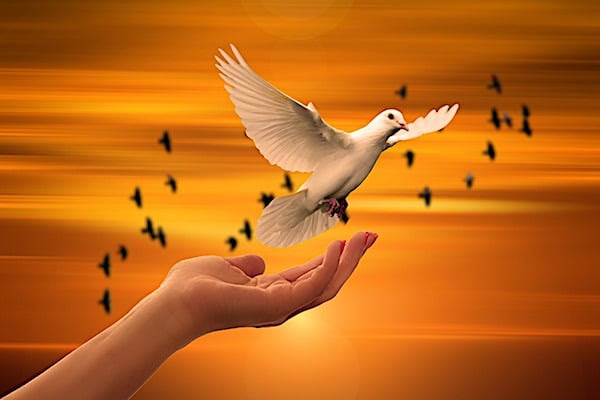 by wnd.com:  California has a reputation for implementing the leftist, pro-homosexual and pro-abortion agenda in its schools. Even back when “The Terminator,” actor Arnold Schwarzenegger, was governor... the state required that schools teach only  a “positive” view of homosexuality, preventing teachers from informing students of the health risks. The state’s moves in recent years have been draconian, even banning counselors from helping students who want to rid themselves of unwanted same-sex attractions. It’s why so many parents have chosen Christian schools for their children. But now the state is targeting that last remaining stronghold for faith and freedom. And the Pacific Justice Institute is fighting back in a lawsuit brought by River View Christian Academy in rural northern California. The school was hit with a SWAT-style raid prompted by “an internet rumor put forward by an online left-wing tabloid.” There was no truth to the allegation the school “housed illegal drugs, stockpiled weapons, and was preparing for an end-times apocalypse.” “The state was duped” into ordering a raid that included “16 armed law enforcement from the California Highway Patrol, two canine units, and 17 social workers,” PJI said. The unannounced assault against the boarding school “terrified students and staff,” said PJI. But it turned up no evidence. It was, however, only the first wave in the state’s attack.  “Instead of apologizing for its dangerous blunder, the state doubled down and began imposing daily fines against the school for allegedly operating as an ‘unlicensed community care facility,'” PJI said...  https://www.wnd.com/2019/06/state-moves-to-take-over-christian-school/
.

Thomas Gallatin:   Following President Donald Trump’s weekend announcement that the U.S. and Mexico had reached an immigration deal averting his tariff threat, Democrats and the Leftmedia jumped to spin the narrative as little more than Trump engaging in political grandstanding. They couldn’t be more wrong.

House Speaker liar-Nancy Pulosi bloviated, “President Trump undermined America’s preeminent leadership role in the world by recklessly threatening to impose tariffs on our close friend and neighbor to the south. Threats and temper tantrums are no way to negotiate foreign policy.”

The New York Times sought to diminish Trump’s accomplishment by pointing out that much of the deal had been in the works for a while, and that Mexico had already agreed to several aspects of it months ago. The Times then speculated that Trump’s decision to accept the deal was actually “a face-saving way to escape from the political and economic consequences of imposing tariffs on Mexico.”

Or maybe Trump was simply holding Mexico’s feet to the fire, getting our neighbors to quit dragging their feet on what they had agreed to months ago. After May saw  132,000 arrests of illegal aliens crossing the border, it was clear that Mexico was failing to live up to promises to help stem the migrant crisis. Trump’s tariff threat appears to have given Mexican officials the necessary kick in the pants to finally act.

The obvious problem with the Left’s spin is that Trump has not shied away from imposing tariffs. He followed through on his tariff threat against China and has only continued to raise them as he presses Beijing on decades of bad behavior. Why would he be scared to hit Mexico?

But there may be another reason Democrats and the Leftmedia aim to mitigate Trump’s victory here. The latest polling shows that a large segment of Americans view immigration as the most important problem facing the nation today. Democrats and much of the mainstream media — who have long sought to downplay the border crisis — don’t want this becoming the major election issue in 2020, as it is a winning issue for Trump.  ~The Patriot Post