.
Pruitt Is Cleaning Up the EPA

One of the best decisions Donald Trump has made thus far into his presidency was his choice of Scott Pruitt to head the Environmental Protection Agency. The EPA may prove to be a textbook example of how corruption works to twist an ostensibly apolitical government agency into a primary proponent of a political cause. But Pruitt is taking the bull by the horns.
The Wall Street Journal recently noted that Pruitt has been aggressively working on replacing Barack liar-nObama-era science advisers. In the month of June alone the EPA notified 38 advisers that their committee appointments would not be renewed. While the Left has claimed that Trump is engaged in a "war on science," the reality is exactly the opposite. A bit of context is needed to better understand the issue at hand.
For years, the EPA has relied heavily on several non-government advisory boards because it is required to hear an advisory board's advice before enacting new regulations. The EPA is not, however, required to heed a board's advice. According to the Federal Advisory Committee Act rules, all advisory boards are required to be balanced and unbiased. Historically, the majority of committee members have come from academia, with some coming from consulting and activist groups. Very few members have come from industry.
One of the EPA's most prominent advisory boards is the Clean Air Scientific Advisory Committee (CASAC). In 1996, the EPA wanted to pass new restrictive regulations on emissions under the guise that these rules were needed to save the lives of thousands of Americans from dangerous air pollution. The problem was that the CASAC countered the EPA's opinion, saying that research findings did not support the agency's conclusion. Ignoring the advice, the EPA went ahead with enacting its costly regulations anyway.
Now here's where the corruption problem begins to rear its ugly head. Ecofascists, frustrated with the independent nature of these advisory committees, worked to stack the deck in their favor. By the mid 2000s two-thirds of all CASAC members were grantees of the EPA. During liar-nObama's two terms, the number of grantees increased significantly, with hundreds of millions of dollars in research grants being awarded to these "independent" advisers. As The Wall Street Journal describes it, "In effect, EPA-funded researchers are empowered to review and approve their own work in order to rubber-stamp the EPA's regulatory agenda. This is all done under the guise of 'independence.'"
By reforming this practice, Pruitt is not working to quash science. On the contrary, he's promoting it by dismantling a rigged system. ~The Patriot Post
https://patriotpost.us/digests/50274
. 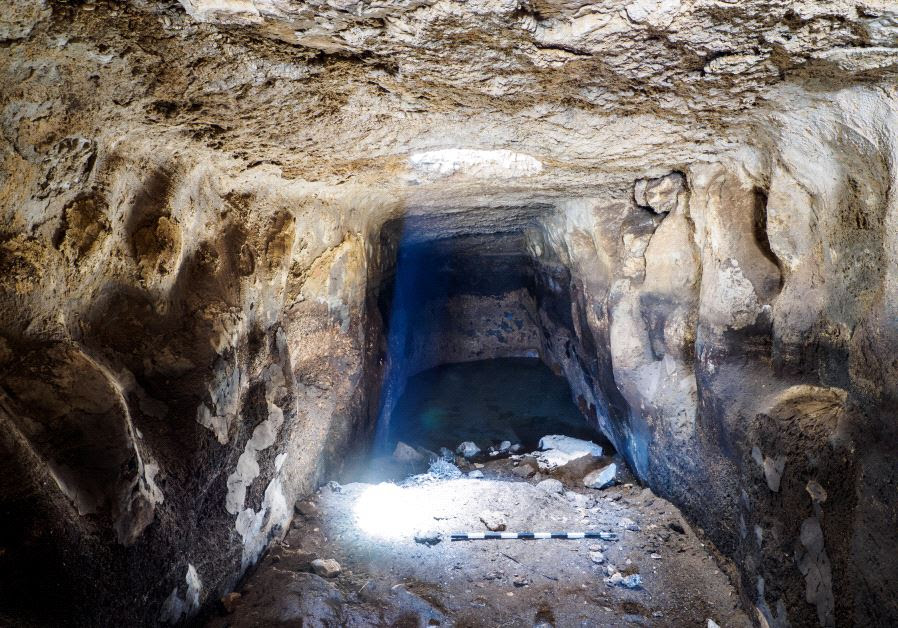 by Daniel K. Eisenbud
{jpost.com} ~ A well-preserved 2,700-year-old reservoir from the Assyrian period was recently unearthed near Rosh Ha’ayin by archeologists from the Antiquities Authority... the authority announced on Thursday. The excavation was carried out with the aid of archeology students prior to the groundbreaking of a new residential neighborhood adjacent to the site, initiated by the Construction Ministry. According to Gilad Itach, director of excavations at the Antiquities Authority, the ancient reservoir – which had numerous engravings on its walls – was critical to the survival of local inhabitants living in the region during protracted dry seasons. Walls engraved with human figures, crosses and vegetable motif. http://www.jpost.com/Israel-News/Rare-2700-year-old-Assyrian-era-reservoir-unearthed-in-central-Israel-500236
.
'X-files' Russia Collusion Investigation
Like Living in 'Banana Republic'

by Lawrence Jones
{foxnews.com} ~ Dan Bongino said that Special Counsel Robert Mueller's investigation into the Trump campaign's dealings with Russia reminds him of a banana republic... "We are seriously turning into a banana republic," the former Secret Service agent and NYPD officer told "Fox & Friends." Bongino called the Russia probe a "ridiculous X-files conspiracy theory." Mueller intends to investigate Trump's personal finances such as his tax returns and real estate deals as part of the probe. President Trump hit back against this news, saying in a New York Times interview that those items are not within the scope of the probe. "This is a disaster," Bongino said. "This is not the way we do things."...http://insider.foxnews.com/2017/07/22/russia-trump-mueller-collusion-banana-republic-xfiles-bongino
VIDEO:  https://www.youtube.com/watch?v=y-8Dut-tEbA
.
Senator Graham Urges Pro-Sovereignty
Republicans Not To Vote For Him

by Rick Wells
{rickwells.us} ~ In comments he made during the rollout of his latest illegal alien amnesty effort, Lindsey Graham actually had some excellent advice for Republicans in South Carolina... don’t vote for him. Graham was appearing alongside his fellow 2013 gang of eight amnesty comrade, Democrat Dick Durbin of Illinois – nobody should vote for him either. In what seems like disingenuous grandstanding, Graham said if people have a different view of amnesty for illegals from his he doesn’t want their vote because he’s not going to be serving them well. If that were the real standard Washington would be a ghost town, but okay. Graham said, “There are a lot of Republicans who make a point that I agree with, ‘Well if you give these kids,’ who are all great kids, ‘amnesty or legal status, aren’t you enticing more to come?'” Hold on a minute Tinkerbell, they’re not all kids, some of those receiving legal status would be in their thirties, potentially forties. And they’re not all great, they’re individuals, some are better than others...http://rickwells.us/senator-graham-urges-pro-sovereignty-republicans-not-vote/
VIDEO:  https://www.c-span.org/video/?c4677459/graham-amnesty
.
Right As She’s About To Testify, Susan Rice Does Something To Show Her Guilt ONCE AND FOR ALL

by Emily Nowak
{libertywriters.com} ~ Former national security advisor Susan Rice’s testimony for the House Intelligence Committee has been reportedly postponed... Rice had formerly been scheduled to speak on Tuesday, but she has been rescheduled for a later date. Rice has been subpoenaed for her role in possibly improperly “unmasking” the names of some Americans, some of whom may have been involved in the Trump campaign. Former Security Advisor Michael Flynn was a potential victim of Rice’s unmasking, a transcript of his conversation with a Russian official later being leaked to the press... https://libertywriters.com/2017/07/right-shes-testify-susan-rice-something-show-guilt/
VIDEO:  https://www.youtube.com/watch?v=tJe0TiC81xg
.
Hungary’s PM Pledges To Fight
“Soros Mafia Network” And EU Globalists

by Rick Wells
{rickwells.us} ~ The cat is out of the bag – the mangy, sinister, prune-skinned, near-fossilized, fat cat. Globalist George Soros is known for the villain he is to those who are paying attention... One of those who is aware of his campaign of global conquest and destruction is Prime Minister Viktor Orban of Hungary and he’s fighting back. Orban has been engaged in a long-running, expanding and increasingly open battle with Soros and the EU over their attacks on Hungarian society. He is defying pressure for and the chief manifestation of the threat presently posed by the globalists, the invading Islamic hordes. Orban recognizes that they bring with them the end of Hungary’s culture, Christian heritage and independence. In a speech on Saturday, Orban said that the EU leadership, in conjunction with and under the direction of Soros, is seeking a “new, mixed, Muslimized Europe.”...http://rickwells.us/hungarys-pm-pledges-fight-soros-mafia-network-eu-globalists/
.

.
For the first time, Israel describes
the aid work it carries out in Syria 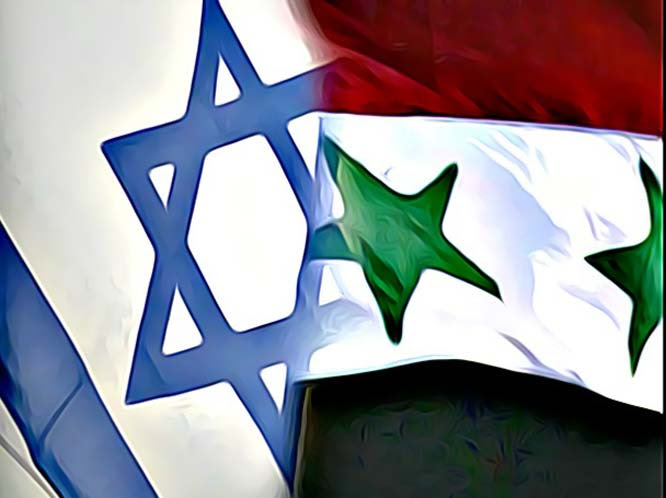 by Ruth Eglash
{jewishworldreview.com} ~ Israel made public for the first time this week the extent of its humanitarian aid to the civilian population living just across its northern border in Syria.

It's well documented that Israel has provided emergency medical treatment to Syrian fighters seeking help. As many as 3,000 wounded individuals have made their way to the border and received lifesaving medical treatment in Israeli hospitals before returning to their homeland.

There have also been media reports that Israel has provided financial and other support to some of the rebel groups fighting against the army of Syrian President Bashar Assad in a civil war that started in 2011.

But on Wednesday, the Israeli army opened its store rooms and briefed journalists on the full extent of a humanitarian operation it calls "Good Neighbors." As part of the effort, Israel has transferred 360 tons of food, 450,000 liters of gasoline and 50 tons of clothing to Syria. It has also sent large quantities of painkillers, anesthetics and basic medicine for diabetes and asthmatics.

While its official policy has been to steer clear of the fighting raging a few miles from its border, Israel has been drawn into the conflict on numerous occasions, returning fire toward Syrian army positions, even killing fighters, when errant fire reaches into its territory.

On Wednesday, during a meeting with eastern European leaders in Budapest, Israeli Prime Minister Benjamin Netanyahu was heard saying too that Israel had carried out dozens of attacks against arms convoys in Syria making their way to militant Lebanese group Hezbollah.

"We blocked the border not only in Egypt but in the Golan Heights," Netanyahu told leaders from Hungary, the Czech Republic, Poland and Slovakia. "We built the wall because there was a problem with ISIS and Iran trying to build a terror front there. I told Putin, when we see them transferring weapons to Hezbollah, we will hurt them. We did it dozens of times."

The meeting was being held behind closed doors but Netanyahu's remarks were accidentally transmitted to reporters covering the event, Israeli newspaper Haaretz reported.

During the trip to the Israeli-occupied Golan Heights on Wednesday, military personnel shared with journalists that over the past year Israel has provided aid to some 200,000 civilians living on the Syrian side of the Golan Heights.

As many as 6.5 million Syrians have been displaced in the fighting, many of those have made their way to nearby countries and even Europe, only the poorest Syrians have turned to Israel for assistance, Col. Barak Hiram, Brigade Commander of the Golan Heights told reporters.

Israel and Syria have never had diplomatic relations and have been officially at war since Israel's establishment in 1948. Until now, there was almost no human interaction between Israelis, who took control of part of the Golan Heights after the 1967 war, and those Syrians who live close to Israel's border.

"They have been taught all their lives that Israel is Satan and were afraid to come to the border for help," said Hiram.

Much of the Syrian population in that area live in rural villages, about 50 percent are under 18. There are also internally displaced people who have arrived in the area, with some 400 families living in tents close to the border, he said.

The fighting had left many residential areas with no running water or electricity, educational and health-care facilities are almost nonexistent. Those that are still standing have only rudimentary equipment, said Hiram.

Since last summer, Israel has transferred infrastructure equipment such as generators and piping to repair the water system and hundreds of tons of basic food supplies and medicine.

The Israeli army has also facilitated basic medical treatment for Syrian children and their parents in triage clinics set up along the border, allowing more serious cases to be treated in Israeli hospitals.

Until now, most of the operation took place at night but in roughly two weeks, a medical clinic to be run by a team of American doctors and protected by the Israeli army will open in the area and operate during the day, said Hiram.

Noam Fink, the chief medical officer of Israel's Northern Command, who oversees the medical program in the Golan, said children with basic illnesses or conditions could now receive simple treatment.

"It makes me proud that we are doing this, and I hope that the international language of medicine will start relations with our neighbors," he said.
http://www.jewishworldreview.com/0717/israel_aid_syria.php3
E-mail me when people leave their comments –
Follow