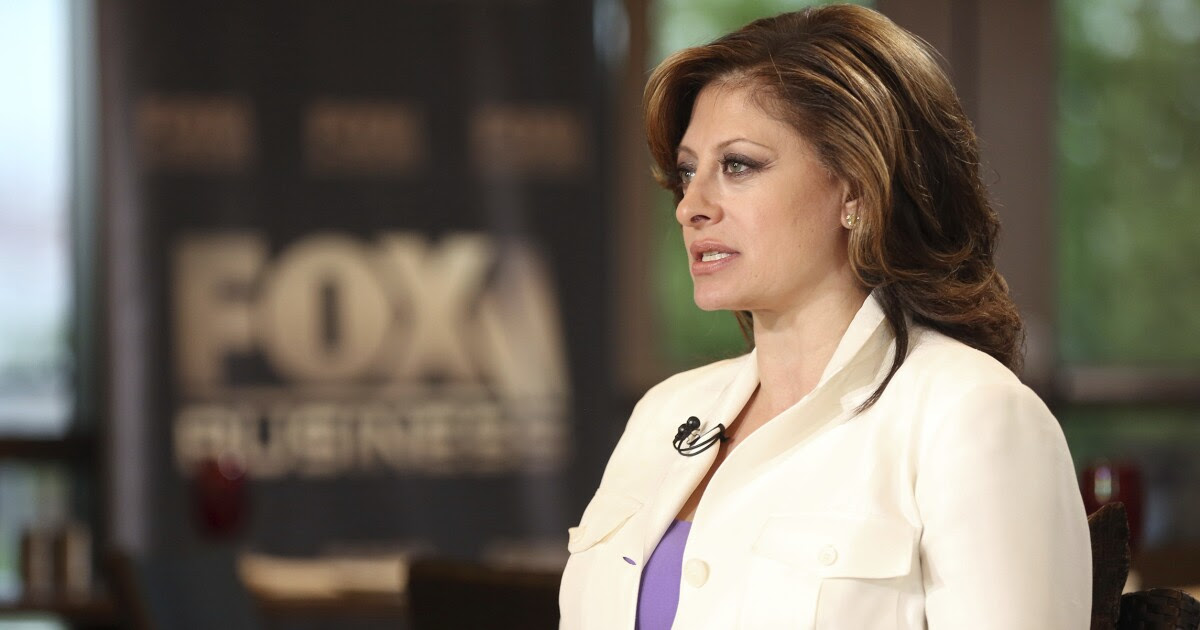 by Daniel Chaitin
{ washingtonexaminer.com } ~ Fox Business anchor Maria Bartiromo says her sources are telling her an extensive report by Justice Department Inspector General Michael Horowitz on alleged Foreign Intelligence Surveillance Act abuses by the Justice Department and the FBI will be released by the end of next week... Bartiromo, who is the first journalist to report an exact release date, discussed what she had learned on her Fox News show, Sunday Morning Futures, with two Republican congressmen who deduced former high-ranking government officials are bracing for a scathing critique. "I’m hearing the IG report will be out this upcoming Friday, Oct. 18, and my sources say it’s as thick as a telephone book," Bartiromo said, adding that it covers "more than just FISA abuse." It has been exactly one month since Horowitz announced the completion of the investigation by his team, who pored over more than 1 million records and conducted 100-plus interviews. The inspector general gave a draft to the Justice Department and FBI for a classification review. Upon the completion of that process, the report will first be delivered to Senate Judiciary Committee Chairman Lindsey Graham, who has pledged to do a "deep dive" of his own into FISA that will run concurrently with U.S. Attorney John Durham's review of the early stages of the Russia investigation. The South Carolina Republican said his "No. 1 goal" is to have as much of the report declassified as possible. Republicans allege top Justice Department and FBI officials misled the FISA court by using an unverified dossier compiled by British ex-spy Christopher Steele to obtain warrants to electronically monitor onetime Trump campaign adviser Carter Page in an attempt to dig up damaging information about Trump...   https://www.washingtonexaminer.com/news/maria-bartiromo-doj-inspector-general-report-due-out-friday-and-covers-more-than-just-fisa-abuse?utm_source=WEX_News%20Brief_10/13/2019&utm_medium=email&utm_campaign=WEX_News%20Brief&rid=5261
VIDEO:  https://www.youtube.com/watch?v=8_hfpFu4RXQ
.
John Durham Has Expanded
Investigation Of CIA, FBI Activities

by CHUCK ROSS
{ dailycaller.com } ~ The U.S. attorney probing FBI and CIA counterintelligence activities related to the Trump campaign has expanded the scope of the inquiry, according to Fox News... John Durham, the U.S. attorney in Connecticut, is using additional agents and resources as part of the inquiry, which is also looking at the activities of foreign intelligence agencies. Senior administration officials told Fox News’s Bret Baier that Durham has expanded the investigation because of information he has obtained in the probe. However, based on what he has been finding, Durham has expanded his investigation adding agents and resources, the senior administration officials said. The timeline has grown from the beginning of the probe through the election and now has included a post-election timeline through the spring of 2017, up to when Robert Mueller was named special counsel.  Attorney General William Barr appointed Durham to oversee the inquiry shortly after the end of the special counsel’s investigation, which said there was no evidence that the Trump campaign conspired with the Russian government. Barr has said he has questions about the timeline of events leading up to the FBI’s opening of Crossfire Hurricane, the counterintelligence investigation of the Trump campaign. “I assumed I’d get answers when I went in, and I have not gotten answers that are well satisfactory, and in fact probably have more questions,” Barr told CBS News on May 31, adding that “some of the facts that … I’ve learned don’t hang together with the official explanations of what happened.”...   https://dailycaller.com/2019/10/09/john-durham-fbi-cia-barr/
.
Oops! California’s expensive solar panels to
fight climate change don’t work during blackout 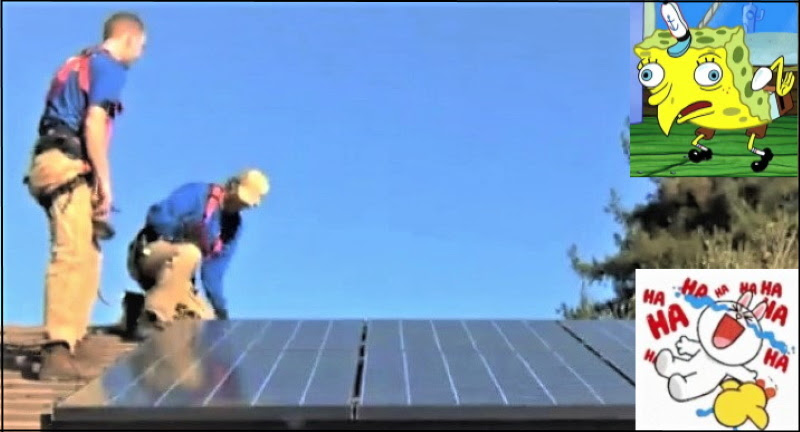 by Samantha Chang
{ bizpacreview.com } ~ Californians who screech about climate change were furious after discovering that the expensive solar panels they installed on their rooftops don’t work during a blackout unless they buy an equally expensive battery system... This week, a mass power outage occurred when utility company PG&E Pacific Gas and Electric Co. shut down the electric grid in Northern California to prevent wildfires, which have been ravaging the state. The grid shutdown in 34 counties caused more than 738,000 area customers to lose power, KCRA reported. The irony is that California’s insistence on solar panel installation has not helped at all during the forced grid shutdown. Moreover, beginning in January 2020, California has made it mandatory for all new homes to be built with solar panels. “Energy experts estimate that building solar panels can add another $10,000 to $15,000 to the cost of rebuilding,”  according to Action News Now. In other words, installing solar panels to combat climate change is not only more expensive, but has proven to be ineffective in helping maintain power during a blackout. So what’s the point? Fortunately, leftists believe that interpretive dance can combat climate change...
https://www.bizpacreview.com/2019/10/12/oops-californias-expensive-solar-panels-to-fight-climate-change-dont-work-during-blackout-838403?utm_campaign=bizpac&utm_content=Newsletter&utm_medium=Newsletter&utm_source=Get+Response&utm_term=EMAIL
VIDEO:  https://rumble.com/v8axzz-oops-california-residents-learn-solar-panels-dont-work-during-blackouts.html
.
commie-Ocasio-Cortez Hauled Off
To Court… She’s FURIOUS
by youtube.com ~ Rep. commie-Alexandra Ocasio-Cortez (D-NY) is being hauled off to court. She is furious about it, but there’s nothing she can do. Justice has arrived... The socialist congressman’s “use of Twitter is landing her hot water, with several people filing suit against her for blocking them on the platform,” reported One America News Network (OAN) in a recent newscast. OAN’s Ryan Girdusky interviewed one of the plaintiffs, Dov Hikind — a Democrat and former member of New York’s legislature who has “an ongoing lawsuit” against commie-Ocasio-Cortez. “Very, very excited,” said Hikind. “November fifth, eleven o’clock in the morning, commie-AOC will be on the stand. The big question from the judge, from everybody, why did you block me, Dov Hikind?” “Five million followers, one of the few people she had a problem with was me,” he continued. “When her campaign manager was on the stand … and was asked why commie-AOC blocked me, she didn’t have an answer.” Girdusky noted that commie-AOC blocked Hikind after he tried to correct her comments about “concentration camps” being on the border. Hikind, a Jewish man, said he found this, in particular, to be “one of the most objectionable things.”  VIDEO:  https://www.youtube.com/watch?v=g3nazTWc_jI&feature=youtu.be&fbclid=IwAR2JGRck-OpqkjyMrdEXnTwb9PGu45qF6hHwYHVbsu3sa1NR6l_a-ROEEMo
.

There have so far been two hearings in the House Democrats’ effort to impeach President Donald Trump over the Ukraine matter. Both have been held in secret. One was last Thursday, the other Friday, and the public does not know what was said in either. Two more are scheduled for this week, and they will be held behind closed doors, too.

Last week’s sessions weren’t just secret. They were super-secret. The first hearing, in which the witness was former Ukraine special envoy Kurt Volker, was held in what is known as a SCIF, which stands for sensitive compartmented information facility. It is a room in the Capitol, built to be impervious to electronic surveillance so that lawmakers can discuss the nation’s most important secrets without fear of discovery.

The second hearing, in which intelligence community inspector general Michael Atkinson testified, was also held in the SCIF.

Were highly classified matters discussed at the Volker and Atkinson hearings? Apparently not. Neither interview was classified. And even if some classified information were involved, it would be astonishing for Democrats to believe they could attempt to remove the president on the basis of information that is not available to the public.

The secrecy, decreed by House Intelligence Committee Chairman scumbag-Adam Schiff, has taken Republicans by surprise. Some are now speaking out about it.

“scumbag-Adam Schiff is running an impeachment inquiry secretly, behind closed doors, and he’s making up the rules as he goes along,” said Republican Rep. John Ratcliffe.

“These proceedings should be public,” added Republican Rep. Jim Jordan. “Democrats are trying to remove the president 13 months before an election based on an anonymous whistleblower … and they’re doing it all in a closed-door process.”

“This is nothing more or less than a show trial for the media,” said Rep. Devin Nunes, the ranking Republican on the Intelligence Committee, noting that with secrecy rules in place, the public knows only what is leaked to the press. “The Democrats leak what they want to leak to build narratives.”

Of course, that is not how Democrats would describe it. For his part, scumbag-Schiff has said that secrecy is needed to protect the identity of the CIA whistleblower who started the entire process. “The whistleblower has the right in the statute to remain anonymous,” scumbag-Schiff said recently, referring to the Intelligence Community Whistleblower Protection Act, which lays out the process through which intelligence community whistleblowers can file complaints.

First, the inspector general is the only official specifically prohibited from disclosing the identity. And second, even if the statute’s use of “investigation” refers to the inspector general’s probe, the fact is, the whistleblower is now part of an impeachment proceeding. Disclosure is, in fact, unavoidable; Democrats cannot keep entire hearings secret, keep vital information away from the American people, in the name of preserving the anonymity of a whistleblower.

Yet that appears to be what scumbag-Schiff and his Democratic colleagues are doing. This week the U.S. ambassador to the European Union, Gordon Sondland, was scheduled to be interviewed, but the State Department nixed his appearance at the last minute. That session was set to be held behind closed doors. Also this week, lawmakers will interview former U.S. ambassador to Ukraine Marie Yovanovich — behind closed doors. Republicans can complain, but Democrats, in firm control of the House, can do as they like. (An inquiry to scumbag-Schiff’s office went unanswered.)

The Democratic drive to impeach President Trump over Ukraine is the first impeachment proceeding solely about foreign policy. The exercise of foreign policy sometimes involves secrecy. The imposition of secrecy was an enormous problem in public understanding of the Trump-Russia affair, which ended with the special counsel unable to establish that there had been any conspiracy or coordination involving Russia and the Trump 2016 campaign. In that investigation, the public would have been better served by more disclosure, more quickly.

The impeachment proceedings should be opened up — now.