by Business Review Board 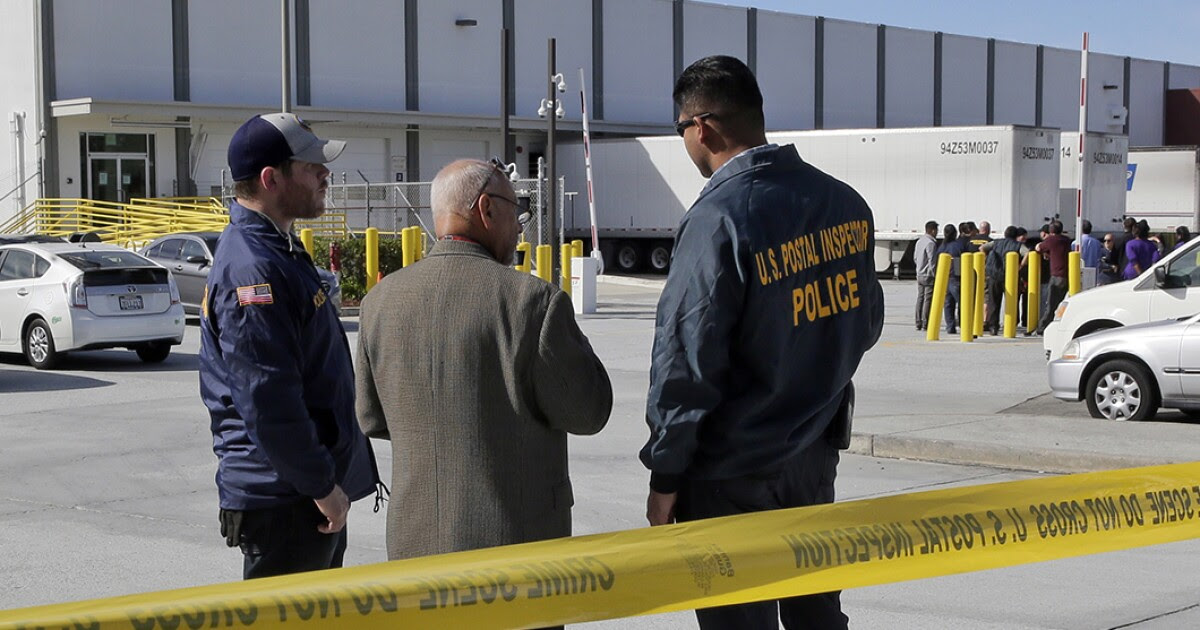 by Anna Giaritelli
{washingtonexaminer.com} ~ The FBI announced late Friday it now has in its possession the missing three packages it had reported were sent... to Sen. lowlife-Kamala Harris, D-Calif., dummycrats-Democratic donor Tom Steyer, and former Director of National Intelligence scumbag-James Clapper. "Earlier today, packages addressed to former Director of National Intelligence scumbag-James Clapper and Sen. lowlife-Kamala Harris were recovered in New York and California, respectively," the FBI wrote on Twitter. "The #FBI has confirmed a package has been recovered in California, similar in appearance to the others, addressed to Tom Steyer."All known packages sent to 13 dummycrats-Democratic politicians and donors have been accounted for. However, the FBI warned Thursday that other packages containing bombs may still be floating around. Additional officials who were the intended recipients of these packages are dummycrats-Democratic donor scumbag-George Soros, former State Secretary scumbag/liar-Hillary Clinton, former President Barack scumbag/liar-nObama, former CIA Director scumbag/commie-John Brennan, former Attorney General scumbag-Eric Holder, former Vice President loose lips-Joe Biden, and actor scumbag-Robert De Niro. dummycrats-Democratic lawmakers, including Rep. scumbag/mad-Maxine Waters of California, Rep. Debbie Wasserman Schultz of Florida, and Sen. scumbag-Cory Booker of New Jersey. Federal agents took Cesar Altieri Sayoc, Jr., into custody in connection with the mailed bombs Friday. The 56-year-old U.S. citizen is white and a resident of Florida. He has been charged with five federal crimes, authorities announced Friday afternoon. The Justice Department did not immediately respond to an inquiry about further charges related to the latest packages recovered.
https://www.washingtonexaminer.com/news/fbi-confirms-recovery-of-all-known-packages-mailed-to-trump-foes?utm_source=WEX_Breaking%20News%20Alert_10/26/2018&utm_medium=email&utm_campaign=WEX_Breaking%20News
.
dummycrats-Dems, bruised by scumbag/liar-nObamacare fight,
skeptical of Trump siding with them on drug prices 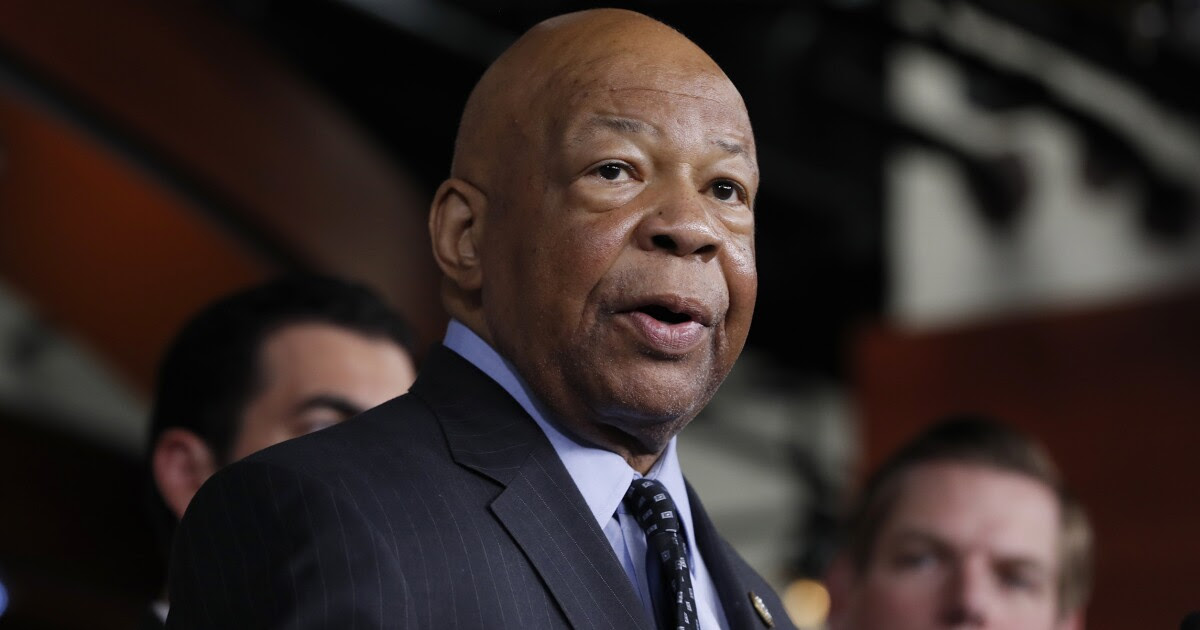 by Robert King
{washingtonexaminer.com} ~ dummycrats-Democrats reacted with skepticism this week when President Trump decided to embrace a policy they favor and install price controls on certain Medicare drugs... a reaction that reflects the lingering resentment from 2017's bruising fight over scumbag/liar-nObamacare repeal. Trump broke with traditional Republican policy when he announced a proposal Thursday to tie reimbursement for certain Medicare drugs to the prices that other wealthy countries like Germany or France pay. Even though congressional dummycrats-Democrats have been receptive to similar policies in the past, they met Trump’s proposal with withering criticism, reminding the public of the president’s pursuit of scumbag/liar-nObamacare repeal.“It's hard to take the Trump administration and Republicans seriously about reducing healthcare costs for seniors two weeks before the election when they have repeatedly advocated for and implemented policies that strip away protections for people with pre-existing conditions and lead to increased healthcare costs for millions of Americans,” said Senate Minority Leader Chuck scumbag/clown-Schumer in a statement Thursday. The administration is seeking comments on the proposal now with the goal of putting out a proposed rule in spring 2019. The proposal would tie prices that Medicare pays for physician-administered drugs like vaccines to prices paid by wealthy countries, which are far lower....
https://www.washingtonexaminer.com/policy/healthcare/democrats-bruised-by-obamacare-fight-skeptical-of-trump-siding-with-them-on-drug-prices?utm_source=WEX_News%20Brief_10/27/2018&utm_medium=email&utm_campaign=WEX_News%20Brief
.
A Giant Pile of Money by Roger Hodge
{theintercept.com} ~ Thousands of Kentucky public school teachers swarmed the state Capitol earlier this year, angry not about low salaries, but about their shrinking pensions... Among their concerns: the high portion of their money that has ended up in the hands of Wall Street in opaque, high-cost products that seem to benefit no one aside from the people who sold them. Rising pension costs helped to send teachers in Colorado into the streets in protest a few weeks later. In the last year, pension woes have also prompted teachers in Ohio and Oklahoma to march. And police, firefighters, and other public employees in Michigan have been staging protests since at least 2016 to preserve their public pensions, more than one-third of which is invested in “alternatives”: private equity, hedge funds, commodities, distressed debt, and other opaque Wall Street investment vehicles. A “Wall Street coup” — that’s how pension expert Edward “Ted” Siedle describes it. Public pensions across the country now squander tens of billions of dollars each year on risky, often poor-performing alternative investments — money public pensions can ill afford to waste. For all the talk of insolvency, $4 trillion now sits in the coffers of the country’s public pensions. It’s a giant pile of money of intense interest to Wall Street — one generally overseen by boards stocked with laypeople, often political appointees. “Time and again,” Siedle has written, “hucksters successfully pull the wool over these boards’ eyes.” In 1974, in the wake of the spectacular collapse of the Studebaker car company and its pension plan, Congress passed a piece of landmark legislation, the Employee Retirement Income Security Act. Under ERISA, companies are required to adequately fund their pensions and follow what was then called the “prudent man” rule, which barred those in charge from putting pension dollars into overly risky investments. The departments of Labor, Treasury, and Commerce were charged with overseeing the country’s pensions and a new body was created, called the Pension Benefit Guaranty Corporation, that would backstop pensions should a business default...
https://theintercept.com/2018/10/20/public-pensions-crisis-wall-street-fees/?utm_source=The+Intercept+Newsletter&utm_campaign=e9150cd44f-EMAIL_CAMPAIGN_2018_10_27&utm_medium=email&utm_term=0_e00a5122d3-e9150cd44f-131896129
.
How Mattis turned Trump's hasty border
tweet into something troops can salute 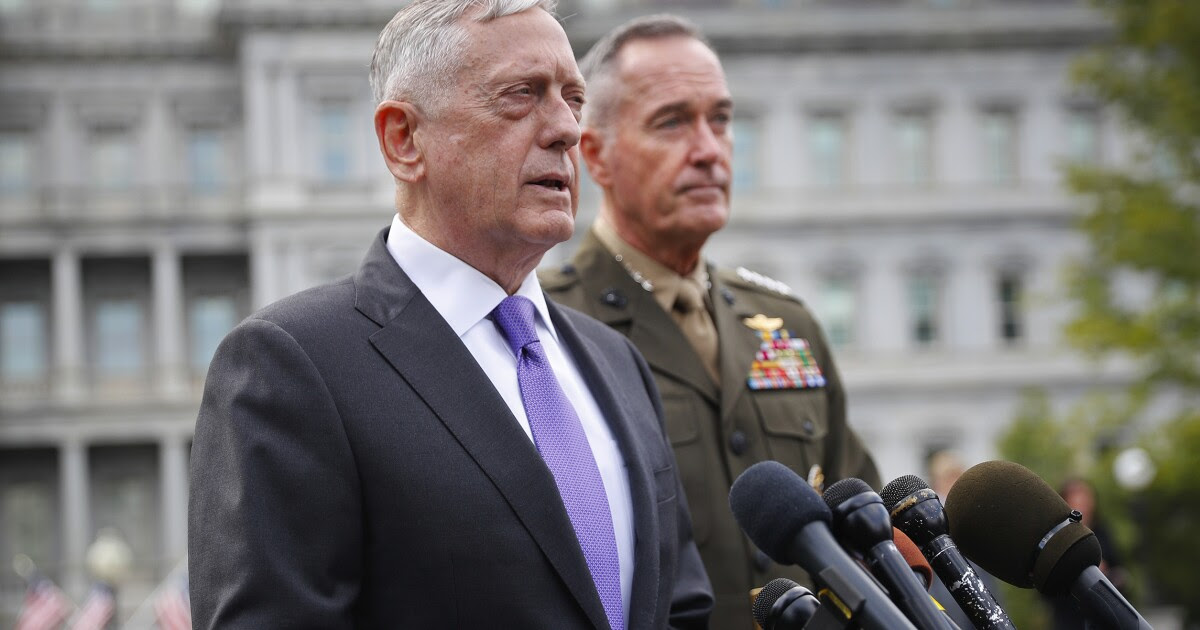 by Jamie McIntyre
{washingtonexaminer.com} ~ What do you do when the boss has a bad idea, but you can't tell him it's a bad idea? Welcome to the world of Defense Secretary Jim Mattis... the man whose job it is to turn President Trump's impulsive orders into something the military is happy to salute. The latest edict: Trump’s order to send active-duty troops to the Mexico border to repel the coming “onslaught” of Central American refugees seeking asylum in the United States. Mattis is carrying out the order in a way that will allow the president to trumpet the deployment, while keeping the troops out of the literal and political line of fire. The high-profile dispatch of a few hundred troops is largely symbolic due to longstanding legal restrictions against active-duty troops engaging in domestic police work. Instead these are mainly support personnel, not infantry, whose jobs will involve providing security for border guards, erect temporary barricades and fencing, ferry guards around on helicopters, give them body armor, and build temporary housing for them. These are all jobs that can, and some argue should, be done by law enforcement or private contractors. “I think that you’ve got to be very careful how you use the military,” said retired Gen. Stanley McChrystal on CNN. “It's not a police force and it should never be a police force.” But what Mattis is doing both fulfills a humanitarian mission and a political goal, says Harry Kazianis, director of defense studies at the the Center for the National Interest...
https://www.washingtonexaminer.com/policy/defense-national-security/how-mattis-turned-trumps-hasty-border-tweet-into-something-troops-can-salute?utm_source=WEX_News%20Brief_10/27/2018&utm_medium=email&utm_campaign=WEX_News%20Brief
.
Organizers of Central American migrant caravan
linked to infamous billionaire scumbag-George Soros by Jerry McCormick
{patriotnewsalerts.com} ~ Many have suggested that the caravan cutting across Mexico and approaching the U.S. southern border was organized by liberals... but now, these mere speculations look to be more like fact. Anyone who thinks that this caravan was a spur of the moment thing is simply being foolish. This was clearly organized quite some time in advance and specifically targeted to coincide with our upcoming midterm elections. The group believed to be behind the caravan was actually touting the migrant group more than a month before the actual caravan started its journey. Now, pay attention, because this connection is purposely layered to hide scumbag-Soros’ involvement. Pueblo Sin Fronteras is the group credited with organizing the caravan. This group is an offshoot of a Chicago, IL illegal immigration advocacy group, La Familia Latina Unida (LFLU), which is a part of the CARA Coalition. The CARA Coalition is funded by several liberal foundations, including scumbag-Soros’ Open Society Foundations...   https://www.patriotnewsalerts.com/open-borders-group/?utm_source=boomtrain&utm_medium=afternoon&utm_campaign=CNA_20181027-2
.

by Business Review Board:  The Heritage Foundation has released a new report finding that if last year’s Republican tax cut is repealed or allowed to expire, it would cost the average American nearly $27,000 in take-home pay over the subsequent decade. As Adam Michel, a co-author of the study, explained, “After 2025, most of the individual tax cuts revert to prior law. The tax cuts expire.”

Michel also noted the need “to solidify the current broad-based economic expansion, Congress must make the tax cuts permanent. A series of three new bills that make up ‘Tax Reform 2.0’ have passed the House.” He added, “The package would make much of last year’s tax reform permanent, introduce new simplifications for family saving, and provide a helping hand for new small businesses.”
dummycrats-Democrats who opposed the economy-spurring Tax Cuts and Jobs Act from the very beginning (recall that not a single dummycrats-Democrat voted for the legislation) have pledged to repeal the law should they regain control of the House. This includes current House Minority Leader sick-Nancy Pulosi (D-CA), who has repeatedly derided the tax cuts as everything from “Armageddon” to “crumbs.”
Likely 2020 presidential candidate Sen. lowlife-Kamala Harris (D-CA), seemingly sensing the problem of repealing the tax cuts, recently announced her own tax-credit plan for lower- and middle-income taxpayers. Harris’s plan would replace the current tax cut with a government wealth-redistribution scheme of more direct payouts to the poor. The Tax Foundation analysis  of lowlife-Harris’s tax credit proposal estimated that it would cost the government $2.7 trillion over 10 years and — surprise — negatively affect the economy.
But dummycrats-Democrats aren’t about growing the economy with tax policy; they’re about growing a dependent class of voters. No wonder they hate GOP tax cuts.

https://patriotpost.us/articles/59097?mailing_id=3819&utm_medium=email&utm_source=pp.email.3819&utm_campaign=snapshot&utm_content=body
E-mail me when people leave their comments –
Follow