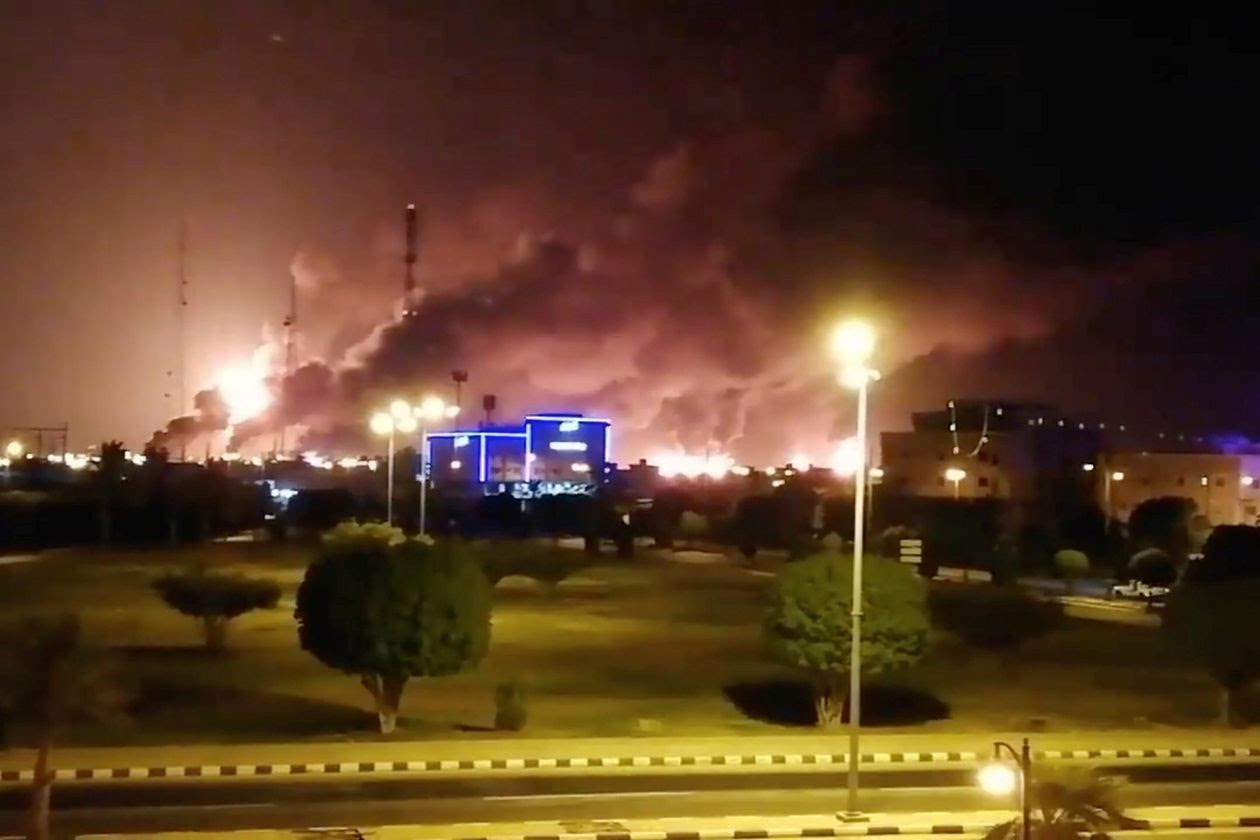 By Summer Said, Jared Malsin and Jessica Donati
{ wsj.com } ~ Secretary of State Mike Pompeo blamed Iran for coordinated drone strikes on the heart of Saudi Arabia’s oil industry, saying they marked an unprecedented attack on the world’s energy supply... The strikes shut down half of the kingdom’s crude production on Saturday, potentially roiling petroleum prices and demonstrating the power of Iran’s proxies. Iran-allied Houthi rebels in neighboring Yemen claimed credit for the attack, saying they sent 10 drones to strike at important facilities in Saudi Arabia’s oil-rich Eastern Province. But Mr. Pompeo said there was no evidence the strikes had come from Yemen. In a tweet, he said the U.S. will work with allies “to ensure that energy markets remain well supplied and Iran is held accountable for its aggression.” He added that the strikes showed Iran wasn’t serious about diplomacy. Mr. Pompeo didn’t explain how the U.S. believes Iran was to blame or where the strikes originated, but Iran-backed militias in Iraq have previously been responsible for targeting Saudi Arabia’s oil industry. The production shutdown amounts to a loss of about 5.7 million barrels a day, the kingdom’s national oil company said, roughly 5% of the world’s daily production of crude oil. Officials said they hoped to restore production to its regular level of 9.8 million barrels a day by Monday. Energy Minister Prince Abdulaziz bin Salman said lost production would be offset through supplies of oil already on hand...   https://www.wsj.com/articles/drone-strikes-spark-fires-at-saudi-oil-facilities-11568443375?emailToken=cc1ecfef84f3ed0bad567030e7e0a62eJPo9GKlZY1RVyctYBNUKDFIf3HNBa6A06qo/Fwpnr6wwoYGEabBCohnxCRLyd21%20NLAWuvPtN55NDmzI2VvtZZ%20uTeP60hfhVNxipST2d3E=
VIDEO:  https://www.youtube.com/watch?v=lqWQFlxNrWE
.
As Immigrants Drop Food Stamps, California Counties Sue Over Public-Charge Rules 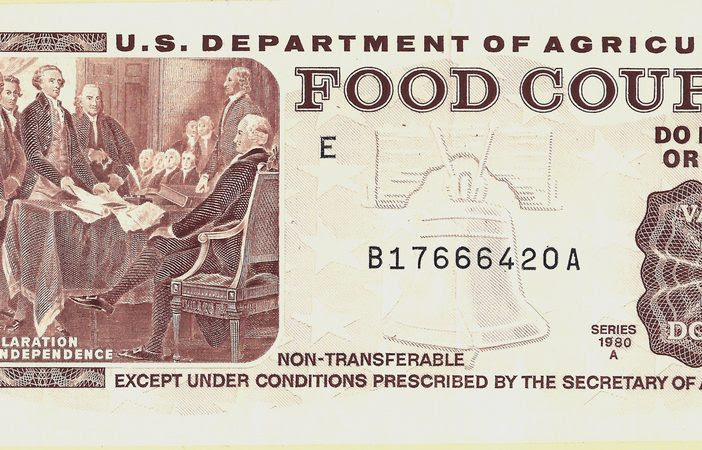 By BOB DANE
{ immigrationreform.com } ~ In the months since the Trump administration announced rules pertaining to immigrants who are likely to become, or who are, “public charges,” two Northern California counties recorded notable declines in benefit enrollments... San Francisco and Santa Clara counties  reported that use of the Supplemental Nutrition Assistance Program (food stamps) by immigrant households declined 12.8 percent and 20 percent respectively. San Francisco also said Medicaid participation by immigrant households dropped 13.5 percent. The counties cited the statistics in a U.S. District Court filing as evidence of “irreparable harm” from pending public-charge rules. Seeking to block the rules, local officials called them “arbitrary,” “capricious,” “irrational” and other nasty things. Such hyperbole is over the top. Despite claims that the administration is pursuing a “radical expansion” of the definition of a public charge, the new rules fully exempt asylum-seekers and refugees. In fact, the rules are consistent with the spirit and letter of long-standing public-charge laws. As FAIR points out:  Bans on immigrants likely to become a public charge date back to the days of colonial Massachusetts, and were first enacted into U.S. immigration law in 1882. Restrictions were reinforced in the 1952 Immigration and Nationality Act, the current basis of the nation’s immigration laws. In 1996, Congress reiterated its desire to bar those likely to become a public charge, noting that immigrants should arrive self-sufficient. Today, however, nearly half of all immigrant-led households are on some form of public assistance versus 30 percent of native households. Instead celebrating immigrants’ strides toward self-support, Bay Area bureaucrats are clamoring to keep caseloads up. Americans are rightfully concerned about a public-assistance system that fosters dependency on handouts...   https://www.immigrationreform.com/2019/09/05/public-charge-california-dependency-immigrationreform-com/?mkt_tok=eyJpIjoiTURWaFpHSXpZemcyTVRRNSIsInQiOiJJeDVIUHdUWHFWdlU5dXg1azY3Q0pkMVBQYUJDbUJLVjA3d3pDVnoyWmRydnkyVHhPc1wvVzdhZTREOTN1RzFEaE5oeFQxaGhUSkFodVJQZnVHc0UxVGdnSFhxQTlYT3dkemFzNTZFU0xTUnlqT2xzeDVVbDM2ZkE1c2thZ0dwY3MifQ%3D%3D
.
Poverty And Affordable Housing - California's
New Rent Control Law Will Make Things Worse 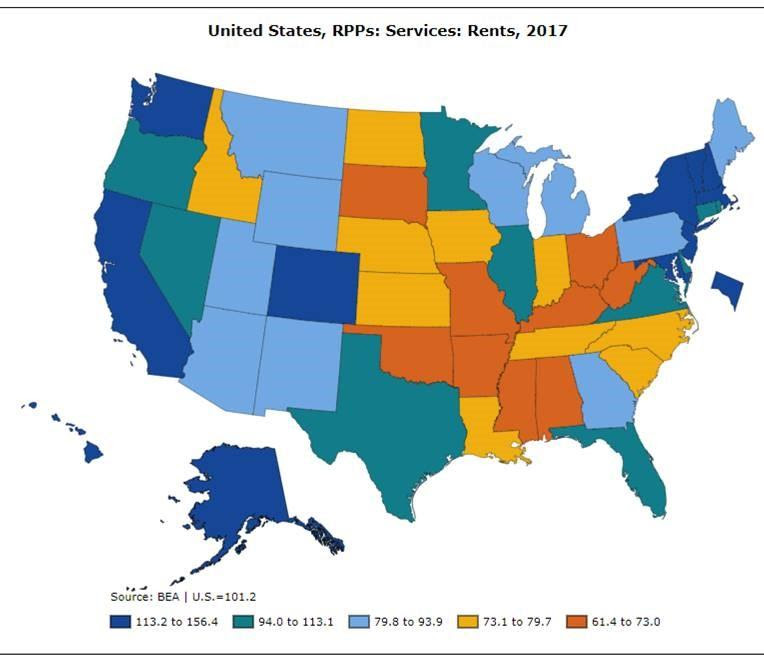 by Chuck DeVore
{ forbes.com } ~ The U.S. Census Bureau issued its annual reports on poverty in America on Sept. 10. Once again, California had the nation’s highest poverty rate, 18.2% over the last three years surveyed... using a measure of poverty that accounts for regional cost differences and a larger array of government welfare and expenses. California’s Supplemental Poverty rate was proportionately 38% higher than the national average, 13.2%. California’s Supplemental Poverty measure has been improving as the state’s unemployment rate dropped from an annual average of 12.2% in 2010 to 4.8% in 2017. But, during that entire time California has logged the nation’s highest poverty rate. The Official Poverty Measure tells a different story—but the half-century-old measure assumes the cost of living in Manhattan is the same as it is in Fresno. The main reason why California’s poverty rate has remained stubbornly high—proportionately 13% higher than Mississippi’s 16.1% and 26% higher than arch-rival Texas’ 14.4%—is that California’s housing costs have remained among the highest in the nation. The U.S. Bureau of Economic Analysis estimated that California’s rent index a broad measure of real estate costs that includes owner-occupied housing was 153.7 of the U.S. average of 100 in 2009, dipping to a low of 147.3 in 2015 and then rising to 150.6 in 2017 as California’s recovery from the Great Recession caused housing demand to outstrip supply. California’s new housing stock has been severely restricted by the state’s myriad of web of development fees, restrictive zoning rules, environmental laws—including greenhouse gas restrictions—and lawsuits. Now it’s about to get much worse, with statewide rent control further discouraging new investment in the state...  https://www.forbes.com/sites/chuckdevore/2019/09/13/poverty-and-affordable-housing-californias-new-rent-control-law-will-make-things-worse/?mkt_tok=eyJpIjoiWW1SbVpETmhNalJtTnpreCIsInQiOiJSN0daMGlMOVwvMTM4eXFXOVJuNitKMUkyREpHUDFHZmVOcjlQdVZ0SVpJdXVPa0tDbVBDMEJ1QURVaTNRK0xcL0tVKzJWSWxxb05NeVBRV01VZmFIYjhvNmJ1WnN3VjhzbEl3c1wvakd5N0RkdmxhT084NVlYSzVFSHpGSDN4MERnQyJ9#3db727e54281
.
Trey Gowdy rips House Dems' investigation
into Trump: 'Disaster from day one'
By Sam Dorman
{ foxnews.com  } ~ Former House Oversight Committee Chairman Trey Gowdy, R-S.C., lambasted Democratic attempts to investigate the president as one of the party's leading committees advanced closer to formal impeachment proceedings... "This has been a disaster from day one and I don't expect that to change," Gowdy said while appearing on "Your World" on Saturday. His comments came after months of House Judiciary Chairman scumbag liar-Jerrold Nadler, D-N.Y., pressing for more answers in the Russia investigation. scumbag liar-Nadler, who favored impeachment, previously faced pushback from House Speaker liar-Nancy Pelosi, D-Calif., on pursuing formal impeachment proceedings. But on Thursday, scumbag liar-Nadler announced that his committee set the ground rules for official proceedings. Gowdy balked at scumbag liar-Nadler's efforts, arguing that the Democrats had already lost in their attempt to take the president down through the Russia investigation. "You talk about mishandling something from day one, scumbag liar-Nadler has mishandled -- I mean, if we are debating nomenclature between an impeachment inquiry and an impeachment investigation, they've already lost," he said.  https://www.foxnews.com/media/gowdy-nadler-dems-disaster
.
JW Videos of the Week
Revealing the TRUTH about Gun Control, Red Flag Laws, & the 2nd Amendment
https://www.youtube.com/watch?v=V_0ZvAm96fo&feature=youtu.be&utm_source=deployer&utm_medium=email&utm_campaign=weekend+playback&utm_term=members&utm_content=20190914171527
.
IG Report Shows scumbag-James Comey was SPYING on President Trump & Violated the Law!
https://www.youtube.com/watch?v=ItOrbHqsAMA&feature=youtu.be&utm_source=deployer&utm_medium=email&utm_campaign=weekend+playback&utm_term=members&utm_content=20190914171628
.
FINALLY, A PROSECUTION OF THE DEEP STATE? NEW DOJ/STATE DOCS CONFIRM COUP AGAINST TRUMP
https://www.youtube.com/watch?v=g-j9_A9G6cI
.
IN CASE YOU MISSED IT--Smoking Gun scumbag/liar-nObama/scumbag/liar-Clinton DocsTie Benghazi Weapons to Syria Mess
https://www.youtube.com/watch?v=4IkaDh015nY&feature=youtu.be%3Futm_source%3Dfacebook&utm_medium=social&utm_campaign=video
.

Thomas Gallatin:  President Donald Trump was handed a big win by the Supreme Court on Wednesday when the justices terminated all nationwide injunctions that prevented the administration from enforcing its new asylum rule. The rule in question bans asylum requests from individuals who crossed an adjacent country to the U.S. without having first sought asylum in the adjacent country.

The rule was added as a temporary measure, explained acting Homeland Security Secretary Kevin McAleenan, to “reduce a major pull factor driving irregular migration to the United States and enable DHS and DOJ to more quickly and efficiently process cases originating from the southern border, leading to fewer individuals transiting through Mexico on a dangerous journey.”

On Monday, the Ninth Circuit Court of Appeals ruled that U.S. District Court Judge Jon Tigar’s nationwide injunction against Trump’s asylum rule could only apply to the region of the Ninth Circuit, not the entire nation. However, the next day Judge Tigar, a Barack scumbag/liar-nObama appointee, reissued his nationwide injunction arguing that it was necessary to “maintain uniform immigration policy.”

It’s important to note that SCOTUS’s ruling was not on the merits of Trump’s asylum rule; rather it was over the legality of a district judge’s authority to issue nationwide injunctions. The case now returns to the Ninth Circuit, which is less of a bad thing than it used to be. That court has received quite the facelift since Trump’s election. As Fox News reports, “The San Francisco-based appellate court has seven Trump-appointed federal judges — more than any other federal appellate bench. The radical transformation of the court, which has 29 seats, is largely the result of Trump’s push to nominate conservative judges and bypass traditional consultations with Senate Democrats. Thirteen of the 29 seats are now occupied by GOP-appointed judges. Last year, that number stood at six.”   ~The Patriot Post