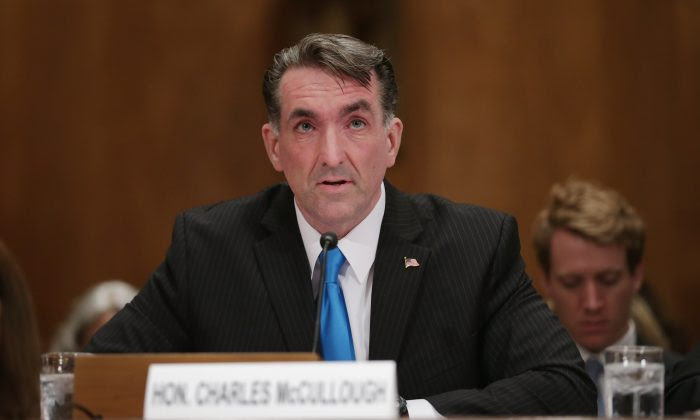 by Peter Avab
{ theepochtimes.com } ~ The FBI lost notes from a 2015 meeting with people from the office of the Intelligence Community Inspector General (ICIG)... according to newly released FBI records on the investigation of former Secretary of State scumbag/liar-Hillary Clinton’s alleged mishandling of classified information.  The news raises concern that some information about an explosive lead passed by the ICIG to the FBI now might be lost. The lost notes memorialized a meeting that took place on Aug. 3, 2015, less than a month after the ICIG made a referral to the FBI that classified information may have been disclosed in an unauthorized manner to a foreign power because scumbag/liar-Clinton conducted State Department business through an email hosted on an insufficiently secured server in her basement. The ICIG-FBI meetings hold special significance because it was allegedly several of these meetings where the ICIG officials passed a lead to the FBI about anomalies in the metadata of the emails indicating that a copy of nearly every email was sent to an agent of a foreign power. Several lawmakers, as well as the Justice Department’s Inspector General, publicly confirmed that then-ICIG Charles McCullough told them about the metadata anomalies and that the lead was communicated to the FBI. The FBI acknowledged that scumbag/liar-Clinton’s emails could have been breached by foreign actors who covered their tracks, but denied that any evidence of foreign infiltration was found. Several current and former senior FBI officials involved in the scumbag/liar-Clinton case denied in congressional testimonies any recollection of receiving the metadata lead...
https://www.theepochtimes.com/fbi-lost-notes-from-clinton-probe-meeting-significant-to-concerns-over-foreign-exfiltration-lead_2912428.html
.
No, There Isn’t Moral Equivalence
Between Communist China And The U.S. 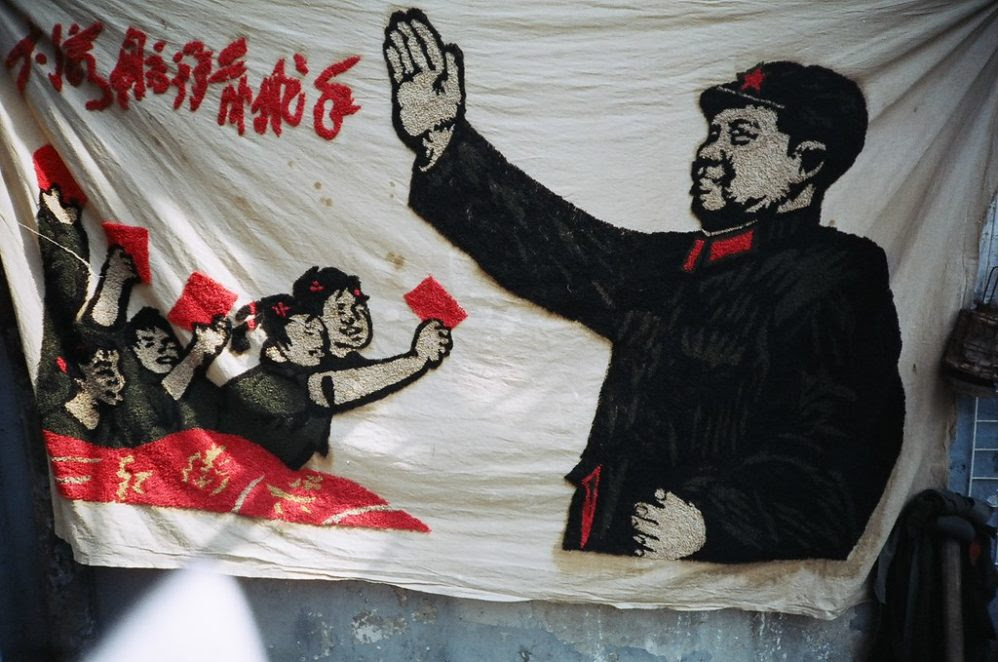 by Ben Weingarten
{ thefederalist.com } ~ Just as trade negotiations between China and the United States may be reaching their crescendo... an outspoken ex-conservative has made an assertion about the People’s Republic of China (PRC) likely to warm the hearts of the leaders of the ruling Chinese Communist Party (CCP). Writing in the Washington Post on his desire for an “unapologetic atheist” to someday ascend to the White House, Max Boot says: There are too many examples of evil committed in the name of God to assume that people act morally because they are afraid of divine punishment. More likely, people are social animals who develop moral codes so they can live at peace with their neighbors. That’s why almost all societies, whether religious or not, have similar taboos against murder, robbery, rape and other sins. Most of China’s 1.4 billion people have no religious affiliation, and fewer than 7 percent are monotheists. Is there any reason to believe that China is a less moral place than the United States, where 70.6 percent profess to be Christians? Boot’s apparent attempt to draw moral equivalence between China and the United States would be news to the 1.4 billion Chinese citizens living in the world’s leading surveillance state—to the extent they are able to read his article behind the Great Firewall, and not one of the 1 to 2 million Uighurs currently imprisoned in “re-education camps” or countless others held captive for challenging the Party line. It would be news to members of the dissenting Chinese diaspora being tracked down and targeted by the Communist regime at every corner of the Earth. And it would be news to those peoples whose sovereignty is threatened by the CCP and the People’s Liberation Army that serves it—“it” being the Party, not the country...
https://thefederalist.com/2019/05/10/no-isnt-moral-equivalence-communist-china-u-s/?utm_source=The+Federalist+List&utm_campaign=771609adf9-RSS_The_Federalist_Daily_Updates_w_Transom&utm_medium=email&utm_term=0_cfcb868ceb-771609adf9-83771801
.
A War Reporter Covers The End of Ice - And
It Will Change The Way You Think
About Climate Catastrophe

by  Elise Swain
{ theintercept.com } ~ Focusing on breath and gratitude, Dahr Jamail’s latest book, “The End of Ice: Bearing Witness and Finding Meaning in the Path of Climate Disruption,” stitches together personal introspection and gut-wrenching interviews with leading climate experts... The rapidly receding glaciers of Denali National Park, home to the highest peak in North America, inspired the book’s title. “Seven years of climbing in Alaska had provided me with a front-row seat from where I could witness the dramatic impact of human-caused climate disruption,” Jamail writes. With vividly descriptive storytelling, Jamail pushes further north into the Arctic Circle where warming is occurring at double speed. He surveys rapid changes in the Pribilof Islands, where Indigenous communities have had to contend with die-offs affecting seabirds, fur seals, fish, and more — a collapsing food web. The story continues in the fragile Great Barrier Reef, utterly ravaged by the warming ocean. South Florida is faring no better: Jamail finds that 2.46 million of the state’s acreage will be submerged within his lifetime. Experts are aghast everywhere Jamail visits. In the Amazon, rich in biodiversity, the consequences are especially enormous.Describing the current state of the planet, Jamail likens it to someone in hospice care. The global mean temperature is already 1 degree Celsius above pre-industrial levels. Not half a decade ago, leading climate scientist James Hansen warned that that 1 degree would usher in a crisis of sea-level rise, melting Arctic ice, and extreme weather. He concluded that the goal of limiting global warming to only 2 degrees was “very dangerous.” Accelerated melting in the Arctic continues to surpass conservative predictions. Jamail reminds us that “as rapidly as global temperatures are increasing, so are temperature predictions. The conservative International Energy Agency has predicted a possible worst-case scenario of a 3.5°C increase by 2035.” Little has worked to inspire action. There is perhaps no better example of climate science being disregarded than a climate change denier being elected president of the United States. The threat of looming biosphere apocalypse is deeply troubling, panic-inducing, and this all-encompassing environmental, economic, and spiritual problem leaves one feeling helpless and grief-stricken. “The End of Ice” takes on the full weight of the catastrophe at hand. Jamail carries the reader’s emotional pain by acutely expressing his own... I disagree with Jamail's predictions and doesn't change the way I think.
https://theintercept.com/2019/05/04/climate-change-book-end-of-ice/?utm_source=The+Intercept+Newsletter&utm_campaign=2ad5c7c7dd-EMAIL_CAMPAIGN_2019_05_11&utm_medium=email&utm_term=0_e00a5122d3-2ad5c7c7dd-131896129
.
The Ongoing loose lips-Biden Corruption
And scumbag/liar-Hillary Collusion
Investigations In Ukraine by Jeff Dunetz
{ lidblog.com } ~ Rudy Giuliani will soon be going to Ukraine to meet with the incoming president Volodymyr Zelensky. The President’s attorney will be trying to convince the Ukanian to continue the ongoing investigations... regarding the 2016 scumbag/liar-Hillary Clinton campaign being helped by the Ukrainian government and the SCHMOTUS loose lips-Joe Biden’s 2016 call for Ukraine to remove its prosecutor, who had been investigating a Ukrainian natural gas company where loose lips-Biden’s son, Hunter, was on the board. The scumbag/liar-Hillary probe is a political hot potato in Ukraine. John Solomon of the Hill has been all over this story in recent months. Two months ago he reported that Ukrainian Prosecutor General Yuriy Lutsenko opened an investigation into members of the parliament trying to help scumbag/liar-Hillary Clinton by releasing damaging information about Paul Manafort: “Today we will launch a criminal investigation about this and we will give a legal assessment of this information,” Lutsenko said last week. Lutsenko is probing a claim from a member of the Ukrainian parliament that the director of the National Anti-Corruption Bureau of Ukraine (NABU), Artem Sytnyk, attempted to the benefit of the 2016 U.S. presidential election on behalf of scumbag/liar-Hillary Clinton. (…) “According to the member of parliament of Ukraine, he got the court decision that the NABU official conducted an illegal intrusion into the American election campaign,” Lutsenko said. “It means that we think Mr. Sytnyk, the NABU director, officially talked about the criminal investigation with Mr. Paul Manafort, and at the same time, Mr. Sytnyk stressed that in such a way, he wanted to assist the campaign of Ms. scdumbag/liar-Clinton,” he continued.The story first surfaced in a 2017 Politico piece...   https://lidblog.com/biden-corruption-hillary-collusion/
.
Hemingway And Harsanyi: Impeachment,
Spying, And 2020 Candidates 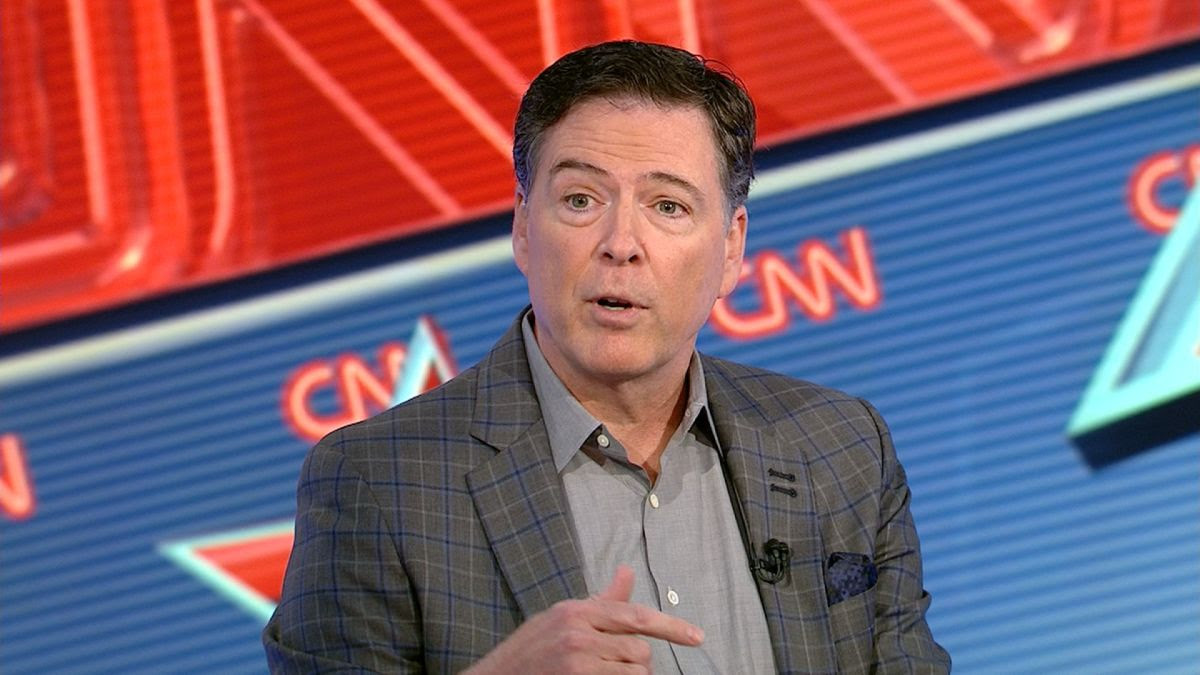 Culture Beat:  “In need of a costly power wheelchair for their son, the parents of 2-year-old Cillian Jackson turned to an unlikely source. Teenagers. Thanks to the robotics team at Farmington High School, Cillian now has his ride — a functioning power wheelchair hand-built from a Power Wheels riding toy.”

“Cillian was born with a genetic condition that makes mobility difficult. ‘He has an especially hard time controlling his body. He has a lot of symptoms you’d see in someone who has cerebral palsy,’ said Tyler Jackson, Cillian’s father.”

“Tyler Jackson reached out to the robotics team at his former high school after he realized an actual power wheelchair would be cost prohibitive for his family and unlikely to be covered by insurance due to Cillian’s young age. ”

“Farmington robotics coach Spencer Elvebak says there was no hesitation by his students. ‘I brought it up to the kids at a meeting, Is this something we want to step up and do?’ Elvebak recalled. The sentiment was unanimous. Yes!”