by Jack Davis
{ westernjournal.com } ~ dummycrats-Democrats who decry separation of children from their illegal immigrant parents have rejected legislation to permanently fix the issue... instead passing the buck to President Donald Trump. Although Republicans introduced legislation that would ensure family separation would be outlawed, Senate Minority Leader Chuck clown-Schumer dismissed the proposal, saying Congress should not get involved. “There are so many obstacles to legislation and when the president can do it with his own pen, it makes no sense,” the New York Democrat said Tuesday, The Hill reported. “Legislation is not the way to go here when it’s so easy for the president to sign it.”...If the President does use his pen the dummycrats-dems would attack him. no matter what.   https://www.westernjournal.com/breaking-democrats-reject-legislation-to-stop-family-separations/?utm_source=Email&utm_medium=WJBreaking&utm_campaign=breaking&utm_content=western-journal
.
Kamala Harris Refused To Help Disabled
Iraq War Vet After Illegal Immigrants Ruined His Life 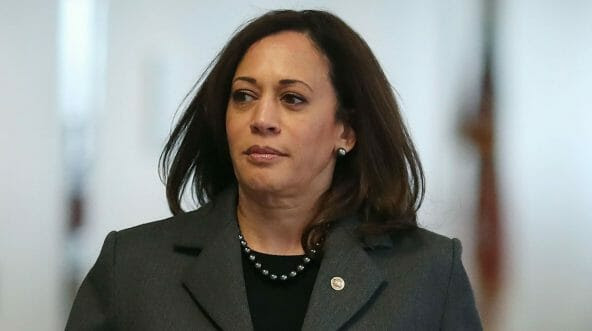 by JULIA COHEN
{ westernjournal.com } ~ Then-California Attorney General Kamala Harris didn’t take action against illegal immigrants who stole the identity of a disabled Iraq war veteran... when he asked for her help, according to a 2013 letter. James Di Napoli told The Daily Caller News Foundation that his father sold his social security information to illegal immigrants when he was 17, and his life has been in limbo ever since. “The amount of trauma this has caused me has been overwhelming, it’s just destroyed my life,” Di Napoli said. Illegal immigrants in California allegedly used Di Napoli’s social security number to work illegally in the U.S., generating fraudulent income on his Federal Student Aid records. As a result, Di Napoli owed thousands of dollars in tuition and was forced to take a leave of absence from Colorado Christian University...And she wants to be presdent...hell no.
https://www.westernjournal.com/ct/kamala-harris-refused-to-help-disabled-iraq-war-vet-after-illegal-immigrants-ruined-his-life/?utm_source=Email&utm_medium=newsletter-CT&utm_campaign=dailypm&utm_content=conservative-tribune
.
California Water Rationing Agenda-21 Style New Law Passed 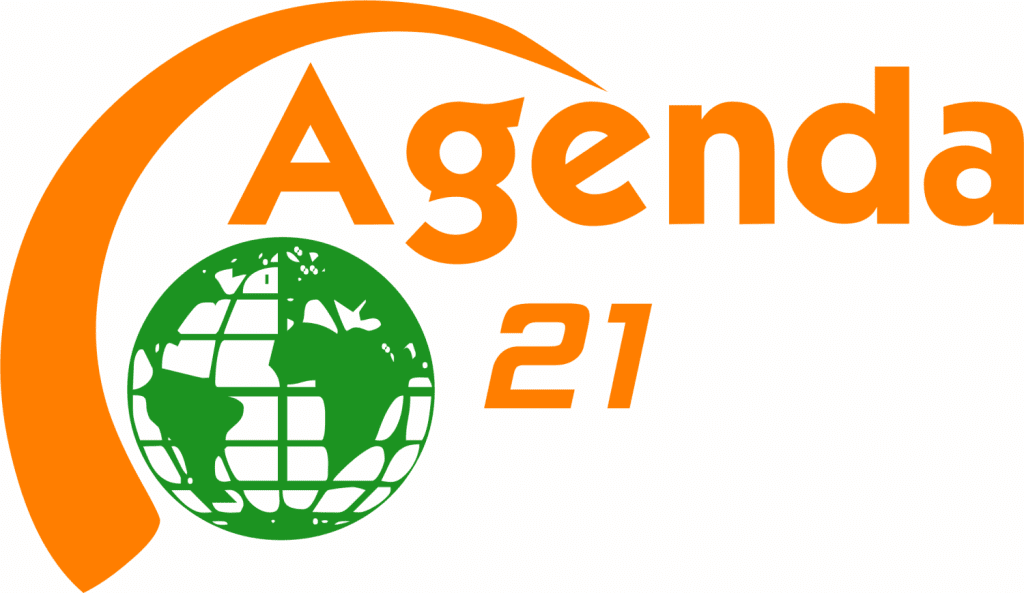 by Catherine J. Frompovich
{ activistpost.com } ~ Liberal, dummycrats-Democrat-run California recently passed new legislation [SB 606 and AB 1668] regarding personal use of water, i.e., only 55 gallons of water per day per person... Showers and laundry have to be counted in that too! If the new sustainable improvements work anything like those ding-dang toilets you have to flush twice to empty a toilet bowl, then I’d say it’s a total waste, but not to controllers’ psychopathic minds. It’s really money-makers for the businesses and industries that will be supplying those products, which usually will be the huge corporations. Get it?The information, plus proof provided in the following video, is alarmingly outrageous! However, it explains what implementing the United Nations Agenda 21 by state law will mandate and cost California homeowners and other states down the line. There are megabucks on the horizon for Big Business. The costs for all those “sustainable” improvements Agenda 21 laws will mandate homeowners to make in their homes within the next few years will be next to impossible and too expensive for most homeowners, e.g., new plumbing pipes throughout, solar panels, etc...  https://www.activistpost.com/2018/06/california-water-rationing-agenda-21-style-new-law-passed.html?utm_source=Activist+Post+Subscribers&utm_medium=email&utm_campaign=2c5d4ced9a-RSS_EMAIL_CAMPAIGN&utm_term=0_b0c7fb76bd-2c5d4ced9a-387888649
VIDEO:  https://www.youtube.com/watch?v=y_yIKpmM8q0
.
Illegal immigrants should immediately be turned away from US
by Joe Williams
{ washingtonexaminer.com ~ President Trump on Sunday advocated for abolishing due process rights for immigrants who enter the country illegally... and said instead they should be turned away at the border. "When somebody comes in, we must immediately, with no Judges or Court Cases, bring them back from where they came," he tweeted. Trump last week signed an executive order aimed at preventing the separation of immigrant families while the adults are being prosecuted for illegal entry. That order sought to allow the federal government to indefinitely detain families in holding facilities while they were being prosecuted, but Republicans and legal experts say it could challenged in court. Trump's latest tweet said he supports ending the proceedings entirely, as well as a merit-based immigration program...  https://www.washingtonexaminer.com/business/trump-illegal-immigrants-should-immediately-be-turned-away-from-us?utm_source=WEX_Breaking%20News%20Alert_06/24/2018&utm_medium=email&utm_campaign=WEX_Breaking%20News
.
Patriot missile fired at incoming UAV from Syria, which retreats 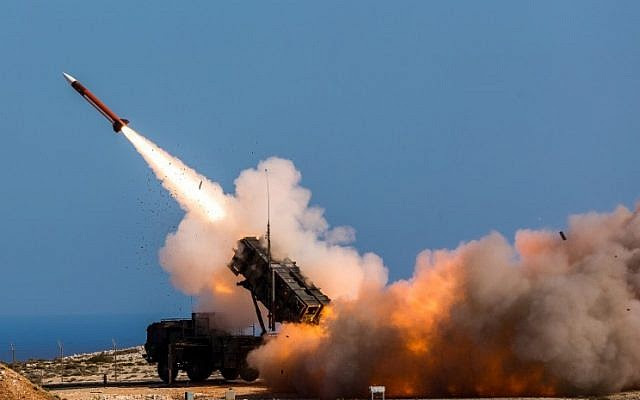 by JUDAH ARI GROSS
{ timesofisrael.com } ~ The Israel Defense Forces launched a Patriot interceptor missile at a drone that was heading toward Israeli airspace from Syria... prompting the incoming unmanned aerial vehicle to beat a retreat, the army said. “As a result, the aircraft fled from the border. No interception was reported,” the army said in a statement. The drone was being used as part of the Syrian military’s activities in the Quneitra region, near the Israeli Golan Heights, a commander in the coalition supporting Syrian dictator Bashar Assad later told the Reuters news service...
https://www.timesofisrael.com/patriot-interceptor-reportedly-fired-in-northern-israel-circumstances-unclear/?utm_source=The+Times+of+Israel+Daily+Edition&utm_campaign=8274f36650-EMAIL_CAMPAIGN_2018_06_24_11_25&utm_medium=email&utm_term=0_adb46cec92-8274f36650-54638825
.

.
IG Report Confirms: Our Republic
Is under Existential Threat
by Rich Logis

{ americanthinker.com } ~ The title of the Office of the Inspector General's report last week is snoozily bureaucratic-sounding: "A Review of Various Actions by the Federal Bureau of Investigation and Department of Justice in Advance of the 2016 Election."

The document confirms, for many of us, our worst fear: segments of our federal law enforcement and intelligence agencies are a clear and present existential danger to our republic.

Let's try to be as un-hindsight and objective as possible.  I am not interested in re-litigating the 2016 presidential election (my guy won), but here's a "what if?" that should keep you up at night.

Had Republicans and independents not outnumbered Democrats in crucial swing states, if we had lost 2016, how much of the contents of the I.G. report would we have known about?  Today?  Right now?

How much would we have known about the weaponized depth and breadth of secrecy and corruption and disdain for Americans whose taxes paid for officials to hate us, on our dime, and label us "uneducated, lazy POS"?

If liar-Hillary Clinton were president, what would we have been talking about this past week? I'm not sure, but I'm certain we wouldn't be talking about this embarrassing and perhaps treasonous exposé of members of our law enforcement and intelligence communities.

To be clear: I do not question the integrity of the boots – i.e., the agents. It's the suits who compromised the boots' abilities to do their jobs impartially. Is it possible that some FBI and DOJ officials could have walked off the job in remonstrance of Madame President? Sure; that would have given us some insight, but how much would have really been revealed? Not much, I suspect.

Revulsion for Trump and his deplorable supporters by Democrats and the DMIC (Democrat Media Industrial Complex) is, of course, nothing new. Truthfully, the fact that some within the FBI, including former director James Comey, felt this way isn't even what's most concerning. Even unelected bureaucrats are human, and bias is inherent in human nature. The extent, though, to which, for example, FBI agent Peter Strzok made it histeleological mission to undermine the will of the people and the Constitution he swore to uphold by promising to "stop" Trump from ever getting elected smacks of a trait some of the worst human beings to ever live have exhibited. Bias on steroids, mixed with an intense, addictive loathing of Trump and his voters, cherry-topped with a phony Russian collusion story, makes for one hell of a Molotov cocktail. The report's assessment that officials were not affected by bias is perhaps the most laughable statement ever uttered in the annals of American political history.

The I.G.'s report nakedly exposes a direct attack on Americans who have done nothing wrong, as well as an equally disturbing coup of our national hallmark institutions of stability.

We are a nation of laws, not of men.  Some within liar-nObama's FBI believed the opposite and did their jobs guided by that belief. Why? Because none believed for one millisecond that Donald Trump would ever be elected. They acted with cocksure impunity because they knew that Empress liar-Clinton would keep the coup covered up and running smoothly forever.

Have you noticed the deafening silence from liar-nObama? Where's the outrage from the Tessio Republican establishment GOP? Most Americans don't yet grasp just how dangerous to our republic these Democrat cronies and quislings are. The DMIC continues, in perpetuity, its fetishized obsession with pornography actress heroines and has spent the last week regurgitating the debunked conspiracy theory that Comey cost liar-Clinton the election.  Don't count on the DMIC to channel its inner Woodward and Bernstein by addressing the threats posed to our nation and our future.

Good can come from the revelations of the I.G. report. Exposure is the first step to conquering; had we lost in 2016, we'd never be able to stop this hydra, short of a military coup against the government.

I didn't doubt the president whatsoever when he promised to weed out the intelligence and law enforcement agencies. This is, without question, though, a Herculean task with what could very well have a Sisyphean outcome. But neither we nor the president can sit idly by; I, admittedly, won't be satisfied until we have agency house-cleanings that make Nuremberg look like a private island vacation with unlimited multi-decade-aged oak wood bourbon Old Fashioneds.

And let's remind ourselves that elections do, in fact, have consequences. There are so many among us who have been hopelessly swallowed up into the cult of Leninist Democrat progressive ideology that they see what liar-nObama, liar-Clinton, Comey, the FBI, etc. did as perfectly fine – if they even know about it at all, since they mindlessly consume the DMIC like the sheeple they are. We need to outnumber Democrat voters every election cycle, to keep momentum going from 2016. Reliably red states no longer exist, so turnout-turnout-turnout is the name of the reform game.

Comey used personal email: violation of DOJ policy (and can Congress please amend laws to prohibit any personal email use for official government correspondence, classified or not?).

liar-nObama claimed he found out about liar-Clinton's server and private email from The New York Times: the I.G. confirmed he lied. He exchanged 20 emails with liar-Clinton on her clintonemail.com account, and, according to the report, Comey the Cover-Upper referred to liar-nObama as a "senior government official."

The "it" in "it can't happen here" is happening now; it's been happening. Our Founders innately understood that the United States was much more likely to collapse from enemies within than from abroad. Our republic is only as strong as its weakest link. When Ben Franklin remarked that we were a republic, and not a monarchy, never forget the second half of his remark: if you can keep it.

https://www.americanthinker.com/articles/2018/06/ig_report_confirms_our_republic_is_under_existential_threat.html
E-mail me when people leave their comments –
Follow