0
TheFrontPageCover
~ Featuring ~
It Can Happen Here
by Judge Andrew Napolitano

by rickwells.us
{ rickwells.us } ~ Rachel Brand is the third-ranking official at the Justice Department, and more importantly, next in the line of succession... if and when Rod Rosenstein feels the door hit him in his backside as he is forced out. With all of the corruption among the deep state DOJ being exposed, any departure raises question of whether the heat is just too intense for those in the corrupt inner circle. Brand’s resignation is expected today. The story being peddled is that she was enticed away by an offer of the top legal position at Wal-Mart, the kind of offer you can’t refuse. liar-Hillary Clinton has had strong ties to the Arkansas corporation since her Rose Law Firm days while her husband was that State’s governor. She was a board member for six years and undoubtedly still has enormous influence. It’s not hard to envision a phone call to get a potential leak plugged or this offer being a fulfillment of an offer previously made. That’s how the liar-Clintons operate and under liar-nObama, scum-Holder and Lynch, how the DOJ operated as well. Perhaps Brand, who was confirmed last May, stumbled onto something, perhaps not. The job offer and resignation could be what they are presented as, but anytime you’re dealing with a criminal enterprise like the deep state liar-nObama/ liar-Clinton/scum-Soros Mafia, those suspicions naturally arise...  https://rickwells.us/abandon-doj-garbage-scow/
.
Palestinians: The
Hamas-ISIS War, Corrupt Leaders 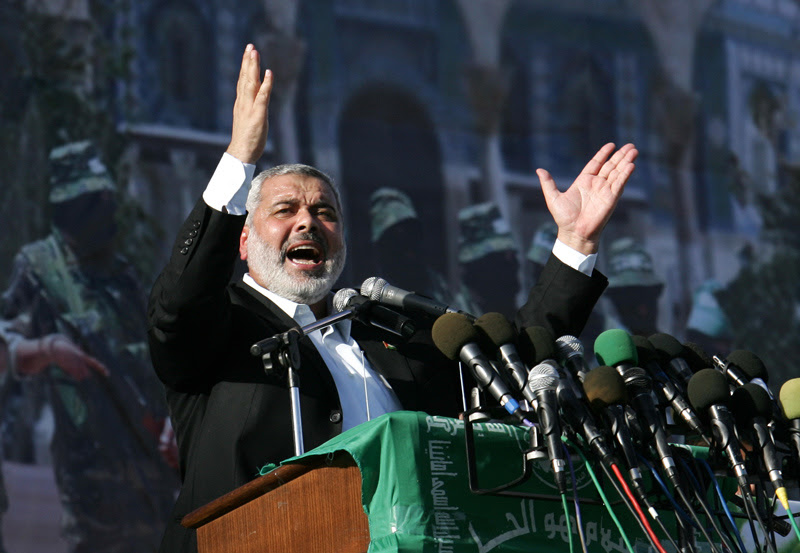 by Bassam Tawil
{ gatestoneinstitute.org } ~ What do Muslim terrorists do when they are not killing "infidels" and non-Muslims? It is simple: They start killing each other.... Take, for example, the Islamic terror groups Hamas and Islamic State (ISIS). Although the two groups share the same ideology and seek to kill anyone who obstructs their effort to spread their version of Islam to the rest of the world, it now seems that the throats they are looking to slit are each other's. The quarrel between Hamas and ISIS is not a spat between good guys and bad guys. Rather, it is a dispute between two bloodthirsty, vicious and ruthless Islamic terror groups that have the blood of countless non-Muslims on their hands...  https://www.gatestoneinstitute.org/11874/palestinians-hamas-isis-war
.
liar-nObama-era cash
traced to Iran-backed terrorists 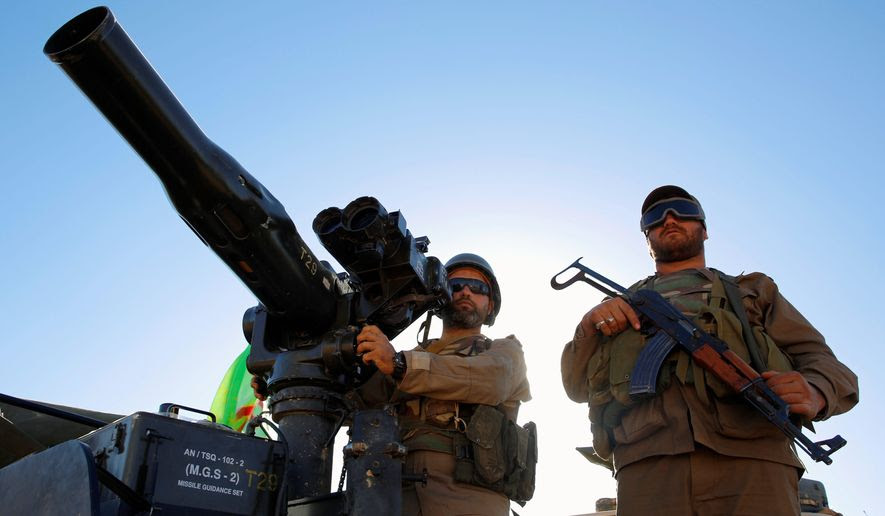 by Bill Gertz
The U.S. government has traced some of the $1.7 billion released to Iran by the liar-nObama administration... to Iranian-backed terrorists in the two years since the cash was transferred. According to knowledgeable sources, Iran has used the funds to pay its main proxy, the Lebanon-based terrorist group Hezbollah, along with the Quds Force, Iran’s main foreign intelligence and covert action arm and element of the Islamic Revolutionary Guards Corps. The U.S. money supplied to Iran as part of an arms settlement dating back to the 1970s also has been traced to Iran’s backing of Houthi rebels seeking to take power in Yemen. Iran has been supporting the Yemen rebels as part of a bid to encircle and eventually take control of Saudi Arabia... Treason is defined as giving aid and comfort to the enemy. liar-nObama ought to be charged.   https://www.washingtontimes.com/news/2018/feb/7/inside-the-ring-obama-era-cash-traced-to-iran-back/
.
The Nunes Memo and the Grassley / rino-Graham
Memo: Explosive Evidence of Democrat
Corruption and Treason

by Greg Holt
{ eaglerising.com } ~ The Olive People seem to be confused, and maybe rightly so – this memo and that memo, what does it all mean?... Well, if the Nunes memo was an eye opener, the Grassley/rino-Graham memo blows it out of the water. The Nunes memo asserted that the FBI used the fraudulent Steele dossier to obtain a FISA warrant to spy on Carter Page. The original and successive FISA warrant applications did not reveal the involvement of the DNC and the liar-Clinton campaign’s funding of the Steele dossier to the FISA court. These applications were knowingly fraudulent – and were signed off on by no less than; then-FBI Director James Comey, Deputy Director Andrew McCabe, then-Deputy Attorney General Sally Yates, then-Acting Deputy Attorney General Dana Boente, and Deputy Attorney General Rod Rosenstein. The FISA warrant application also cites a Yahoo News article by Michael Isikoff – except that the fact that the information in said article was leaked to Yahoo News by Steele was not revealed, therefore the article was not a viable source... https://eaglerising.com/50940/the-nunes-memo-and-the-grassley-graham-memo-explosive-evidence-of-democrat-corruption-and-treason/.
California to Block Oil and Coal Shipments

by libertyheadlines.com
{ libertyheadlines.com } ~ California officials plan on preventing the federal government from transporting oil and gas using existing pipelines in the state... according to a report Wednesday from The San Francisco Chronicle. Officials on the California Coastal Commission are urging the federal Bureau of Ocean Energy Management (BOEM) to rescind plans allowing companies to drill for oil off the coast. They are still hoping for an exemption from the oil drilling plan, that Florida has received. “Given how unpopular oil development in coastal waters is in California, it is certain that the state would not approve new pipelines or allow use of existing pipelines to transport oil from new leases onshore,” coastal commissioners Lt. Gov. Gavin Newsom, State Controller Betty Yee, and state Department of Finance Director Michael Cohen wrote in a letter Wednesday to the BOEM...Thanks California you just made the price of gas to go up. https://www.libertyheadlines.com/california-block-oil-coal-shipments/
.

.
It Can Happen Here 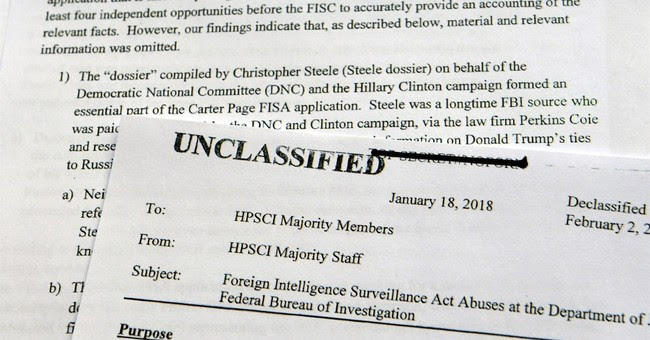 by Judge Andrew Napolitano
{ townhall.com } ~ We remain embroiled in a debate over the nature and extent of our own government's spying on us. The Foreign Intelligence Surveillance Act, which was enacted in 1978 as a response to the unlawful government spying of the Watergate era, was a lawful means for the government to engage in foreign surveillance on U.S. soil, but it has morphed into unchecked government spying on ordinary Americans.

The journey that domestic spying has taken in 40 years has been one long steady march of massive increase in size and scope. The federal government now employs more than 60,000 people to spy on all Americans, including the White House, the Pentagon, the federal courts and one another. As well, the National Security Agency and the intelligence arm of the FBI have 24/7 access to the computers of all telecoms and computer service providers in the U.S. And certain politicians have access to whatever the NSA and the FBI possess.

Last week, we witnessed a new turn as politicians engaged in cherry-picking snippets from classified raw intelligence data that support their political cases -- pro-Trump and anti-Trump.

Raw intelligence data consists of digital versions of telephone conversations and copies of text messages, emails and other communications, as well as fiber-optic internet traffic legal, medical and banking records, for example and secret testimony and briefings intended only for the eyes and ears of those who possess a security clearance.

The surveillance state is now here.

The Republican members of the House Intelligence Committee fired the first salvo by releasing a memo derived from classified raw intelligence, which they claimed would show a conspiracy in the liar-nObama Department of Justice, including the FBI, to spy on Donald Trump's campaign and pass along the fruits of that spying to the Democrats. The issue they chose to highlight is the DOJ application to a Foreign Intelligence Surveillance Court judge for surveillance on Carter Page, a former foreign policy adviser to candidate Trump who once boasted that he also advised the Kremlin.

The memo's authors wrote about intelligence data they did not personally see; they selectively extracted and purported to summarize raw intelligence data but quoted none of it verbatim; they intentionally sat on their conclusions that the feds regularly have abused FISA authorities throughout the congressional debate to expand FISA; and a principal drafter of the memo -- Rep. Trey Gowdy -- advises that the raw data he saw and the memo he wrote have nothing to do with special counsel Robert Mueller's investigation of the president.

The Republican memo also reveals that former MI6 agent Christopher Steele, the author of the dossier that accuses Trump of pre-presidential money laundering and grossly inappropriate personal behavior but has many parts that have not been publicly verified, was a "longtime FBI source," and a summary of his work was part of the DOJ's application for continued surveillance of Page.

That quoted phrase is today a major headache for the DOJ, as the American and British governments, which regularly share intelligence and occasionally spy for each other, have agreed not to recruit the services of each other's agents. But the FBI obviously recruited Steele. If Steele was an FBI asset while still a British spy -- if he was spying for the FBI and MI6 at the same time -- he may be exposed to a criminal prosecution in Britain.

The Democrats on the committee have written their own memo, which the committee voted unanimously to release. It will be up to the president to permit or bar its full or partial release. The Democrats claim that their memo will show that the DOJ was candid and truthful when it sought a FISA surveillance warrant on Page and that the application for the renewal included far more than Steele's tainted work.

Why should anyone care about these political games?

The loss of liberty rarely comes about overnight or in one stroke. In a democracy, that loss is normally a slow process, often pushed along by well-intentioned folks who do not even realize until it is too late that they have created a monster. FISA is a monster. It began as a means of surveilling foreign agents in the U.S., and today it is used for surveilling any American at any time.

If you call a bookstore in Florence from a telephone in New Jersey, the government's computers will be alerted. A federal agent will download the digital copy of your conversation, even though it was only about ordering a book. Then that communication may be used to justify surveillance of you whenever you talk to anyone else, in the U.S. or in any foreign country.

This is blatantly unconstitutional, and it is often fruitless. And we know it can happen to anyone.

The Supreme Court has ruled that electronic surveillance constitutes a search under the Fourth Amendment. That amendment prohibits warrantless searches and requires probable cause of crime as the sole trigger for judges to sign search warrants. FISA only requires probable cause relating to a foreign agent on one end of a phone call -- a far lower standard -- to trigger a warrant. The government has convinced the FISC that it should grant warrants based on probable cause of talking to someone who has ever spoken to a foreign person, whether an agent of a foreign government or an innocent foreign bookseller.

That judicially created standard is so far afield from the Fourth Amendment as to render it legally erroneous and profoundly unconstitutional. Yet the FISA expansion that the president signed into law last month -- after the debate during which House Intelligence Committee Republicans intentionally remained mute about their allegations of FISA abuses -- purports to make this Stasi-like level of surveillance lawful.

The political use of intelligence data makes the owner of the data a serious threat to personal liberty, and it renders his instruments monstrous.
https://townhall.com/columnists/judgeandrewnapolitano/2018/02/08/it-can-happen-here-n2445663?utm_source=thdaily&utm_medium=email&utm_campaign=nl&newsletterad=
E-mail me when people leave their comments –
Follow