.
Dobbs - Rino Gowdy Blocking for DOJ -
Fitton Says Trump Must Trust the
People Have His back

by rickwells.us
{ rickwells.us } ~ Judicial Watch President Tom Fitton says that President Trump is the only one in DC making sense on the corruption... being revealed in throughout the liar-nObama regime and the establishment and DC deep state. There are some exceptions, the most noteworthy leader in the House being Devin Nunes of the Intelligence committee. He also names the buffoon in the Senate Chuck Grassley and Rep Trey Gowdy, who he says “has stepped up a bit” in the House. Lou Dobbs isn’t going to let that last comment pass unchallenged, echoing a position we’ve long been stating on these pages. He says, “Well you just mentioned a name I’ve got to quibble about. It looks to me like Trey Gowdy is there to basically run interference for the Department of Justice with Devin Nunes.” Dobbs continues, “He hasn’t contributed anything to this point, there’s still 1.4 million documents that oversight and judiciary have sought that haven’t been turned over. We learned that in this meeting that people didn’t actually see documents, they were briefed by the generosity of the generous officials of the DOJ who’ve stonewalled them throughout. I mean, Tom, I take exception to that because Gowdy has contributed nothing, absolutely nothing.”...
https://rickwells.us/rino-gowdy-doj-fitton-trump/
VIDEO:  https://www.youtube.com/watch?v=WuEkzKEBwH4
.
Congress Has This Tool That Could Bring Down The FBI For Good 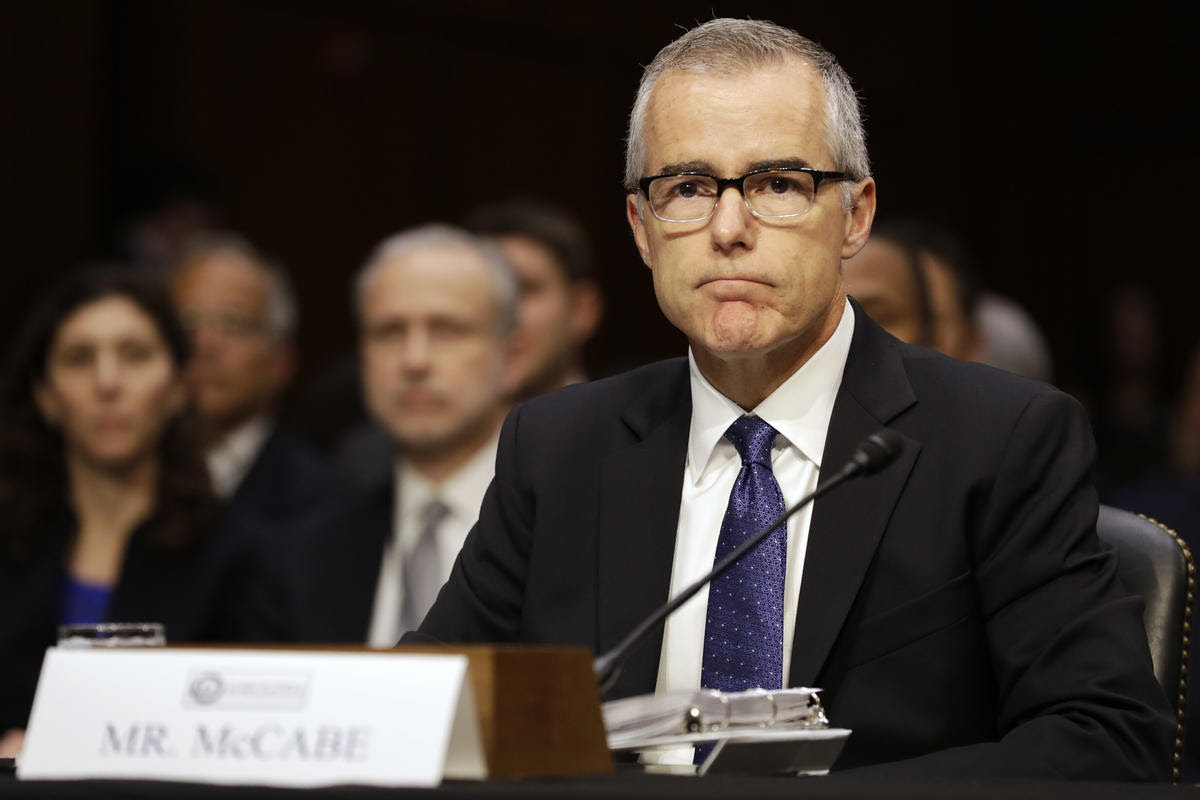 by americanpatriotdaily.com
{ americanpatriotdaily.com } ~ “The special agent out of WFO alleged that rank and file FBI agents are fed up and desperately want action from the DOJ... according to the transcripts. “Every Special Agent I have spoken to in the Washington Field Office wants to see McCabe prosecuted to the fullest extent of the law. They feel the same way about Comey,“ the special agent said, according to transcripts provided TheDC. “The administrations are so politicized that any time a Special Agent comes forward as a whistleblower, they can expect to be thrown under the bus by leadership. Go against the Muslim Brotherhood, you’re crushed. Go against the liar-Clintons, you’re crushed. The FBI has long been politicized to the detriment of national security and law enforcement.” The special agent added, “Activity that Congress is investigating is being stonewalled by leadership and rank-and-file FBI employees in the periphery are just doing their jobs. All Congress needs to do is subpoena involved personnel and they will tell you what they know...
http://www.americanpatriotdaily.com/featured/congress-has-this-tool-that-could-bring-down-the-fbi-for-good/
.
In the European Appeasement Olympics, Who Wins? 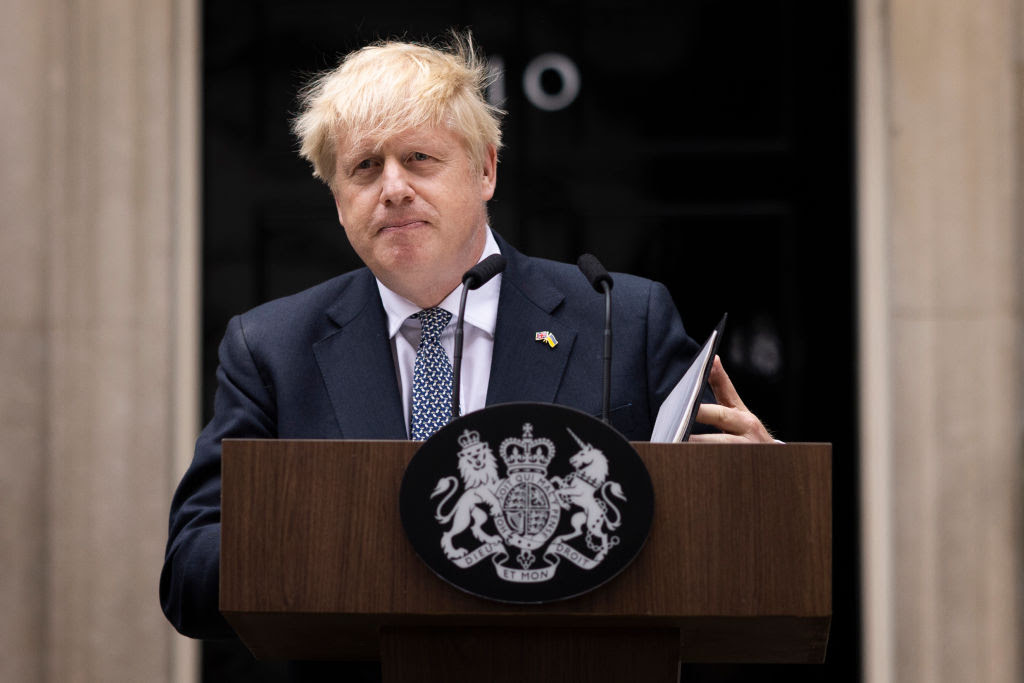 by Bruce Bawer
{ gatestoneinstitute.org } ~ All right, the competition is over. Britain wins... For years I thought that Britain's long tradition of open debate and individual liberty would enable it to stand up more firmly to the encroachments of Islam than other Western European countries. I worried more about the Netherlands, where Pim Fortuyn and Theo van Gogh were murdered, Ayaan Hirsi Ali was hounded into exile, and Geert Wilders, a member of parliament, was put on trial -- and still is on trial this week -- for criticizing Islam in public. I worried more about Denmark, where Lars Hedegaard, a serious historian, was tried for criticizing Islam in the privacy of his own home, and where the Jyllands-Posten cartoon crisis caused riots. I worried about Norway, where people at the highest levels of government conspired to force an apology out of the editor of a tiny Christian periodical who had dared to reprint the Danish cartoons. I worried about France, where the suburbs of major cities were increasingly becoming sharia enclaves, and Sweden, where a cordon sanitaire was put around the one party that dared criticize that country's own steady Islamization. But I was wrong. It is Britain that is falling fastest to Islam. It is Britain, our mother country, home of the Magna Carta, that is most firmly betraying its own history and values. It has already banned Robert Spencer, a serious and cogent American critic of Islam, from its shores, even as it lets in the looniest of sharia preachers. More recently, three other critics of Islam – American Brittany Pettibone, Austrian Martin Sellner, and Canadian Lauren Southern – were turned away by British border authorities...
https://www.gatestoneinstitute.org/12375/in-the-european-appeasement-olympics-who-wins
.
liar-nObama Knew about FBI Informant 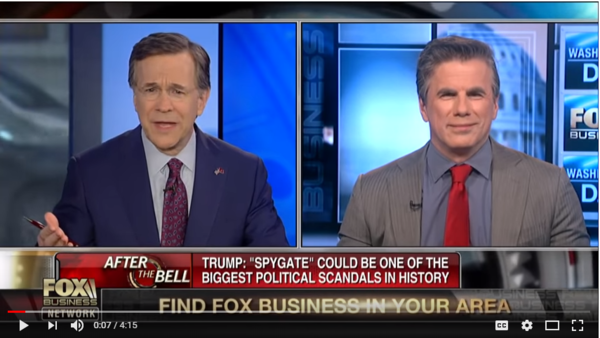 by Tom Fitton
{ judicialwatch.org } ~ May 24, 2018- JW President Tom Fitton appeared on “After the Bell” on the Fox Business Network to discuss the reports that an informant was placed inside the 2016 Trump campaign by the FBI.   https://www.judicialwatch.org/press-room/in-the-news/tom-fitton-obama-knew-fbi-informant/
VIDEO:  https://www.youtube.com/watch?v=KPR2vfGn2e0
.
‘FBI and DOJ Cannot be Trusted’ 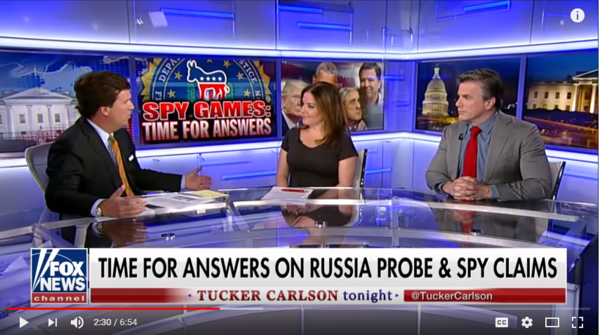 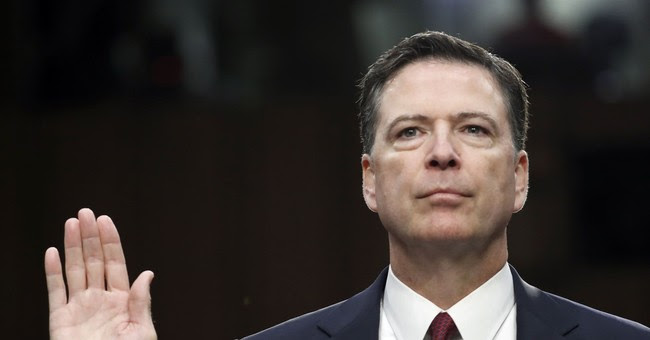 by Katie Pavlich
{ townhall.com } ~ Twenty-five House Republicans have introduced a resolution officially calling for a second Special Counsel to investigate FBI misconduct and FISA abuse during the 2016 presidential election.

As mentioned, the legislation is twelve pages long and details two dozen reasons - including the handling of the criminal investigation into liar-Hillary Clinton - why the Special Counsel is necessary.

"The concerns of the American people are serious and the issues requiring an immediate, unbiased, independent, and thorough investigation are broad," it continues.

Meanwhile, DOJ Inspector General Michael Horowitz is expected to release his investigation into many of the same issues next week.

The resolution can be read in full below.
https://www.scribd.com/document/380176663/Special-Counsel-Investigation
https://townhall.com/tipsheet/katiepavlich/2018/05/25/calls-for-a-second-special-counsel-to-investigate-fbi-fisa-abuse-have-officially-been-turned-into-legislation-n2484495?utm_source=thdaily&utm_medium=email&utm_campaign=nl&newsletterad=
E-mail me when people leave their comments –
Follow