by rickwells.us
{ rickwells.us } ~ Three of the usual suspect Democrat members of the Congressional Black Caucus have been exposed... as having attended a meeting in 2013 with the leaders of the Islamic terrorist sponsoring Iranian government as well as the white-hating, anti-Semitic bigot, Louis Farrakhan. Representative scum-Keith Ellison (D-MN), who would, if not for the efforts of liar-Hillary Clinton, now be the DNC chairman instead of its number two, as well as his fellow Muslim, Rep Andre Carson (D-IN) and Gregory Meeks (D-NY) are the racist CBC members who accepted the invitation to sit down with America’s enemies. All of the Congressmen were also involved in the Awan espionage case as enablers, who, perhaps not so innocently, provided access to top American secrets that were later stolen. Rep Meeks continued Imran Awan’s employment and defended him long after the news broke of his espionage activities and he had been banned from the Congressional computer system... https://rickwells.us/black-caucus-jihadis-iranian/.
Israel Defends Herself Against Iranian
Incursion-Bibi:We Will Continue To
Defend Ourselves 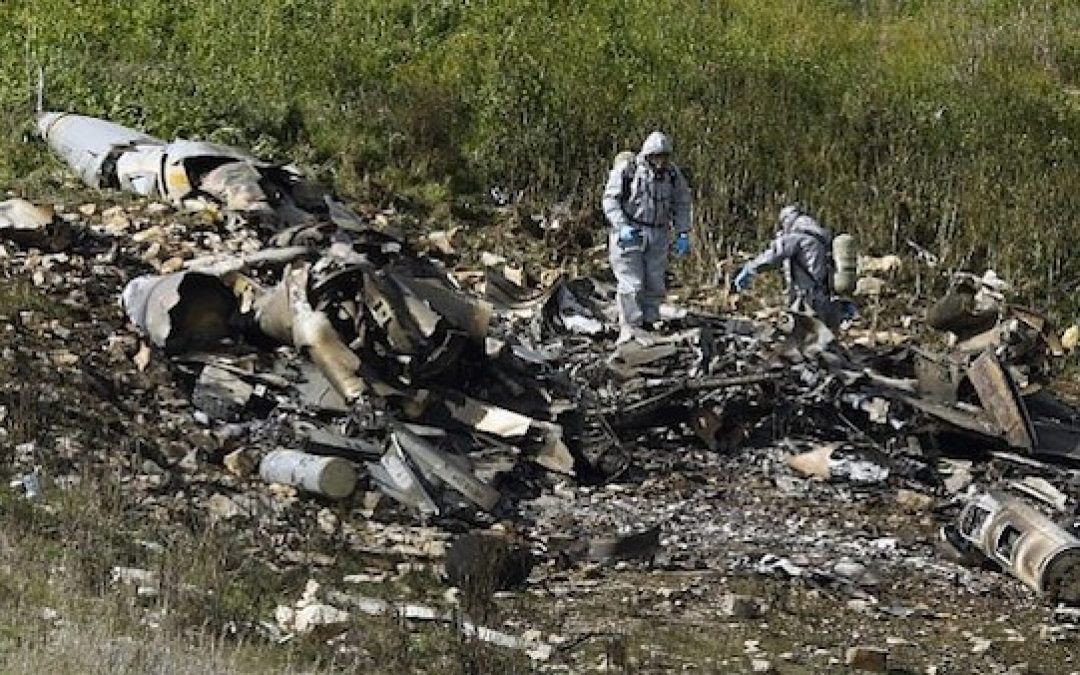 by Jeff Dunetz
{ lidblog.com } ~ It started just before dawn Jerusalem time on Saturday, the  Israel Defense Forces (IDF)  detected an Iranian drone... coming from Syria territory and allowed it to enter Israeli airspace for approximately 90 seconds before shooting it down. They allowed it to enter Israeli airspace so they could examine the wreckage and see what they were dealing with: The structure and technology of the drone were similar to the American unmanned aerial vehicle (UAV or drone) tha Iran seized in 2011 including a “low signature” aimed at avoiding detection. There are rumors but no confirmation that the drone was armed.  Israel’s retaliation for the drone incursion was quick, eight Israeli f-16 planes swept into Syria carrying out strikes deep inside the country blowing up the truck that controlled the drone, and a Syrian airbase Retaliation for the incursion was swift, with eight Israeli F-16s into Syria to carry out retaliatory strikes deep inside the country, including on the vehicle that controlled the drone and an air base used by Iran. The Syrians reacted anti-aircraft missiles and one F-16 crashed in an empty field near the town of Harduf in northern Israel after both pilots were able to parachute to safety...  https://lidblog.com/israel-defends-iranian-drone/
VIDEO:  https://www.youtube.com/watch?v=E0Jt_Vy4Mj0
.
Grassley/rino-Graham Memo
Affirms Nunes Memo — Media Yawns

by ANDREW C. MCCARTHY
{ nationalreview.com ~ In a word, the Grassley/rino-Graham memo is shocking. Yet, the press barely notices. Rest assured... If a Republican administration had used unverifiable hearsay from a patently suspect agent of the Republican presidential candidate to gull the FISA court into granting a warrant to spy on an associate of the Democratic nominee’s campaign, it would be covered as the greatest political scandal in a half-century.  Instead, it was the other way around. The Grassley/rino-Graham memo corroborates the claims in the Nunes memo: The liar-nObama Justice Department and FBI used anonymously sourced, liar-Clinton-campaign generated innuendo to convince the FISA court to issue surveillance warrants against Carter Page, and in doing so, they concealed the liar-Clinton campaign’s role. Though the Trump campaign had cut ties with Page shortly before the first warrant was issued in October 2016, the warrant application was based on wild allegations of a corrupt conspiracy between the Trump campaign and the Kremlin. Moreover, the warrant meant the FBI could seize not only Page’s forward-going communications but any past emails and texts he may have stored — i.e., his Trump campaign communications...  http://www.nationalreview.com/article/456287/grassley-graham-memo-affirms-nunes-memo-fisa-steele-dossier?utm_source=Sailthru&utm_medium=email&utm_campaign=NR%20Week%20in%20Review%202018-02-11&utm_term=VDHM
.
liar-nObama Official: I Passed liar-Clinton
Lies to Steele That Were Used Against Trump 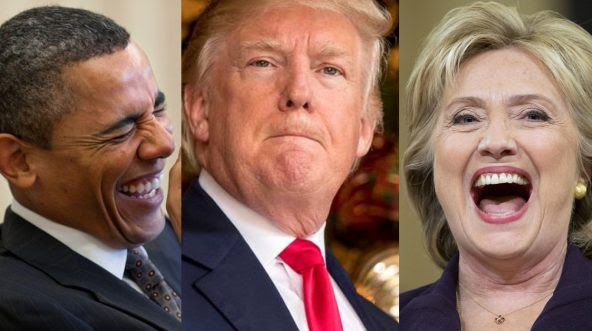 by MARTIN WALSH
A top State Department official who served under former President Barack liar-n Obama’s administration has publicly confirmed... that he passed information from liar-Clinton operatives to ex-British spy Christopher Steele that was ultimately used against Donald Trump. In an op-ed published Thursday in The Washington Post, Jonathan Winer, former deputy assistant secretary of state for international law enforcement, wrote that he had a friendly relationship with Steele, the former British spy who was paid by the Washington-based political research firm Fusion GPS to compile the information that became known as the “Trump dossier.” Steele’s dossier contained numerous salacious accusations about Trump, including one claim that he consorted with Russian prostitutes in Moscow in 2013...  https://conservativetribune.com/obama-official-i-passed-clinton-lies-to-steele-for-use-against-trump/?utm_source=Email&utm_medium=CTBreaking&utm_campaign=breaking&utm_content=conservative-tribune
.
At Least 17 Democratic Socialists Of
America Are Running For Office In Texas In 2018 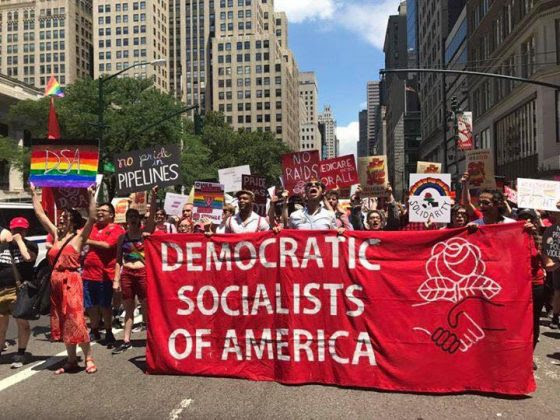 by Terresa Monroe-Hamilton
{ noisyroom.net } ~ Texas is in real trouble politically. The giant red state has been targeted by the left and they are dumping millions into the state to turn it blue forever... There are at least 17 Democratic Socialists of America candidates running for office in the state now. They look like just ordinary people… but these are socialists. They are communist-lite. They are Marxists and they are a stone cold threat to our way of life and our freedoms in this nation. As the Texas Observer put it, the revolution will be down-ballot. First up is Franklin Bynum’s campaign for Harris County misdemeanor court judge. He’s a 35 year-old former public defender and says he’s seen Houston’s criminal courts routinely railroad the poor into convictions that drive them further into poverty. Now, after nearly 10 years subject to the whims of conservative judges, he’s aiming to take the gavel for himself. I guarantee you that he will do what all liberal activist judges do… he’ll set criminals free to go back to what they were doing before. This has nothing to do with the poor. One of the primary goals of communists such as Van Jones is to empty our prisons regardless of the consequences...   http://noisyroom.net/blog/2018/02/10/at-least-17-democratic-socialists-of-america-are-running-for-office-in-texas-in-2018/
.

.
Prison Reform: The Time Is Now 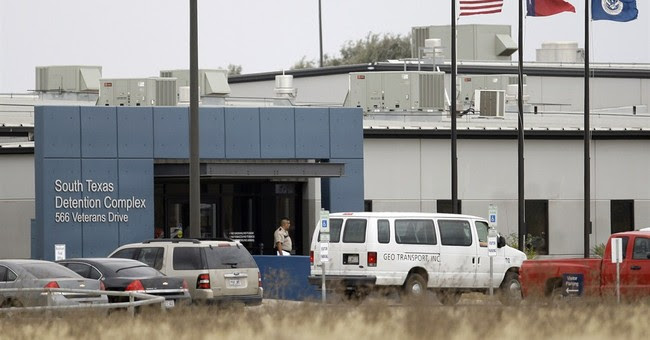 by Cal Thomas
{ townhall.com } ~ It didn't seem to fit in President Trump's State of the Union address, perhaps something tossed in at the last minute, like a garnish. But there it was: "As America regains its strength, opportunity must be extended to all citizens. That is why this year we will embark on reforming our prisons, to help former inmates who have served their time get a second chance at life."

Like Richard Nixon opening the door to China, only a Republican could propose prison reform and not be labeled "soft on crime."

It is not news that American prisons are overcrowded, cost too much to maintain and warehouse men and women, many of whom should not be there. There ought to be an alternative for nonviolent, non-lethal offenders. Those being released from prison should be offered a second chance without the mark of Cain being stamped on them.

One step in that direction may be a recent story in The Washington Post. Ron Nelsen owns a garage door company in Las Vegas, but has had trouble finding people to work for him because of the falling unemployment rate. His assistant handed him a resume, and when Nelsen looked at it he discovered the applicant's recent jobs were all in a state prison.

Nelsen decided to interview the man, Ian Black. "He was articulate and respectful, and he told me he'd been an idiot when he was younger."

Still apprehensive, Nelsen took a chance on the convicted burglar and hired him. Black is part of a work release program. His parole hearing is set for this month. Nelsen calls Black "my best worker."

Nelsen is not alone. As the Post reports, more businesses are starting to give ex-convicts a second chance. This is not some liberal "feel-good" idea. Even the conservative Koch Industries is hiring former inmates. Mark Holden, general counsel for Koch Industries, is quoted as saying, "What someone did on their worst day doesn't define them forever."

Ask yourself which approach is likely to cut the recidivism rate, which remains especially high for those who can't find meaningful work: A spirit of forgiveness, mercy and a second chance or branding someone as irredeemable? The question should answer itself.

If he follows through on his promise, President Trump has an opportunity to go where few have gone before. As with his promise to free poor minority children from their failed public schools, reforming America's prison system and, indeed, America's approach to incarceration, which has done little to redeem or reform anyone, would be a lasting legacy.

One in five prisoners in the federal prison system is there for nonviolent drug offenses. At the state and local levels it is different and although most of the incarcerated are there for infractions unrelated to drugs, most states continue to arrest people for drug possession. As the PPI notes, "Drug arrests give residents of over-policed communities criminal records, which then reduce employment prospects and increase the likelihood of longer sentences for any future offenses."

The trend of hiring former inmates who have served time for nonviolent offenses should be encouraged. Most prisoners will return to society. Will society welcome them with a job and a second chance, thus reducing the recidivism rate, or ostracize them and increase the chances they will commit new crimes against new victims in order to survive?

Ron Nelsen is setting a good example. Others should follow, because who among us has not needed a second chance at something?

https://townhall.com/columnists/calthomas/2018/02/08/prison-reform-the-time-is-now-n2445791?utm_source=thdaily&utm_medium=email&utm_campaign=nl&newsletterad=
E-mail me when people leave their comments –
Follow