By Brian Mark Weber:  What could be less controversial than the president of the United States addressing the Boy Scouts of America jamboree in West Virginia? Of all the public addresses given by President Donald Trump in the first seven months of his presidency, surely this one would keep Democrats and their media attack dogs from going into hysterics.
Think again. Leftists managed to characterize the speech with their typical vitriol, exaggeration and animosity. Some even compared the event to a Hitler Youth rally. But it doesn't take long to figure out that much of the criticism has less to do with Trump talking politics at the jamboree than it does with Trump talking about the "wrong" politics.
Case in point: New York Magazine's headline reads, "The 14 Most Inappropriate Moments From Trump's Speech at the Boy Scout Jamboree." The headline suggests that Trump invited the Scouts to join him for beer and poker after the event. Yet many of the 14 points are based on Trump criticizing Barack liar-nObama, liar-Hillary Clinton and the press. Trump's speech was indeed political, and we could have done without his reference to a party in New York, but it was hardly inappropriate.
Opining in The Washington Post, Stephen Stromberg took issue with the ideological content and erratic nature of Trump's address. He remarked, "Sure, scout membership skews right. But those of us who did not fit that stereotype know that the organization is and should be open to all. I spent middle and high school in a small troop that met in a Mormon church but contained Jews, agnostics, a Seventh-day Adventist and various others." But Trump didn't say anything about religion. Talk about erratic.
Scroll down a few paragraphs and the real reason for the outrage over Trump's remarks comes to the surface. Stromberg adds: "When one of our fellow scouts came out of the closet, he left the troop. But the BSA has since revised its membership policies to better reflect its mission of offering guidance to all young men."
There you go. Stromberg and other leftists aren't as upset over Trump's partisan remarks as they are about his failure to touch on the issues that Democrats want the boys to hear. We doubt Trump would have been criticized had he stated that the Scouts need to be more diverse and inclusive. Had he called for more transgender Scouts, Democrats would be lauding his remarks.
Some of the criticism of Trump's speech is understandable. He should have focused more on the Scouts' history and core principles, or on American patriotism and civics more generally. But the most critical remarks have come from Democrats and Republicans who already have issues with the president.
While the content of Trump's address has been the focus, far less reporting has been done on the fact that the Scouts cheered just about everything he had to say, despite the fact that the president of the Scouts discouraged them from showing partisan support for Trump. But they couldn't resist. Despite his flaws, the Scouts know that Trump will defend and fight for their values.
Apparently, however, the organization's leadership wasn't pleased. On Thursday, Chief Scout Executive Michael Surbaugh stated, "I want to extend my sincere apologies to those in our Scouting family who were offended by the political rhetoric that was inserted into the jamboree."
But Surbaugh didn't mind getting political when transgender Scouts were admitted earlier this year. At the time, Surbaugh exclaimed, "Communities and state laws are now interpreting gender identity differently than society did in the past. And these new laws vary widely from state to state." It was no different when they accepted homosexual Scouts four years ago and homosexual leaders two years ago. In other words, some in the BSA are perfectly willing to change according to the shifting political winds, as long as those winds are blowing in a certain direction.
Surbaugh's apology seems hypocritical and one-sided. After all, where were the apologies to the Scouts offended by the Left's political and cultural ideology over the past generation? And did anyone apologize when delegates to the 2000 Democrat National Convention actually booed Boy Scouts when they walked on the stage?
There were no apologies then, just political attacks against the Scouts. Philip Wegmann writes in the Washington Examiner, "The Boy Scouts have come under fire in the last two decades because of their membership standards concerning gay boys and leaders. They were regularly attacked as bigots in the editorial pages of the New York Times. They were mocked by the likes of Madonna (the elderly Queen of Pop creepily proclaimed she knew 'how to scout for boys.') And they were assaulted in the courts again and again and again."
As for the media, it's beyond hypocritical that they're suddenly worried about the Boy Scouts of America. The Left has successfully forced the BSA to change core principles and beliefs for many years, but suddenly media types are worried that Donald Trump criticizing Barack liar-nObama is somehow going to tarnish a century's worth of Boy Scout values. All this damage had been done long before Trump took the stage at this year's jamboree.
The Rules and Regulations of the Boy Scouts of America state that the organization "must not, through its governing body or through any of its officers, chartered councils, Scouters, or members, involve Scouting in political matters." The handbook should have been revised years ago, because the BSA is very much a political organization these days. All President Trump did was provide a different political view. And that's the real reason why his speech has been condemned.  ~The Patriot Post
https://patriotpost.us/digests/50456
.

.
No Better Person Or Leader
To Help President Trump Than Kelly

by rickwells.us
{rickwells.us} ~ Judge Jeanine Pirro describes President Trump’s replacing of White House Chief of Staff Reince Priebus with DHS Secretary General John Kelly... as “putting a general in charge to crack the whip and plug the leaks.” She calls it “the right move at the right time.” Judge Jeanine says, “As President Trump stops the treasonous leaking and bleeding in the White House, yet another stellar, left-wing progressive California Democrat has flipped her lid. She then posts up a tweet from the anti-American libtard in which she stated, “By putting Gen John Kelly in charge, President Trump is militarizing the White House and putting our executive branch in the hands of an extremist.” Judge Pirro asks, “Will someone please tell me why it is that ever since Donald Trump became president, you Democrats have lost your minds and are in a constant state of psychotic rage. Militarizing the White House? Are you crazy?... http://rickwells.us/judge-jeanine-no-better-person-or-leader-to-help-president-trump-than-kelly/
VIDEO:  https://www.youtube.com/watch?v=cOnvjdqTHjI
.
The Islamization of History 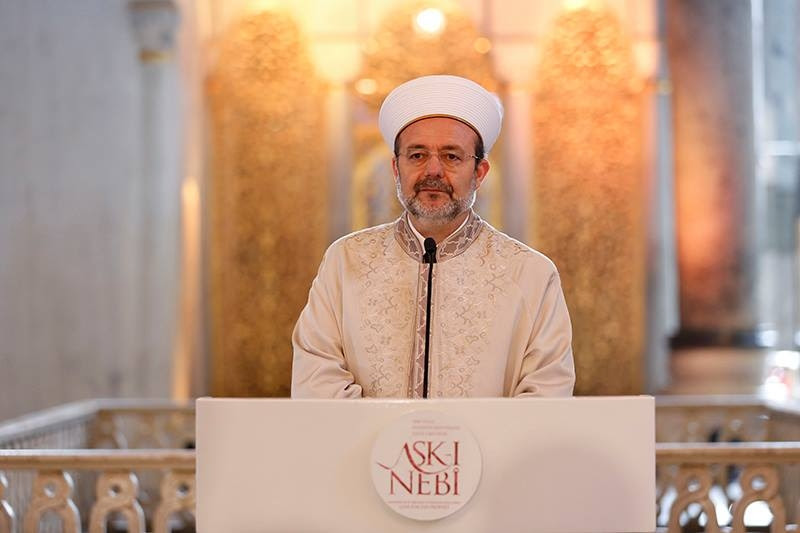 by David Suissa
{jewishjournal.com} ~ It’s easy to see the latest brouhaha over the Temple Mount in Jerusalem as a defeat for Israel. After all, Israel had to cave to Arab and Muslim pressure and take down the metal detectors it had installed after Arab terrorists... had smuggled weapons into the compound and killed two Israeli security guards. Israel takes action, Arabs protest, Israel caves, Arabs win, right? Wrong. The Middle East is a complex jungle where what counts, above all, is power. Israel’s enemies know this. They know that yelling and getting angry doesn’t confer real power. It’s like the power of a kid throwing a hissy fit. The real power belongs to the party that has ultimate control—to the party, in other words, that has the power to install and take down metal detectors... http://jewishjournal.com/opinion/david_suissa/222247/week-israel-won-jerusalem/
.
MASSIVE Anti-Israel Protest in CANADA
Calls for New Genocide of the Jews 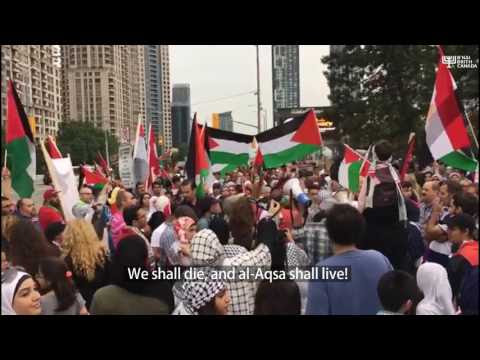 by Pamela Geller
{pamelageller.com} ~ “From the river to the sea, Palestine will be free.” That means Israel will be completely destroyed, and millions of Jews will be killed... And that is what these savages want. They also chanted, “Khaybar, Khaybar, O Jews, the army of Muhammad will return.” This is refers to Muhammad’s massacre at the Khaybar oasis in Arabia of Jewish farmers who were simply going about their business and completely blindsided by the appearance of Muhammad and his armies. These are calls for a genocide of the Jews right in Mississauga, Ontario. Will Canadian authorities charge these people with “hate speech”? Or is that something only non-Muslims can commit? http://pamelageller.com/2017/07/anti-israel-genocide.html/
VIDEO:  https://www.youtube.com/watch?v=Cbv0wiYuz7c
.
Rep Steve King Wants liar-nOBAMA
INCLUDED In 2nd Special COUNSEL Probe

by rickwells.us
{rickwells.us} ~ In the debate over the House Judiciary Committee’s amendment to call for a second special counsel to address the crimes of top Democrats... Congressman Steve King (R-IA) notes that there have been several things left out of the discussion, some guilty individuals and areas of illegal conduct. He starts off with a reminder that Hussein liar-nObama sent a contingent of partisans to Israel in the heat of their 2015 election in an attempt to unseat Prime Minister Benjamin Netanyahu, an operation that was known as V15 and which involved the misappropriation of $350,000 of US taxpayer money. He then notes that he just returned not long ago from the Balkans, from Macedonia, where he learned that the US Govt was giving money borrowed from China and Saudi Arabia, at least $5 million dollars to George Soros groups intended to destabilize the pro-Western government there. They even translated Saul Alinsky’s “Rules for Radicals” into Macedonian, for the purpose of sowing dissent, with their techniques later on display, noting that the liar-nObama regime “is a long ways from clean on this.”...About time someone is taking notice.  http://rickwells.us/rep-steve-king-obama-included-2nd-special-counsel-probe/
VIDEO:  https://www.youtube.com/watch?v=kjKDvKnl9Ts
. by Eric Cortellessa
{jewishworldreview.com} ~ US State Department Spokeswoman Heather Nauert speaks to reporters during a press conference in Washington, DC on June 8, 2017

The US State Department on Wednesday defended an annual report on terrorism under fire from pro-Israel groups for saying that a lack of hope drives Palestinian violence.

Meanwhile, the umbrella foreign policy group for Jewish organizations expressed its “deep concerns” about the report, saying it shifts responsibility for terrorism from the Palestinians to Israel.

“In that report we consistently highlight terror attacks perpetuated against Israelis – and I’m just talking about the Israel portion – because this is a worldwide report,” Heather Nauert, the State Department spokeswoman, said Tuesday in a briefing when asked about a call from the Zionist Organization of America for Secretary of State Rex Tillerson’s resignation because of the report.

The Conference of Presidents of Major American Jewish Organizations on Wednesday said it wrote Tillerson to express “deep concern” about the report.

“We hope that Secretary Tillerson will rescind this report and see to an amended version that properly puts the responsibility for the terrorism and incitement that has taken such a heavy toll where it belongs on Palestinian Authority President Mahmoud Abbas and the PA,” a Presidents’ Conference statement said. “This report cannot be allowed to stand because other countries and terrorist groups may use it to justify their anti-Israel actions.”

In the report released last week, the State Department listed as “continued drivers of violence” a “lack of hope in achieving Palestinian statehood, Israeli settlement construction in the West Bank, settler violence against Palestinians in the West Bank, the perception that the Israeli government was changing the status quo on the Haram Al Sharif/Temple Mount, and IDF tactics that the Palestinians considered overly aggressive.”

That kind of diagnosis is unusual for US President Donald Trump’s administration, which has been reluctant to criticize Israel, let alone suggest it is partly responsible for Palestinian terror.
http://www.jewishworldreview.com/0717/israel_causes_its_terrorism.php3
E-mail me when people leave their comments –
Follow