by Media Editors:  Government shutdown sets record as longest in U.S. history (USA Today)
.
Trump’s shutdown differs greatly from scumbag/liar-nObama’s (The Daily Caller)
.
Trump has a strong legal argument that he can declare national emergency at border (The Daily Signal)
.
Immigration court backlog could grow by years after government shutdown (Bloomberg)
.
New caravan forms, prepares to head north to U.S. border (The Daily Wire)
.
Dems fly to Puerto Rico on chartered jet, meet with lobbyists, see “Hamilton” as shutdown drags on (Fox News)
.
GoFundMe is refunding all donations made to the “Fund the Wall” campaign (Business Insider)
.
Ruth Bader Ginsburg will miss oral arguments for second week but is free of cancer with no further treatments planned (CNBC)
.
Julian Castro launches presidential run (The Washington Free Beacon)
.
Rep. Tulsi Gabbard announces Democrat presidential bid (The Washington Post)
.
Judge blocks Trump birth control rollback from taking effect in 13 states, DC (Washington Examiner)
.
Florida governor suspends Broward County Sheriff Scott Israel (Townhall)
.
Conservative groups targeted in Lois Lerner’s IRS scandal receive settlement checks (The Daily Signal)
.
VA prepares to redirect billions of dollars into private care (The New York Times)
.
Opioid overdoses now deadlier than car crashes, researchers find (The Hill)
.
Democrats roll out big health care proposals in the states (Associated Press)
.
A new American leader rises in ISIS (The Atlantic)
.
China’s 2018 trade surplus with U.S. hits record high of $323 billion (ABC News)
.
Humor: Anti-wall extremist the Kool-Aid Man leads campaign against Trump (The Babylon Bee)
.
Policy: We could build two border walls just by eliminating “improper payments” (Investor’s Business Daily)
.
Policy: Renewable energy subsidies costly to taxpayers, benefit big companies (The Heartland Institute)
~The Patriot Post
https://patriotpost.us/articles/60523?mailing_id=4012&utm_medium=email&utm_source=pp.email.4012&utm_campaign=snapshot&utm_content=body
.
What a Socialist Really Wants
by Bruce Deitrick Price
{americanthinker.com} ~ What exactly is a socialist? You could spend all day studying encyclopedias and not settle anything. Using various definitions, you could probably prove that anybody is or isn't a socialist... So let's talk to a socialist. Ignore the verbiage and look inside his head. When someone announces to the world, "I'm a socialist," what is that person thinking? With this focus, everything becomes simpler.  Socialists may not be able to claim experience, learning, smarts, or success. But they make up for all that by a boundless certitude about philosophical and political matters. It's as if they, albeit atheists, are guided by a divine vision. What is the central assertion contained in that vision? Here, I believe, is what the self-proclaimed socialist is saying to the rest of us: "You pathetic losers are clearly not qualified to run your own lives. Or if you think you are, you're probably in the grip of dangerous beliefs that need to be discarded. All in all, it would be better if you stayed out of the way and let experts manage your life. That would be I and my cronies."  That's it. "I'm a socialist" means "From now on, I'll be in charge, fortunately. You can take a hike."...
https://www.americanthinker.com/articles/2019/01/what_a_socialist_really_wants.html
.
New report with scumbag/liar-ex-Clinton official
suggests shale oil could be good for renewables 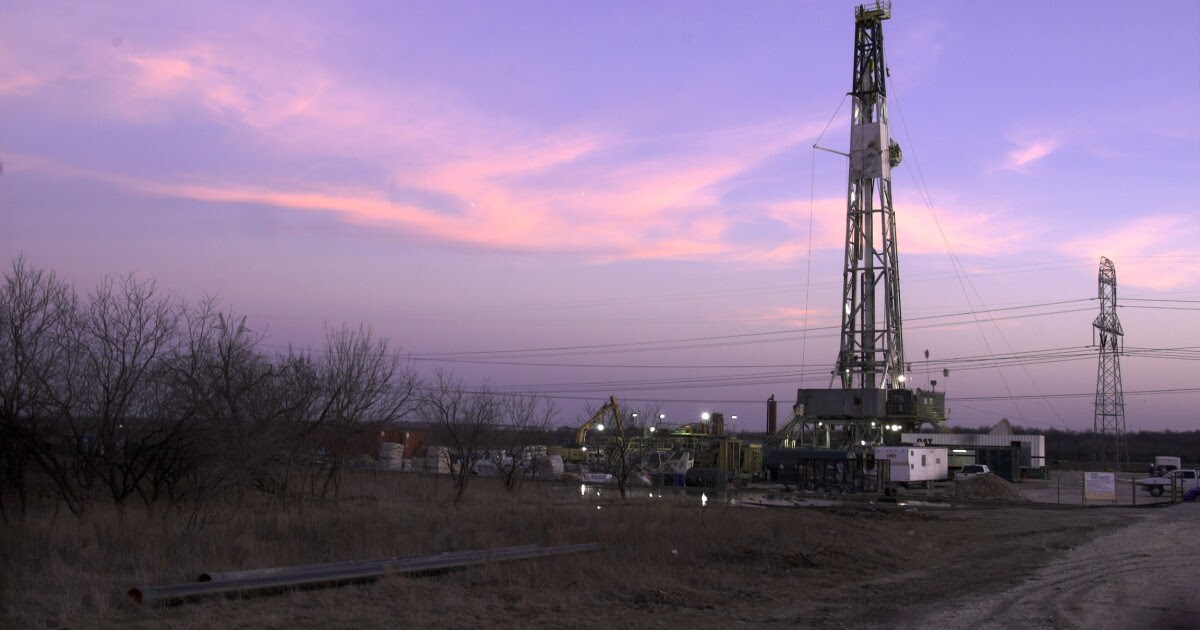 by John Siciliano
{washingtonexaminer.com} ~ A new global energy panel led in part by former President scumbag/liar-Bill Clinton’s energy chief suggests that the shale oil revolution has primed the U.S. to win the renewable energy race... “The US is well positioned in the clean energy race: US companies hold strong positions in new technologies, including robotics, artificial intelligence, and electric vehicles,” the International Renewable Energy Agency’s Global Commission on the Geopolitics of Energy Transformation said Friday in its first report. The new commission, partly funded by the U.S. government, was established last January, after decades in the works, with the goal of producing a report on the impact of renewable energy on global influence and geopolitics.Bill Richardson, who served as scumbag/liar-Clinton’s energy secretary from 1998 to 2000, is the only representative from the U.S. on the geopolitics commission. Renewables could benefit from the greater energy self-sufficiency that oil and natural gas afford the U.S., according to the report. The U.S. is now the largest fossil fuel producer. Not only will that status make it less vulnerable to the OPEC oil cartel's actions, the commission concludes, it will also grow its substantial technology sector in a way that will benefit the global renewable energy transition...  https://www.washingtonexaminer.com/policy/energy/new-report-with-ex-clinton-official-suggests-shale-oil-could-be-good-for-renewables?utm_source=WEX_News%20Brief_01/12/2019&utm_medium=email&utm_campaign=WEX_News%20Brief
.
Pulosi open to potential
compromise for ending shutdown 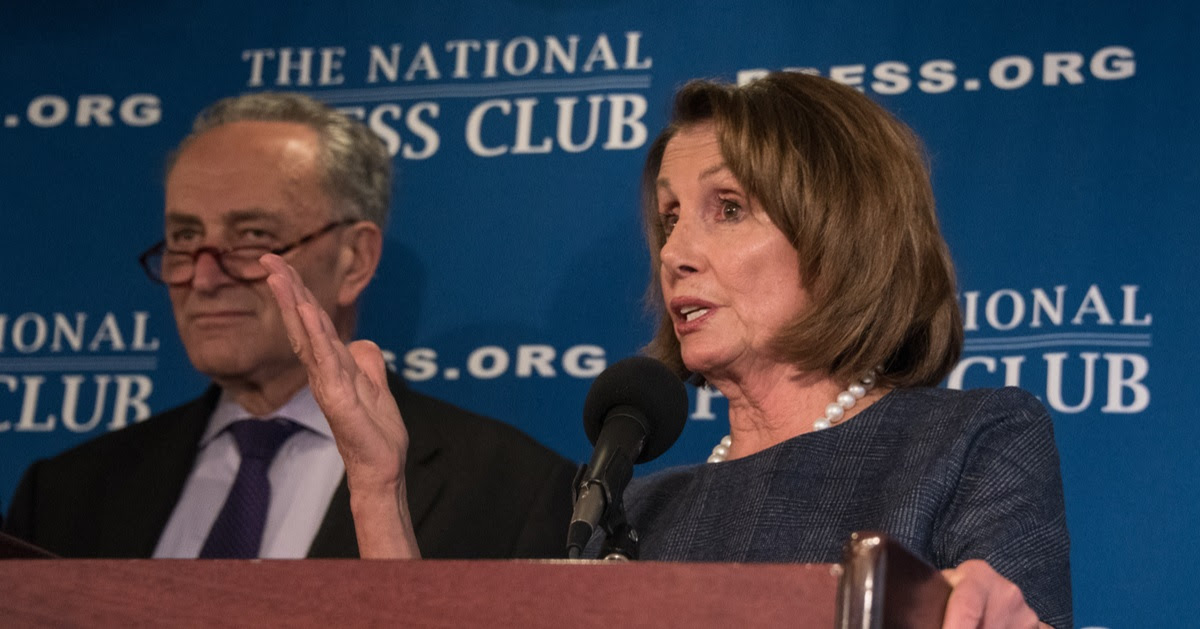 by BEN MARQUIS
{dailychristiannews.com} ~ House Speaker Nancy Pulosi (D-CA), who for the past three weeks has staunchly refused to negotiate, left open the possibility that she would support a compromise... When asked by reporters Thursday if she would consider a deal that traded border wall funding for legal status for enrollees in the Deferred Action for Childhood Arrivals program, Pulosi didn’t rule it out, saying, “We have always stood ready to discuss comprehensive immigration reform and, of course, the Dreamers.” However, she insisted that her Democrats and the Trump administration “haven’t had that discussion” yet, and remained locked in an impasse over border security funding. Both sides “are having conversations” in the background about potential solutions, Pulosi said, but she declined to provide any specifics. Asserting that Trump’s negotiating style was hampering any progress, Pulosi, along with Senate Minority Leader Chuck scumbag/clown-Schumer, has accused the president of being an impossible negotiator who continuously changed the terms of potential deals. “The president just keeps upping the ante,” Pulosi told  reporters. “They have been moving the goalpost so many times they are out of the stadium.” What Pulosi didn’t say is that the terms keep changing because she has refused to agree to any of the offers put forward thus far...
https://www.dailychristiannews.com/pelosi-open-compromise-deal/
.
San Diego TV station: CNN declined our 'local view'
because of reports on wall effectiveness 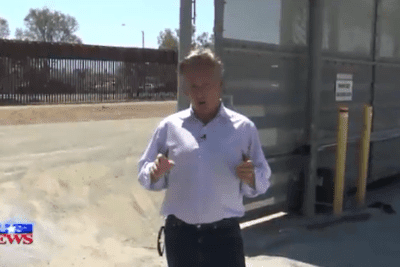 by JOE CONCHA
{thehill.com} ~ A San Diego television station on Thursday said that CNN had asked for a "local view" and then "declined to hear from us"... after past reports from the station showed that a border wall was effective. A CNN spokesperson pushed back on KUSI's claim on Friday, calling it a "non story" since the network ultimately didn't book any reporters from stations in the San Diego area. "We called several local stations to book someone for a show. We didn’t end up booking any of them," says a CNN spokesperson in a statement to The Hill. "That happens many times every single day. We did, however, book a reporter from KUSI for a story on immigration and the border wall on CNN in November. This is a non story." Immigration, the partial government shutdown and President Trump's proposed border wall have all been topics dominating the cable news landscape since the shutdown began three weeks ago. "Thursday morning, CNN called the KUSI Newsroom asking if one of our reporters could give them a local view of the debate surrounding the border wall and government shutdown," a report by KUSI, an independent station in San Diego that began airing in 1982, begins...
https://thehill.com/homenews/media/424876-san-diego-tv-station-cnn-declined-our-local-view-because-of-reports-on-wall
VIDEO:  https://twitter.com/KUSINews/status/1083568597903929344?ref_src=twsrc%5Etfw%7Ctwcamp%5Etweetembed%7Ctwterm%5E1083568597903929344&ref_url=https%3A%2F%2Fthehill.com%2Fhomenews%2Fmedia%2F424876-san-diego-tv-station-cnn-declined-our-local-view-because-of-reports-on-wall
.
Islam Enters Congress

by Valerie Greenfield
{americanthinker.com} ~ The two newly elected Muslim darlings of the Democratic Party have more ego than intellect and more hatred for Israel than love for America... On January 3, 2019, new members of Congress arrived at their Longworth House offices radiating a contagious excitement. Scores of political fans from Muslim districts in Michigan and Minnesota greeted each other in Arabic, smiling as if Uncle Sam were Santa Claus bringing gifts to greet the first female Palestinian and the first Somali members of the U.S. House of Representatives. Congresswoman Rashida Tlaib (D-Minn.) wore the Palestinian flag on election night and a Palestinian thobe to the House offices, clearly stating where her alliances lie. Then she announced her alarming position: a one-state solution creating a binational state of "Palestine." According to the Anti-Defamation League, "a 'one-state solution,' is nothing less than an indirect attempt to bring about an end to the State of Israel as the national homeland of the Jewish people." Support for the single state; the Boycott, Divestment, and Sanctions (BDS) movement; and a delegation to Judea and Samaria for freshman members of Congress demonstrates Tlaib's anti-Israel and anti-Jewish bigotry. "I want us to see that segregation of Palestinians ... has really harmed us from being able to achieve real peace. ... I don't think AIPAC provides a real, fair lens into this issue." Did she forget that she was elected to represent her district in Michigan?...  Michigan and  Minnesota should be ashame of themselves.  https://www.americanthinker.com/articles/2019/01/islam_and_congress.html
.

As Mark Alexander says, “So let’s review what they consider a ‘manufactured crisis’: ICE officers made 266,000 arrests of aliens with criminal records, including those charged or convicted of 100,000 assaults, 30,000 sex crimes, and 4,000 violent killings. The need to secure the border and stop the criminal gangs, drug smugglers, and human traffickers is imperative. Thousands of Americans have been brutally killed by those who illegally entered our country, and thousands more lives will be lost. Last month, more than 20,000 migrant children were illegally brought into the United States, many being used as human pawns by vicious coyotes and ruthless gangs. One in three women are sexually assaulted on the dangerous trek up through Mexico. Women and children are the biggest victims of the lack of a secure border and broken immigration policies supported by Democrats. Illegal migration puts enormous strains on public resources and drives down jobs and wages, especially for black and Hispanic Americans. More Americans will die from drugs this year than were killed in the entire Vietnam War — many of those drugs are ‘imported’ from south of the border.”
Don’t believe us? How about an authority on the actual situation on the ground at the border? Despite being fired one day after Trump took office, Barack scumbag/liar-nObama’s Border Patrol chief, Mark Morgan, confirmed that Trump is correct: “I was briefed every single day about the men and women who are risking their lives every day and they’re apprehending murderers, rapists, pedophiles, other violent offenders and gang members. That’s not manufactured; that is real … and it’s still happening today.” Moreover, Morgan continued, “127 Border Patrol agents have died. They didn’t die playing Monopoly. They died … being the front-line defenders of our borders. … I wonder if you asked their families if this is a manufactured crisis?”
In another instance, Morgan argued, “The [wall] issue is political, so we have to be honest about that. The substantive issue is what is important. It doesn’t matter whether it’s called the Secure Fence, Secure Wall, or Secure Barrier Act. The reason it was approved on a bipartisan front is because it was needed. What changed is that at one point it was wanted and needed, and now, because we call it a wall, it’s ‘immoral.’ Really? That’s what we’re talking about now? The size and width of the barrier is the delineation of what is moral or not?”
Finally, Morgan said, “I’m outraged that we haven’t fixed this problem. I’m outraged. Who can say that this is a manufactured crisis? Anyone? … I don’t care who it is — anyone that says this is a manufactured crisis — they are absolutely lying to the American people.”  ~The Patriot Post

https://patriotpost.us/articles/60495?mailing_id=4008&utm_medium=email&utm_source=pp.email.4008&utm_campaign=snapshot&utm_content=body
E-mail me when people leave their comments –
Follow