"The measure of a society, of a just society, is not whether we stand up for people's rights when it's easy or popular to do so, it's whether we recognize rights when it's difficult, when it's unpopular." It was with that page taken right out of Barack liar-nObama's failed terrorism policy legacy that Canadian Prime Minister Justin Trudeau justified his official apology and payment of $8 million ($10 million Canadian) to a former Guantanamo Bay inmate.
In 2002, then-15-year-old Omar Khadr, a Canadian-born jihadi in Afghanistan, tossed a grenade in a firefight that killed U.S. Army Sgt. 1st Class Christopher Speer, a special forces medic, and partially blinded Sgt. First Class Layne Morris. The ensuing saga of interrogation, confession, Gitmo incarceration and legal battles is a long one, but let's just say Khadr has not yet paid for his deeds. Now he's being paid by a leftist with apparent contempt for his own nation and America too.
Trudeau's treachery isn't limited to a simple apology and massive payout. Morris and Speer's family had just won a $134 million settlement against Khadr in Utah, but Trudeau's government rushed the payment to Khadr so as to both subvert the Utah ruling and undermine any appeal by the Speer family.
Peter Kent, a member of the Canadian Parliament, minced no words, writing in The Wall Street Journal, "Mr. Trudeau's actions are an affront to the memory of Christopher Speer, to Tabitha Speer and her children, to Layne Morris, to our U.S. allies, and to all men and women in uniform. This payout was a cynical subversion of Canadian principles. Mr. Trudeau made Omar Khadr a millionaire, and he didn't have to."
Shame on Justin Trudeau. He's a pathetic disgrace to his nation who's dragged American Patriots through hell to score some cheap political points.  ~The Patriot Post
https://patriotpost.us/digests/50274
.

by Rick Wells
{rickwells.us} ~ Anti-Trump CNN propagandist Jake Tapper has one of the partisan hacks taking a leadership role in the Trump attempted coup, Richard Blumenthal of New York on his program for a little more bloodletting... Tapper beings by asking “about the messages” President Trump is sending about Head Witch Hunter, Robert Mueller. Tapper’s running a Democrat – establishment effort with the interview to send a message to the Trump administration not to fire Mueller by raising the topic and stating that the recent messages “could be seen as setting the stage for possibly firing him, which is within the purview of his executive office.” He asks if there would be enough RINOs and establishment types in the Senate to join with Democrats in attempting to overthrow the President if he fired Mueller. He says, “Would the Senate, the majority in the Senate actually have any sort of effective response if the President were to fire Bob Mueller?”...Fire Mueller Trump. We are with you. http://rickwells.us/sen-blumenthal-threatens-trump-firestorm-uprising-mueller-fired/
VIDEO:  https://www.youtube.com/watch?v=tavthaHOj5E
.
New York Getting Wise To Chuck
clown-Schumer: Favorability Drops Among Voters 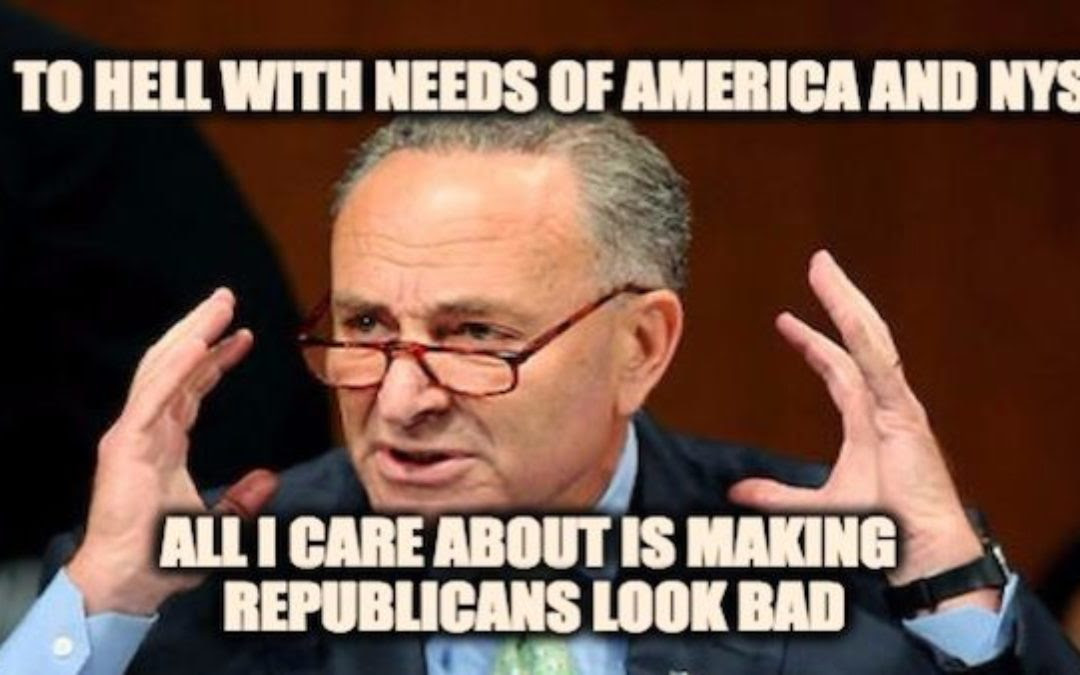 by Jeff Dunetz
{lidblog.com} ~ In the six months since Donald Trump was inaugurated,  it’s become painfully obvious that along with not knowing that a pair of glasses do not belong at the tip of one’s nose... Senate Minority Leader Chuck clown-Schumer is making his decisions based on politics, rather than what’s good for the United States or his constituents in New York.  As a result according to the latest Sienna poll clown-Schumer’s favorability ratings among NY voters are at the lowest level ever. While 53% is pretty good for a favorability rating when one looks at the fact that it was at 67% only eight months earlier, team clown-Schumer must be getting a bit concerned. NY’s other senator, Kirsten Gillibrand who voted for the Iran deal which was rejected by most New York Voters should be concerned also, not because of a lack of favorability, but because when asked 33% of NY voters had now opinion. This leaves the NY GOP if they ever get their act together and opportunity to find a good candidate and define Gillibrand  before she defines herself...http://lidblog.com/new-york-getting-wise-chuck-schumer/
.
Metal Detectors and Palestinian Lies 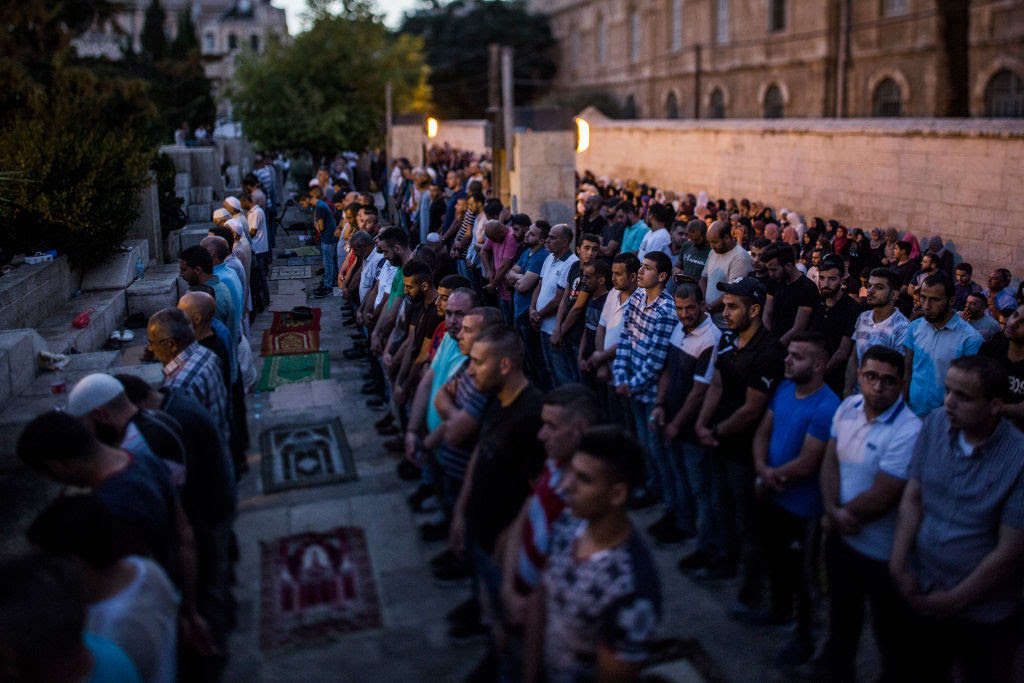 by Bassam Tawil
{gatestoneinstitute.org} ~ The controversy surrounding the Israeli authorities' decision to place metal detectors at the gates of the Temple Mount calls to mind the famous Arab saying, "he beat me and cried then came to me to complain."... This inversion of reality is a common among perpetrators who pretend to be victims. The decision to install the metal detectors came after Arab terrorists murdered two Israeli police officers at the Temple Mount on July 14. The three terrorists -- Israeli Arab citizens from the city of Umm al-Fahm -- used a submachine gun and knives to carry out their attack. The weapons were easily smuggled into the Temple Mount thanks to Muslim worshippers not having been required to pass through metal detectors or undergo body searches by policemen stationed at the gates. Incredibly, the Palestinians have since been waging daily protests against the new Israeli security measures, demanding that the metal detectors be removed from the entrances to the Temple Mount. As part of the protests, Palestinian leaders have urged Muslim worshippers not to enter the Temple Mount through the metal detectors and instead to pray at the entrances to the holy site... https://www.gatestoneinstitute.org/10718/temple-mount-metal-detectors
.
If You’re Illegal and You Vote, It’s Adios Amigo!

by Wayne Allyn Root
{townhall.com} ~ Thirty-four hundred Colorado citizens just quickly and quietly dropped off the voting rolls. I know the reason why. Because President Trump is investigating voter fraud in Colorado and every other state too... Those 3,400 ex-voters are illegal aliens. Until now they got away with voter fraud. But now we have a new sheriff in town. And they're starting to get the message: If you’re illegal and you’re voting...IT’S ADIOS AMIGO! Democrats want free and fair elections, without any chance of interference by Russians. Okay, I'll bite. Let's take concrete steps to assure our elections are free of fraud, corruption and manipulation... https://townhall.com/columnists/wayneallynroot/2017/07/22/draft-n2358265?utm_source=thdaily&utm_medium=email&utm_campaign=nl&newsletterad=
.
MUELLER Witch Hunt Will HARASS
Trump, Force SHOWDOWN Like NIXON

by Rick Wells
{rickwells.us} ~ Hannity asks Pat Buchanan if he’s “ever seen it this bad, the media this abusively biased and corrupt?”... Buchanan replies, “This is as bad as it was in the final days of Watergate with Richard Nixon. The tremendous overt hostility of the press, the media.” He says, “Many of those press conferences of Nixon looked like things in a Roman forum. And I think the real problem here is the President senses that the media are the enemy and I think the media, undeniably, if you watch all three networks…are as hostile to this President as I’ve seen to any candidate or President in my lifetime.” Hannity asks, “So what does he do, Pat? I mean you’ve been there, you know how hard it is inside that house, and you see the media acting this way. What do you do?”...http://rickwells.us/buchanan-mueller-witch-hunt-will-harass-trump-force-showdown-like-nixon/
VIDEO:  https://www.youtube.com/watch?v=s5rY64nOw0k
. 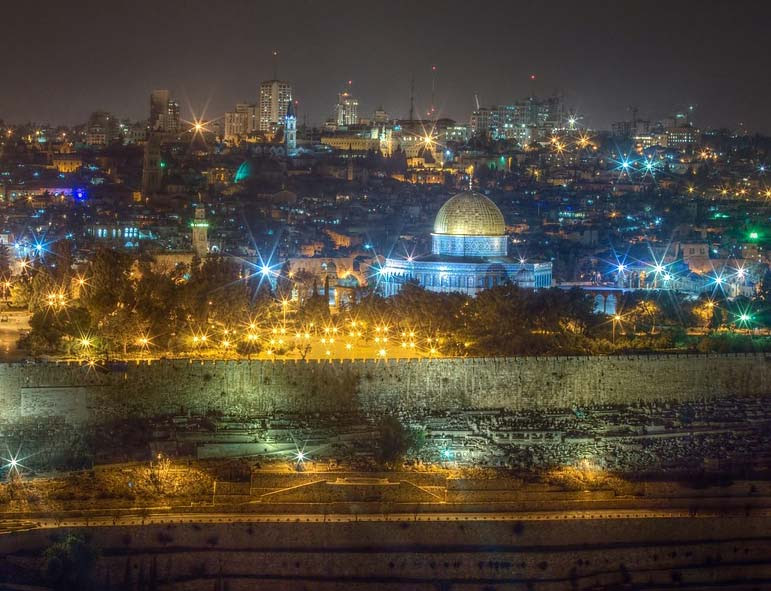 by Eli Lake
{jewishworldreview.com} ~ For years, the most delicate dispute in the Israeli-Palestinian conflict has been the status of the Temple Mount in Jerusalem. The Al Aqsa Mosque sits on the spot from which Muslims believe Mohammed ascended to heaven. At its base are the remains of the outer wall of the second Jewish Temple.

This is why last Friday's terror attack on this sacred ground is so important.

It's hard to think of a worse debasement of a holy place than for armed gunmen in the middle of a shooting spree to flee to it for sanctuary. Add to this the fact the Jerusalem police now say there were guns hidden in the Temple Mount complex at the time.

All of this challenges a prevailing Palestinian narrative about the Al Aqsa Mosque: that Jews are a threat to its preservation. You hear it in the speeches of Palestinian president Mahmoud Abbas, in which he falsely claims Jewish settlers are building tunnels underneath the Temple Mount. He complains of "dirty feet" stepping on this holy ground.

When former Prime Minister Ariel Sharon visited the Temple Mount in 2000, Palestinians used it as an excuse to spark the second intifada. Later that year, Yasser Arafat formed a militia called Al Aqsa Martyrs Brigade to kill Jews at random in the name of reclaiming the holy site.

Now it should be said that Al Aqsa Mosque, believed to be built in 690, has endured the crusades, British colonization and Israeli statehood. In the 1980s, a group of Jewish terrorists plotted to blow it up, but they never followed through. When Israel won the land that includes the Temple Mount in the 1967 Six-Day War, it decided to allow a religious trust called the Jordanian Waqf to remain the administrators of the site.

Now we have an atrocity that threatened the mosque's worshippers. The real threat to the Mosque on Friday did not come from Jewish settlers, but from Israeli Arabs. So it's important to examine the response from Palestinian leaders.

Let's start with Abbas. He was forceful in his condemnation of the act, noting that there is no room for violence in such a holy place. Other members of his party, Fatah, were also quick to denounce. And Ayman Odeh, the head of Israel's largest Arab political party, condemned all armed struggle from Israeli Arabs against Israel in the wake of the attack.

That's pretty good. But by Monday the old patterns emerged. Fatah called this week for a "day of rage." Was this to protest the gunmen who entered the noble sanctuary or those mourning their deaths? No. This protest is aimed at Israel for erecting metal detectors at the entrance of the Temple Mount compound after the shootings.

The most telling response, however, came from Hamas, the Muslim Brotherhood-affiliated group that rules Gaza. A spokesman for the group, Sami Abu Zuhi, said on Friday the attack "was a natural response to Israeli terrorism and their defilement of the Al Aqsa mosque."

Now there are many things one can say about Hamas. They are killers, of course. They are also fanatics. Hamas favors the imposition of Islamic law on the people of Gaza. The group was responsible for changing the tenor of the Palestinian national liberation movement in the 1980s and 1990s, from largely an anti-colonialist struggle to a kind of holy war to reclaim Jerusalem.

In light of the group's response to shootings at the mosque, let's add a new descriptor: frauds. Yes, how can any thinking person take the professed pieties of Hamas leaders seriously if they rail against "defilement" of the site yet praises gunmen who fled to it in a shooting spree?

As Martin Kramer, a historian at Shalem College in Jerusalem, told me this week, the attack at the Temple Mount broke a taboo. "The usual Islamist claim is the danger to the mosque and the shrine is from Jews," he said. "Here there was an actual conspiracy to smuggle weapons into this holy place and Hamas does not condemn it, they praise it. Who poses the greater danger to Al Aqsa?"

It's an excellent question. The answer is that the greater danger to one of Islam's holiest place these days comes from the Palestinian fanatics who claim to be fighting for its reclamation.
http://www.jewishworldreview.com/0717/lake072117.php3
E-mail me when people leave their comments –
Follow