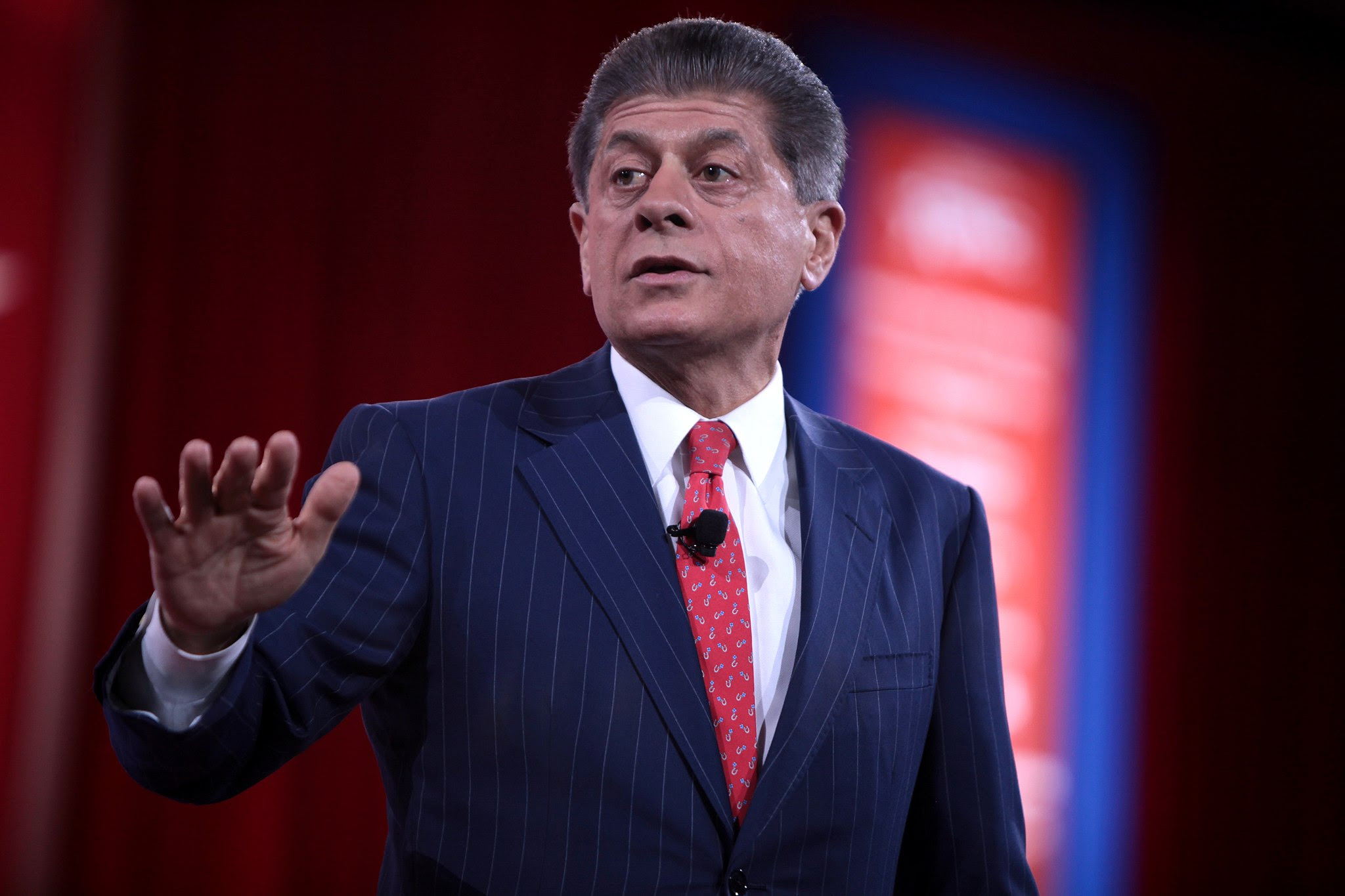 by Garrett Humbertson
{conventionofstates.com} ~ The Convention of States Project announces an endorsement from Judge Andrew Napolitano, Senior Judicial Analyst, Fox News Channel... and author of nine books on the U.S. Constitution. Judge Andrew Napolitano says, “For generations, long before the Convention of States Project, I have joined many of my ideological and political friends in recognizing the need to call an Article V Convention. American history and human nature teach that Washington, D.C., will never actually restrain itself and restore the foundations of personal liberty that the Constitution purports to guarantee. Yet, to build out the infrastructure, the organization, and the grassroots army to get it done is a huge undertaking. Today, the Convention of States Project is doing just that, and I’m proud to join with my friends Sen. Tom Coburn and Mark Meckler by endorsing what they are doing. When the actual Convention is called to order -- and it will be -- I’d consider it an honor and privilege to perform some of the heavy lifting; which is to draft and disseminate proposed constitutional amendments to the states that, in Jefferson's words, will chain down the federal government to the confines of the Constitution.” “For two decades, Judge Napolitano has been a public champion for the Constitution and the principles of American jurisprudence through television, radio and his books.” says Mark Meckler, President of Convention of States Action. “He is a staunch defender of personal liberty and rights of the individual, which makes his endorsement perfectly aligned with millions of COS supporters seeking to take their sovereign power back from the federal government.”...
https://conventionofstates.com/news/judge-andrew-napolitano-endorses-convention-of-states-to-chain-down-the-federal-government
.
Fox co-host blasts Juan Williams: ‘If you are going
to sit there and call your colleague a liar…’

by conservativeinstitute.org
{conservativeinstitute.org/} ~ A heated debate during an episode of Fox News Channel’s The Five threatened to turn personal on Tuesday... as co-hosts Juan Williams and Jesse Watters discussed the Central American migrant caravan headed towards the southern U.S. border.  Watters accused Williams of ignoring reports of “MS-13 affiliated gang members among the caravan,” as reported by a colleague, which Williams dismissed as “fear-mongering.”...  https://www.conservativeinstitute.org/national-sovereignty/illegal-immigration/williams-waters-heated-debate.htm?utm_source=boomtrain&utm_medium=automated&utm_campaign=ci2&utm_source=boomtrain&utm_medium=automated&utm_campaign=ci2
VIDEO:  https://www.youtube.com/watch?time_continue=499&v=JW8q4rhLxNg
.
School jams Islam down kids' throats, parents fight back 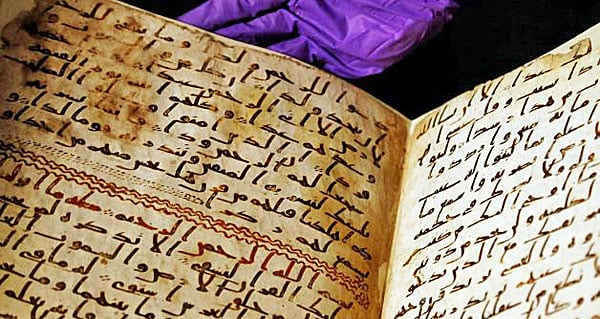 by wnd.com
{wnd.com} ~ San Diego public school students have returned to a federal court in their case against the district’s promotion of Islam... asking the judge to reconsider her denial of their request to halt an “anti-Islamophobia initiative.” The parents, who are organized as the Citizens For Quality Education San Diego, charge the San Diego Unified School District’s program in partnership with the Council on American-Islamic Relations favors Muslim students in violation of the Constitution. Ahead of a hearing scheduled for Nov. 26, the Freedom of Conscience Defense Fund, on behalf of the parents, have filed a brief in support of a motion asking the Judge Cynthia Bashant to reconsider her denial of a preliminary order to stop the program while the case proceeds. The brief contends the judge overlooked material facts demonstrating the district is advancing the sectarian agenda of the Council on American-Islamic Relations, or CAIR. It asserts her conclusion the district no longer is partnering with CAIR is “manifestly erroneous.” CAIR was named an unindicted co-conspirator in a terror-funding case and has been designated by the United Arab Emirates as a terror organization. Evidence entered in the terror-funding case showed CAIR is a front group for the Muslim Brotherhood, which advocates a worldwide Islamic caliphate with no tolerance for other religions... Islam has no rights in our school system or anywhere in the USA.  https://www.wnd.com/2018/10/parents-wont-give-up-in-fight-against-schools-islam-promotion/
.
Caravan Migrants Headed To US Refuse Mexico’s Offer
For Schooling, Jobs And Much More

by Neetu Chandak
{dailycaller.com} ~ Caravan migrants heading to the U.S. have refused Mexico’s offer to receive refugee status that would provide... schooling, jobs, medical care and shelter. Thousands of migrants turned down Mexico’s President Enrique Pena Nieto’s program You Are In Your Home. The program gives refugee status to those who apply and provide migrants access to shelter, medical attention, schooling and temporary employment opportunities to Central American migrants in the Chiapas and Oaxaca states, according to The AP. “Our goal is not to remain in Mexico,” Oscar Sosa, 58, of Honduras told The AP. “Our goal is to make it to the U.S.” Those of working age would clean, repair and maintain infrastructure in the two southern Mexican states, according to the program. Migrants can also obtain Mexico’s version of a social security number called CURP (Clave Unica de Registro Publico). This will allow the migrants to have legal proof of identity, enter and leave shelters and open bank accounts... Thousands of migrants turned down the offer. Now they will get nothing in return.  https://dailycaller.com/2018/10/27/caravan-migrants-reject-mexico/?utm_medium=email
.
Representative John Ratcliffe Discusses Mail Bomber,
Migrant Caravan and Rod Rosenstein…

by sundance
{theconservativetreehouse.com} ~ Representative John Ratcliffe appears on Sunday Morning with Maria Bartiromo to discuss current events including... the mail bomb threats, and the looming central American migration swarm at the southern U.S. border. At the 07:00 mark in the video the subject shifts to the joint committee interview with George Papadopoulos. Mr. Ratcliffe outlines that he has personally seen information within the classified documents that would have been considered “brady material“, evidence the U.S. Government withheld that exonerates Papadopoulos of accusations around ‘Spygate’.  Additionally, at 10:12 Ratcliffe outlines the reason why DAG Rod Rosenstein ‘backed-out’ of his scheduled testimony; and other weasel maneuvers.
https://theconservativetreehouse.com/2018/10/28/sunday-talks-representative-john-ratcliffe-discusses-mail-bomber-migrant-caravan-and-rod-rosenstein/
VIDEO:  https://www.youtube.com/watch?v=vryjM4AMB6g
.

by Jordan Candler:  Imagine if half a million or more people communally marched on the U.S. southern border every single year. By implementing an open-borders policy and refusing immigration enforcement, that’s what the current “caravasion” consisting of several thousand illegal immigrant invaders theoretically could become under leftist rule. These migrants are encouraged to break the law because the dummycrats-Democrat Party insists there’s an injustice in refusing to receive them. And you can bet that a group of 10,000 or 14,000 illegals multiplied by the dozen would produce media coverage replete with even greater anti-secure-border fulminating and even more stentorian sympathy for migrant members. Any other news would be put on the back burner.

Some wouldn’t know it, but another march already exists with a far greater number of protesters than that of the approaching caravan. Not only are the participants here legally, but sadly, they receive virtually zero coverage — even though they desperately fight to preserve the dignity and protection of life. Students for Life of America president Kristan Hawkins makes an interesting comparison in the Washington Examiner, where her latest piece is headlined, “Media fawn over caravan, but thousands more gather to end abortion and get no coverage.” She writes:
The human story told in moving pictures is presumed to impact how people may vote. The tragedy is that the event is ignored by the media, who turn a blind eye to the passions of a diverse group of people moved to act. Of course I’m not talking about the caravan of migrants that has received around-the-clock coverage with contemplation about how their concerns may impact key voting demographics. I’m talking about the March for Life. Funny how hundreds of thousands of people, year after year, can stand together in the worst weather, and few in the fourth estate can be bothered to notice. While a march of immigrants about 14,000 strong is considered noteworthy, record-breaking crowds of up to 650,000 have come together peacefully year and after year to call upon our government and fellow citizens to remember the humanity of mothers and their pre-born infants.
Columnist Cal Thomas wonders, “If people hostile to us — say Russians, communists from China, religious extremists from the Middle East — were attempting to cross our border in large numbers, would most people be alarmed?” By extension, if thousands of anti-abortion activists were marching on our border, would dummycrats-Democrats be so adamant about allowing them in? Every year the March for Life attracts massive interests — except from the fourth estate and pro-death lawmakers. Extremists are those who wish to see the eradication of a sovereign nation for the sake of broadening their constituencies while ignoring the death and destruction of the most vulnerable among us — unborn children.

https://patriotpost.us/articles/59096?mailing_id=3819&utm_medium=email&utm_source=pp.email.3819&utm_campaign=snapshot&utm_content=body
E-mail me when people leave their comments –
Follow