The Republican Party is the party of racism? I think both Amber Randall and Minnesota Democratic Rep. Keith Ellison need a history lesson. The Nazi party was a socialist party just like the American Democrat party. The word "Nazi" stands for National Socialism, yet left wingers call conservatives Nazis? How do they figure? Both the socialist communist party and the Nazi party are two wings of the same bird. Both are left wing. Republicans abhor both. 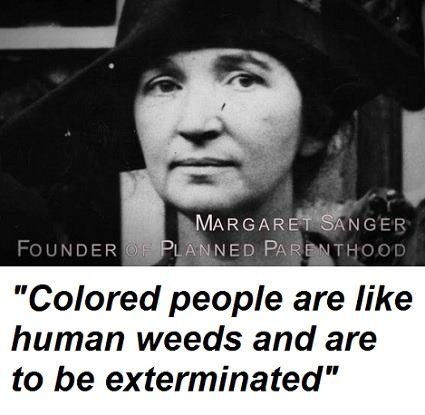 Hillary Clinton praised Margaret Sanger's vision and tenacity. What more proof do you need that it is the Democrat party that is the party of racism?

about the Legacy of Margaret Sanger