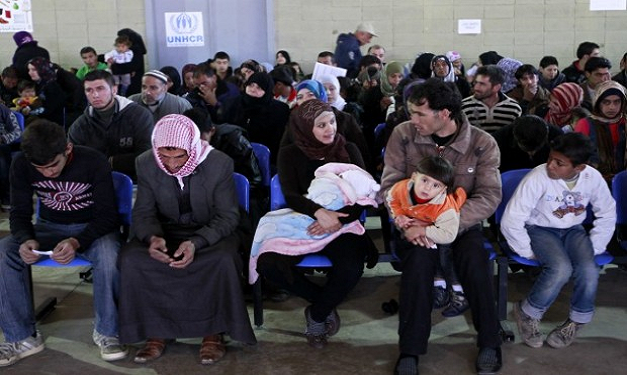 One if by land and two if by sea.

Okay.. it probably won’t be by land.. but, they are coming!

The Obama administration is considering resettling some refugees who have escaped war-torn Syria in the United States, a development first reported by the Los Angeles Times on Sunday and later confirmed by the State Department.

According to the Times, the resettlement of the refugees would be “part of an international effort that could bring thousands of Syrians to American cities and towns.”

A resettlement plan under discussion in Washington and other capitals is aimed at relieving pressure on Middle Eastern countries straining to support 1.6 million refugees, as well as assisting hard-hit Syrian families.

The State Department is “ready to consider the idea,” an official from the department said, if the administration receives a formal request from the United Nations Office of the High Commissioner for Refugees, which is the usual procedure.

The United States usually accepts about half the refugees that the U.N. agency proposes for resettlement. California has historically taken the largest share, but Illinois, Florida,Pennsylvania, Maryland and Virginia are also popular destinations.