What follows is a blog post by George Miller, ObamaBallotChallenge.com that I am taking the liberty of sharing with you. 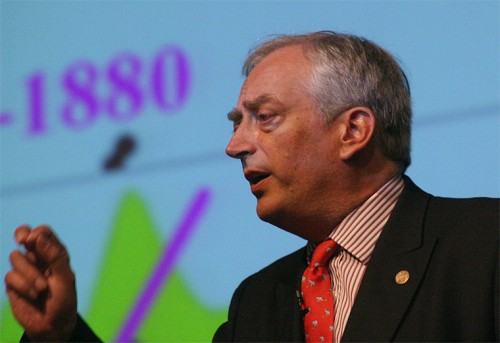 Presenting:  The Climate of Freedom

We know this is VERY short notice, but definitely worth changing almost any plans you might have to come for this wonderful opportunity!  Will also have time reserved for Q&A!  6:30 PM Wed. May 30. Bring friends, family, associates, skeptics.

Forward this widely and ask others to, also.

Lord Christopher Monckton, best known for debunking the man-made “Global Warming”  (AGW) myth of pseudo-science and fighting one-world government schemes, is at it again!   He has become very aware of the fraud perpetrated by “Obama” and his many enablers, including LameStream Media and has spoken out strongly about The One’s ineligibility for office. Monckton is an amazing, accomplished man, much more than just a title.  (MORE about Lord Monckton, a former advisor to Prime Minister Margaret Thatcher).

He will speak on the eligibility issue, specific concerns about the man who calls himself “Barack Hussein Obama,” the Arpaio investigation, what is to be done and more. We are assured that he will be unable to resist the temptation to also talk about “Global Warming” and the threat of one-world government, at this very special event.

Thanks again to WND, Obama Ballot Challenge Staff and Sheriff Arpaio and his Cold Case Posse for their unwavering commitment and fortitude to continue the fight.

Additionally, several new organizations, to include active websites, were established to educate and mobilize the American public on the significance of “natural born Citizen” and the 2012 Election, along with an initiative to assist ordinary registered voting citizens wishing to challenge President Obama’s constitutional eligibility and name placement on their state’s 2012 primary presidential ballot. The team that established and maintains this website is currently compiling election laws from all 50 states and in the near future will be providing forms, along with sample letters that registered voters can use to file a complaint. Also included is pertinent information regarding those lawsuits and/or complaints that have been filed by state, to include my own.

Word of Caution:  Although its great that many Americans are now beginning to wake up and are actively taking some action to have President Obama taken off the 2012 Presidential Election Ballots we need to keep in mind that those individuals with unlimited sources and/or resources, to include the deep pockets of anti-American George Soros, our own local and national elected officials and others, with the help of the MSM, who have spent years planning and successively perpetrating what I now believe could be the greatest fraud in American history are not going to go down without a fight and thus, as a result, I also believe that now more than ever we need to stick together as Americans (it's no longer Democrat or Republican) at this crucial time when our country and/or Republic needs us more than ever to see this thru. A Republic for which so many Americans have and continue to give their all to uphold and defend.

Hope you and your loved ones had a great/safe Memorial Day weekend.