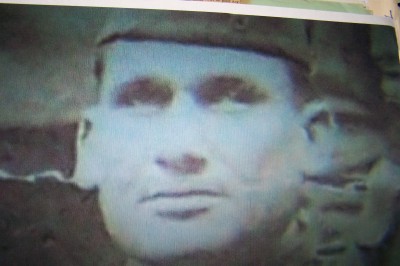 We are now in La La Land. Between the World Wars, a new revolution, a pyramid game, began in America with Roosevelt’s New Deal, and continued after World War II for no other reason than back room politics (Johnson was a master of the art) with Johnson’s Great Society, to bring America the present out of control spending.

Don’t expect the politicians to cure the problem. They caused the problem for their own gain. They will continue with the shell games, if allowed, whether they be Republican or Democrat. They are going to keep the power and control in their hands—whatever it takes—as long we allow them. When have you ever seen those in control willingly step down? If this is a nation of the people, for the people, you better act now. We are going down the tube.

Obama’s health care knife in the back—taking from senior citizens—(me) is typical for politicians. We pay, they gain. The logical way to cure the double wrongs of the New Deal and Great Society is to phase out government entitlements the way they were phased in—throw away the crutches and walk on your own two legs, painfully at first.

At the same time that you phase out government entitlements, you must do away with Federal income tax and the IRS, not only at a tremendous saving, but at a huge boost to the economy. Replace the income tax with a tax on spending and balance the budget, whatever the cost.

This is the way to put yourself back in control of your life. Think about all the blood, sweat, and tears that have gone into building this great nation—for you! Those who came before you were determined to keep control in the individual’s hands. What I see taking place is absolutely the most shameful behavior in the history of man.

Obama gave us platitudes. Nobody asked him specifically what he planned to do to fix things. What does this tell you about politicians? Obama made it three times as bad as Bush made it. Obama is the socialist dictator politicians have been scheming and conniving for 73 years, when President Roosevelt declared, “The balance of power between the three great branches of the Federal Government has been tipped out of balance by the courts in direct contradiction of the high purposes of the framers of the Constitution. We have reached the point where we must take action to save the Constitution from the Court.”

The American people allowed their president to rewrite their Constitution. If you want your country back, best to stop the outbursts and proceed with quiet determination. I want to hear the candidates for president say exactly what they plan to do as president to fix the problem. They would be the first in a long, long time, in fact since President Harding. He told us how to fix the problem the granddaddy of pyramid games, progressive Woodrow Wilson started. Roosevelt’s depression lasted eleven years, until World War II fixed it. Wilson’s was the depression nobody talks about. President Harding ended it in short order.

Obama is taking us back to Roosevelt’s depression. There is only one fix, the fix Harding brought about. Drastically cut government. Drastically cut spending. Drastically cut taxes. You are going to have to demand this that I tell you or face the consequences. It’s as simple as that. Do what Harding would have done. Pass it on. Phase out government entitlements. Do away with Federal income tax and the IRS.