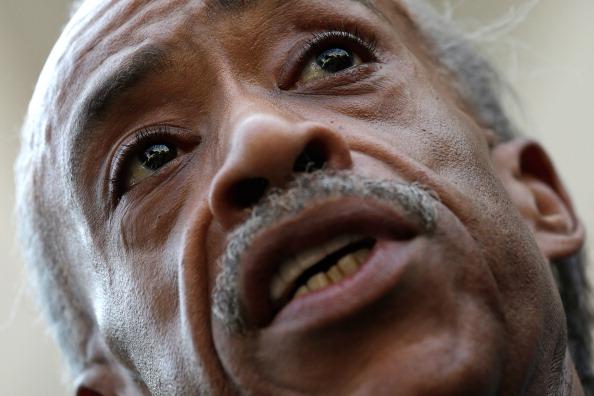 There is a class of colored people who make a business of keeping the troubles, the wrongs, and the hardships of the Negro race before the public. Having learned that they are able to make a living out of their troubles, they have grown into the settled habit of advertising their wrongs-partly because they want sympathy and partly because it pays. Some of these people do not want the Negro to lose his grievances, because they do not want to lose their jobs." (1911) - Booker T. Washington.”

There is a class of people in this nation that are the problem profiteering pimps of race baiting who gain nothing from eliminating the source of barriers that block progress for black people. That is why they have nurtured the frenzy of hate against George Zimmerman.

They worked for well over a century, even before 1911 to manufacture a hysteria that could bolster their own economic standing in terms of their bank account, with no account for validity, accuracy or the truth. Their practices have been hewn from the tree of hate, because it is in hate that they rise and it is in falseness that they thrive. Black progress is their adversary and nemesis.

Zimmerman’s innocence is of no matter to race baiters because it is easier to manufacture a lie which they can easily push than a truth which forces the black public to look inside and ask questions about their own true issues. So deflection, cries of denunciation and of racial injustice against Trayvon Martin was the banner they designed and carried against George Zimmerman last year. Even though the prosecutors found no proof and the FBI investigation found no proof indicating profiling… race baiters like Al Sharpton insisted George Zimmerman was guilty and sold this narrative to the public. It nearly got him convicted!

Yet there was a truth which was not shared. Yet is as punishing as it is illuminating. Out of the mouth of the only true witness to the words and the deeds of Trayvon Martin’s last minutes alive, came an alarming insight. Rachel Jeantel seemed to imply on CNN's "Piers Morgan Live." Show early this week, that it was Trayvon Martin who approached the car of George Zimmerman.
According to her, it was Trayvon Martin who profiled George Zimmerman and caused a dangerous down spiraling to ensue because she suggested to Martin that Zimmerman might be a gay man who could be a rapist.

So if the words of the only person who actually was talking to Trayvon Martin is suggesting that Martin did not run away when he could have, but instead approached the car of Zimmerman, where was the “hunting down” of Martin?

You had a dream of equity for all.

But in fifty years your march wins not its goal.

For men foment for gold to line their purse

And our courts drive justice from her halls.

And men can’t get a job for color’s lack

The King is dead. His dream is too.

‘Tis your “followers” now do the hating.

that  might be harmful if I continued... or words to that effect...