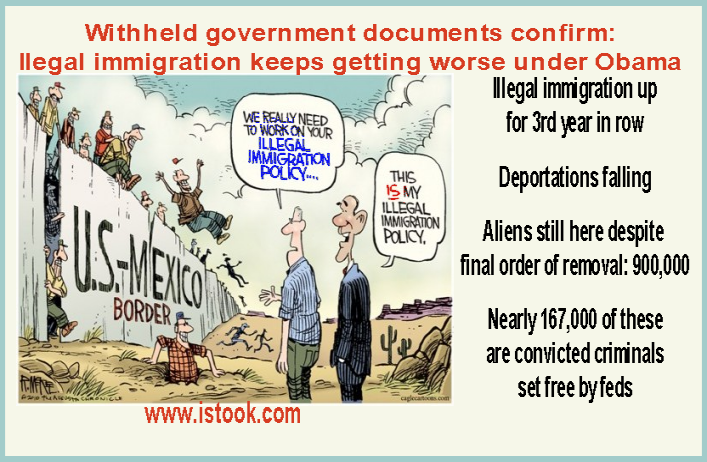 President Obama wasted no time in fulfilling his promise to spread American's wealth around.  Having more than doubled the number of welfare recipients in the U.S., the President was not only successful in locking in these recipient's votes but he was also successful in robbing them of their "self-worth."  Since when did Welfare become something that American's aspired to rather than aspiring from its' grip ?  This is not to say that all forms of Welfare are debilitating but we would be beyond naive to think that these prolonged tax

payer "handouts" aren't crippling our country !  Aside from greatly limiting any incentive to follow The

American Dream of working hard, contributing to society and enjoying the "fruits of your labor,"  the expectation of Welfare has made the fruit even sweeter when it comes from someone else's labor !   This has taken the "entitlement mentality" to new and dangerous levels - hence, the bold and needless crime we are seeing !  Society can no longer afford the entitlement that Welfare breeds, the lack of supervision from single

parent households and the crimes the products of these households commit !  Many of these children are

simply a means to get more entitlements, then left to fend for themselves.  No wonder they have no incentives, no direction, no self-worth other than what the criminal element can provide ! When we have children shooting other innocent children because they're bored, we're in trouble !  It's time for stary eyed

liberals to realize, that "we are all" expendable under Obama's watch, especially our children . . .

A recent broadcast stated pro-amnesty savings were $35 billion based on an illegal alien cost of $402 billion offset by wage savings of $437 billion in consumer costs!    Nobody is outraged!   Claiming consumer price savings during excessive inflation is outrageous!    Government’s phony 11 million headcount says illegal aliens cost $36,545/yr each!   Government tyrants watch citizens 24 hours a day, scans their bank and credit card accounts, and jails tax cheaters; but “don’t know” if there is 11 or 30 million illegal aliens, anything about then, or who’s going to get killed next.

For the record, aliens who enter this country are law breaking multi-count criminals, any who harbor or employ them are law breaking criminals, and any officer of government, judicial or law enforcement who doesn’t enforce the Constitution & laws as written breaks the law, oath of office, and is a criminal and traitor!

20+ million citizens have been cast out of the workforce!!!  Assuming a criminal slave labor conspiracy generates $437 billion of anything useful is preposterous!   Citizens are suffering record financial woes as government spends $1.25 trillion more than revenue while their treasury cranks out another $1 trillion a year in counterfeit currency!    A legislature that is trying to pass a bill that will cost citizens $1 to $3 trillion per year to buy criminal alien votes deserves unlimited scorn and a lifetime in prison!

It’s like putting money in a bank that lets anybody write a check on your account!    When there’s nothing left to steal, history unequivocally proves they’ll begin killing!   We don’t need amnesty or new laws!   We need officials who will enforce the Constitution and existing law NOW.    That requires prosecution, impeachment, and harsh just punishment of corrupt officials and law enforcement!    That begins with DOJ Holder and the gang of eight, then the president and the legislature

Find out who voted Obamacare into office, and let them know they are in their last term.

a recent email I received...

Can this be true

Do you know the park in NYC that the Wall Street protesters occupied?

Did you know this park is NOT owned by the city of New York?

It's owned by Brookfield Properties.

Brookfield Asset Management received an Obama Department of Energy
Loan guarantee of over $160 million within 10 days of approving the
take over of the Park.

Brookfield is a Canadian company with assets of $70 billion. Google
it.  It's all on their website - and WHY is the US Taxpayer
guaranteeing a loan to a VERY wealthy Canadian company?!?!

Who was just hired by Brookfield Properties as an attorney?

Who sits on the board of Brookfield Properties?

Now, guess what company just received some of the last of the Obama
Stimulus $$$$$$$

Now, guess what, on a completely unrelated note?  Wisconsin is shaping
up to be the swing state in the 2012 presidential elections. Not
Florida; not Ohio; Wisconsin .

Now, guess who owns the company that will be tabulating all the
electronic votes in Wisconsin.

And now for your quick refresher in World History:

Remember what Stalin said. "He who votes does not have the power.
He who counts the votes has the power".

THIS IS FROM THE INIMITABLE KEVIN CRONIN, GOP BOARD MEMBER FOR RACINE  COUNTY WISCONSIN :
I hear plenty of talk of write-in votes for the 2012 presidential race. Apparently the people that intend to write-in a candidate don't understand the repercussions of their planned actions. A write-in vote is the same as a vote for Obama.
Not all Conservatives will be happy with the GOP nomination, but writing in your favorite candidate is not only unwise but selfish.
A write-in candidate has no chance of winning. No third party candidate has a chance of winning. Hence, a vote for a write-in or third party candidate is a wasted vote. It equates a vote for liberalism. Can you say Ross Perot?
The future of our freedom is at stake. Every vote is needed to defeat the socialist movement.
I understand people's convictions; however, common sense must prevail. The country may not survive another four years of this administration.
In 1912 Teddy Roosevelt ran as a progressive and split the GOP vote with Taft and as a result Woodrow Wilson won the election.
Think! Think of what we are fighting for. Think of what we are fighting against. We are on the same side! There is too much at stake.