It was a little while ago that Sen. John McCain was awarded the Liberty Medal from the National Constitution Center in Philadelphia.  The Liberty Medal is given to those who have “secured the blessings of personal liberty to people the world over.” In the speech McCain spoke brashly about of the current President. It is alarming that this particular award was given to a Senator who has constantly ignored the damage done to civil liberties in the search for “national security”. Senator McCain has never worried about past conflicts started without Congressional approval, at least until Donald Trump became President. Now he wants in on the action and to make the decisions for going to war that are not his to make.

The speech was nothing more than Trump bashing by the ultimate RINO. He talks of abandoning the “Ideals we have advanced around the globe” but neglects to mention embracing the gangs of thugs in the Middle East from Saudi Arabia, to Libya, and even as far back as Kosovo. McCain has thrown his policies behind the Yemen debacle that has led to war crimes and disasters to the people of the poverty stricken country. The foreign policy that has been developed by this senator has led to wars in countries we should not be in because McCain has pushed for agreements that do not benefit those countries. There have been conflicts started by our country with countries that had the temerity to disagree with this man. Of course, McCain clothes it all up in patriotism and freedom, values that disappear with the dust hanging heavily from the bombings over the areas like a evil cloud. While McCain spiels of “half baked nationalism” he continues to push an interventionism that is at best irresponsible and at worst criminal.

On the domestic front, McCain has clearly turned his back on the American people. Calling President Trump “poorly informed” and “impulsive” McCain has turned against the Wall and instead wants a “comprehensive” immigration bill that the progressive/socialist Democrats and the other RINOS can rally around. This was the same man who called “Antifa” and “Black Lives Matter” are the true Americans after Charlottesville. McCain tweeted “ There’s no moral equivalency between racists and Americans standing up to defy hate and bigotry.” Does this man not know that the main agenda of Antifa is to make American ungovernable. Perhaps that is what the globalists such as McCain really wants, to make America ungovernable. And isn’t this the same old man who called the Tea Party “wacko birds” and “hobbits” because they wanted to control spending and lower taxes. That should explain whose side McCain really is on.

Before our military leaders Defense Secretary James Mattis and Joint Chiefs of Staff Chairman Joseph Dunford, that made the decisions that make this country safe, McCain refused to allow nominations for positions of national security because they refused to state in an open forum what the processes were in place to move forward. Questions abound over this new McCain doctrine. Where was McCain when the “ leading from behind was failing so miserably, or when Obama went on his apology tour, or the ransom of over $1 billion paid to Iran or when the country’s Uranium was sold to the Russians by our government? Where was McCain when North Korea, Syria, Iran and Russia treated our country with impunity, knowing that our Muslim in Chief would do nothing to stop them. This is the abandoning of America’s Ideals that Sen. McCain is so vocal about now with President Trump. Where were you then Sir? I suggest the speech that you so knowingly gave when you awarded the Liberty Medal was about eight years too late.

It is a given that McCain has never forgiven President Trump saying he was not a war hero because he was captured. Now a globalist, McCain is using the rhetoric of the Soros backed globalists of which he is one.

The Trump dossier is also a sticking point that McCain has yet to explain. Aleksej Gubarev, a Russian tech executive that was named in the dossier is claimed to have been recruited by the FSB, the Russian intelligence agency. The question that is at the forefront of this situation is who gave the dossier to Buzzfeed to publish. According to Evan Fray-Witzer, Gubarev’s lawyer claimed that Buzzfeed asked Fusion GPS for the dossier and were refused, so how did they get it? Sen. McCain and a former official at the McCain Institute funded by George Soros, were told about the dossier and Kramer flew to London to met with Steele and procure the dossier. There are no answers forthcoming and even the Congressional committees are at a stalemate because Fusion GPS has pleaded the fifth.

McCain, understandably has been given leeway because he was a war hero from the same Vietnam War that I and many others also fought. The damage done to this country, to the military and the psyche of the conflict will never be over for many. Those who fought and died there on the whole did their part for a country that they loved.

On March 25th,1999 two of McCain fellow POW’s Ted Guy and Gordon Larson told the Phoenix New Times that they doubted McCain was physically harmed. While he was at The Plantation” he was not physically abused. The Plantation was the compound that people were released from and no one was ever physically abused. Upon his transfer to the Hanoi Hilton and by his own account McCain cracked after two or three days.McCain promised them military information if they would take him to the hospital where he denies that he received any special medical treatment. In the first two weeks in the hospital, the Hanoi government started press releases and announcements from John McCain. Divulged by McCain were specific military information and intelligence the location of his carrier and pertinent information on strength and numbers and even the location and number of rescue boats. The information about routes of incoming American aircraft helped the Hanoi government to increase the effectiveness of their air defense systems. Included in the information was altitude, direction and alist of targets American aircraft were intending to hit. This led to a an increase of 60% more aircraft lost and resulting in calling off of bombing of North Vietnam.

Is this a violation of the Code of Conduct, not if your father and grandfather were both U.S. Navy admirals

Cpl. Bob Dumas USA (Ret).  Has claimed “He didn’t want nobody to check his background because a lot of the POW’s said he was a collaborator of the enemy.

Dr. James Lucier former U.S. Senate Chief of Staff “We did know that when he was in the Vietnamese prison he co-operated with the communist news services in giving interviews that were not flattering to the United States”..

Information shows that he made over 32 tapes of propaganda for the North Vietnamese government. The Vietnam Veterans Against John McCain and the U.S. Veteran Dispatch continue to investigate and expose the real “war hero” John McCain.  The truth, long hidden by the government and the military higher ups will come out. Even though McCain has passed legislation to classify his records forever, it will be soon be clear that this man is not only not a true Republican, but not an America hero. 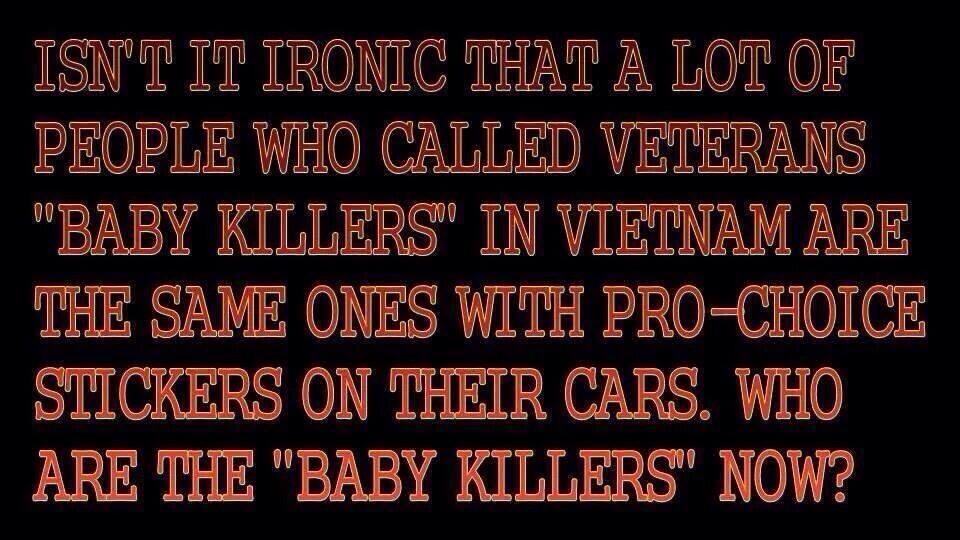 Why Would an Author Write Kids’ Books about the Vietnam War?

“Why on earth would an author write kids’ books about the Vietnam War?” I’ve been confronted with that question countless times as I’ve endeavored to  write a children’s historical non-fiction series titled, “The Heroes of the Vietnam War: Books for Children.” Remarkably, children’s books about the Vietnam Era comprise a literary niche that is very limited. But a lack of kids’ books about the Vietnam War is just one motivation for bringing a dark region of our national memory to light. My experience in tailoring difficult lessons to fit the needs of young learners provides a writer’s challenge that I greatly enjoy. Taking stories of heroism during a difficult and often confusing era in American History, and drawing out those stories that teach principles such as bravery, friendship, compassion, and sacrifice, is rewarding to both me and my audience.

Book one, “Little Bird Dog and the Big Ship” is a true story about events of the last day of the Vietnam War. Code-named Operation Frequent Wind, the evacuation of refugees from South Vietnam was one of the largest humanitarian undertakings in history. Book one details a real-life adventure that took place amid enemy gunfire with chaos in the air and death in the water. In formulating my book about the escape of heroic South Vietnamese pilot Bung Ly and his family, I chose to leave in an element danger. The tale of a family escaping certain death and heading out to sea on a little airplane with nowhere to land is unavoidably suspenseful, but I was careful not to overwhelm youngsters with terrifying images. Little Bird Dog and the Big Ship ends happily with the successful escape of the Ly family amid cheers of jubilation from the crew of the U.S.S. Midway.

Book two of my series, “Saving the Vietnamese Orphans,” is about the equally dangerous mission of Operation Babylift. The compassionate directives of President Gerald R. Ford actuated by the Air Force, American Servicemen and women, several private airlines, and countless civilian volunteers, swept over three thousand orphaned Amerasian, Vietnamese, and ethnic Chinese children, out of harm’s way and into the hearts of adoptive families across the globe.

These stories showcase the goodness of Americans and the heroism of her warriors during the Vietnam Era, a time that must not be forgotten nor mythologized in cultural and historical murk.

I submitted my books to the giant retailer, Walmart. They were skeptical at first, but seeing the potential in “The Heroes of the Vietnam War: Books for Children,” Walmart has given me a remarkable opportunity. By proving that my books are important to American readers and of high interest to Vietnam veterans, and everyone else who wants the truth told about our heroes, Walmart has placed my books in a sort of competition. I NEED YOUR HELP!

PLEASE VOTE AND HELP ME GET “The Heroes of the Vietnam War: Books for Children” INTO WALMART RETAIL CENTERS.

Simply go to getontheshelf.walmart.com and click on the For Kids icon, then search Heroes of the Vietnam War. Finally, click on the accompanying video and place your vote for these patriotic books to be available to kids throughout the country. Please vote once per day through September 2, and help to honor our Heroes who fought in Vietnam.

HERE'S HOW YOU CAN HELP FUTURE GENERATIONS UNDERSTAND VIETNAM:

PLEASE VOTE BY CLICKING THE BELOW LINK TO GET MY BOOKS INTO WALMART RETAIL CENTERS.

There are no other patriotic books for young children written about the Vietnam Era. Emerging generations need to know the stories of heroism and honor that came out of the Vietnam War.

Thanks for your support!