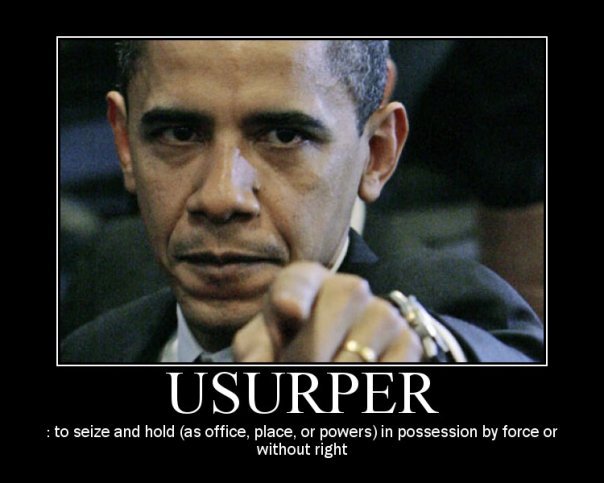 In this Below Video is What Barack Hussein Obama aka Barry Soetoro sounds like a  USURPER / DICTATOR!!

Our CONSTITUTION and BILL OF RIGHTS FORBIDS USURPING / and DICTATORSHIP in the UNITED STATES OF AMERICA!! 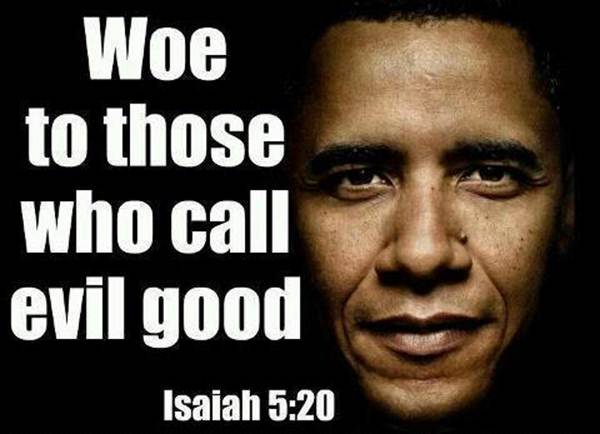 Woe unto them that call evil good, and good evil; that put darkness for light, and light for darkness; that put bitter for sweet, and sweet for bitter!

This will absolutely put a smile on your face. Funny thing about Europeans, they sure do know a dictator when they see one.

We can only hope and Pray that Americans will soon begin to wise up and give Mr. Obama this exact same reaction next time he opens his mouth on American soil to spout more lies and deceit.

Ye are ALL CHILDREN of our LORD and SAVIOR Jesus Christ!!! Jesus Christ is the Only TRUE MESSIAH / KING / LORD / SAVIOR / RIGHTEOUS / HOLY MAN of GOD!!!

Jesus Christ is the SON of GOD our FATHER who art in HEAVEN!! GOD CREATED THE HEAVENS ( UNIVERSE ) and the EARTH, GOD CREATED US in HIS OWN IMAGE!! GOD is MORE POWERFUL than Anyone in this UNIVERSE!!!

The Congressionally approved conspiracy right in front of your nose...  and no one acknowledges it.

There remains one bit of evidence I have yet to see anyone in Congress utilize - this "bit" of evidence is in Federal records, Congressional records - and once it becomes common knowledge -  damming to Mr. Obama and will require him to be immediately removed, all his administration removed, everything and anything he has signed removed and nullified.

This "bit" of evidence clearly proves the Democratic Senate and the Senate Judiciary Committee (SJC) fully understand the Constitutional requirement of "Natural Born Citizen" despite their numerous attacks on anyone who disputes the eligibility of Mr. Obama to hold office...

Whereas the term `natural born Citizen', as that term appears in Article II, Section 1, is not defined in the Constitution of the United States;

Whereas there is no evidence of the intention of the Framers or any Congress to limit the constitutional rights of children born to Americans serving in the military nor to prevent those children from serving as their country's President;

Whereas the well-being of all citizens of the United States is preserved and enhanced by the men and women who are assigned to serve our country outside of our national borders;

Whereas previous presidential candidates were born outside of the United States of America and were understood to be eligible to be President; and

Whereas John Sidney McCain, III, was born to American citizens on an American military base in the Panama Canal Zone in 1936: Now, therefore, be it

Resolved, That John Sidney McCain, III, is a `natural born Citizen' under Article II, Section 1, of the Constitution of the United States."

FACT: There is NO corresponding Senate Resolution for Senator Obama...  nor were both of his parents US Citizens...

To me, this is grounds for charges of treason. A conspiracy approved by Congress to allow an illegal, ineligible individual to usurp the Office of President of the United States.

Politically speaking, Navy SEALs aren’t the safest targets to rail against in a presidential race, but the Obama campaign isn’t hesitating to take down a group of former SEALs who’ve criticized the president’s national security decisions.

On Thursday morning, campaign officials waged a full court press against the Special Operations OPSEC Education Fund, a group of former U.S. Special Forces and intelligence officials accusing President Obama of leaking vital national security secrets and taking too much credit for the killing of Osama bin Laden. When the group launched its anti-Obama media campaign Wednesday, consisting of TV ads and a 22-minute film, it wasn’t clear if Obama officials would avoid a potentially messy confrontation or refute the military veterans publicly. But now the campaign has made clear it views the attacks in the same light as the 2004 John Kerry “Swift Boat” attack ads, which, however misleading, were painfully effective.

“The Republicans are resorting to ‘Swift Boat’ tactics because when it comes to foreign policy and national security, Mitt Romney has offered nothing but reckless rhetoric,” Obama campaign spokesman Ben LaBolt told Reuters’ Mark Hosenball last night. Taking a direct shot at the leaders of OPSEC, an Obama campaign official lambasted the group’s accusations about national security leaks this morning. “No one in this group is in a position to speak with any authority on these issues and on what impact these leaks might have,” said the official, speaking on background, “and it’s clear they’ve resorted to making things up for purely political reasons.”