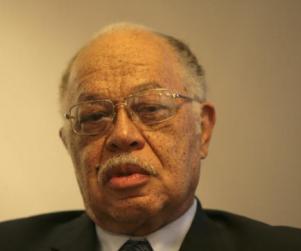 Yesterday a suspected car bomb was found by police in Times Square. Thankfully, no one was hurt. Unfortunately, our nation has been under economic-terrorism for close to a century and most Americans don’t seem to know it or understand it and the media shows no interest in informing the public about it, but rather they make a constant practice of slanting their coverage to “bless” the economic terrorists among our politicians and savage the good names of productive people who believe in the constitution and in the power of free markets. The important thing to realize is this process, this corruption, is NOT just a D.C. phenomenon, but rather part of the progressive social fabric we've been blessed with for quite some time. In a couple paragraphs we will discuss the job-killing house bill 10-1394, whose design will cost thousands of Colorado jobs . . . that is the epitome of what’s being talked about here: economic terrorism. And it’s coming to every state like Colorado where the progressives swept into power because the best friends of the progressive movement after the unions are lawyers and lawmakers.

Since the days of Woodrow Wilson, Americans have been cursed by a progressive onslaught from the left (those looking for government to always step in and solve problems the Constitution says free people need to solve for themselves). Today such progressive ideas as Social Security, Medicare and the Federal side of Medicaid have given all of us $108 TRillion worth of unfunded obligations – a number over eight times larger than the present national debt and eighty times more ominous. Count on the new Obamacare law to add a TRillion dollars a year to that figure despite Obama-math projections that the bill will ease our deficits and slash the national debt. All this money must come from somewhere, whether from the present productive members of society or their productive children and grandchildren. That $108 TRillion came to be our present burden because progressives want their specious laws right now and within the laws to “set aside” the money to pay for the new laws, except, ooopsy-doopsy, they never ever actually set any money aside and that is their mode of operation: promise anything and everything for everybody to get the votes of the masses of the uninformed, but forget to balance the budgets and omit actually paying for anything.

Progressives, by the way, and liberals are the same animal, but “progressive” is a better name, much more accurate because even though it is correct to say that “liberals” are liberal users of OUR money rather than their own . . . it is more informative to realize that progressives believe the U.S. Constitution is just some ancient piece of parchment and that the country truly needs to “progress” beyond the fuddy-duddy out-dated concepts of the founding fathers. As far as the most adamant progressives among them are concerned they, having read “Das Kapital,” surely know a better way and the Constitution be damned. At its roots all progressivism is based upon the ideas that Karl Marx espoused of a Utopian (communist) society where “from each according to his ability, to each according to his needs” was the way every person on earth perfected himself and where the state’s job was to look out for the total interests of everyone which, of course dovetail perfectly with the state’s interests. Capitalism, by contrast, is based upon imperfect people looking out for their own interests, rational and otherwise, and rewarding those who do a good job in the free market of satisfying the needs of others and themselves. One of the most evil things the progressives have done is to progressively over time create a climate wherein lawmaking has become a full-time proposition. The only state that presently reflects the spirit of the original founding fathers is Texas whose lawmakers meet for only 140 days every other year. Everywhere else in the country including Colorado and Washington, D.C., the legislative mischief progresses unabated virtually year round every single year.

Today across our nation we are met in a raging war between the two economic systems. At present the socialist precursor to communistic government is winning hands down. One battle in that war is raging in Colorado as we speak. The Progressive-wing of the Democratic party dominates here but unlike the national battlefield, where the Republicans have decided to stand on principle on every vote and the only bi-partisanship to be found is Democrats voting with the G.O.P against the various Obamanations masquerading as “reform” which aim to bring our whole economy under the government’s umbrella . . . however, here in Colorado the Republican Party has capitulated almost entirely to the Progressive Democrats.

Recently, for example, a unanimous voice vote in the Colorado House of Representatives revealed just how stupid our elected officials can be. Remember, that’s unanimous, as in nobody has even the slightest doubt that the law they’re voting for is an absolutely superb idea. The bill concerned insurance and was named HB (house bill) 10-1394. That bill was created by trial lawyers, the only one to prosper from this bill becoming law will be, you guessed it, trial lawyers. Just as Rajjpuut says unequivocally that anything that’s good for the radical Obama administration must be bad for the productive rest of us, let’s also agree that people who make their living fighting in courts are not the people to be making laws for us . . . for every wonderful Erin Brockovich out there (and, remember, she was NOT a trial lawyer just a concerned neutral citizen) there are sixty folks interested in every passing ambulance like a certain ex-trial lawyer who recently ran for vice-president of the United States. Any bill good for trial lawyers must almost certainly be a disaster for the rest of us. In this case the trial lawyers want to control insurance offered to construction companies in Colorado so that it’s almost impossible for anyone suing a construction company or its insurance company to ever lose a case. And to top that off, they want the wicked tentacles of this law to extend backwards into time to affect virtually every house built in Colorado by any current construction firm. Gee whilikers, Batman, you think that might bring out some crazy lawsuits? Clever, even if NOT principled, those trial lawyers . . . clever.

That bill is now in the Colorado State Senate. Meanwhile at least fifteen of the largest national insurance carriers have pulled out of Colorado and will no longer insure the Colorado construction industry, because, among it’s numerous evils, the bill is retro-active to the start of construction on virtually every house in Colorado and on those who built the house and insured the building of the house (the Constitution forbids ex post facto laws, but those clever trial lawyers can do an awful lot of damage and make an awful lot of money and tie up a lot of good people in court for an awful lot of time before the new law is ruled eventually unconstitutional so a lot of money would by necessity have to be set aside* and just sit around in escrow on the mere possibility of such shenanigans). Colorado’s construction industry just had it’s first positive month recently and now this bill, if it becomes law will guarantee that Colorado construction firms cannot buy enough insurance with all the money in the world to protect themselves from the greed of the trial lawyers: one wonders if that will drive up housing costs? Insurance costs? Mortgage costs?

Right is right and wrong is wrong. If defects exist, insurance’s purpose is to cover justifiable claims. Their purpose is not to guarantee that insurors and construction companies must suffer wanton nuisance claims which the trial lawyers have guaranteed cannot be lost ever by any Bozo the clown carrying a brief case. This bill is the death of the construction industry in Colorado and must be repealed. You Flatlanders out there, watch for it, coming soon to a state near you . . . .