Does this LOOK like "Liberty" to you?
Your Comments Please!
"Illinois GOP sends Armed Thugs
to Libertarians Homes

August 22, 2014. Oak Park, IL. (ONN) Illinois Republicans went way too far in their desperate attempt to keep the Illinois Libertarian Party off the November ballot. Imagine your doorbell rings and two giant, threatening thugs with guns tell you you’ve committed a crime by signing the Libertarian Party’s ballot access petition. They then force you against your will to sign a document recanting your original petition signature. It happened across Illinois and it’s a Class 4 felony. Illinois Republicans may go to prison. And they may just lose what was going to be a landslide General Election over it."

Thugs: Andy Stern, SEIU and their connection to Obama

The mere suggestion that Barack Obama's history is replete with a string of murky associations with dangerous extremists is enough to send the Left, the pragmatists, and the 'moderates' spinning in an endless cycle of dizzying indignation. Yet even his present close associations are highly problematic. 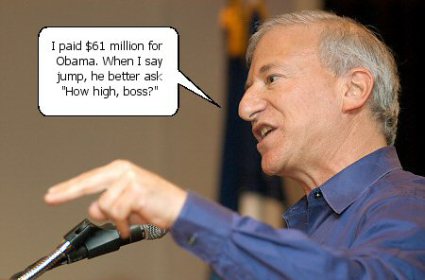 All Americans should become informed about Andy Stern and SEIU. But not from their official website or from the mainstream media, where you will get the propaganda.

Several vital facts should be noted.

First, SEIU thugs attacked citizens who attended Town Hall meetings with their elected representatives last summer, seriously injuring several who required hospitalization. The thugs never threatened anyone beforehand. They simply showed up at the meetings to intimidate town hall attendees and then unleash their violence on the unsuspecting citizens by surprise.

SEIU and ACORN thugs also blocked the entrance to at least one Town Hall meeting, refusing to grant entrance to the constituents within the representative's district.

The citizens who attended these Town Hall meetings were unarmed, many of whom were retired and elderly. Yet they exercised one of their most sacred rights in this free society--to confront elected representatives and hold them accountable, this time on the highly unpopular ObamaCare bill.

Second, interestingly, Andy Stern and SEIU helped to write the ObamaCare bill that our illustrious Congress critters admitted they never read. They didn't have to. They had been bought off by the special interests who wrote the bill, and that includes SEIU and the Apollo Alliance, which coordinates efforts between big government, big labor, big business, and big environment.

Add into the mix Communist Van Jones, the Hugo Chavez admirer, and the 'Center for American Progress' which is run by a Leftwing extremist, and you have a healthcare bill that was conceived, nurtured, born, and bred in the bowels of American Leftwing extremism.

Thus, the hired guns of these organizations, the street-wise goons and thus of SEIU and ACORN, were charged with disrupting, intimidating, and even physically attacking citizens who care enough for the country to protest this frantic march toward Marxism.

Each of the organizations and individuals mentioned above have close ties with Barack Obama. Van Jones was hired as one of Obama's 'czars' until Patriots screamed to high heaven about a Marxist in the White House, resulting in Jones' departure, where he then wound up working for the Leftwing extremist Center for American Progress.

ACORN's connections with Barack Obama are well-known, going all the way back to his early days in Chicago as a community organizer, when Obama did legal work for the organization. They, too, were involved in the intimidation and violent threats/behavior against citizens at the Town Hall meetings.

And as for Andy Stern and SEIU, watch and listen closely to what came out of Obama's own mouth in this video.

Presently there is a massive, concerted effort on the part of the Leftwing, the mainstream media, the White House, and Democrats in Congress to portray Tea Party activists as dangerous, violent, right-wing extremists.

This, it would seem, is a perfect cover for the violence that is nurtured, encouraged, and perpetrated by the Leftwing organizations most closely associated with Barack Obama. 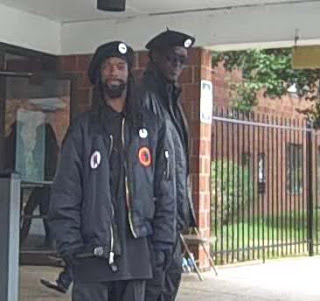 The death threats against Nancy Pelosi and Bart Stupak are actually but a drop in the bucket compared to the threats made against Patriots, Tea Party activists, and anyone else who dares to raise a voice of protest against this President.

The Spirit Airline Boycotters Are The Real Thugs

All the judge had to hear in the Spirit Airlines vs. Vietnam veteran case was, well just that, dying Vietnam war veteran vs. Spirit Airlines tightfisted CEO Ben Baldanza. In fact these were the precise terms used by Foxnews reporter J. Miller. However the judge in this case ended up being thirty thousand Facebookers threatening a boycott against Spirit Airlines.

Jerry Meekins, a Vietnam vet and cancer patient was told by his doctor not to fly. Spirit Airlines is a no-frills airline and charges for 'every extra' in order to offer rock bottom prices. This is were the problem began. Spirit Airlines has a strict, well publicized no-refund policy and Jerry is a Vietnam vet with cancer. Seems like an open and shut case, Jerry wins.

I have nothing but respect and admiration for a man like Jerry Meekins. However if I had the chance to talk with him I would explain why I believe he has responsibility in this disagreement as well. Passengers flying Spirit Airlines are aware of their no-refund policy and accept the added risk in exchange for a rock bottom fare. Many of you are now calling me a heartless bastard only worried about the evil rich, tightfisted CEO. But wait a minute, aren't we now taking the exact same position as Nancy Pelosi and the libs? The same position we rail about everyday as conservatives.

But Ben and Jerry are not the only ones involved here, I'm involved too. I fly Spirit Airlines all the time and one of the very reasons I choose Spirit is because I don't value the extras the same as other airline passengers do. I prefer to pay as little as possible to get from point A to point B and then spend the savings on a nice dinner or a new Callaway driver. Until last week I thought my relationship with Ben was absolutely perfect. I would give him a small amount of money and he would fly me where I wanted to go. But that was before I was told that Ben and I were doing it all wrong.

Ben was offering a service that was below the acceptable minimums for air travel. Now wait, don't minimum levels of service only apply to health care. With Obamacare I'm not allowed to purchase a bare bones major-medical-only policy. You can't just have major medical, then go to Target and give the clerk nine dollars for contraceptives.

Now it seems I'm being told I can't purchase air travel a-la-carte either. Jerry told Foxnews he appreciated Ben's willingness to refund his ticket out of his own pocket and write a check for $5,000 to the Wounded Warriors Foundation. But “I just want them to agree to take each case and review it, because there are others in my situation and they deserve to be heard”.

I have to disagree with Jerry here. This is exactly what Ben is trying to avoid at any cost. He can't determine whether a stay-at-home-mom deserves a refund but a single-mom-lawyer does not, without it affecting ticket prices. Ben also made the point that Spirit is often the only airline many passengers can afford to fly.

This story hit a nerve with me because the left's reflex is always to condemn the evil CEO. This time it seemed people on my side of the political divide had the same reflex. 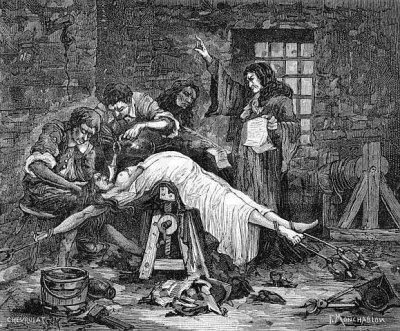 Read more…
First Previous of 9 Next