The sheriff of Erie County, New York, told the State Legislature it was none of their damn business how they use their high-tech cellphone “sniffers” to spy on Americans.

Timothy B. Howard told a committee the “Stingray Tracking Device” his department has owned for six years wasn’t being used to tap into citizen’s phone conversations, but only for tracking their movement. And that’s all he would say. The Erie County Sheriff’s Department received the device – and other surveillance equipment – from the U.S. Department of Homeland Security as part of an ongoing effort to supply local law enforcement with high-grade military equipment.

He wouldn’t tell the elected officials about the scope of the device’s capabilities, how well it worked or how many times his department has used it.

With no disrespect to this honorable body … the specific use of the device should be left to the monitoring of the courts and not to the Legislature or to the media,” he said. 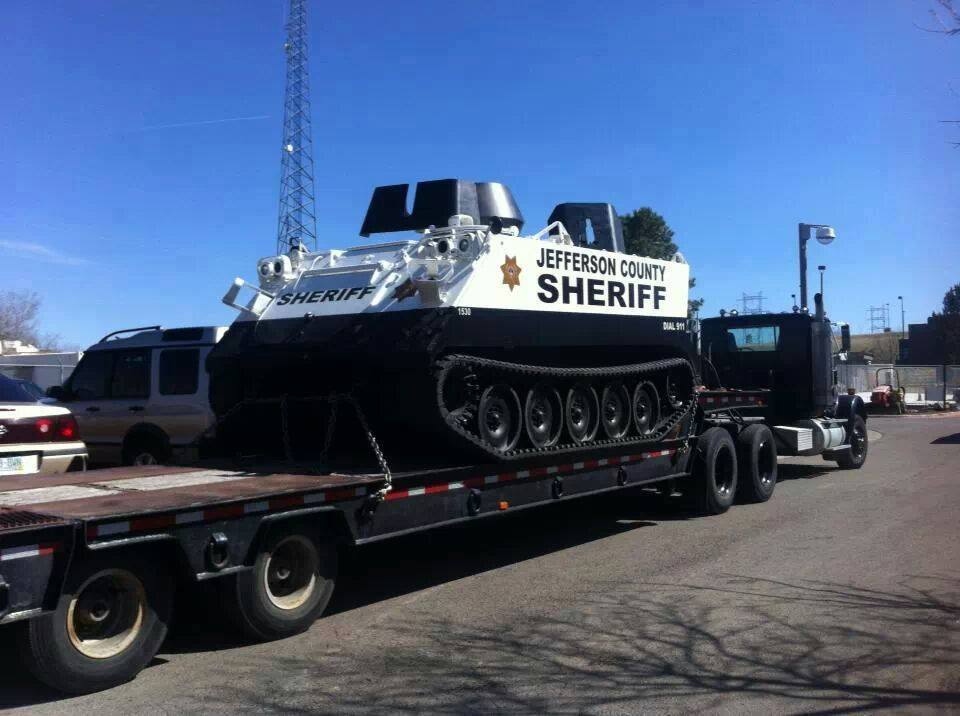 Other than riot control.  Other than "rolling" over the common man.  Other than using military muscle to remove your rights physically.  I cannot think of any reason why they would need such a violent weapon.

THE SHERIFF IS AMERICA LAST LINE OF DEFENSE!

THE SHERIFF IS AMERICA LAST LINE OF DEFENSE!

Sheriffs called out to fight the law


Local officers predicted to be key to preventing gun confiscation

An Email to Send to Your County Sheriff

I read with baited breath; "Anthony G. Martin - North St. Paul News"  article that was posted somewhere on this site by Anthony J Thannisch.    I hesitantly (hopefully) question his source for this statement;

"Second, sources state that the Roberts court has quietly accepted information concerning discrepancies in Obama's history that raise serious questions about his eligibility for the office of President. The charge goes far beyond the birth certificate issue. This information involves possible fraudulent use of a Social Security number in Connecticut, while Obama was a high school student in Hawaii. .."

I hope and pray it is true but Justice Clanence Thomas is on record as saying the Supreme's are avoiding the issue.    I've spoken with Attorney Orly Tiatz a week ago since Sheriff Joe Arpaio has gone public with his Cold Case Possee and has valuable expert evidence that she could use next MONDAY.  According to her, Sheriff Arpaio is just trying to sell books and has refused to appear as her witness so I have been trying to put pressure on Sheriff Joe Arpaio out here where I live to appear April 16th (next Monday) in a Circuit Court in Mississippi and be a witness for Orly Tiatz in a lawsuit she is involved in concerning Obama eligibility.  (She's filed a dozen or so eligibility lawsuits for different people and all Judges to date have thrown them out for one reason or another).  If it is denied or thrown out, she can appeal to the Supreme Court from there.  Hoping to get Arpaio's evidence recorded in a court of Law!