Remember the hit song by Marvin Gaye, “What's Going On”? Patriots, what the heck is going on with U.S. public schools and our kids? There is a deliberate effort to diminish our children's respect for God, country, freedom, liberty and our culture. The schools are BANNING, in essence, Christianity, patriotism and individualism.

U.S. Open, NBC cuts 'Under God' from Pledge of Allegiance

High school Valedictorian, Banned from saying "How God changed my life" in his speech. http://bit.ly/mBxha7

Meanwhile, celebrating Gay and Lesbian Pride Day is considered an important part of the public school curriculum. http://bit.ly/m5qcqw (This video will blow you away!)

While I can not confirm how wide spread, I do know many public schools are filling our kids' minds with a belief system opposite of their parents. The public schools' “Operation Dumb Them Down” is step one in preparing our children to drink their socialist/globalist kool-aid.

“In the 60-70's The Anti-War, Anti America, anti-family, anti-religion youth were prompted into the teaching profession as a way to beat the draft. Teaching was a draft exempt profession.
We (myself included) learned the works of Marx and Dewey and how to get this message to our students.
We were taught to lie, use psychology, break down the family, separate children, promote the environment, and treat boredom with drugs.
We were taught to use subliminal messaging to instill ideas not factual information, this is called indoctrination.
We were also taught divide and conquer techniques and to discuss class warfare pitting one group against the other. (Obama is a master at this technique. He demon-izes achievers.)

I taught the worst classes in Brooklyn with over 35 kids in a class and my students sat on the stage to get honors at graduation.
It is the curriculum, that is the only problem. I fought my principal about the failing of this new curriculum until I had to leave.
Reading, math, writing, critical thinking, logic, reason and factual information has been stripped out of our schools.
Factual information regarding American history, civics, economics, nationalism, family values, religion are no longer found in schools.
Cognitive thinking through consensus is now the norm.

The goal is dumb students=dumb citizens = dumb legislators who will pass horrific bills without reading them.

As you know the poor and minorities will be the biggest losers as generation upon generation will be nothing more than indentured servants working for crumbs doled out to them by the government through continued generations of people on entitlements.  People are taught to be entitled and accept their minimal slot in life. (Witnessing the devastated lives and early deaths of several of my relatives, I can testify about the tragic consequences of government replacing daddy in the black family.)

It is no surprise there is no outrage on the debt, these schools are teaching that the more debt you have the more prominent you are...”

Parroting Marvin Gaye, I ask, “What's going on”? Answer: the public school agenda is to steal generations of our children turning them into useful idiots. They promote socialist programs, social justice, world citizenship and destroying any concept of American as a sovereign nation. In a nutshell, they're going after our kids, folks! They must be stopped.

Again, I thank God for TEA For Education, a non-profit. Here are excerpts from their Mission Statement.

Yes, That's what I am talking about! Patriots, we must rally around these good guys and support them. If you feel lead, get involved.

What is going on in our schools is un-American and evil.

“The only thing needed for evil to prosper is for good men to do nothing.” Edmund Burke

Taking back America includes taking back our kids. 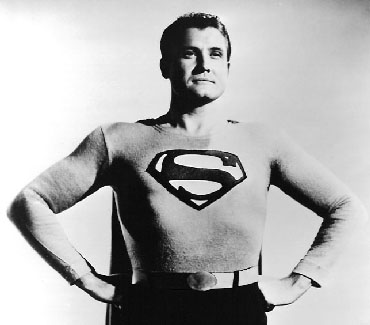 Patriots, I am heart broken and extremely angry. TEA for Education, a non-profit, invited me to a viewing of the documentary, “Waiting For Superman”. Wow, talk about powerful. I realize many of you are familiar with this movie, but many are not.

The movie exposes how America's public education system is about keeping the teachers unions fat and happy at the expense of our kids. The devastating affect on the lives of “real people”, students and their parents is infuriating.

Despite what libs would have you believe, we spend a ton of money, per child, on education. And yet, public school test scores continue to plummet. Your money is not going to teachers, it is going to bureaucrats and union dues. The democrat party receives 90% of teachers unions political contributions.

The movie exposes, “The Lemon Dance” a term used by education insiders. Every public school has bad (lemon) teachers. The teachers unions make it almost impossible to fire them. A frustrated principal, once a year, can send his lemon to another school. Hopefully, the new lemon another frustrated principal dumps on him will be a little better than what he had. Thus, The Lemon Dance.

Folks, as I said, the movie made me angry, but not with an anger which causes me to behave badly. I have a healthy righteous anger which inspires me to do something to encourage positive change. I could not wait to tell you about this extremely important and moving film.

For decades, liberals have been selling the myth that urban minority kids surrounded by drugs, poverty, gangs and crime simply can not learn. The typical liberal so-called compassionate solution was to lobby to lower standards and not expect much out of them.

Any conservative who suggests giving minorities the respect and dignity of holding them to the same academic standards as whites is branded an insensitive racist.

“Waiting For Superman” knocks the liberal myth into the stratosphere that urban low income minority students are doomed to failure. The film documents that given the proper expectation, attention, discipline and good TEACHERS, low income inner city minority students test higher than ALL students; including white kids in wealthy neighborhoods.

The national black student high school dropout rate is around 70%. In many New York City minority communities only 17% of blacks graduate public high school. This is horrifically scandalous. http://bit.ly/k8uwfX

Meanwhile, the liberal media, NAACP, Jessie Jackson and company are united in their mission to protect teachers unions. Why? The teachers unions are great financial contributors to the democrats and are in complete solidarity with the left's socialist/progressive agenda.

Sometimes God gives us great gifts in ugly packages. I was devastated when Obama won the presidency. I knew he was wrong for America.

Today, I thank God for our most far left radical president in American history. Patriots have been passively submitting to political correctness and tolerating failed liberal policies for years.

Upon entering the Oval Office, Obama immediately began fulfilling his vow to “fundamentally transform America”.This was the liberal straw that broke the camel's back. Rather than throwing their televisions out of the window yelling, “I'm mad as hell and I'm not going to take it anymore”, Americans began having tea parties. Thus, Obama birthed the Tea Party.

TEA For Education is a perfect example of which I speak. Unopposed for far too many years, the left has been indoctrinating our kids focusing on “Heather Has Two Mommies” and “going green” while almost ignoring the teaching of reading, math and science.

Also seen in the movie, I was shocked to learn how far down the list U.S. students are testing in reading, math and science compared to the rest of the world. Truly disheartening.

And yet, our kids are well educated about how America and white males in particular, are the greatest source of evil in the world. This is unacceptable and infuriating.

I would like to give a special “shout out” to TEA For Education Florida rep, Rhonda Lochiatto and national rep, Beverly Elliott for inviting me to the viewing. Patriots across America truly appreciate your efforts. God bless you both for your compassion and commitment to our kids.

Anger is not always a bad thing. As a matter of fact, certain things should make you angry; such as the injustice of extremely bright black and Hispanic students being trapped in failing schools because of selfish teachers unions.

The Bible says, “Be angry, but sin not.”

Patriots, I pray that “Waiting For Superman” will inspire a righteous anger, not to behave badly, but passionately seek to correct the left's horrific assault on our children.