Father God, we ask that you can once more come to the aid of America. For we have lost our way and are struggling in the darkness. Many have been separated from you for too long. We remember how you have walked by our side so many times in our glorious history as a faithful and supporting friend to our republic. And at the same time you blessed us and our families as citizens of your reverent and respectful nation called America. We long for the recovery of our blessed nation to the goodness and beacon of truth and freedom that it once was.

Now our country is controlled by dark and retched men. Hijacked by despots and those who practice un clean and perverted life styles. Many of our citizens and leaders are an abomination to you O Lord. Our White House has been occupied and controlled by dark and satanic forces. Our leader has turned his back on you and your love and wisdom. We as a nation have been separated from you by the will of the evil one.

Lord we ask your help and ask you to have mercy on America. Give the faithful the opportunity to drive Satan out of the White House and out of our land. Guide our hand in the coming battles and help restore us to a great and Godly nation again. 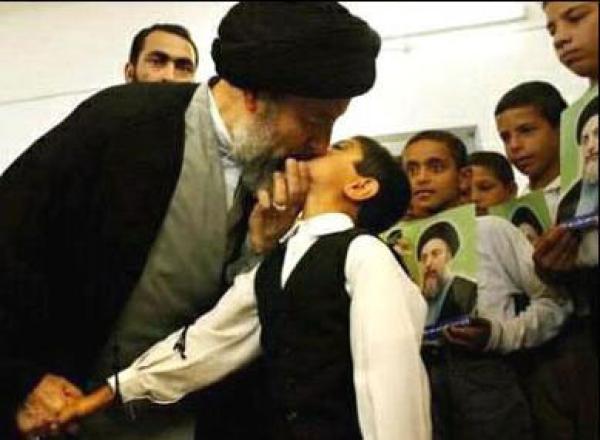 The Homosexual agenda is being taught to our children in the public schools. Not only as a different life style but a pride full adventure for them to explore and partake in. While doing a research project on the Homosexual agenda and so called gay rights I discovered what the gays really want with their so called rights.

upset me. The following information is available in reports and documentary on line and event on You Tube. After trying to debate and have an exchange of opinion with many homosexuals if forums on line I finally realized what a perverted and horrible danger these mentally deranged sex maniacs are. I never imagined their agenda was so dangerous to families and children.

The most shocking fact I found is Obama's appointee Kevin Jennings as Czar of Safe Education in America. The fact is that Obama appointed this person and knew he was a Gay rights activist and a member of NAMBLA (North American Man Boy Love Association). This sick and perverted organization of child molesters and Pedophiles is a solid part of the gay rights movement. Supported by the national Gay rights moment and agenda. MAMBLA is now a guest in Gay rights parades and national gay rights gatherings across America!

What is this telling us? It is telling us that Obama is not only a gay rights activist but he is a full supporter of NAMBLA and the homosexuals right to molest and sodomize our children. Obama knew his czar appointee was a child molester and NAMBLA supporter and still chose him as school safety czar! Obama well knows the sick goal of NAMBLA and it being under the gay rights movements rain bow flag!...Obama is not only a tyrant, communist and supporter of Islam but now he is a supporter of Homosexual child molestation and sodomy! This conclusion is based on hard facts and evidence available for everyone to see on line and on You Tube reports and documentary. Now this knowledge is there for everyone to see!

In my research I found Obama was a full blown practicing Homosexual when he was younger and a student. Along with a avid drug user. This would explain his fanatical support for Homosexuals and promotion of his and the national Gay rights agenda. Now all the madness is starting to make sense!

It would seem that this twisted and perverted agenda is one of the biggest threats to America, children and families. Now the rainbow flag of the aggressive Homosexuals is casting a dark shadow over our land. The satanic and false doctrine of same sex marriage is being accepted and forced state by state. Our children are not safe in public schools from the brain washing and perverted programming nor as far as I am concerned the perverted hands of homosexuals. God help us all...the gay rights movement is not about anyone's rights. The Constitution grants no rights to perversion and sodomy! Gay rights is about destroying Marriage, families and children!

Parents, I urge you to remove your children from the public schools. I know that is not easy, but the safety and spiritual well being of our children must be first priority. I also urge you all to fully understand the wickedness and unbelievable Demon that sits in Our White House! He must be stopped. We must not let this continue.