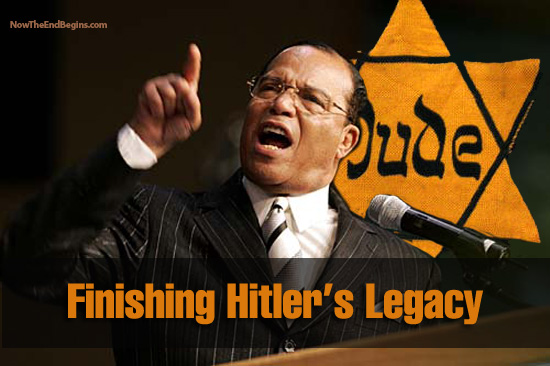 Louis Farrakhan According to the history of the white race, they are guilty of making trouble, causing war among the people and themselves ever since they have been on our planet earth,” Farrakhan read. “So, the God of the righteous has found them disagreeable to live with in peace and has decided to remove them from the face of the earth.” God does not have to tell us that they are disagreeable to live with in peace; we already know, for we are the victims of these troublemakers. Allah will fight this war for the sake of his people [the black people], and especially for the American so-called Negros.

And now I say to the Pope and all the lovers of Jesus, if you desire let’s have a showdown. You’ll said the Jesus that you know and I’ll call on the Jesus that I know and let’s see which one of us really knows Jesus.

The Abomination Louis Farrakhan is a Devout muslim and muslim brotherhood member and sympathizer, he is head of the evil nation of islam!! 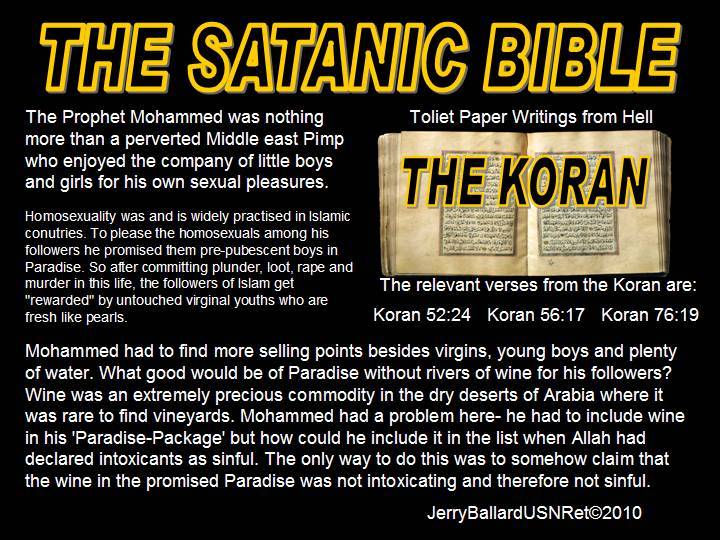 But there were false prophets also among the people, even as there shall be false teachers among you, who privily shall bring in damnable heresies, even denying the Lord that bought them, and bring upon themselves swift destruction.

“And unto the angel of the church of the Laodiceans write; These things saith the Amen, the faithful and true witness, the beginning of the creation of God; I know thy works, that thou art neither cold nor hot: I would thou wert cold or hot. So then because thou art lukewarm, and neither cold nor hot, I will spue thee out of my mouth.” ( Revelation 3:14-16 KJV 1611 AV )

Pastors that are really wolves in sheep’s clothing

You knew this day was going to come, when the LIBERAL “love gospel” preachers who, desiring to fill their seats and bank accounts, would find a way to merge apostate Christianity with the Devil’s religion of Islam. That day is here. 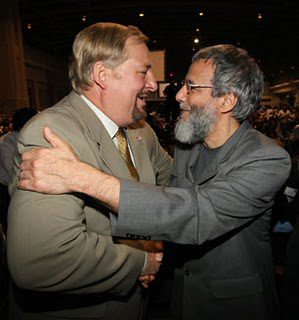 ( Rick Warren & Cat Stevens aka now Yusuf Islam above picture is a a DEVOUT evil Muslim )!!

IN 2009, Rick Warren, founder and pastor of Saddleback Community Church in Orange County California, addressed the convention of the Islamic Society of North America. Warren stated that Muslims and Christians must work together to combat stereotypes, promote peace and freedom, and solve global problems. Christians and Muslims – faith mates, soul mates and now work mates! Chrislam! 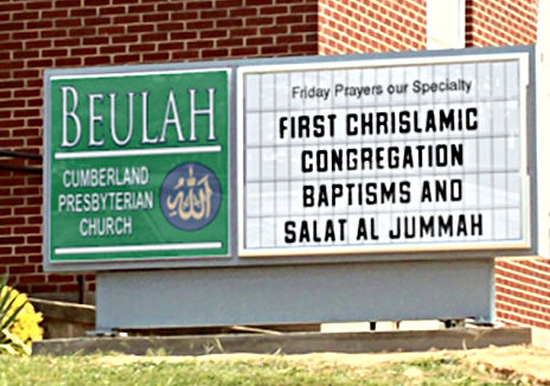 The sign may be Photoshop, but the message it carries is all too real. Chrislam must be stopped now. If your church teaches this heresy – run!

The concept of Chrislam, now embraced by such preachers as Rick Warren and Robert Schuller, appears to have emerged from a program on the meaning of “love your neighbor” at Grace Fellowship Church in Atlanta, Georgia “In 2001, like most Americans, we were pretty awakened to the true Islamic presence in the world and in the United States,” says Jon Stallsmith, the outreach minister at Grace Fellowship. “Jesus says we should love our neighbors. We can’t do that without having a relationship with them.” 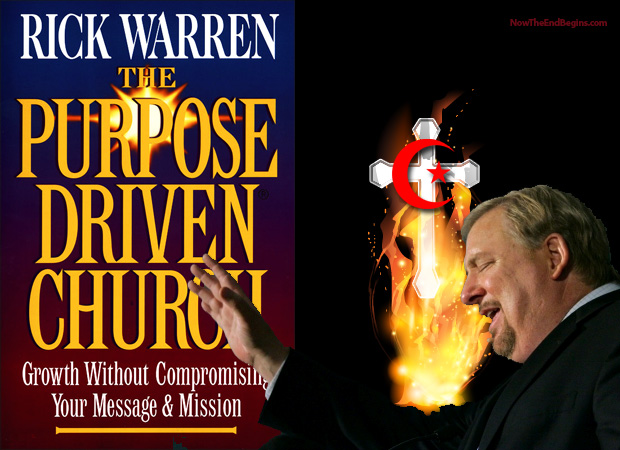 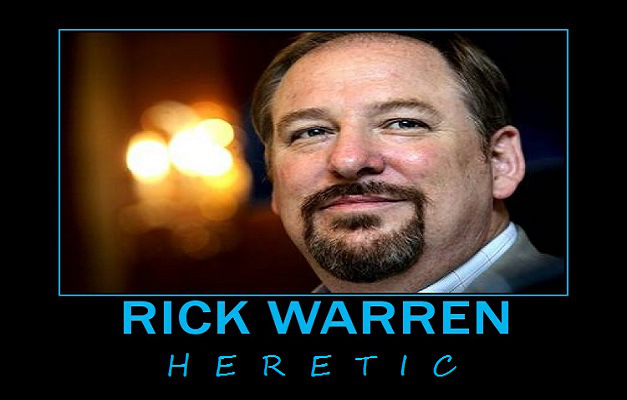 ( Rick Warren is a FALSE Prophet and a Heretic LIAR!! )

Stallsmith maintains that a rapprochement between Muslims and Christians can be achieved by the fact that Jesus is mentioned twenty-five times in the Quran.

The Chrislam movement has gained impetus by statements from President George W. Bush and that Christians, Jews, and Muslims all worship the same God and by Rick Warren’s reference to Isa (the Muslim name for Jesus) in his prayer at the inauguration of President Barack Obama. Only 30 percent of Americans have a favorable view of Muslims, according to a Pew Forum poll. At the same time, more than half the country says they know “not very much” or “nothing at all” about the Islamic faith.

The recent political developments and the fact that we’re fighting two wars in Muslim countries should sharpen that need to know how to talk to these guys,” Stallsmith insists “We want to find peace, reconciliation around a scriptural understanding of Jesus.”

Jesus in the Quran is neither the only-begotten Son of God nor the Messiah who was divinely appointed to restore the House of David. He is rather viewed as a prophet who was appointed by Allah to prepare mankind for the coming of Muhammad.”

Christlam and Muhammad and Allah are ALL FALSE RELIGIONS and FALSE Prophets!! Be AWARE of FALSE PROPHETS in SHEEP’S CLOTHING!! 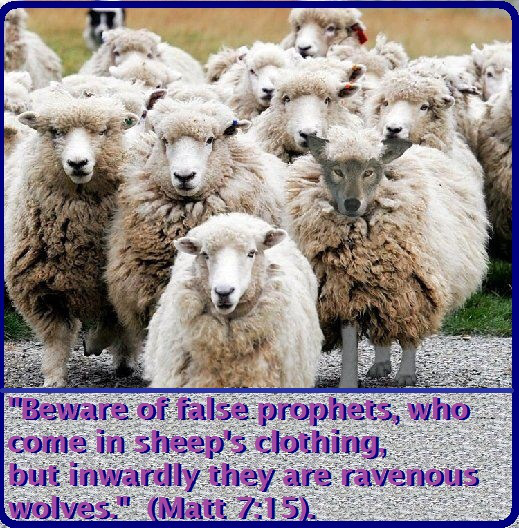 Beware of false prophets, which come to you in sheep’s clothing, but inwardly they are ravening wolves.