If we lived in a time where we had a free unbiased government, press, and news media, it wouldn't matter, would it?    Well, we are neck deep in overwhelming tyranny, and any word or sentence posted by anybody about a citizen, can and will be mined by progressives, our out of control government, government's media, or any other pervert to take it in or out of context to destroy anyone they want to destroy!     Facebook tries like no other to know EVERYTHING about you and everything anybody says about you.   So, if you or someone else enters t-party "anywhere" and mentions blowing up a balloon at a birthday party & you miss the "L" key, don't be surprised if the FBI, SWAT teams, & NBC surround your house & machine gun the dog if it barks!

Please fix it so members can post without inviting the Obamanation into the bedroom!

What a stark reminder from history that intimidation was used to enslave a country.  The citizens lived in fear that they wold have uninvited thugs in their homes threatening them with violence if they did not cooperate.

Neighbor turned on neighbor and children spied on their parents. Make no mistake this could happen to any Nation if the wrong people are in power.  The citizens must be alert and proactive to defeat any actions that would constitute dictatorial policies by their own government.

Check out this video and even though it's from a movie you'll see a depiction of the SS tactics . 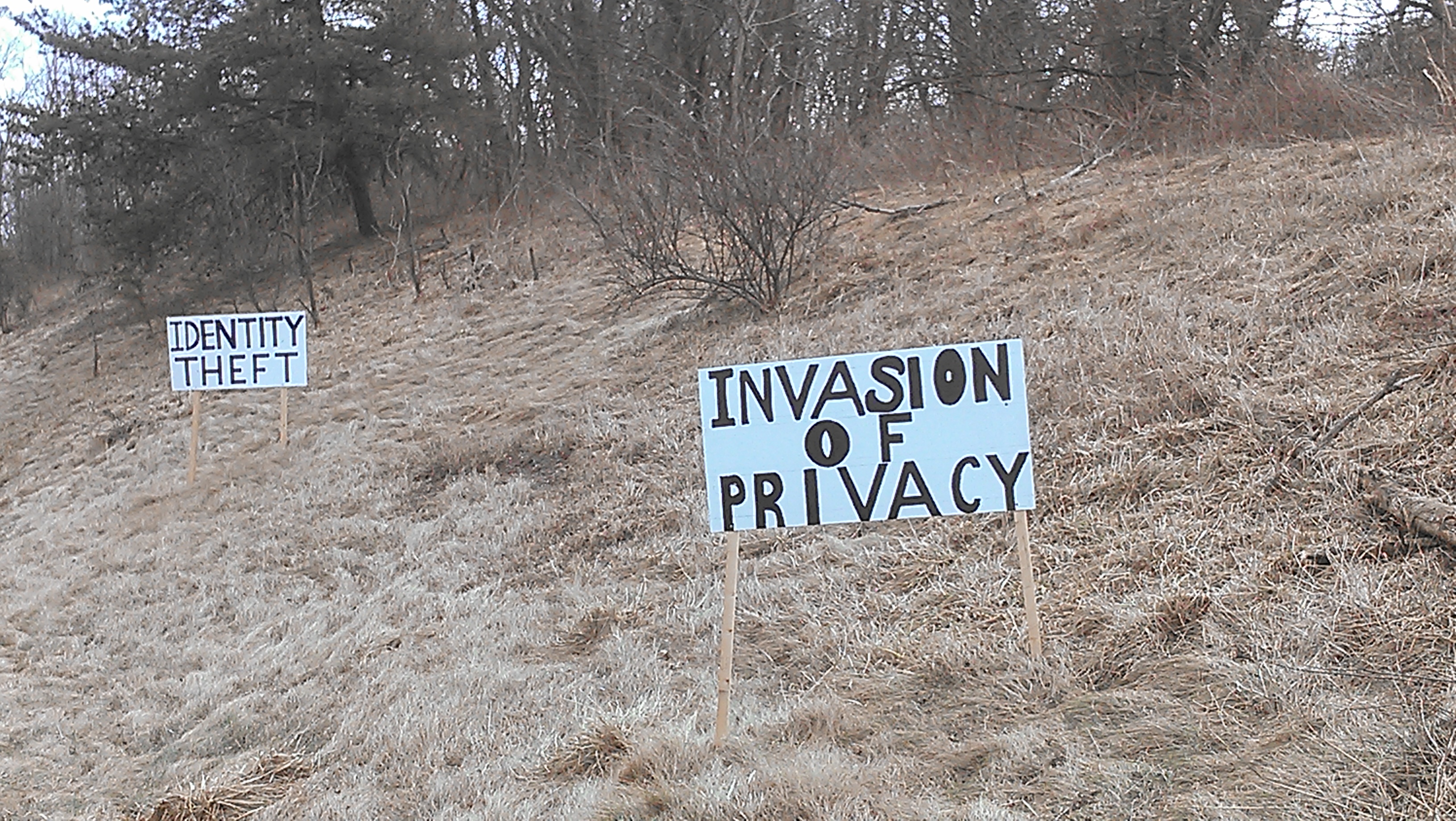 No more privacy and no where you can go to enjoy your personal privacy.  Now you know who's watching you and just how much they can see from a drone.  The real question is who is watching the watchers to ensure they do not violate our rights.

We must take a stand against this invasion of privacy under the guise of Homeland Security.  Contact your congressman and senator immediately to demand they take action against spying on US citizens now.  The time to take a stand is now because our constitutional rights depend on our vigilance every day.

As rare as it is for the Senate to have anything resembling a debate on a civil liberties issue such as privacy and government surveillance, there was a minimal amount of coverage in the establishment press of the reauthorization of the FISA Amendments Act (FAA). The law, which allows warrantless surveillance, was reauthorized for five more years on December 28.

Minimal coverage of a topic often means that a wire service’s report becomes one of the more widely circulated accounts of what transpired. (That is how it often goes with coverage of the court martial of Pfc. Bradley Manning, the soldier the military is prosecuting for allegedly providing classified information to WikiLeaks.)

Larry Margasak did the wire story for the Associated Press. It deserves to be deconstructed because it is misleading in ways that benefit the government.

First, Margasak writes, “The Senate gave final congressional approval Friday to a bill renewing the government’s authority to monitor overseas phone calls and emails of suspected foreign spies and terrorists – but not Americans -without obtaining a court order for each intercept.” The “not Americans” is emphasized in such a way that would leave one thinking any suggestion that Americans could be swept up in surveillance is simply wrong or the talk of a conspiracy theorist. The reality is some of the more significant abuses of power in the history of surveillance in America have occurred under the guise of targeting only foreign targets.

In 1975, the Church Committee reviewed the surveillance operations of intelligence agencies and concluded there had been widespread abuse of Americans’ civil liberties. It led to the establishment of the Foreign Intelligence Surveillance Court to prevent intelligence agencies from committing abuses like the ones discovered by the Committee. According to former members, the FAA “enables the government to circumvent entirely the original FISA protections deemed essential to the protection of Americans’ basic rights.” They add, “Some of the most serious abuses discovered by the Church Committee involved the warrantless surveillance of American citizens under the pretext of targeting foreigners.”

From an amicus brief filed in support of a lawsuit challenging the warrantless surveillance law, which the Supreme Court is hearing:

The FAA abandons FISA’s requirement that an individualized order issue after meaningful judicial review of the basis for the government’s request. And it circumvents the FISC’s power to engage in continued oversight of ongoing surveillance. Instead, the FAA permits the executive branch to initiate a generalized, mass surveillance program for up to one year, encompassing any communications entering or leaving the United States in which one or more unspecified targets arebelieved to be non-United States persons located outside the United States. In place of the detailed judicial review of the claimed justifications of individual surveillance activities, the FAA limits the FISC to a review that is perfunctory…

It is not as evident as Margasak makes it seem that Americans are not being caught up in surveillance. The point of the “debate” on Thursday and Friday was that senators do not know. Intelligence agencies refuse to provide information so they can tell if privacy safeguards are working or not. And, as far as some senators are concerned, there is nothing stopping employees or agents from sifting through a pile of communications for information on a person in the US without probable cause.

Second, one must take issue with this sentence, “The Senate majority rejected arguments from an unusual combination of Democratic liberals and ideological Republican conservatives, who sought to amend the bill to require the government to reveal statistics showing whether any Americans were swept up in the foreign intercepts.” Is it unusual for these people to come together? Margasak should look at previous votes on civil liberties issues. He might find that there is often bipartisan support for protecting civil liberties and upholding the Constitution and the rule of law between factions of both parties.

Furthermore, why are the Democrats who supported amendments “liberals” and the Republican conservatives that supported the amendments “ideological”? Might the Democrats be just as “liberal” as the ones who voted for reauthorization? And might the Republican conservatives, who dutifully served the intelligence community and the Obama administration, be just as “ideological” in their devotion to so-called national security? These words seem extraneous, there to marginalize the people who chose to take a stand and engage in a day of debate on December 27.

Margasak quotes Justice Department spokesperson Dean Boyd who said ”communications collected under the program ‘have provided the intelligence community insight into terrorist networks and plans’ and have ‘directly and significantly contributed to successful operations to impede the proliferation of weapons of mass destruction and related technologies.’” He also claimed, “Intercepted communications also revealed potential cyber threats against the United States, including specific potential computer network attacks.”

That is all well and good except it is mostly irrelevant to the debate that occurred in the Senate. No US senator stood on the floor suggesting the FAA needed to be done away with and allowed to expire. Each spoke about what they believed to be the very real threat of terrorism to America and was more than willing to show extreme deference to the intelligence community if only to get a modicum of oversight. So, a relevant quote to what transpired would have specifically addressed why the oversight being requested by senators like Sen. Ron Wyden of Oregon was unreasonable.

Margasak writes that Sens. Dianne Feinstein of California and Sen. Saxby Chambliss of Georgia sparred repeatedly with Wyden, “who held the bill up for months until he was allowed to argue on the Senate floor that Americans’ civil liberties were in danger under the law.” Why did he have to place a hold on the bill to get one day of debate? Why didn’t Margasak or anyone else from AP get this question answered? It would seem relevant to the fact that this debate was happening four days before the law was set to expire.

The recounting of Wyden’s statements are appropriate. However, some of them are cast as being directed at Feinstein from a “fellow liberal.”

Finally, there is no problem with quoting Feinstein or Chambliss and repeating regulations in the law like, for example, the fact that the “surveillance court approves annual certifications submitted by the attorney general and the director of national Intelligence that identify certain categories of foreign intelligence targets,” however, at no point in the story does he highlight the fact that the rulings by the FISC are secret. Though Margasak does describe the FAA program as “classified,” there is no attention paid to how the court is making secret interpretations of surveillance law that are kept secret from Americans and the American people are not being allowed to see how a secret court is interpreting the law in relation to the Constitution.

Also, the notation on Feinstein speaking about the number of terrorists arrested between 2009 and 2012 says “some of them” were arrested because of the “surveillance program.” Feinstein never said whether these people were caught because the government has surveillance capabilities or because the government has expanded warrantless surveillance powers under the law. She simply spoke about the law and arrests in the same breath creating the illusion that this was the case.

It is classified so no person in the public can really know if the program’s warrantless surveillance is benefiting national security specifically. No senator is likely to talk about methods used to catch specific individuals under the purview of the program, but Margasak should be more careful in his characterization of the benefits of this program to protecting so-called national security. And, again, this talk about how it had helped intelligence agencies uncover terrorists was a distraction because no senator was calling for the abolition of the program built under the law.

Techdirt posted leaked Obama administration talking points on amendments to the FISA reauthorization bill yesterday. Many of them were parroted by Feinstein on the Senate floor during debate.

Julian Sanchez of the Cato Institute appeared on “The Rachel Maddow Show” to talk with Ezra Klein, who was filling in for Maddow. It is worth viewing since it was virtually the only news segment on broadcast television on the law’s reauthorization.

In a secret government agreement granted without approval or debate from lawmakers, the U.S. attorney general recently gave the National Counterterrorism Center sweeping new powers to store dossiers on U.S. citizens, even if they are not suspected of a crime, according to a news report.

Earlier this year, Attorney General Eric Holder granted the center the ability to copy entire government databases holding information on flight records, casino-employee lists, the names of Americans hosting foreign-exchange students and other data, and to store it for up to five years, even without suspicion that someone in the database has committed a crime, according to the Wall Street Journal, which broke the story.

Whereas previously the law prohibited the center from storing data compilations on U.S. citizens unless they were suspected of terrorist activity or were relevant to an ongoing terrorism investigation, the new powers give the center the ability to not only collect and store vast databases of information but also to trawl through and analyze it for suspicious patterns of behavior in order to uncover activity that could launch an investigation.

The changes granted by Holder would also allow databases containing information about U.S. citizens to be shared with foreign governments for their own analysis.

A former senior White House official told the Journal that the new changes were “breathtaking in scope.”