WE THE PEOPLE MUST KNOW THE TRUTH AND HAVE PROOF THAT OUR LEADERS ARE NOT PLANNING TO REMOVE GOD, AMERICA VIRTUES AND OUR SOVEREIGNTY.

I SEEK ANSWERS THAT HAS BOGGLED OUR MINDS AND SOULS FOR THE PAST 15 YEARS OF TERROR AND ANGER FROM OUR GOVERNMENT REPRESENTATIVES LACK OF INFORMATION AND TRUE KNOWLEDGE OF THE EVENTS OF 911 ATTACKS ON AMERICA.

THEREFORE, I TOOK THE LIBERTY TO COMPILE ALL THE DATA FOR YOU IN MY NEW WEBPAGE BLOGS WITH CONCISE AND TRUE UNDERSTANDING OF THE PERPETRATORS AND TRAITORS ACTIONS OF CAPITAL CRIMES AND CORRUPTIONS AGAINST OUR NATION OF THE USA.

YOURS MINDS AND SOULS WILL BE TOUCH BY THE UNTHINKABLE ACTS OF EVIL. JWS

The investigation by the Committee found documents revealing that the DOJ actively partnered with the FDIC in the prosecution of the infamous "Operation Choke Point." FDIC’s participation in Operation Choke Point included requests for information about the investigation, discussions of legal theories and the application of banking laws, and the review of documents involving FDIC-supervised institutions obtained by DOJ in the course of its investigation. FDIC also originated the list of “high risk” industries included in the DOJ subpoenas. Documents provided to the Committee also show that senior leadership at the FDIC opposed certain industries on purely moral and political grounds.

The Chairman of the House Government Oversight Committee issued a scathing statement denouncing the FDIC and DOJ:  “It’s appalling that our government is working around the law to vindictively attack businesses they find objectionable,” said Rep. Darrell Issa.  “Internal FDIC documents confirm that Operation Choke Point is an extraordinary abuse of government power. In the most egregious cases, federal bureaucrats injected personal moral judgments into the regulatory process. Such practices are totally inconsistent with basic principles of good government, transparency, and the rule of law.”

Key findings by the Committee include:

2)  Documents produced to the Committee reveal that senior FDIC policymakers oppose payday lending on personal grounds, and attempted to use FDIC’s supervisory authority to prohibit the practice.  Personal animus towards payday lending is apparent throughout the documents produced to the Committee.  Emails reveal that FDIC’s senior-most bank examiners “literally cannot stand payday,” and effectively ordered banks to terminate all relationships with the industry.

3) In a particularly egregious example, a senior official in the Division of Depositor and Consumer Protection insisted that FDIC Chairman Martin Gruenberg’s letters to Congress and talking points always mention pornography when discussing payday lenders and other industries, in an effort to convey a “good picture regarding the unsavory nature of the businesses at issue.”

4) FDIC equated legitimate and regulated activities such as coin dealers and firearms and ammunition sales with inherently pernicious or patently illegal activities such as Ponzi schemes, debt consolidation scams, and drug paraphernalia.

Most Second Amendment advocates noted that Operation Choke Point was nothing more than a backdoor effort to put gun stores out of business.

Hard to sugarcoat what was for me a launching disaster.

On the 16th, flash floods, heavy rain and cold winds ushered in what, at best, can be described as an anemic OAS turn-out on the Washington Mall. Though we put our best face forward, the acute disappointment—indeed, the dismay-- among the few hundred OAS participants was palpable.
Owing to the paucity of participants--variously reported as  somewhere between 324 to 2,000--it was often difficult to even locate the rally amid the throng of tourists which dwarfed the number of OAS participants on the Mall.

Once the weather cleared, we cautiously anticipated an appreciable uptick in participant numbers on Saturday, the 17th. But, alas, the weekend "crowd" was no less anemic.
Though we met some stalwart and energized patriots from all over the country and enjoyed a pleasant meeting with Col. Riley at the Washington Monument—he actually remembered me—my companions and I couldn’t shake our painful disappointment.
Among OAS participants, here are some of the refrains, or variations thereof, we so often heard: “What happened? “I can’t believe this.” “So where are all those patriots?” “This is scary.” “This is terrible.” “This is embarrassing.”  “This sucks.” “I’m pissed. Doesn’t anyone care?” “This is ridiculous.” And the most poignant: “It really is all over, isn’t it.” “Man, are we in trouble.”
Recalling what appeared to have been a sizable and determined internet base of supporters and prospective participants, the dismal OAS showing was both surprising and mystifying to us all.
So, what DID happen?
While speakers from among the participants added some congealing fervor, I couldn’t help shake the notion that high-profile patriotic speakers may well have encouraged more participation, more clout. Apparently, even patriots like to be “entertained”. But, that's only speculation.
Also, I can't ignore Glenn Beck's mischaracterization of OAS as "irreponsible and dangerous", and who, onThe Blaze, equated OAS with the 1848 Marxist "Spring of Nations", describing OAS hearts as "cold and hard". That ringing endorsement did little to rally supporters. And then there were other “conservative” personalities and bloggers who described the event as a “coup”. Wow!

Coupled with a virtual media black-out leading up to the May 16th launch, I naturally wondered if the cacophony of negativity from the right hadn't, in fact, fatally undermined the OAS effort from the start. In this vein, I wondered if it was possible that self-destructive and narcissistic turf wars among patriotic organizations  and personalities on both the local and national levels may have materially contributed to the discouraging OAS launch. OR was it simply a matter of “sunshine patriots” doing what they do best: whine and complain, but ignominiously failing to get off their dead asses and be counted? Well, from my lowly perspective, all of these toxic factors most certainly contributed to the lackluster launch.
If there is a lesson here, for me it is this: if there is no fire in the belly of patriots, no sense of urgency, no recognition that only convincing action—not blog posts and commentary alone--can turn the Marxist tide, then the OAS  effort will continue to limp along to little or no avail and the country’s downward spiral into a fetid socialist abyss will be irreversible.
So, in short, and despite the single-minded leadership of Col. Riley and the dedication of  OAS organizers and participants alike, the OAS launch was extraordinarily disappointing and, for me, it does not bode well for the Republic's survival.
Happily, Col. Riley, undeterred, intends to push forward with the hope that real patriots from around the country will eventually step up and be counted, failing which, folks, it REALLY is all over.
Read more…

A retired United States Army colonel expects as many as 30 million like-minded individuals will descend on Washington, DC this week and demand that President Barack Obama and other members of his administration be booted from office.

Those are just some of the demands that Col. Harry Riley, founder of “Operation American Spring,” said he’ll ask the Obama administration to adhere to when militia members and patriots of all sorts arrive in the nation’s capital on Friday and begin demonstrating against a government the group considers to be in violation of the principles established by the founders of the country.

“We are calling for the removal of Barack Obama, Joe Biden, Harry Reid, Mitch McConnell, John Boehner, Nancy Pelosi and Eric Holder as a start toward constitutional restoration,” Riley told the Before Its News website during an interview earlier this year.

POLL: Do you believe that Congress is for sale to the highest special interest group bidder?

“They have all abandoned the US Constitution,” he said, and “are unworthy to be retained in a position that calls for servant status.”

Riley told Before Its News in January that he expects his Operation American Spring movement will provoke anywhere from 10 million to 30 million Americans to mobilize this week and arrive in DC, where they will participate in a “massive, gigantic effort as a last stand before America moves into a more devastating condition.”

“For more than five years, ‘we the people’ have been writing, calling, faxing Congress, the media, screaming in town halls, marching, rallying, demonstrating, petitioning, all to no avail,” he said. “Every branch of government looks at ‘we the people’ whom they have taken an oath to serve, as ‘pests,’ interfering with their political agenda, cramping their self-serving, greedy agendas. We have no faith in the ballot box any longer, as many believe this sacred secret box has been compromised.”

We are supporting Operation American Spring, and would like to combine forces for a big operation July 4th.

I would like your assistance in setting up a Nation Wide Car Pooling Blog, for people who have cars, and are joining with “Operation American Spring” in Washington D. C.

Riders and potential gas donors could be matched to people with cars, who are mobilizing! Millions more patriotic Americans could rally – to join the protests in Washington D. C.

Millions of concerned citizens could get together through your website, and assist each other with mobilization problems.

By utilizing the Discussion, Event and Blog features of your website, we could enable tens of millions of people to converge on Washington D. C., for the Fourth of July!

Let’s get rid of the crooks in Washington, and get to the Truth. 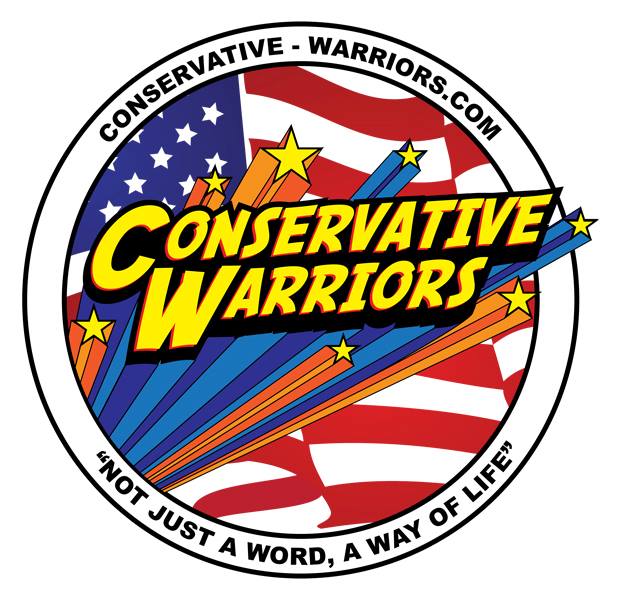