The most important battle in politics today is the one within the Republican Party, and the tea party movement didn’t start it. The GOP’s civil war began in 1912 when Teddy Roosevelt made progressivism the governing philosophy of the Republican establishment.

For the 102 years since, the conflict has been between limited-government constitutional conservatives and the proponents of big government — and the big spending that goes with it.

It has been waged with conservative Republicans, such as Sens. Robert A. Taft, Barry Goldwater and Jesse Helms, on one side, and big-government Republicans, such as Presidents Dwight Eisenhower, Richard Nixon and Gerald Ford and New York Gov. Nelson Rockefeller, on the other.

JEFFERSON CITY, Mo. – A bill that would triple Missouri’s waiting period for an abortion has passed the General Assembly and could become law if Democratic Gov. Jay Nixon’s “profound concerns” about the measure don’t lead him to veto it.

“The bill … would require a woman to wait 72 hours after visiting a doctor seeking an abortion to have the procedure. Current law requires a woman to wait 24 hours after the doctor provides information about the abortion procedure, potential risks involved, including the possibility of a loss of ability to become pregnant in the future, and information about alternatives to abortion.”

Missouri would join Utah and South Dakota as the only states with a three-day waiting period for abortions.

“This is going to give people the proper time to actually think about what they’re doing,” said Republican state Rep. Donna Lichtenegger. “I think that life is an important issue, and I don’t think that 72 hours is too long to think about a life.”

It is for progressives, who are characterizing the potential law as more evidence of the GOP’s “war on women.”

“They actually think what is best for a woman who has been raped and impregnated by a relative, is to remain pregnant and wait 72 MORE hours to think about whether or not she wants to terminate,” writes abortion activist Lizz Winstead, according to Care2.com. “No really. This is how they value women. The message is loud and clear.”

Actually, the only thing “loud and clear” is the left’s hypocrisy on this issue.

The pro-life lawmakers are simply using the same logic the gun control lobby uses to push for waiting periods on gun purchases.

One of the main reasons progressives give for supporting delayed firearm purchases is so individuals are forced to undergo a “cooling off” period that guards against impulsive acts of violence, like murder or suicide, according to SmartGunLaws.org.

How is that any different than giving a woman a chance to cool down and think twice about taking the life of her own baby?

But wild-eyed leftists refuse to acknowledge the similarities in the policies. Abortion, to them, is the highest expression of a woman’s freedom and autonomy, and anything that impinges on that freedom is unacceptable.

On a lighter note, if Gov. Nixon does sign the bill 72-hour waiting period into law, the abortion activists can blame their Big Labor pals in the Missouri Senate. 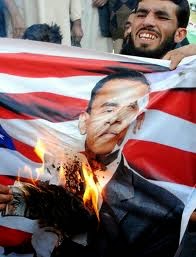 
With the nation, his presidency, and the American form of self-governance under siege, is it not time for Barack Hussein Obama to face reality and spare the nation yet another two + years of grief?

From the use of the IRS to persecute political enemies, to reckless spending which added trillions of dollars to the bloated and dangerous  federal deficit, to deliberate lies about a flawed Marxist health care program repugnant to most Americans, to abandonment of border security, national sovereignty, and refusal to enforce immigration law, and to inept, naive mismanagement of foreign affairs, has not Barack Obama already done enough damage to America?

On top of all of that, e-mails produced in response to a Freedom of Information Act(FOIA) suit reveal that the Obama administration withheld evidence concerning the Benghazi slaughter of 2012, which cost four American diplomats their lives, and which may have been covered up just weeks before the 2012 presidential election in order to protect Obama’s foolish campaign claim that Al-Quaeda had been decimated!

Under the circumstances, is it not time for the American people to demand, “Enough is enough!”

Clearly, Barack Obama has lost his good sense. He can no longer be trusted with national security or important functions that require mature judgment. He has zero credibility with the public, Congress and the world.


In 1974, America was confronted with a rascal in the White House by the name of Richard M. Nixon. Unfortunately, Nixon was a despicable crook.

But in 1974, the Republican Party was blessed to have a few leaders with cajoles and a passion for America. Those noble Republicans walked into the White House at an appropriate time and let Nixon know that his time had elapsed and that, in the interests of the nation and himself, it was time to go.

To his credit, Richard M. Nixon did the honorable thing by resigning the presidency. On August 9, 1974, President Nixon boarded an Air Force helicopter on the lawn of the White House and made his way home to California.

Today’s challenge: America needs three or four Democrats with or without cajoles to deliver a Nixon-like message to Barack Obama.  Namely, “Mr. President, Your Time Is Up!”

By leaving now, Mr. Obama can accomplish the most noble and patriotic act of his presidency. And America can begin healing.
Read more…