Most every black family  and most likely every young black child who lived anywhere in America had to be celebrating the day that Barack  Obama took the oath of office as the first person of color to occupy the White House as president.  Now a half decade later, those same black families and same black adults and teens have seen their incomes, life savings and job opportunities spiraling downward like an avalanche.

Five years into the Barack Obama’s presidency, the number of African-Americans participating in the labor force has hit rock bottom and now threatens to even go through the basement floor, according to the U.S. Labor Department.  Consider the direness of the situation.  In January, exactly a year after Obama began his second term of office, “the drop in labor force participation was sharpest for African Americans, who saw a decline of 0.3 percentage points to 60.2 percent, the lowest rate since December of 1977,” according to U.S. Bureau of Labor Statistics.

Those are statistics which would have sent Rev. Jesse Jackson, Rev. Al Sharpton and legions of NAACP marchers heading for Washington to demonstrate against the occupant of the White House.  Instead, these same certified hypocritical black leaders of the Afro-American community have given Obama a “Stay out of Impeachment Hall Pass.”

This is more than frightening when one considers that each and every black pastor that prays over the body of a young black teen that was caught in the cross-fire of black-on-black crime should now be speaking out about Obama.  Where is the hue and cry this month of black celebration from these men and women of the cloth, who know that these kids and their families need jobs and opportunities and not bullets and funerals?

But, yet the halls of worship are as silent as the ideas that are emanating from the Oval Office for remedying the problems that weigh as anchors around the necks of dispossessed black families in America. 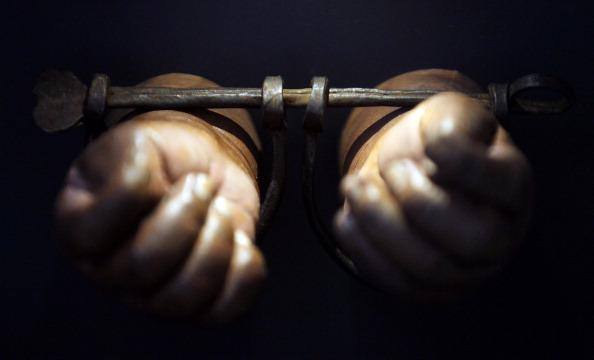 Has Black History Month met its end with the re-election of Barack Obama? One could make a solid case for calling a halt to the month of February as an official celebration of the achievements of Black Americans, since many of the injustices of the past have died away along with the perpetrators. In the 21st Century should not the focus be on a unified America that celebrates and acknowledges the achievements of all Americans throughout the year?

The advent of Black History month began in 1926 as the second week in February, and was known as Negro History Week. Its creator, black historian Carter G. Woodson was clear about its purpose and eventual end. He insisted at the time that the holiday be eliminated, when “black history became fundamental to American history.”

Last year, noted international author Maya Angelou appeared to agree when she explained in an interview, "We want to reach a time when there won't be Black History Month, when black history will be so integrated into American history that we study it along with every other history," according to Fox News.

Well, it appears apparent that the jury is in and the verdict is clear, the need for Black History Month has met it original purpose. Woodson’s edict was that the need for the month to continue into perpetuity was not its purpose. Black history has been mainstreamed into what it always has been, and that is; part of America’s history. Even Academy Award winning actor Morgan Freeman strongly asserted in a Sixty Minutes interview, "Black History Month is ridiculous… Black History is American History!"

Well it seems that Barack Obama’s election has sealed the deal on that, considering that February was chosen as the official month to honor Abraham Lincoln’s birthday. Lincoln freed the black slaves and, is it not fitting that the end of this holiday has indeed run its natural course with the election and re-election of the first black president of the United States?

Americans have an opportunity to move on and stop reliving the practices and outrages of racism which once permeated every aspect of the nation’s culture. Blacks have been elected governors, and congress has growing numbers of black elected leaders. Now with a president who is black, where again is the need for Black History Month?

It is unnecessary to keep track of black achievement in areas of professionalism and other fields of achievement. These achievements are American achievements, and should not continue to be segregated or celebrated by racial designation.

The nation should be focused on celebrating the future of a united nation where racial designations have no purpose or place. If America is to truly become one nation, indivisible with justice for all, then it must do away with the categories and the special designations which continue to keep Americans separate and apart. Is this not now the spirit and practice of reverse racism?

Read more…
In honor of the memories of Harry S Truman (just a letter no middle name), Ronald Wilson Reagan and John Fitzgerald Kennedy, three of the most diligent and competent statesmen in world history, Rajjpuut will be awarding a monthly Truman-Reagan-Kennedy Award for statesmanship. Whole encyclopedias could be written about these three men.
Truman, a hero in World War I made the courageous decision to drop the atom bomb ending World War II and saving an estimated one million American fighting men from death or wounding. He also inspired the Dixiecrats to leave the Democratic Party at great political risk to himself, Truman who was raised a segregationist, integrated the armed forces. And unlike his successor Eisenhower, Truman was an immediate and powerful vocal opponent of Joe McCarthy and his communist witch hunts.
Reagan personally intervened to get the final funding and stinger missiles that spelled the defeat of the Big Red Soviet Military Machine in Afghanistan. His confrontational style (“Tear Down This Wall, Mr. Gorbachev!”) but willingness to talk face-to-face helped bring about the fall of communism and the Warsaw Pact, the end of the Soviet Union and Cold War and yes, the smashing of the Berlin Wall: not a bad legacy for “the Great Communicator!”
Kennedy inspired warm hope among jaded American voters. He, like Reagan, made a courageous speech in the shadow of the Berlin Wall. Most importantly, Kennedy stood tough upon discovering that the Soviet Union had moved missiles to Cuba just 90 miles off America’s shores and put the whole world on a nuclear disaster watch by blockading the island and demanding removal of the missiles. Like his book “Profiles in Courage,” Kennedy, a World War II hero, practiced what he preached.
The May, 2010, Truman-Reagan-Kennedy Statesmanship Award WINNER is:
Arizona Governor Jan Brewer
As the chief executive of the state of Arizona, Jan Brewer has done what the chief executive of the nation, Barack Obama, will NOT do. She has put in motion steps to help protect her state from the endless swarm of undocumented aliens illegally crossing into her state. The impact in Arizona just on law enforcement these illegals have brought into the state has been horrendous. Drugs and drug dealers, other felons and petty criminals now overload the Arizona system and some of their crimes include murder and kidnapping. Next to world drug capital Bogota, Colombia, Phoenix, the Arizona capital city is now the #2 hotspot for world kidnapping. The cost to the state in overloaded health care, welfare and school resources is bringing her closer to bankruptcy like her neighbor state California every day. Brewer oversaw creation of a state immigration law based upon the federal immigration statutes and had the courage to stand up to the immense pressure brought by Obama and his minions.
Let us congratulate the May, 2010, Winner of the Truman-Reagan-Kennedy Statesmanship Award: Arizona Governor Jan Brewer
Ya'all live long, strong and ornery,
Rajjpuut
Read more…

To honor the memory of the Last Great American Statesman, William Proxmire (Wisconsin Senator for 32 years) whose “Golden Fleece Awards” uncovered shameless pork barrel projects and focused media attention on all manner of self-serving, waste, and corruption in the United States government: Rajjpuut has since June, 2009, been awarding the “Platinum Fleecer” to the elected or appointed official or private citizen most deserving of the illustrious title.

The May, 2010 Platinum Fleecer WINNER is:
President Barack Obama
Does the country get its money’s worth from their president? He certainly seems disposed to keeping those dollars in Washington, D.C., doesn’t he? A monstrous “Thousand Year Flood” hit Tennessee, Kentucky and Mississippi but Obama has not yet even mentioned these people’s plight nor used the words “disaster area.” Oklahoma and surrounding states have been hit three times by savage and deadly tornadoes, but again no mention of their sad situation and no federal assistance mentioned. The Gulf oil leak went on for five weeks before he seemed to realize it was happening . . . now, in fairness British Petroleum has the technology and Obama can do nothing along those lines, but . . . certainly the problems near and onshore created by the mess were easily predictable. Let’s say he had four full weeks to come up with a federal response to prepare a defense for them, to soften the blow for Louisiana and the other Gulf States and he did? Nothing?
Actually worse than nothing, he had the power to eliminate red tape so that Louisiana could have built some artificial barrier island constructs . . . but Obama insisted that the EPA do an environmental-impact study before that could begin (and it hasn't yet!). Let's see, you have some potential, presumably modest or absolutely minor future impact versus a monstrous absolutely certain impact NOW and we need to study that?????? Nice work, Mr. Prez!
Meanwhile he is putting every effort into passing “America’s Power Act” a Democratic euphemism for “cap and trade” legislation. Remember in his own words, “Under my policies, electricity costs would necessarily skyrocket!” Skyrocketing costs based upon a proven** fraudulent lie called global warming? Meanwhile he’s seeking to pass “comprehensive immigration reform” which means making 13-20 million illegal aliens American citizens within ten months (expecting to win 80% of their votes and lock in his re-election and the supremacy of the Democratic Party progressives for the next 50 years). Meanwhile he refuses to protect our borders and rants and raves about Arizona's attempts to protect theirs. Yeah, that’s a statesman for you. Congratulations, to Barack Obama the only four-time winner and May, 2010 Platinum Fleecer of the Month.
Ya’ll live long, strong and ornery,
Rajjpuut
** here's the truth from the ultra-LIBERAL London Times which had been banging the drum for global warming for almost a dozen years . . . they ate crow and released the truth which no American mainstream media source has done (still protecting our president and Al Gore!) . . . . here's the London Times story:
http://www.timesonline.co.uk/tol/news/environment/article6936289.ece
Read more…