My brother attended the red carpet premiere of his wife's first big screen acting role at a Baltimore movie theater. Forced to park blocks away in the hood, after the movie my brother asked a friend to drive him back to his car rather than risk walking.

My brother said Baltimore black youths are out-of-control and extremely aggressive. He said if George Zimmerman was on one street corner and black youths were on the other, he would choose to walk past Zimmerman. “I'm not afraid of Zimmerman. I'm afraid of us!”

Our conversation came on the heels of the 50th anniversary of the March on Washington where Dr Martin Luther King, Jr delivered his historic remarkably inspiring, “I Have a Dream” speech.

As expected, the Race Industry is exploiting the 50th anniversary the same way they exploit Black History Month every year to further their false narratives that race relations in America have progressed very little since the 1950s, white America is eternally racist and more entitlement programs, government freebies and lowered standards are needed to give blacks a fair shot at the American dream.

I had a dream. MLK and I met for lunch. Though a bit star struck in the presence of an American icon, I brought the eager to know Dr King up to date on black America's progress since his tragic departure.

Black out-of-wedlock births are over 70%, three times the level of your day sir.

The new normal in the black community is “baby daddy” rather than husband and father.

Murder rates for blacks are up to 8,000 to 9,000 per year in America; 93% perpetrated by other blacks. Why are we killing each other? Some say it's the white man's fault.

Yes, Dr King, your memory is correct. Black poverty was on the decline. But in 1965 Democrat president Lyndon Johnson launched his so-called War on Poverty which destroyed the black family by government replacing fathers in black households; resulting in black poverty increasing ever since.

Did I tell you about the epidemic of black youths dropping out of school? Considering that high school is free, I do not know why blacks are not completing high school. Black so-called advocates (the Race Industry) say it's white America's fault. I agree with you sir, their accusation makes no sense to me either.

Dr King your mastery of the English language is somewhat frowned upon today. Some would accuse you of trying to be white. Using gangsta rapper terms such as “creepy ass cracka” and “nigga” is celebrated as down-for-the-struggle authentic blackness in America. No sir, I said, “gangsta” not “gangster”. Its a cultural thing.

Dr King you won't believe it, but America elected its first black president. No, not Jesse. The bad news is under president Obama, black unemployment has risen to unprecedented levels.

Oh, remember that thing you said in your speech about dreaming of a day when people would be judged by the content of their character rather than the color of their skin? Democrats threw that idea out the window a long time ago.

Democrats and the Race Industry learned that if they can make every political issue about race or skin-color, they win every time because nothing scares whites more than being accused of racism.

Well sir, not much is being done to rectify the issues plaguing black America. Black conservatives such as myself who call for blacks to rely less on government and to accept responsibility for their lives are shouted down and called Uncle Tom sellouts.

Since you've been gone, Democrats have owned the black vote (well over 90%). Democrats continue to lower standards and expectations for blacks, offer more entitlements and promise to keep mythical evil racist white conservative Republicans at bay.

Dr King, is there something in your eye? No need to apologize sir. I share your pain. 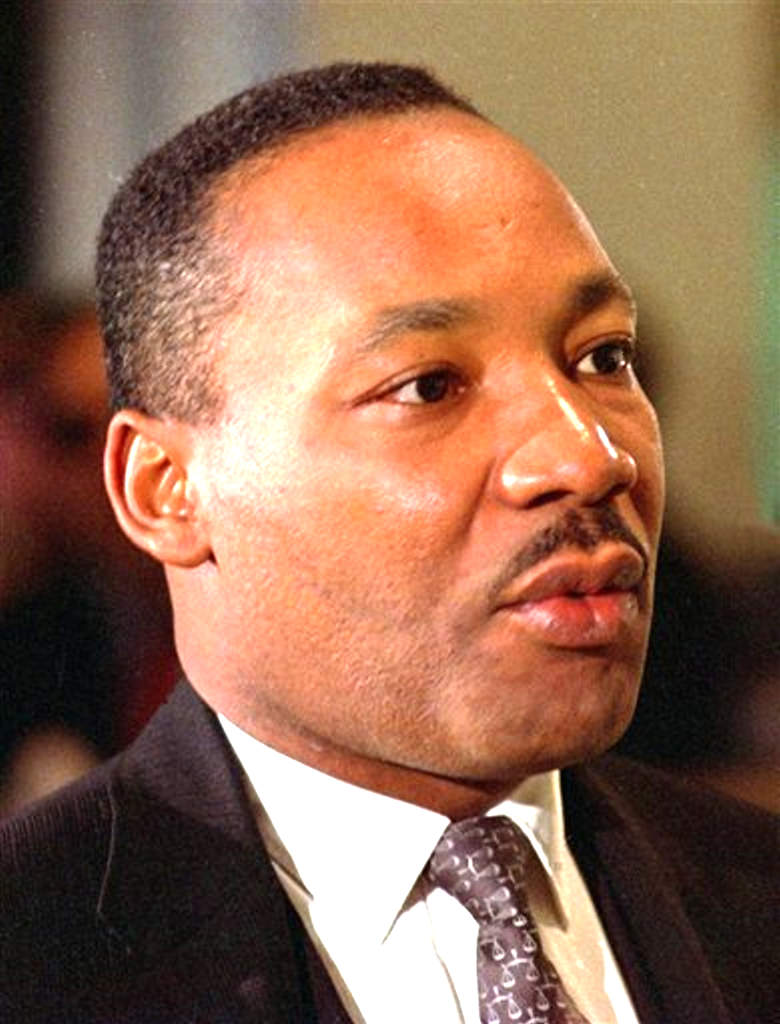