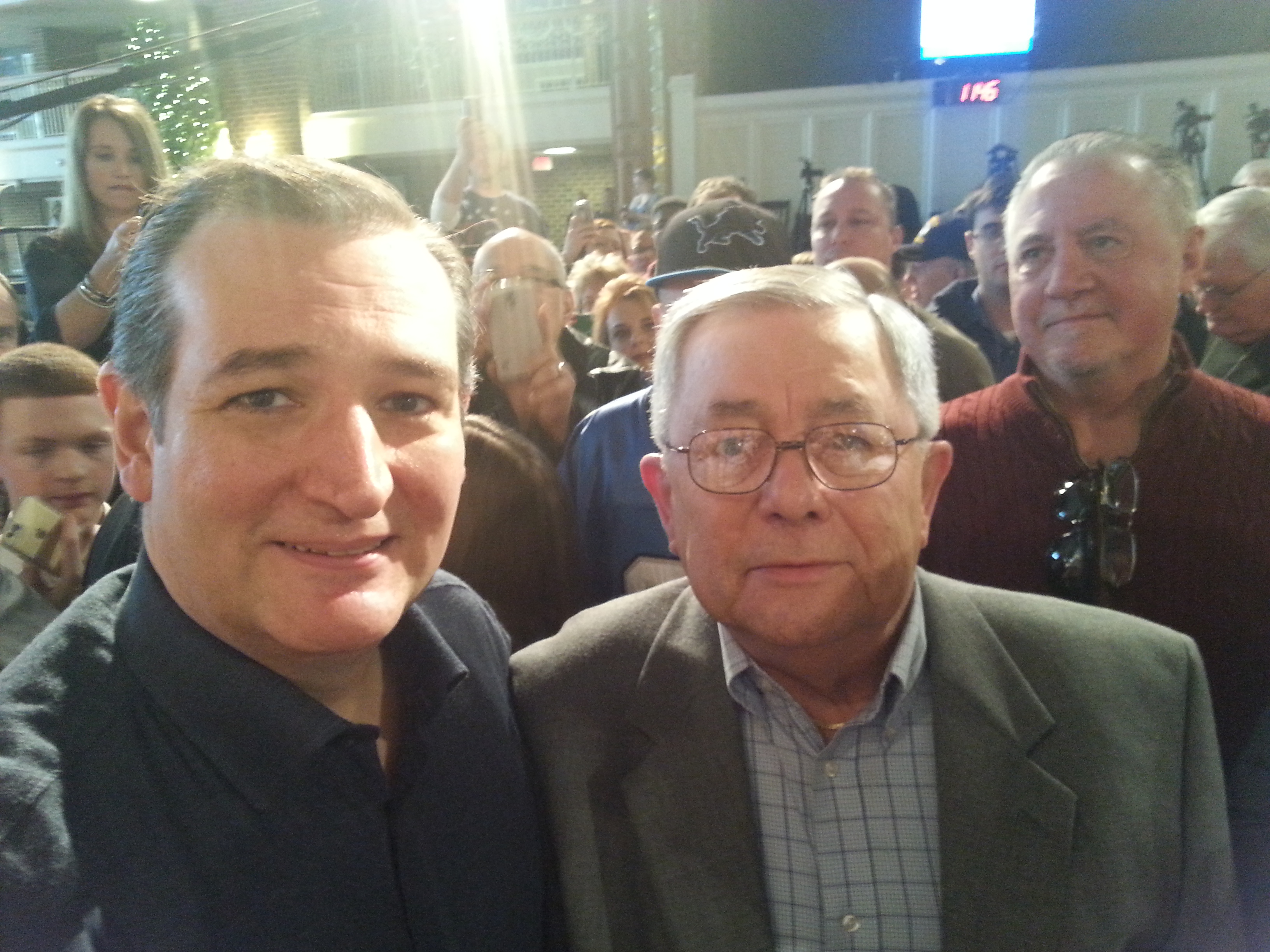 The breakdown on ‘Social’ issues in America that is destroying our Constitution is a failure of legislators to support our Founding Fathers’ inserted Christian values.

In 2016, we must not allow fat-cat Republicans to use their money in ‘purchasing’ RINO Republican’ Party candidates in elections over Conservative Republican Party candidates who will support ‘Social’ issues as well as Fiscal and National Security issues.

The ‘Main-stream’ Medias would have had fun reporting how GOP Congressional legislators have been demoted with their other fellow Republican Party legislators by the Capitol Hill GOP leadership.  Capitol Hill GOP leaders should be based on professional abilities; not on supporting legislation requiring more spending as required by more moderate Republican Party political leaders.

Conservative Republicans across America have screamed to Capitol Hill GOP leaders to stop-the-spending, repeal ObamaCare, investigate and prosecute government criminals, eliminate or reduce entire agencies in government, cut taxes, etc.  Our GOP leaders are not listening as they are ‘forcing’ their own agendas on us; much like Capitol Hill Democrats forced ‘ObamaCare’ on us in 2009 and 2010.

Republicans must share the blame and the shame for President Obama’s $4.27 Trillion of ‘deficit’ spending within Fiscal 2011 thru Fiscal 2015 as a House majority under Speaker John Boehner and his Republican Party majority voted for each and every one of these ‘deficit’ dollars spent.

Speaker John Boehner has surrounded his own leaders so as to act with totalitarian leadership while denying Conservative legislators’ proposed legislations; a decision that will prove to be a weakened Capitol Hill Republican Party and many  of his following to become defeated in the 2016 Primaries and/or the General Elections.  The ‘deficit’ spending continues.

Conservatives across America must continue a fight against President Obama, the Democrat Party, and now the RINO Republican Party’s failures as requested by our GOP Platform including ‘social, fiscal, and national security’ issues.  Capitol Hill Republicans are ignoring the cry.  Their time in service will run out.

It has been my pleasure to contribute in building a North Carolina Conservative ‘SOCIAL ISSUES’ first Republican Party for nearly 50 years.

In 1980 and 1984, GOP nominee Ronald Reagan won the General Election and re-election, respectively, while winning the hearts of America by placing ‘SOCIAL ISSUES’ first.

NC had the Honor of having Sen. Jesse Helms to practice ‘SOCIAL ISSUES’ first for 30 years.  Many state and local governments have now switched from Democrat to Republican controlled governments.

Our Republican National Committee (RNC), Minority Leader Mitch McConnell, Speaker John Boehner, and others are ignoring and/or rejecting the GOP Platform as they have joined the Chamber of Commerce in building their PAC ‘FISCAL ISSUES’ with GOP CASH; to spend destructively and immorally defeat outstanding Conservative TEA Party Republican Party candidates.  These ‘MAIN-STREAM’ Republicans CRITICIZE, DISCREDIT, MISREPRESENT, and even LIE to defeat SUPERIOR Conservative TEA Party Republican candidates in primaries across the entire USA.

You may decide to stay home or just skip these Republicans In Name Only (RINO) Republicans on the ballots in the upcoming November 2014 General Election.

If RINO Republicans are joining up with Liberal Democrats to win primaries and to defeat Conservatives Republicans, why should you and I vote for these dirty, ruthless, and liberal Republicans?

The Republican National Committee is silent as the so-called main-stream Republicans across America attack their own base, the Conservative TEA Party Republicans in 2014 Republican Party primaries.

It was Republicans In Name Only (RINO) Republicans on Capitol Hill like Sen. Minority Leader Mitch McConnell, Speaker of the House John Boehner, Sen. John McCain, and many others who support Sen. Thad Cochran (R-MS) after Mississippi Republicans called on Mississippi Democrats to go out and vote for Thad Cochran.

“It was the Republicans in Washington and their allies in Mississippi who distributed fliers to Democrats in Mississippi calling conservatives racists, klansmen, Nazis, etc. It was a concerted effort by the GOP to beat their own base at any cost.” http://www.redstate.com/2014/06/26/will-there-be-a-consequence/

Democrat and Republican leaders ‘mislead’ House and Senate legislators to vote ‘AYE’ in support of the ‘so-called’ bipartisan Patty Murray/Paul Ryan legislation. “The Bipartisan Budget Act of 2013” cuts our military personnel benefits; COLA for our military retirees who are under age 62, and our retiree/disabled members and their dependent/survivors; including our ‘Wounded Warriors’.

February 10, 2014 ‘Time’ says GOP leaders, Mitch McConnell and John Boehner are considering attaching legislation of ‘raising the National Debt’ to ‘restoring the rollback of military pension cuts’; as so many voted ‘AYE’ for H.R. 59.

This vote would restore earlier described military cuts; however, restoring military benefits could stand on its’ own merit.  The difference is passage of this legislation would expand more ‘deficit spending’ and ‘diminish’ much of the promised budget cuts.

Conservative TEA Party Republicans and all other American ‘Patriots’ must ‘compel’ the ‘MORAL, FISCAL, and NATIONAL SECURITY’ actions to be successful in the finale.  We must join together and ‘attack all corruption’ in Washington; be it be Democrats, Republicans, and/or Independents.

If ‘forcing’ McConnell’s and Boehner’s legislation is their best political decision, they may belong in the same ecosystem of these ‘politically corrupt’ politicians as in the White House and others on Capitol Hill.

Senator McConnell and Speaker John Boehner must not hold GOP legislators and/or military earlier retirees, their dependents and/or our ‘Wounded Warriors’ as ‘captives’ due to their own ‘wrongful and thoughtless’ leadership decisions on Capitol Hill.

I just read a story that made my skin crawl.   http://www.thenewamerican.com/usnews/constitution/item/14892-obama-admin-ignores-nullification-federal-agents-will-enforce-obamacare .  Barack Obama has declared that the federal government will send federal agents into states to take over their insurance industry if they don’t surrender to Obamacare and set up the exchanges demanded by the regime.  Obamacare was passed in 2009 using bribery and arm twisting, topped off by a complete perversion of the legislative process.  It was opposed by a huge majority of We the People and reconciliation was used in a total disregard for the normal legislative process. This action led to the TEA Party uprising in 2010 that saw Republicans sweeping elections across the nation.

Senate Minority Leader Mitch McConnell (R-Ky.) and Rand Paul haven't always seen eye to eye, but last Thursday, they forever cemented in their political relationship.
Some see this move as another example of Senator McConnell's political savvy and survivor skills. Others see it as a sign of the Paul Clan selling out to a more main stream Republicanism.

Says Aaron Blake of the WashingtonPost:

"McConnell announced Thursday that his 2014 Senate campaign will be run by Jesse Benton, who just happens to be a former top aide to Ron Paul — the libertarian congressman that has tangled with the Republican Party establishment— and his son, Sen. Rand Paul (R-Ky.), who trounced a McConnell-endorsed candidate in a primary just two short years ago.

It’s a bold, outside-the-box move and, at least at first glance, a win-win situation for McConnell.ent for years — and his son, Sen. Rand Paul (R-Ky.), who trounced a McConnell-endorsed candidate in a primary just two short years ago.

Benton is very well regarded in Washington as a grassroots strategist with an ear to the ground of the tea party movement. McConnell, meanwhile, is the leader of the Republican establishment who wants to avoid the kind of tea party uprising that brought down his protege, former secretary of state Trey Grayson, in the 2010 Senate primary. (Rand Paul trounced Grayson in that race.)"

Rand Paul has made it clear that he will be supporting McConnell in 2014, and his support, as well as the hiring of Benton, is seen as a way for Sen. McConnell to ensure he can have Tea Party support needed to ensure no primary challenger can oust him, such as with Dick Lugar earlier this year. It helps that Benton is also family to the Pauls—  he's married to Ron Paul's granddaughter.

Some have looked to this move as a sell out from the grassroots friendly Pauls to the republican establishment. Whatever one feels, Sen. McConnell probably is now confident he's got those grassroots all behind him now.

As for Paul, his family is (by all accounts) slowly but surely climbing toward a Presidential run in the near future for Rand.