Barack Obama’s administration, despite all the blood and treasure America spent in Iraq, somehow managed to fail in reaching a Status of Forces Agreement with the Iraqi government.  That means that the 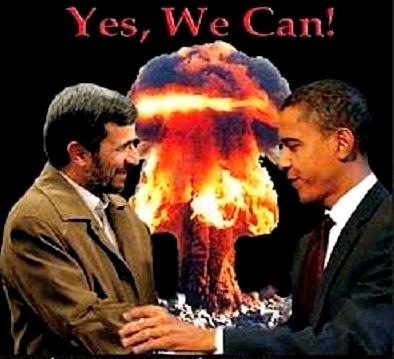 United States, after overthrowing Saddam Hussein, and freeing a country uniquely located on the most strategically important piece of real estate in the Middle East does not have strategic residual forces within Iraq.

That failure has allowed Iran to fly freely over Iraqi airspace, prolonging the Syrian civil war by delivering arms to Syrian strongman Bashar al-Assad.  Month after month, nothing has been done by the Obama administration to help the people of Syria while Assad has butchered them.

Could it be that the plan all along has been to enable Iran’s assistance of Syria so Iran could get their hands on a sophisticated, mobile missile defense shield, thereby tipping the balance of power in the region away from Israel towards Iran?

That Israel is destined to strike at the existential threat posed to them by a nuclear armed Iran demands the question: Has the Obama administration been actively working on behalf of Iran’s Islamofascist regime, enabling them to obtain the tools needed to ensure an Israeli attack is incapable of eliminating their nuclear capabilities?

Is this part of Obama being “more flexible” on missile defense now that the election is over?

Just a little something to think about next time you hear Obama and/or whichever weak, dishonest  enabler he names as Secretary of State to replace “Hillary-the disaster going someplace to happen” (read: John Kerry) bragging about how through the UN, America has imposed "crippling economic sanctions" on Iran.