We need to join the Nov 19th march on Washington.

I'm wondering why the TEA Party is not mustering the supporters to a march on Washington. Time is running out. Once Obamacare is implemented Jan1st it is going to be hard to remove, like a cancer intertwined in the system thru out the nation. Larry Klayman and Reclaim America Now Coalition is calling for a march on Washington Nov 19th. Where are the busses lined up like was done to protest Obamacare 4 yrs ago. Why are we not marching on Washington? Where is TEA Party support for these marches. There is a lot more support for TEA Party than is being shown. I think many are being silent out of fear of DHS showing up at their house at 4 AM in the morning. But, if the busses were lined up, they would be overfilled with patriots. I think a march on Washington is our last hope.  When the expense of Obamacare starts hitting the books Jan 1, our debt climbs higher,  our credit rating goes down, the dollar collapses and hyper-inflation hits, it will be too late. We may not have until Nov 2014.

I have an issue with the "news" I witness on my local Fox channel..... (Fox 29/1029, San Antonio, Texas).
Mind you, I do not have an issue with the News I witness on Fox National - but the vast majority of Americans do not watch Fox National News - they watch their own local channel of Fox.
How can Americans form an opinion of what is REALLY going on in our Nation if they never see what is going on?
Yesterday, September 11th, 2013 was the anniversary of "9/11" where almost 3,000 people were murdered in cold blood by radical islamic (muslim) terrorists....
You would think that something like an organization who called themselves "The million muslim march on Washington DC on 9/11" (later called themselves "million american march against fear") would find itself on local Fox news - as this is a slap in the face to every American Citizen....  and you would think that more than a million motorcycle riders forming a "march" in protest of the "million muslim march" on 9/11, a march not only as a response to the muslim march but a tribute to 9/11 and the murders in Benghazi would make news.... Yet Americans heard absolutely NOTHING!
Yesterday History was made - yet nothing to be heard on a local Fox channel..... (or any other channel for that matter)
What kind of "reporting" is that?
I say again: How can Americans form a viewpoint or understand just how badly they are being played by main-stream-media and our government.... when the only network news (Fox) that is actually reporting on a National scale - doesn't require their local channels to report the REAL news.... and people believe what they (do not) see.
If the Network (Fox) cannot require integrity in reporting the news from their local channels - what point is there to watching ANY network news at all?
Perhaps as a Tea Party Command Center member I should suggest - as a group - we start a boycott of all television news channels for lack of integrity....
Respectfully,
SFC (retired) Aubrey Mason
San Antonio, Texas
cc; Social Media
Tea Party Command Center
Read more…

Roger Cotton has decided to undertake a march of "epic proportions." Starting in San Diego CA on April 15, 2013, Cotton will be leading the Liberty March and a series of events throughout parts of California which will culminate in a press conference and rally in Sacramento on June 14th. This march is a call-to-action to defend the Constitution and to stand up for the civil rights of all Americans.

"I'm enraged and engaged," says Cotton "Politicians are wreaking havoc on our country, destroying our economy with their reckless spending and insane policies, and now, not only do they expect us to pay more in taxes to supposedly fix what they have done, but they are trying to take away our civil rights as well. No! This will not continue!" Cotton, a fledgling activist, believes that the entire Bill of Rights is being violated, and that the Constitution itself is being subverted, if not ignored altogether. "We've let ourselves go, as citizens. As a result, we are in the position we are in now, where the public serves the public servant. Our freedom is in real danger of being lost."

During his march, Cotton will be carrying the American Flag and wearing a satchel holding a petition for redress of grievances he has drafted and will be collecting signed petitions as he goes. This petition is posted on his web site at: www.liberty-march.com, and is available on a PDF download for supporters to print out, gather signatures and add their names to the cause if they are unable to make it to a March rally event.  Cotton invites anyone who supports his cause to walk with him anywhere along his March routes for as far as they can. These signed petitions will be presented to the Office of the Secretary of State and Governor Brown’s office on Monday June 17th, 2013.

As a diabetic, Cotton suffers from neuropathy in his hands and feet. "Imagine your feet feeling numb from being in ice water for too long. But, at the same time, you also feel the burning of damaged nerves.  That is how it feels”. Despite his physical condition, Roger is preparing for this endeavor by walking seven to ten miles per day and exercising with a trainer in a gym. "I'm in terrible shape. I let myself go. But that, too, is going to change."

Ultimately, Cotton wants California to no longer infringe upon gun ownership by law-abiding citizens. He also demands that policies be put into place at both the State and Federal levels to ensure transparency and accountability. "Politicians are attacking the Second Amendment like never before. I've never owned a gun, but I believe in a citizen's right to keep and bear arms. Not only to protect themselves from others, but from a government that seeks to infringe upon and eliminate his or her rights. These rights are unalienable. Government does not have the power to take them away." Otherwise, he says, "the civil rights of Californians and all Americans will be violated and infringed upon once again."

For more information please visit our web site at: www.Liberty-March.com - or join us on Facebook at: CA Liberty March, and you can follow on Twitter: CALibertyMarch – or email at: Bob.LibertyMarch@gmail.com 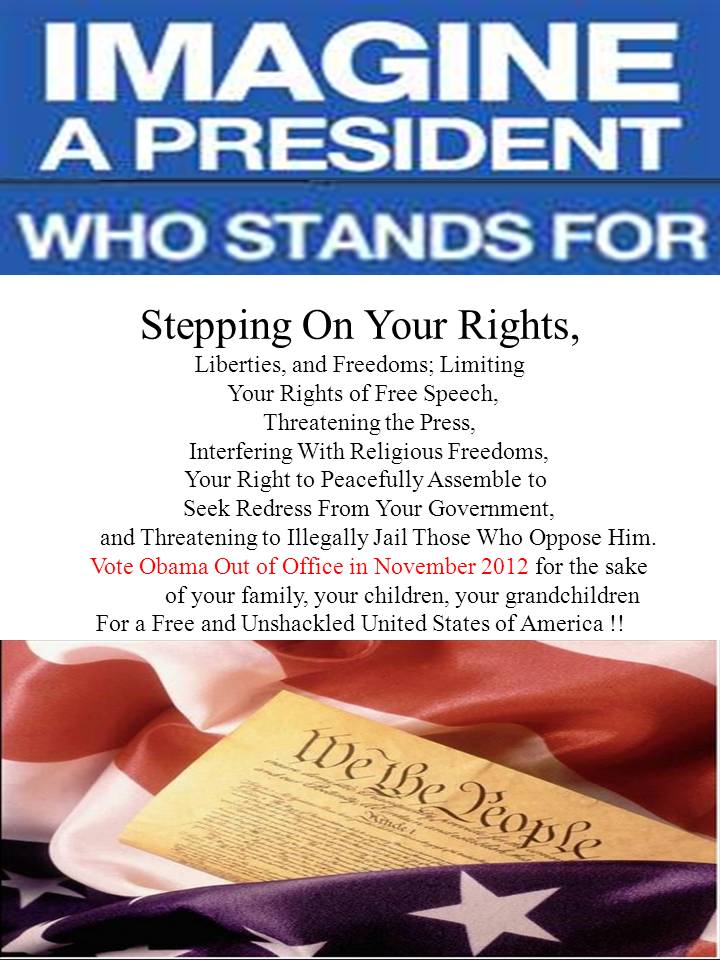 Please go to www.teapartyplanning.com and book a room via the link and you'll get a great rate. If you want to call the hotel directly that's fine just make sure you have the correct code.

Air Tran, Amtrak is offering 10% off their lowest web fare, again all this info is up on www.teapartyplanning.com