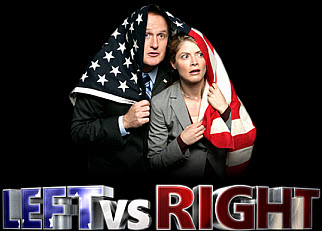 Apparently, we Conservatives have had it all wrong.

We’ve out there in deep right field blowing dandelion seeds into the breeze and just making up crap to be upset over.

Why…just yesterday, we got all bent out of shape over the IRS and a new revelation discovered by Issa’a house committee showing that…just before the 2010 midterm elections…the IRS sent over a few…just a few…pages of American’s personal information to the FBI.

You know…personal information that is supposedly protected by federal laws that state the IRS and ONLY the IRS is to have access to.

Okay…it was just over 1 MILLION pages but, who’s counting. Anyway…by comparison…the Obamacare bill that nobody read and yet is still causing so much trouble was only 2700 pages but again…who’s counting.

According to Issa; “The IRS apparently considered political speech by nonprofit groups to be so troublesome that it illegally assisted federal law-enforcement officials in assembling a massive database of the lawful political speech of thousands of American citizens, weeks before the 2010 midterm elections, using confidential taxpayer information.”

Now, I KNOW what Conservatives are thinking…SCANDAL…SHREDDING THE CONSTITUTION…STOMPING ON FREEDOM OF SPEECH…USING THE IRS AS A POLITICAL WEAPON…FBI AND GOVERNMENT INTRUSION… The White House chief of staff said Sunday that President Obama is “madder than hell” about reports that dozens of veterans died due to preventable delays at the Department of Veterans Affairs.

Appearing on CBS’ “Face the Nation,” Denis McDonough said the president is demanding that Veterans Affairs Secretary Eric Shinseki and others in the administration “continue to fix these things until they’re functioning the way that our veterans believe they should.”

“The president is madder than hell. I’ve got the scars to prove it,” he added.

The VA is investigating scheduling practices at its hospitals as part of a nationwide audit after rumors surfaced that a secret electronic wait list showed information from veterans that was entered into computers at a Phoenix VA facility but never saved. Dozens of veterans reportedly died while waiting on the fake lists.