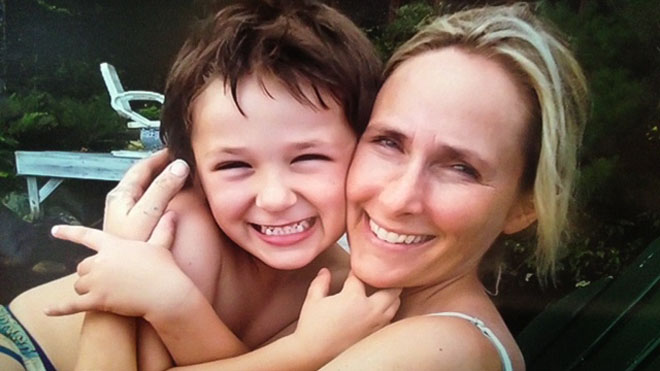 Rajjpuut just listened to yet another Democrat talking about the relationship between the TEA (taxed enough already) Party and the Ku Klux Klan and then he also mentioned the “hate-mongers like Glen Beck” with his very next breath. This is a typical example of the lame-stream media in action. Regular viewers of Beck’s show have often heard him close with “let truth be your anvil and non-violence your hammer and reject anything which doesn’t answer the test of truth and non-violence.” These words of Gandhi are very close to the spirit guiding the TEA Party and, of course, are the furthest thing from what CBS, NBC, ABC and CNN would like you to know about those “crazies that are attacking the programs of our Dems and our President.” The amount of lying about the TEA Party by the Obama administration and the congressional Democrats and the lamestream media has gone well beyond epic proportions . . . .

Supposedly when Nancy Pelosi and the Dems were walking in unison on the day that Obamacare passed, at least one TEA Party member shouted the word “nig__r” fifteen times at Representative John Lewis and another Black Democrat was spit upon by a white TEA Partier. Now fifteen times is an awful lot of racial abuse but somehow with all the mainstream and other media (including FOX News) in the area, not even one racial slur was aired on the public air waves. Andrew Breitbart has challenged Representative Lewis and his honor, in effect calling the good congressman “a liar.” Rajjpuut will herein repeat Breitbart’s offer of a reward of 10,000 paid out of his own pocket for conclusive videotape proof that one of these incidents occurred . . . .

“It’s time for the allegedly pristine character of Rep. John Lewis to put up or shut up. Therefore, I am offering $10,000 of my own money to provide hard evidence that the N- word was hurled at him not 15 times, as his colleague reported, but just once. Surely one of those two cameras wielded by members of his entourage will prove his point.

“And surely if those cameras did not capture such abhorrence, then someone from the mainstream media — those who printed and broadcast his assertions without any reasonable questioning or investigation — must themselves surely have it on camera. Of course we already know they don’t. If they did, you’d have seen it by now THOUSANDS OF TIMES.

“Rep. Lewis, if you can’t do that, I’ll give you a backup plan: a lie detector test. If you provide verifiable video evidence showing that a single racist epithet was hurled as you walked among the tea partiers, OR you pass a simple lie detector test, I will provide a $10K check to the United Negro College Fund.”

Looking over dozens of online videos, Rajjpuut has seen only one scene in which the “spitting incident” might reasonably have been THOUGHT to have occurred. In one scene a dark skinned man, presumably a Democratic representative, walks up the stairs through the assembled TEA Party protestors and one white fellow has his hands cupped around his nose and mouth to amplify his voice. It appears that this man is yelling, but the videotapes showing this incident are all “silent movies” for some reason. If this actually was a fellow yelling the “N-word 15 times it surely would have been picked up by somebody with live audio since it is very obvious that he is yelling something. As far as the spitting?? Well, again the onlyreasonable candidate located by Rajjpuut is that same possibly obnoxious fellow yelling and quite clearly he DID NOT spit, however, the possibility of hims spraying his message accidentally as he was saying it does exist . . . but there was no reaction by the dark-skinned man to indicate anything but being weary with the yealling as he calmly turned and continued up the stairs.

Supposedly the story of John Lewis’ horrific experience was witnessed by one of his associates . . . who like Lewis will NOT take a lie detector test, even to enrich the coffers of the United Negro College Fund. Just yesterday, a union man who said he was there has come forward and said he heard the racial slur and saw the spitting but was totally uninterested in providing evidence didn’t even wish to talk about who was filming when this all supposedly happened. Let Rajjpuut be very clear here: in the 2008 elections, there are racist claims and then there are racist facts: Barak Obama got more White votes than Kerry or Gore in 2004 and 2000 respectively . . . almost 48% of the White votes. John Mc Cain, who was a pretty good man, got just a bit over 4% of the Black votes. The highest percentage of real racists in this country are probably not going to be found among the White voters. Let us just say that if 8-10% of the Whites in America could be called serious racists then perhaps 40-50% of the Blacks might vie for that dubious honor.

Talking more personally about racism, President Obama listened for 20 years to Jeremiah Wright spewing hate from the pulpit before the cameras caught that magic “God Damn America!” moment as he proselytized about White’s treatment of Blacks in the United States . . . perhaps Obama and his administration and his fellow Dems are just accusing others of what they themselves are guiltiest about? Last time Rajjpuut looked, none of his ancestors ever owned a Black slave or even an indentured White servant; indeed Rajjpuut personally kicked the crap out of two much bigger (thankfully drunk) White fellows verbally assaulting a trio of Black girls so quite frankly accusing the Ol’ boy of being a racist or of being responsible for racism in this country is pretty darn stupid and yet that’s precisely what the Dems are doing . . . accusing every TEA Party advocate of hate and racism. And why? Just to detract the attention of the sillier branches of the media from the justifiable attacks on the Dems in congress for their anti-constitutional tax and spend and magnification of already too-big government agendas. Obama and his ilk have been playing the racism card for almost 40 months now on the national stage. It never was true, it isn’t true now and he ought to apologize right now. Fat chance of that man ever admitting a mistake, eh?

By the way, the Dems’ accusation that the TEA Party is made up of extremists and radicals was put down recently by not one but four different polls showing the TEA Party make up to include roughly 58% Republicans, 28% Independents and 14% Democrats; and another poll that showed that on most issues people in this country trust the TEA Party more than they do President Obama 48% to 42% and far more than the Democrats in Congress 21% or the Republicans in Congress 27%. And yet another poll by the mainstream media showed that 62% of TEA Partiers call themselves conservative; while 28% call themselves moderate; and 9% call themselves liberal; and while 34% of ALL Americans prefer Democratic candiates and 32% prefer Republican candidates; 28% prefer candidates supported by the TEA party.

On a related front, several TEA Party groups have created the National TEA Party Federation (NTPF)** and this central group has also announced alliances with the National Taxpayers’ Union and the following other organizations with fiscally-conservative agendas:

** http://video.foxnews.com/v/4142953/introducing-the-national-tea-party-federation/?playlist_id=87249
Said Arkansas Ex-governorMike Huckabee talking about the NTPF, “Pedophiles are more popular than members of congress right now." as he presented a very perceptive look at the growing TEA Party movement despite the contempt and unfounded accusations thrown their way by some Democrat members of congress.
Read more…