Teacher unions and anti-gun radicals use kids as cannon fodder

Over the past few weeks, we’ve observed a disturbing scenario unfold nationally and in West Virginia.

Teacher unions in West Virginia and the anti-gun crowd nationally use a despicable tactic notoriously employed by terrorists. They march and hide behind children, symbolically shouting, don’t dare to attack us; an attack on us is an attack upon children. Their drumbeat is always, “We’re doing this for the children!”

These tactics of using unwitting minors as instruments to further their anti-gun or any other agenda are contemptible. Indoctrinating the young and naïve into believing the talking points of tyrants is the foremost undertaking of unprincipled, leftwing fascists.

When the anti-gun vultures swoop down to feast on their favorite disaster, we must ask what malevolence these people have in their heart.  Every thinking person knows positively that banning guns in schools attract unhinged maniacs determined to kill children. Therefore, we should conclude that their narrative must be; more victims - more powerful argument for disarming Americans.

The same liberal morons that demand we leave children undefended and defenseless are the ones screaming the loudest when the obvious and inevitable occurs.

The truly amazing thing is nearly all mass killings, gang killings, and drug violence occur in neighborhoods, cities, and states controlled and administrated by Democrats. Moreover, all are areas with the strongest, most oppressive gun control laws in the nation.  Disarming people obviously cause more killings of innocent Americans because killers know in advance where the softest targets exist.

The reason liberals hate the Second Amendment is obvious; nearly everyone in their Covey is a liberal, and they can’t imagine such birdbrains owning or having access to guns. It naturally follows they think conservatives are total idiots, thus, even more dangerous.

If the teacher demonstrations and anti-constitution marches tell us anything, it’s that extortion, intimidation, and bullying works. It especially works when teacher union members accost, demean, harass, and verbally assault state delegates and senators. The professionalism of teachers engaging in this vile conduct must be questioned and their actions condemned. West Virginia teachers received pay increases at the expense of education and by sullying teacher reputations.

Schools and teachers involved in these protests over gun ownership and illegal strikes over wages are usually radicalized union comrades and members of the Marxist Democrat Party.

The Democrat Party is the biggest enemy of gun rights in our nation largely because they universally believe that American citizens have no right to self-defense or own guns. Passing anti-gun laws and nullifying the Second Amendment shows ignorance or contempt for the Bill of Rights.

Electing any Democrats to federal, state, or local offices increase the Party’s overall strength and can tip these controlling bodies to continue the fight to disarm Americans. Just one more Democrat in the House or Senate could make the difference between tyranny and liberty.

Even when a Democrat feigns support for gun rights, like Democrat Senator, Joe Manchin of West Virginia, he adds power to the anti-gun Democrat Party and lobby groups. Manchin thinks the Second Amendment is all about hunting. Manchin is worse than a wolf in sheep’s clothing; he’s a chameleon and a charlatan, able to change his appearance on issues based on the group he is regaling. He’s announced with great clarity when talking with liberals that the Second Amendment is on the table for discussion.

Placing signs at a school announcing hundreds of children are unprotected can result in nothing but temptation to a homicidal maniac. One would have to be devoid of any common sense to believe otherwise.  Would any of the lunatic-left post a sign in their yard or on their door announcing they are unprotected by guns?

Hanging on the cloud of liberal idealism makes progressives lose touch with reality. These disciples of disinformation and indoctrination are either blinded by the bright light of real solutions to violence or willing to allow higher death tolls to keep the gun-control issue alive and in the forefront of media and the leftwing establishment. Reality, even to these mental lightweights, tells them that gun control laws will not stop mass killings. Confiscation of firearms and elimination of the Second Amendment is their ultimate goal.

In 1960 Kansas, almost everyone I knew seemed happy and content.  I did not know anyone who didn't have a father and mother, at home, and divorce was nonexistent. I was 10 years old.  We walked or road our bikes to school.  We came home for lunch which our mother fixed!  My older brother and I ate super every night with both parents who played games, like Bridge, with us afterward.  On weekends we fished, hunted, or drove to Kansas City to see our relatives.

We loved to be outdoors, even when the weather was unpleasant.  My brother and I would brag we could go to a fixing spot and catch a fix just from what people left behind.  Our poles were branches.  Usually a hook was around.  A twig was our bobber. We built sod forts and staged dirt clod fights with other kids.  There was plenty of spare wood around to make swords, and use trash can lids as our shields.

In the Summer we would ride our bikes downtown to swim at the public pool.  My mother would take me to the golf course to walk and carry my own bag of clubs. Church and church activities were a large part of our lives.  It seems you were either a Baptist or Church of Christ.  We managed to get along with each other.

In school the day was started with the Lords Prayer, and saying the Pledge of Allegiance. Our teachers were  like aunts and uncles and most people learned and memorized things like our spelling words and multiplication tables.

My father gave me a good allowance.  I wasn't happy with that and arranged to sell TV guides door to door.  I made 4 cents a copy.  I enjoyed working with my father on Saturdays in the yard or home.  As I got older, I started selling stamps by mail and published a newspaper for stamp collections from a mimeograph my parents bought we for Christmas.

How I cringe at the youth of today.  They can't talk, spell or make change.  The can punch  keys all day long and use four letter words with ease.   One author referred to them as "deluded narcissists."  The self absorbed society we have created should worry any patriot.  Only 20% of high school student in my state know why we celebrate the 4th of July.  I bet they know the name of every Ipod out there. 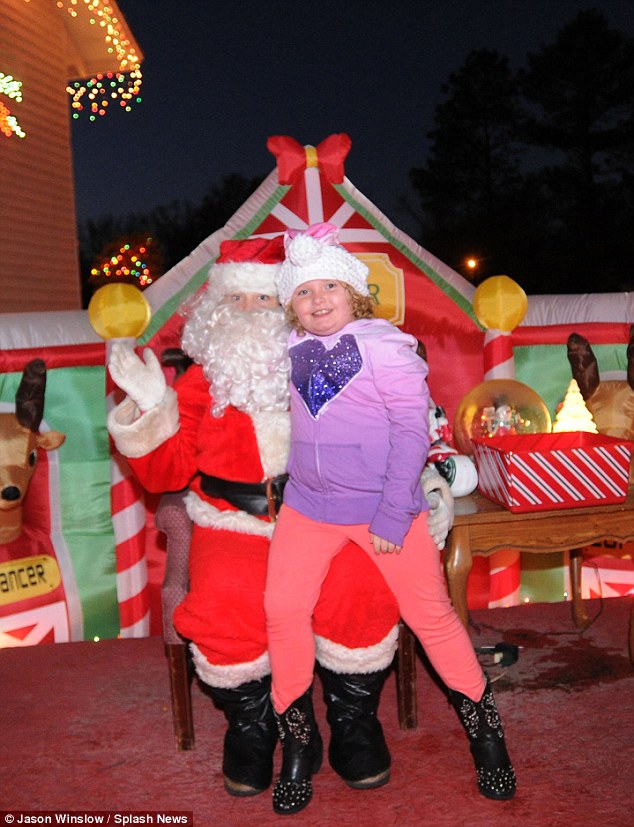 Honey Boo Boo is an eight-year-old beauty queen that has captured the heart and soul of reality TV watchers all across the nation.  Of course for the most devout fans they fully understand the meaning of being “redneckognized!”  Everything about Honey Boo Boo, showcases that dynamic pint-sized personality which assures she is the true queen of “Toddlers and Tiaras.”

There is more to the star’s TV fame  on “Here Comes Honey Boo” for Alana Thompson , Honey Boo Boo, real name.  Underneath all of the makeup, glitter and spurts of child-like behavior is a giving heart.  It is that giving heart that neighbors of her and her family in their Georgia neighborhood appreciate.

The Thompson family always seem to find ways to showcase their hallmark  sensitive and compassionate side, which at Christmas is demonstrated through Honey Boo Boo’s family’s designated giving to the group Wilco Luvs Kids, reported the Daily Mail.

According to the Daily Mail, their charity benefits many needy families during the Christmas holidays. The family is now celebrating its fourth year of  charitable giving.  Mama June who leads the holiday effort  spearheaded the raising of  over $15,000 for needy families by launching a Christmas toy drive.

If you are like me, you want to do everything you can to pass freedom on to the next generation. That is my mission with We The Kids (www.wethekids.us), a patriotic, freedom-loving web site designed for kids all across America.  Our We The Kids Reporters are blogging about American history in their own towns and states, interviewing their state legislators and Congressmen and Congresswomen.

Here is what Chuck Heath, Jr. (Sarah Palin's brother) said about We The Kids: "We the Kids is a wonderful site where kids, parents and educators can reconnect with out amazing history in a fun and informative way.  Who knows? Maybe one of this site's viewers will be inspired enough to become the next Sarah Palin!"

Here is a sample of what you'll find on We The Kids:

2)  A report on the White House Association by Catherine, age 12

4)  A brief history of the Pledge of Allegiance like you have never heard before.

6)  Links to various museums around America

Please visit We The Kids and get your children and grandchildren actively involved in discovering the rich heritage of freedom in America.