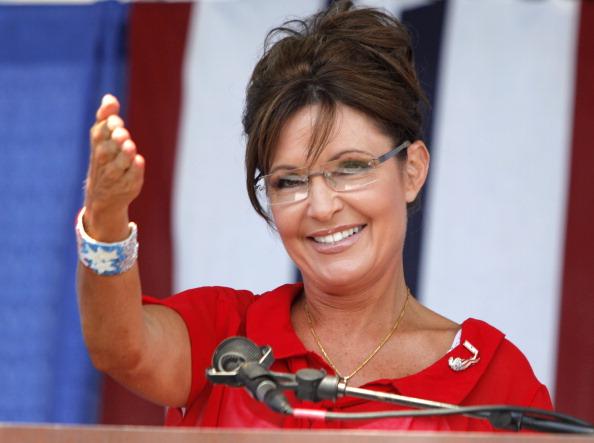 This week former Alaska Governor Sarah Palin penned an article on Facebook with the title "Obama's Shuck and Jive Ends With Benghazi Lies,” This has set off a firestorm of criticism throughout the liberal punditry world.  MNBC’s Chris Matthews has railed against Palin, calling her comments of having "a particular ethnic connection" and that she aimed "to throw it at the president as an ethnic shot is pretty blatant."

What about President Obama’s own White House Press Secretary Jay Carney, who used the phrase last year in September 2011?  In talking to the press corps at the beginning of a White House briefing, he stated, "Sorry. I'm going to shuck and jive! Time to shuck and jive."  So America gets it, only certain people can say it. Where was the liberal rap on the knuckles for insulting black people or his boss?

Should Chris Matthews and other liberals, receive a free pass when they have used the phrase on several occasions without similar howls of protest.

In fact, Chris Matthews the self appointed defender of the liberal faith used the phrase in 2010 when fellow MSNBC pundit Rachel Maddow was discussing her ratings driven trip to Afghanistan.  Matthews reportedly asked Maddow, “What has it been like, as you shuck and jive, hang out with the men over there, the women over there, in uniform risking their lives every day?”

Did Matthews become suddenly affected with “Obamnesia,” the known malady which infects liberals’ with sudden outbursts of hypocrisy and a temporary loss of liberal fictional talking points?  Matthews clearly had a strong case of this.  Yet, where was the outcry from the defenders of the liberal faith?  Was Matthews hoping that Maddow would discuss how she found proud black soldiers risking their lives, engaging in being foot shuffling’ Negros?

What about New Governor Andrew Cuomo, who while New York Attorney General, in 2008 targeted democrat presidential candidate U.S. Senator Barack Obama for his all too frequent side stepping of the facts?  Out of frustration, Cuomo blasted Obama in a radio interview by stating, "You can't shuck and jive at a press conference!"

Where were the liberal siren and alarm bells in 2008?  Where was Chris Matthew’s denunciation or even Rev. Jesse Jackson, or the other liberal pundits?  Meanwhile, some of the liberal cleanup crew likened Cuomo’s comments to a boxer who was “bobbing and weaving” around the facts.  So was it racist or was it inarticulate?