On July 4th, we celebrate our nation’s birth and this year, 2018, it will be the 242nd time we have done so but that date, while by no means suspect, should be seen in context. One of our founders thought the celebration would occur on a different date and he, in no uncertain terms, put it in writing using the social media of the day.

The date was July 3rd, 1776 when John Adams,a prolific letter writer and a visionary founder of our nation penned a letter to his wife Abigail. Adams, in which he made what at the time was a series of bold predictions.

“The second day of July, 1776, will be the most memorable epoch in the history of America. I am apt to believe that it will be celebrated by succeeding generations as the great anniversary festival. It ought to be commemorated as the day of deliverance, by solemn acts of devotion to God Almighty. It ought to be solemnized with pomp and parade, with shows, games, sports, guns, bells, bonfires, and illuminations, from one end of this continent to the other, from this time forward forever more.”

Adams missed the mark by 2 days, believing that the day the document was presented to the Continental Congress, not the day it would be adopted, would be the celebratory day, but this excerpt from a simple letter offers much more, I believe, than a 48 hour premature pronouncement of celebration. 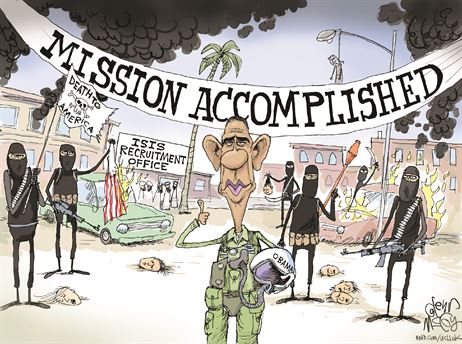 Whose side are you on: America, our Constitutional freedoms based on Judeo-Christian values, and our American flag ’OR’ Muslims, Islam, the Quran, and Sharia Law.  http://www.history.com/this-day-in-history/to-the-shores-of-tripoli

The Marines' Hymn and their historical fight of Muslims http://www.history.com/this-day-in-history/to-the-shores-of-tripoli.

The Democrat Party insults President Thomas Jefferson and other Democrats by their continued support of ‘Islamic’ Muslims over the USA https://www.city-journal.org/html/jefferson-versus-muslim-pirates-13013.html.

Other Presidents followed in their support of the USA, our constitution, and our American flag.

Sir Winston Churchill wrote on his battles and wars against Islamic Muslims http://thefederalistpapers.org/us/winston-churchills-brutal-takedown-of-islam-means-more-today-than-ever.

Today, a majority of Democrat Party leaders continue to welcome more ‘Islamic’ Muslins into the USA whose determination is to destroy America, our Constitution freedoms based on Judeo-Christian values, and our American flag.

Islamic Muslims live by and practice Islam over Judeo-Christian values, Sharia Law over our Constitution and the Quran over our Holy Bible; all with the determination to destroy America.

Yes there is a Historial message of America and our Constitutional freedoms in the wars against Islamic Muslims for more than 200 years.

When will we all learn?

In the North New Jersey /New York City area, to assist and further his next years campaign in the 37th District of New Jersey. You may contact me at my e mail  jimmygencarelli@gmail.com or directly by phone 201-242-9425.....We are attempting to build a coalition of members  that are very technical and able to assist members obtain election thru aggressive campaigning next Nov 2015.

Thank you all kindly for your consideration. 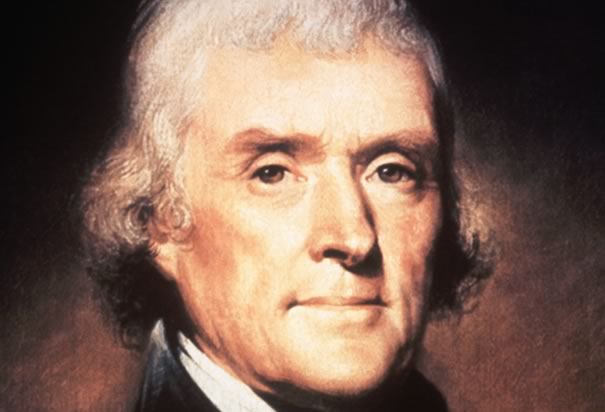 The democracy will cease to exist when you take away from those who are willing to work and give to those who would not.
Thomas Jefferson

I predict future happiness for Americans if they can prevent the
government from wasting the labors of the people under the pretense of taking care of them.
Thomas Jefferson

Let’s quit talking and become aggressive and active – let’s take back our Country. First we have to do some homework, but the good thing is you can do it in the comfort of your home without NSA snooping.

In ten minutes I located some website that we can all use, but first let’s coordinate and get a great message ready before we start this job.  Who is holding up there hand out there????  We need to locate every Obama website, every Democrat and Republican website and form a list for all tea party members Nation wide.  The worst thing can happen is they remove us from their email list but the comments on facebook and twitter could drive them  crazy if we all started using their sites.

PS> The Fight to take back our Country is just beginning.  Need to contact Rush, Mark, Hannity, Greta, Kelly, even old O’Reilly and get them to work with us by posting our messages alive on National TV

Let’s start with encouraging the Senate not to pass the budget!  We have two days to work on this one if everyone will take time to do it and ask other tea parties to participate.

https://petitions.whitehouse.gov/petition/create  CREATE  A PETITION TO THE White House to defund Obamacare -  need som eon e  to create the petition and than we can go on from there…  We can all sign this petition once it’s created.

http://www.whitehouse.gov/engage  at the bottom you will see guide to emails, phone and place for feedback.gov  Very important to start using this daily if possible.

http://www.whitehousedossier.com/contact/   go to contact and use Keith Koffler’s snail mail

For those who use Facebook go here and give them a serious nudge.  https://www.facebook.com/OpinionatedDemocrat

Another Facebook site for Liberal Democrats – go for it.

TRY THIS FACEBOOK SITE FOR SIZE ON PROGRESSIVE DEMOCRATS  https://www.facebook.com/PDAmerica

Ben Franklin, Thomas Jefferson, Samuel Adams, and George Washington, do these names make you proud to be an American?

What makes them a Renaissance Patriot? If we look at what these founding Fathers had in common could we stack up?

All these Heroes had different back grounds before and during the American Revolution, some had a formal education while others were self educated.

Of them I think Mr. Benjamin Franklin was the most rounded of them all in the terms of a ‘Renaissance Man’.

Mr. Franklin was a self educated person, having started working at a young age as an apprentice for his Uncle at a print shop.

Although very few historians actually touch on the work experience young Mr. Franklin did, you would have to imagine that the work was physically demanding even at that time period in American history.

Mr. Franklin was famous for different things, discovering electricity, inventing the ‘pot belly stove’ are among his accomplishments, he was also instrumental in the writing of the US Declaration of Independence and the Constitution of the United States of America.

These are a few of Mr. Franklin’s varied accomplishments; our historians will embellish or reduce his work towards making this the Greatest Nation in the history of the world.

My question still stands: “Are you a Renaissance patriot?’

Most people today have at least two years of college (I do) and have a few talents.

Unlike Mr. Franklin’s time we do very little hunting and gathering for our survival (unless you call shopping at the local super stores hunting and gathering) because our society has innovated to a point where all our needs are produced and brought to us by others in the Free Market system we have created over the centuries.

“I have little doubt that if a disaster hit this Great Country that a lot of people would not survive past two weeks.”

My reasoning for this statement?

Because on a whole our society has moved from the ‘hunter/gather’ society to a higher plain of existence, where food and shelter is provided for monetary gain by other individuals.

I am not saying that this is wrong what I am saying is that we as a society have lost some of the things that makes our Fore Fathers and Founding Fathers the Renaissance Men of their time.

I doubt seriously more than 0.01% of the US population could hunt for food or more than 0.1% could actually till the soil, plant the seeds, and harvest the crop that they grow.

Of course the cautious person will have stockpiled (do not confuse this with hoarding) enough food for a minimum of two months along with the necessities for survival in the event of a disaster.

This type of planning is wise because a natural disaster can strike anywhere at any time and those that denounce “being prepared” as unpatriotic or even criminal are just stupid.

These are the people that would vote for a tax increase on you to pay for their survival or would try to take what you have when a disaster strikes. (During the flooding of New Orleans in 2005 shop owners were disarmed by the local police, then the thieves broke in to shops and stole what ever they wanted. They were not looking for food and survival goods no they were stealing TVs, stereos, and anything else that they took a fancy to.)

A modern day Renaissance person would have varied talents such as the ability to hunt or gather the food and materials to survive.

Other talents that would be handy would be the use of non powered tools; can you use an ax properly? Do you own wood working tools such as a hammer, saw, maybe a plane?

If your car broke down could you fix it? (I hate to say this but if a car made after 1991 broke down electronically you could not fix it, neither could I and I am a certified Computer Technician). Such as: could you remove a starter and repair it if failed?

If the USA was attacked by a belligerent nation could you survive with out your computer, cell phone, or other electronic devices?

This is not a scare tactic but a reality in the world of today. There are enemies of this Great Nation that have plans to take out any electronic device that is not shielded or hardened in such a way that electro magnetic impulse (EMP) will not affect it. (Are you aware that a car built prior to 1984, and not modified to have an ‘electronic’ ignition, will survive an EMP attack?)

When you bought that fancy new telephone with all those neat new features did you happen to keep that old rotary dial phone? Your fancy new phone will not survive an EMP attack but that old rotary phone will and so will 90% of the phone lines in the USA. (Garage sales anyone?)

The more people that have those ‘Renaissance’ talents we as the Greatest Nation this world has know will be able to over come natural disasters and attacks by enemies foreign and domestic.

Considering the state of affairs in the USA and the world today would you consider learning a few of these talents that would insure your families’ survival in the advent of a natural disaster or an attack from a foreign or domestic source?

A Renaissance Patriot would …